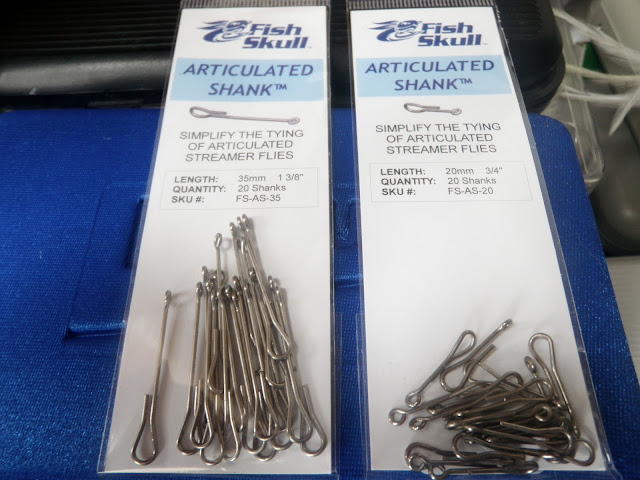 Saturday I stopped by Marriott's to pick up some leaders for our outing on Sunday. I was cruising down the aisles and noticed these Fish Skull articulated shanks. Since last summer I've been on abit of an articulated fly craze so I decided to pick up a couple. One in 20mm and one in 35mm. They had one size larger but I decided to try these ones first before I go bigger.

I was playing around with them and tied three flies. One using the 20mm and two using the 35mm. For the smaller of the two I tied a small trout baitfish pattern. I didn't quite like how the 20mm came out and will have to rework it but I did like how the 35mm came out. One is a squid pattern and the other is a leech pattern. I've always liked my buddy, Kyung Kim's squid pattern but its just too big, too heavy when wet, and too complicated to tie. I wanted something easier. We'll see if mine is anywhere close to as successful as Kyung's. 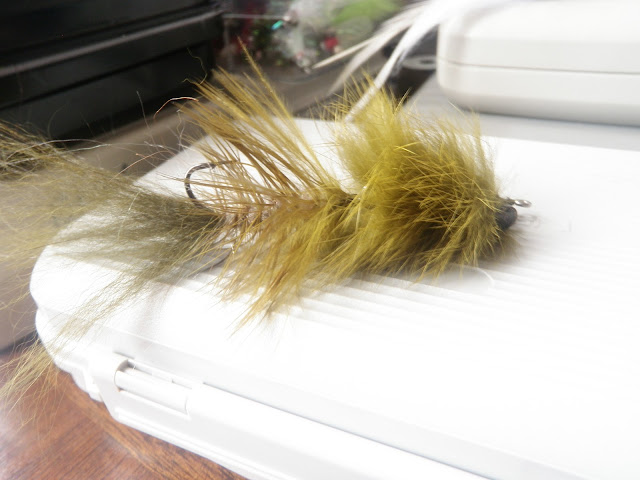 I'm not quite sure how I feel about these shanks. It might be easier to just use two hooks attached by heavy mono. Tying with the shank is somewhat problematic as it does not have a bend that the vice can grab hold of easily. I'm still working out all the kinks, so we'll see if I decide to continue using them after the pack runs out.
Posted by gourmetsportsman at 1:08 PM