Training With An American Hero 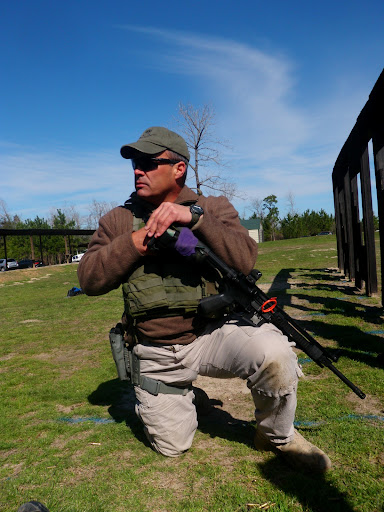 If you don't know who ex-Delta Force operator Paul Howe is, I'd suggest you read this or the more detailed description here. He is a great American and a great guy. As you can tell by this blog my interest in guns generally favors fine guns or classic guns and not toward black guns even so I did purchase one a couple years ago. My lack of knowledge on such a gun made me want to seek professional training to help me feel more comfortable with the system.

I chose to train with Paul over others because of his experience and his philosophy. Paul stresses accuracy over speed which I wholeheartedly agree. I suppose this class may turn some people off as it is not a "cool guy" class. There is no fancy maneuvers, no point shooting, no shooting on the move, no high speed tac reloads, no ninja rolls, or any silliness or anything remotely dangerous. There's not ever alot of shooting compared to other classes. In total I believe I shot 500 or so rounds. I had brought 700 rounds of surplus green tip on stripper clips. At the end of the day 2 I had at least 6 or 7 boxes (each box holds 30) left that I gave to Paul since I couldn't travel with it due to Jet Blue's silly rule. They do not allow boxed ammo in the same case with the gun.

Classes are assisted by instructor/students. These instructor/students arrived four days prior to our class. There Paul teaches them how to teach others using his methods. Each must pass his standards to move on to the 2 last days where they are assigned a student to assist him on each method. Our instructors were mostly Army reservists from Oklahoma but we also had a Texas sheriff, and a doctor. They were great. The Reservists were good ole boys who were some of the nicest guys ever. And they were a hoot as well. The instructor/ student ratio was almost one to one. 22 students to 17 instructors. I shared my instructor with a great shot from Houston named Lee.

Paul lays down a foundation known as his standards, various shooting positions at various distances that must be meet under a certain time. It is not easy. He says use his standards as an analogy to a gym program. Every time you go the gym, you don't just go in a start lifting, you have a list of workouts you do for the day. His standards are used much in the same way. After this course you can take it home and use it to practice all you have learned here.

On the first day my T1 red point optic failed on me, requiring me to shoot with my iron sights. Since I have poor vision, I knew I was going to have an even harder time now. Lee graciously offer me his spare Aimpoint CompM3. I originally accepted but later declined. I figured I better learn to shoot irons well, in case my optics ever fail in real life. 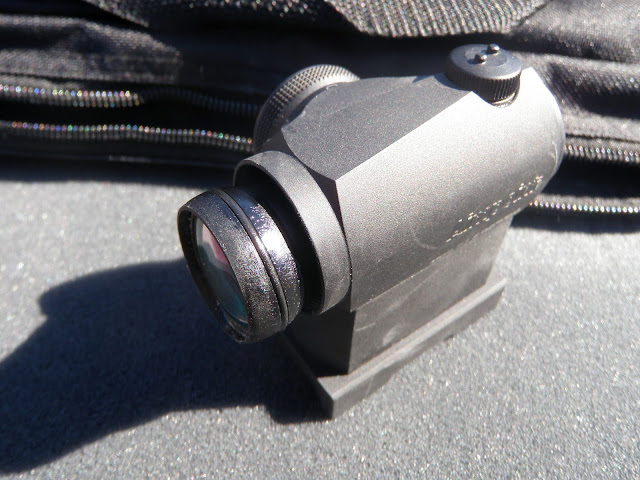 My shooting definitely improved by the end of training. I was easily engaging targets at up to 300 yards with irons. I would have never taught I could do that prior to coming class. Paul teaches finding your natural point of aim to allow you to shoot more accurately while shooting faster.

The first day we learn the shooting system and all the standards. This is the day where most of all the shooting occurs. The following day we were split into two teams. One team would start with the "scrambler," which is a course where you run to each target and engage steel anywhere from 100-300 yards away using various shooting platforms. The course also includes some pistol shots as well. This was a hoot. The other team would start with a tactical lessons from Paul. He taught how to approach a barricade and use it for cover. After that he taught us precision hostage shooting. On his hostage targets his daughter is used as a model so don't miss. The next module was shooting shirts. This was to show us that in real life there are no references as there are in paper targets. Once that was completed we began shooting the 100-7 drill and then started the standards, recording our times to see where we needed to practice. The class concludes with Paul giving a demonstration on how to properly clean an AR. He likes the gun lubed and wet.

The things I learned:
Why he uses a 100 yard zero.
Finding your natural point of aim.
Supporting the gun with bone and not muscle.
Keep the AR wet.
Texas has some of the nicest people I've ever met.

Given Paul's credentials, the $450 ($50 of that is for lodging at the barracks, otherwise its $400) is quite possibly the greatest deal in tactical training. 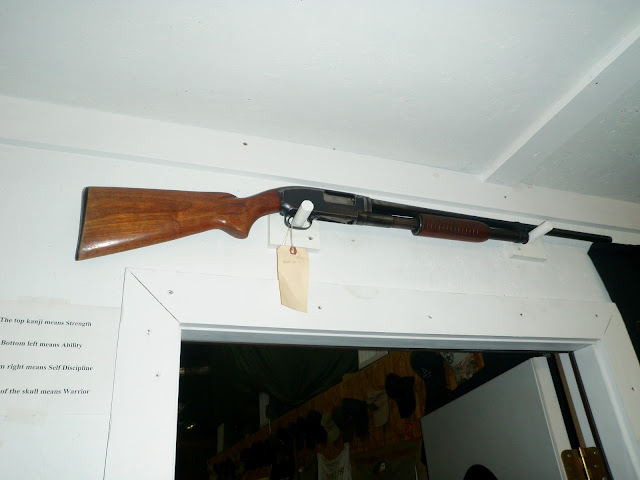 Paul is approachable and will answer any question you ask him. He gives you a honest answer for why he chooses his methods and techniques and why he doesn't use others. He has no tough guy attitude or any false bravado like many other tactical trainers out there. I can tell he is comfortable in his own skin and doesn't need to prove that he is a bad ass. He knows it and people around him know it too. I taught it was funny when he made a comment to his wife, who is very attractive, that she knew he was on a diet yet she baked him cookies. Connie basically just rolled her eyes. I taught it was funny that a man who passed probably the most rigorous and demanding selection process in all the military and survived arguably the most deadly battle in modern warfare didn't have the strength to resist his wife's homemade cookies. Paul is a great guy and I like him even more since he has a Winchester Model 12.

I hope to return to Nacogdoches to train with him again.

Posted by gourmetsportsman at 10:59 AM