Penne with Rabbit and Mushrooms 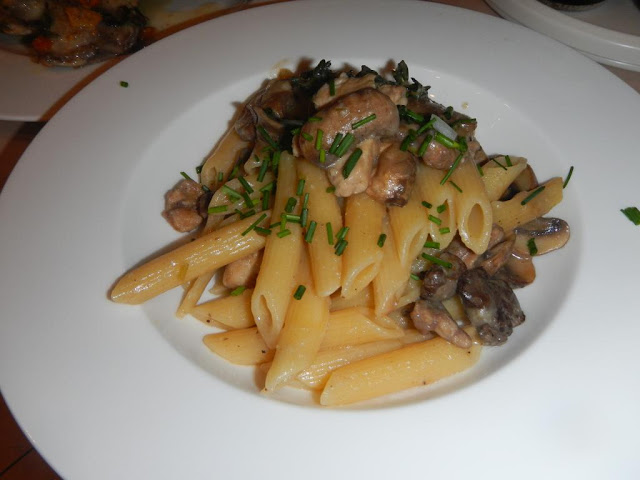 I decided to put to use the bounty of the last hunt.

Ingredients:
Saddle of Cottontail Rabbit and liver (you can use the legs if cooking for more than one person)
Mushrooms
Diced Shallots
Green Onion
Butter
White Wine
Chicken Broth
Fresh Herbs- I used Chives, Thyme and Rosemary since that is all I had
Penne Pasta
Parmesan cheese

Dice the liver and saddle of the cottontail in bite sized pieces.  Slice the mushrooms.  Chop the herbs.  Grate the cheese.

Cook the Pasta in salted water.  Heat butter in a pan and add the diced shallots and green onions.  When cooked add diced rabbit until half way cooked.  Then add the sliced mushroom and herbs.  Deglaze with the wine and broth.  Reduce liquid to about half.  Add cooked pasta and toss. Retain the cooked pasta water. Then add the cheese and toss.  If the pasta is too dry add pasta water.  Of course season along the way.

How To Use a Bird Knife Gut Hook

Over the years I have been asked how to use a gut hook on a bird knife, I've even seen the same question asked on internet hunting forums.  So I've posted this video to help anyone who is still looking for an answer.

Pluck the bird first and then follow the video.
Posted by gourmetsportsman at 4:45 PM No comments: 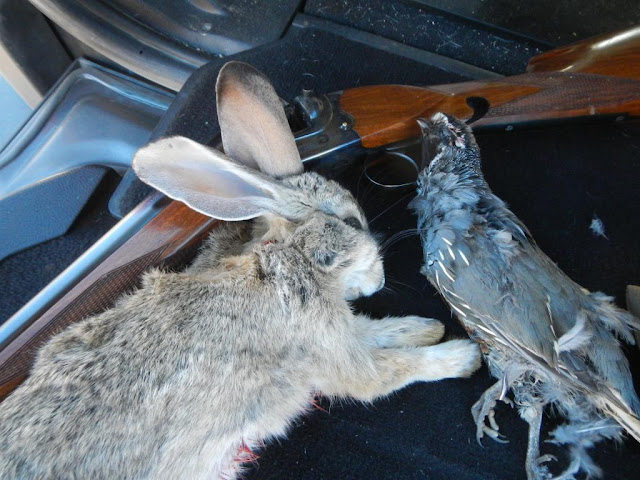 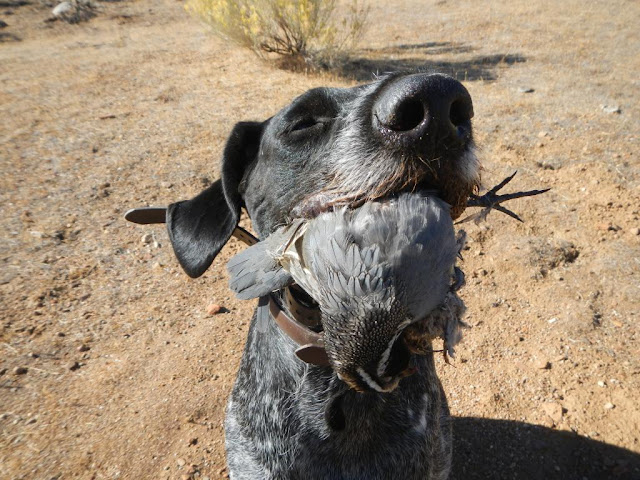 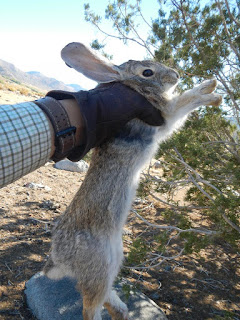 It's Going To Be a Tough Year! 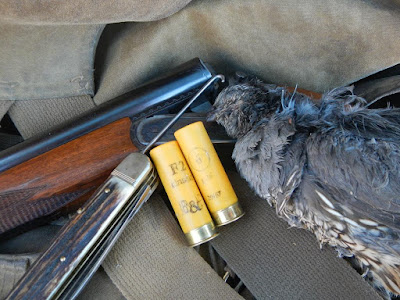 Funny, I started this blog three years ago, as my personal hunting journal.  Prior to starting this, I had hunted at least 30 days of the 90 (or 120 if you count the early mountain quail season) bird hunting season.  Since starting this blog though, those days dwindled to pathetic numbers, as seen by the number of actual hunting posts within this blog.  I hope to rectify that this year although, I don't think I'll be getting to the 30 days from the past, I certainly hope the hunting posts do increase this year. 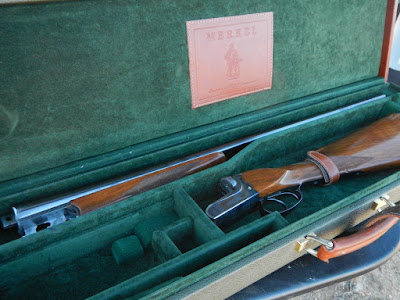 The old man and I decided to take a day and half hunting trip to my usual locations.  We left here around 10am so that I could bypass all the downtown LA traffic.  We made good time as I decided to drive around LA, although it was longer in distance, the lack of traffic saved us much in headaches and time.  While reaching one of my honey holes, I noticed all the dirt roads that allowed access were now posted with "No Trespass" signs.  Great.  The only way to reach my spots legally, is to park on top of the mountain traverse ascend toward the public lands.  Well having forgotten our sandwiches in the car, not having breakfast, and not being in hunting shape, and the combination of higher altitude air, I quickly gave up this idea after about a half of a mile in.  We headed back to the Rover and I decided to hit another not as "honey" but good enough hunting hole. 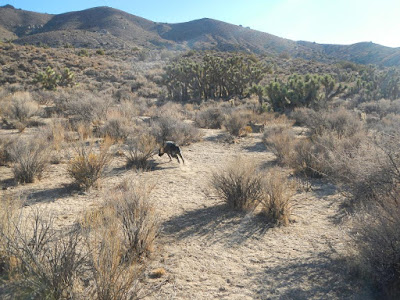 The drive to this area from the honey hole is not far.  We made it to to Joel's Spring and parked as we ate our sandwiches to fuel up.  Within the first 10 minutes of the hunt Kaiser and I were on birds.  A covey of about five flushed wild in a an area that kaiser was working.  On my first shot, I managed to hit a female valley quail with my 20 gauge size 6 B&P F2 ammo out of my IC barrel of my Merkel 47e.  She fell out of the sky like a sack of potatoes.  Although some consider it too big, I've decided to start using size 6 shot for quail.  By using it, I cripple less birds and most die immediately making the birds easy to find for the dog.  I can then spend less time searching for a downed bird and more time actually hunting.  Also if I run into chuckars, I will not feel undergunned.  For the rest of the day we were finding singles or pairs.  No big conveys.  Most of these birds were smart, holding tight, and flushing behind a tree or other obstacle so making it impossible for a shot.  We came home with only one bird this evening hunt.  While driving out, as the sun was making its last appearance of the day, a covey of 15 quail flushed in front of the road toward the safety of their roasting area for the night. We made no attempt to go after them as we had only a minutes of light left.  We headed to town for a nice hot Italian meal before we headed to out motel to rest up for tomorrow.

Posted by gourmetsportsman at 7:15 PM No comments:

It seems like a silly thing to write about, lacing up your boots.  But when I bought my Meindl boots  at AJ Brooks in Vancouver years ago, the owner gave me a valuable tip.  Like most people, I used to lace my boots, placing the lace into the boot eyelet from underneath.  The gentleman at the store told me, rather than doing it that way, I should wrap the lace from the top down.  That way the lace is less likely to slip and you'll get a firmer warp around the ankle.  I also rarely have to adjust my boots when I'm afield when lacing this way and tying with a double overhand knot to secure it.  I have tested it in the past years and he is right and I even do it to my wading boots as well.  (Actually I did before I went to the BOA system).  I have never met anyone who has ever laced their boot the same way, nor have I ever seen it worn that way in the field.  So I figured to write about it here.  Try it.

Posted by gourmetsportsman at 5:53 PM 2 comments: