For months now I've tried to finish this tribute to Kaiser. Overwhelmed and not sure exactly what I wanted to add and how I wanted to edited it, I started and deleted more than a few attempts. Then I just held off on completing it out of frustration. Last night I realized today would have been his birthday and decided I would complete it for this day. Not sure if this really how I wanted it to turn out but this is what I put together. Kaiser would have been 10 today.
Posted by gourmetsportsman at 11:10 AM 5 comments: 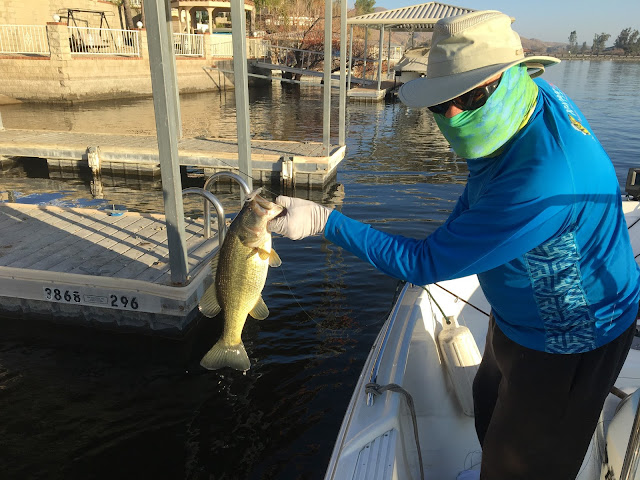 Luc has come back from his peacock bass Amazon trip.  He invited me to the lake so that he could return my GoPro to me that he took with him to Brazil.  Unfortunately he never did use it so I don't have any fishing footage to edit for him.  He did say that Mikey Wier was part of his group and he did alot of filming so Luc didn't even bother. 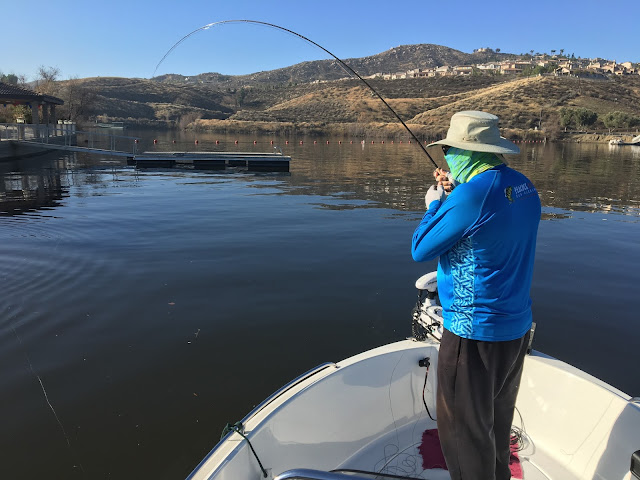 This years we are having another warm California winter with temps at Canyon in the mid 80s.  Water temps almost 60 degrees.  Luc was on relatively early with a handful of 2 to 3 pounders.  I had a couple strikes early as well but failed to connect with any.  We are fishing heavy full sinking lines.  Using traditional bass master style hook setting methods is not ideal as it requires you to fight the water resistance of the heavy flyline while lifting your rod.  Of course if you are programed innately to set the hook this way like I am it is hard to change.  When fishing deep sinking lines it is best to hold your rod and pull straight back not changing the rod angle.  Think about it like someone bearhugging you and you elbow them in the stomach to get them off.  I had this in mind when the first few fish struck my fly but I half assed both methods trying to correct myself in mid strike. If you err, you must commit to it and not try to correct it in mid form like I was trying to do. 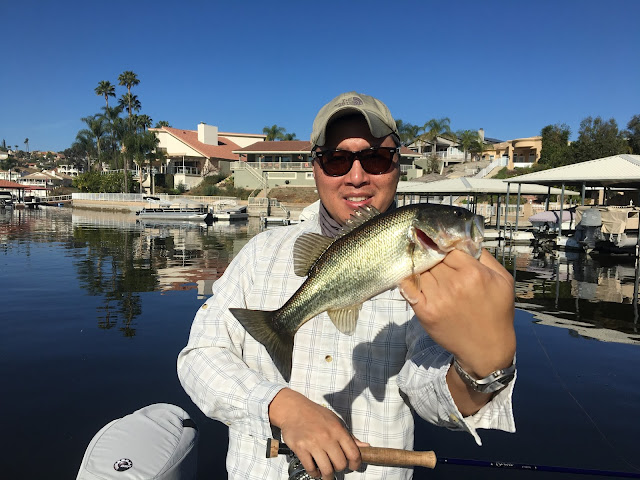 Eventually I switched to a smaller fly, a Cheech's Low Fat Minnow by Curtis Fry as it more closely resembling the size of the typical shad in Canyon.  Eventually I had a strike and while I half assed the hook set again, I managed to get this one hooked, mostly because the bass inhaled the fly.  So he did 98% of the work.  Nonetheless I managed my first fish of the year after four outings.  It was a small bass maybe if I'm generous, a pound in weight. 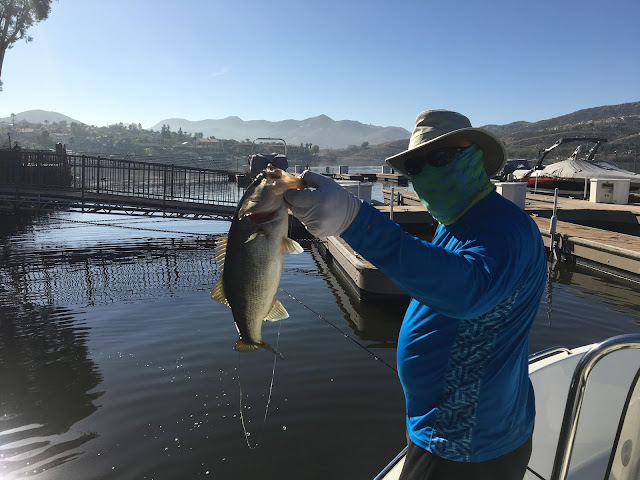 Luc managed a handful of healthy fat fish and lost at the boat one that was in the 4-5 pound class.  So now that I've manged to wipe the skunk off the year, it would be nice to finally get a decent one for the year.
Posted by gourmetsportsman at 9:54 PM No comments: