Posted by gourmetsportsman at 1:35 PM No comments: 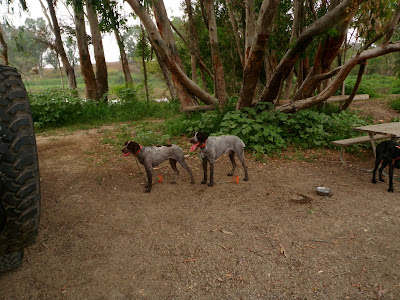 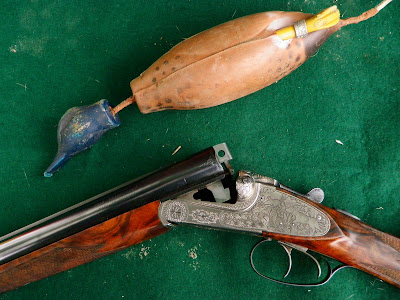 Posted by gourmetsportsman at 1:02 PM No comments: 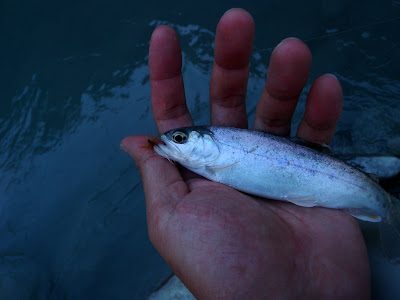 Because I've been busy with work, I haven't done much other than that. I was supposed to do some dog work today at Prado but I decided to fish with Ed instead. I'll save the dog training til Friday.

The last time I fished the East Fork, the river was running high and fishing was beyond tough. Although we managed a few, it certainly was probably one of my worst outings there until today. This time the river was low, making wading a breeze. Unfortunately the water was milky and once I waded through it, I noticed that the floor was completely covered in silt. Looking at that water I commented to Ed that we ought to be fishing for lake trout. It honestly looked like glacial river water. I figured the fishing was going to be poor. I managed several dinks on my first several casts. Perhaps it was not going to be that bad after all. The first hour fishing was not difficult, the river fished as I always remember it. Fish were where they were supposed to be and they came up to take a perfectly placed dry. One thing though is holes, pockets or any "fishy" water would only produce a trout or two at most before that hole died. Normally these areas would produce at least a dozen rises.

About an hour fishing, the fishing essentially stopped. Trout would rarely rise to a dry. In fact I managed only a few after that. Ed commented how warm the water was, I had a hard time differentiating as its been some time since I've been on the water. This most have been the culprit. Ed managed more than me during this time as he fished wet and subsurface. I refuse to do so on this piece of water. 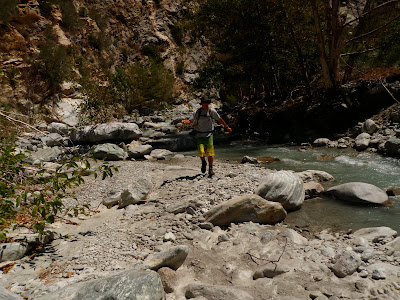 All in all I caught somewhere in the teens mostly all within the first hour. All were dinks. None had any vibrant coloration as the ones I've caught in the past. All were faded. I asked Ed and he said the same was true with his fish.

Although I enjoy anytime on the water, today was a bit of a joke. I have never worked so hard to get fish at the San Gab before, I was a bit discouraged. I eventually quit really fishing after a while and mostly watched Ed fish and threw my line only once in a while. Disappointing. Too bad, I guess that's fishing. 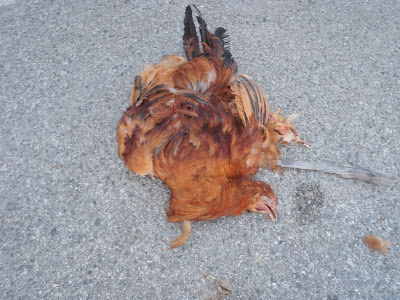 Found this at the parking lot. What the hell?

Posted by gourmetsportsman at 7:48 PM No comments: