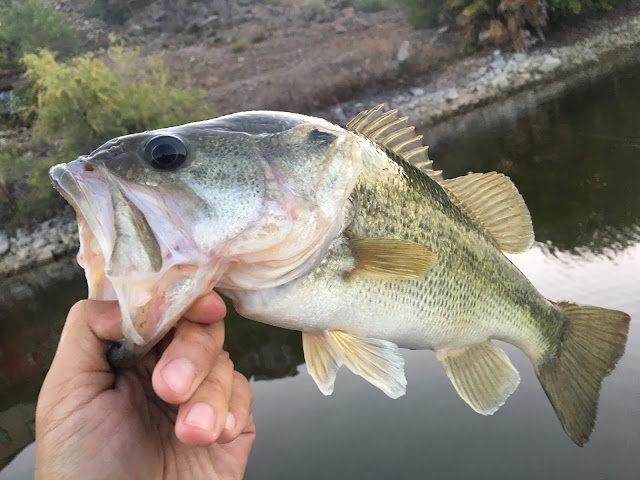 Got the call from my good friend Luc asking whether I wanted to fish his private oasis on Memorial Day.  Naturally I accepted.  I had borrowed his Sage Bluegill rod for suzuki fishing and I needed to return it along with a few items I purchased for him while in the far east. 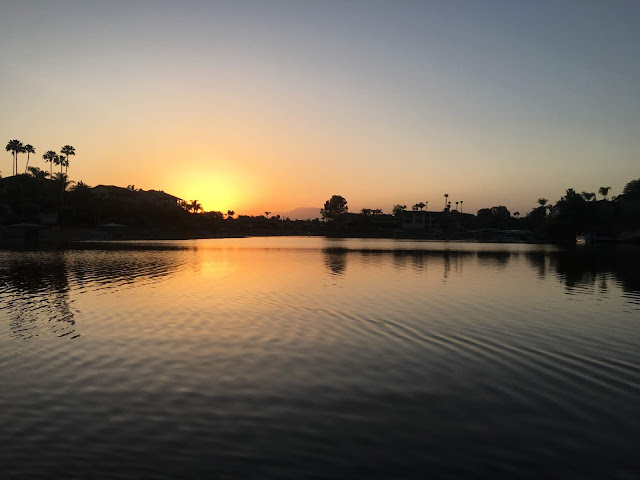 Knowing that I had to be at Luc's place at 5am I went to bed early around 9:30pm only to be awoken around 11pm.  Now awake I couldn't get back to sleep so at around 3:30am I got out of bed and started preparing to head out.  I arrived early at Canyon Lake so I topped the SUV with gas and made for the drive-thru at a crappy fast food joint for breakfast before heading to the front gate of the community. 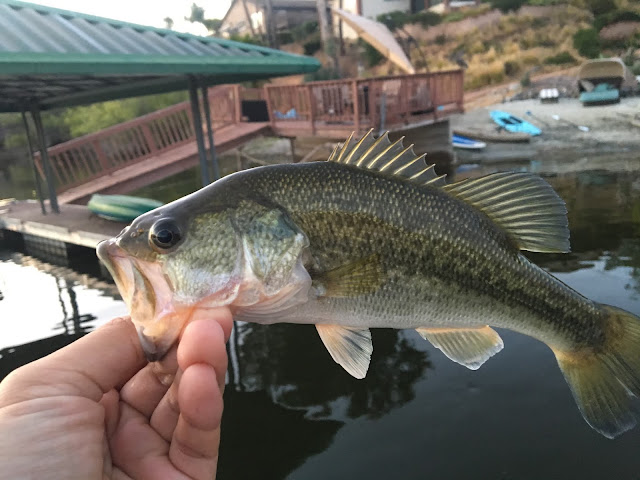 Before the Asia tour I bought a SA Big Fly 8 weight line for suzuki fishing but I never put the line on before the trip and just cleaned and lubed the old Rio Clouser line and took that with me.  When I came home I exchanged the lines and while casting it in the pool I noticed it seemed way too heavy for my Sage XP 8 weight.  So I put it on my Sage RPLXi 9 weight and it seemed to handle the line nicely.  It was this set up I used for this day.  I first rigged up with a foam frog pattern I hoped to catch snakehead in Taiwan with but never ended up fishing the fly.  It proved too heavy and wind resistant for this set up so I switched to an experimental fly I created last bass season.  I fished it once and that day was lousy and I only had one strike all day (with this fly no less), so it was still untested.  Within a matter of moments I was on.  A small bass but a bass no less on the new fly.  Later I'd get another one much larger in the 2.5-3 pound range.  I'd switch flies to the flypala (another experimental fly) and manged a dink.  That would be it for me despite switching multiple times thereafter.  Luc managed 3 or four but probably had twice as many blowups.  Nice to be back in America at one of my favorite bass lakes.  Always a pleasure sending time with Luc on his boat and private water.  Water is low this year and this summer may get rough.  We were done by 9am and I headed back to get ready for some Memorial Day festivities at a buddy's house.
Posted by gourmetsportsman at 11:50 PM No comments:

First Cast Since Being Back in 'Merica

May 20, 2018
The reports from the Far East trip are forthcoming.  I have not forgotten.  Stayed tuned.  Until then a report from Sunday from one of our locals. 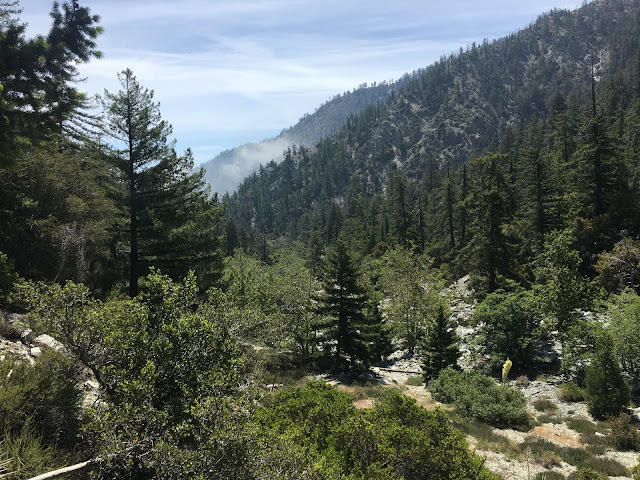 I've been back here in the States for a week now and I'm still recovering from jet lag.  In fact I only got a couple hours of sleep the night before.  I received a text in the morning from my buddy asking me when I'll be arriving at his house.  I texted him back that I had to cancel I felt like shit.  After tossing and turning for a while I called him back and told him I'm in I'll be leaving at 7am. 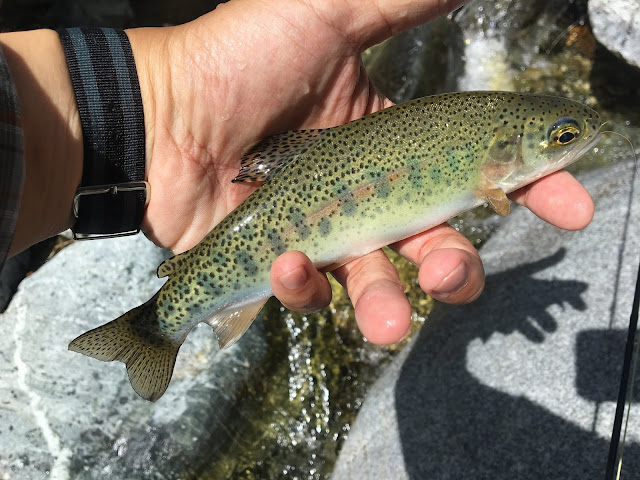 This once great creek was devastated from the drought.  When we checked it out during those lean years it was completely devoid of fish and all the fishing holes had been blown out.  We checked the lower section as I was in no real condition to make a strenuous hike to the more productive upper stretches.  Water was thin and holding water was sparse.  Despite this we both managed a fish within this section but as we continued to hike up the creek became less fishable and I cursed myself for not pushing through hiking to the upper stretches.  After bushwacking our way through we climbed to the trail and made our way to the better portions of the river. 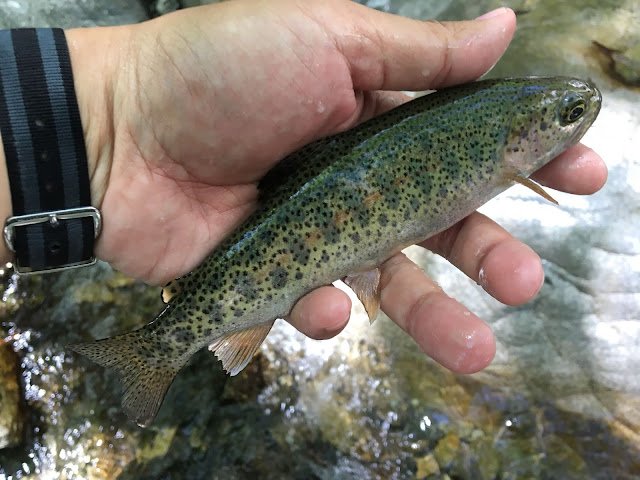 Once there it seemed every hole produce multiple fish and even some quality local editions.  Although not as quality as years past but quality no less.  It is nice to see that the fish survived the harsh dry years and are now thriving.  Several dinks were among the "larger" models which gave us hope that later generations will continue to thrive. 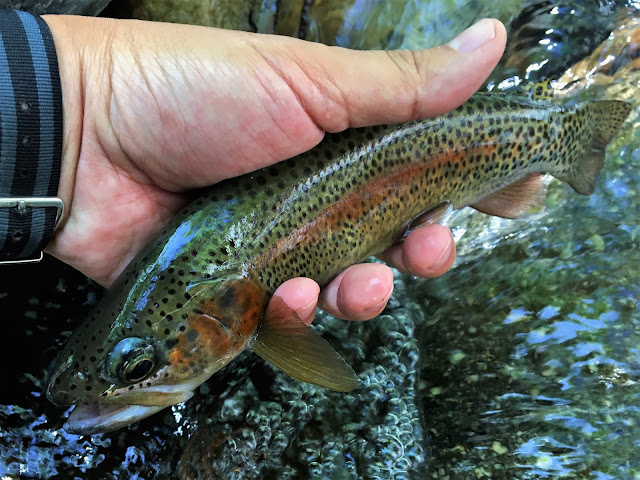 All my fish were caught using a hackle hair caddis in tan-ish colors ranging from size 14 to 10.  I didn't keep track but I must have had over 20 fish to hand.  We ended our fishing excursion at 12:30 and were back at the truck by 1:30 just as we had originally planned.  With a fog coming into the valley it was a nice cool hike and provided a natural air conditioning. 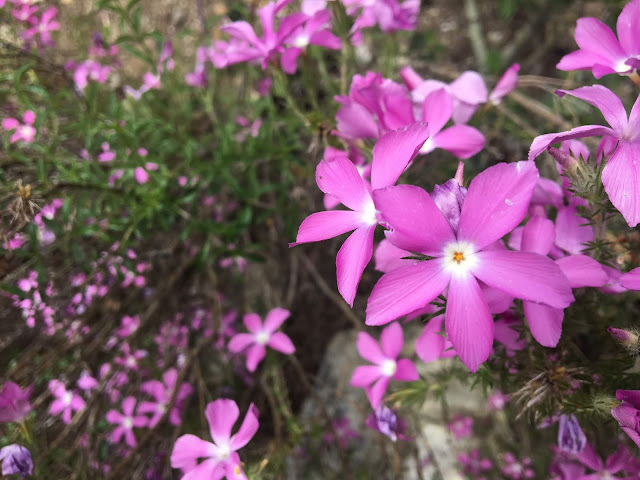 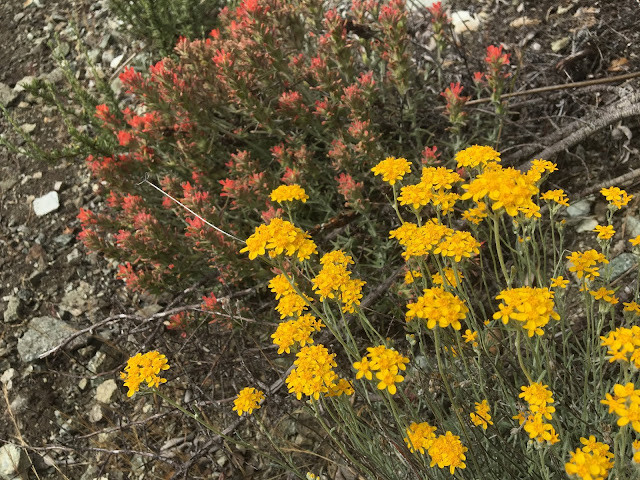 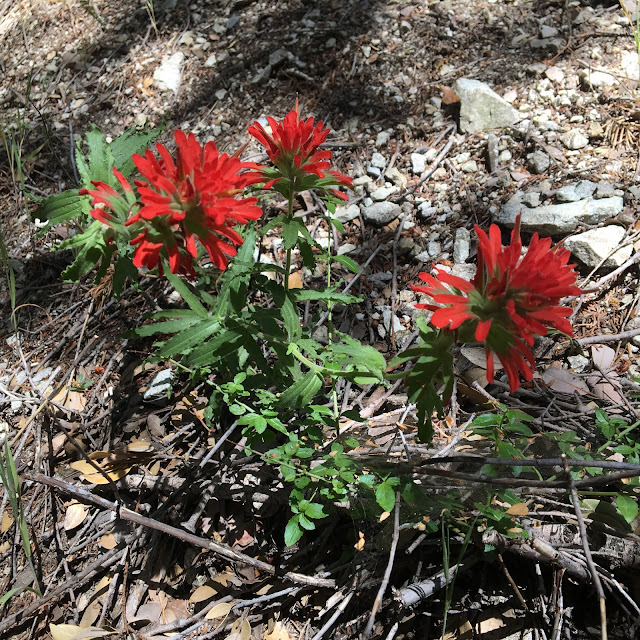 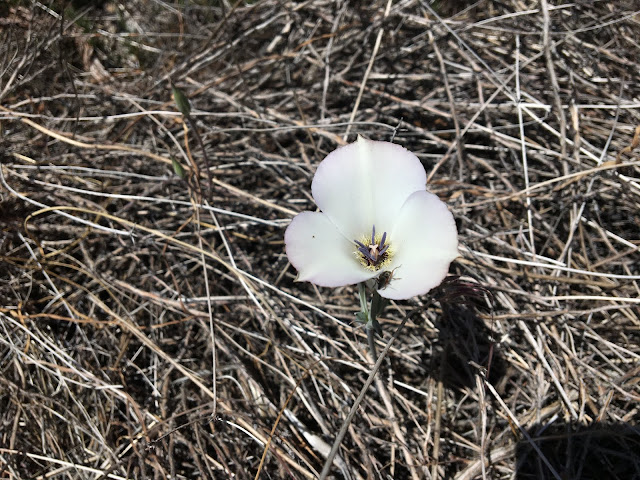 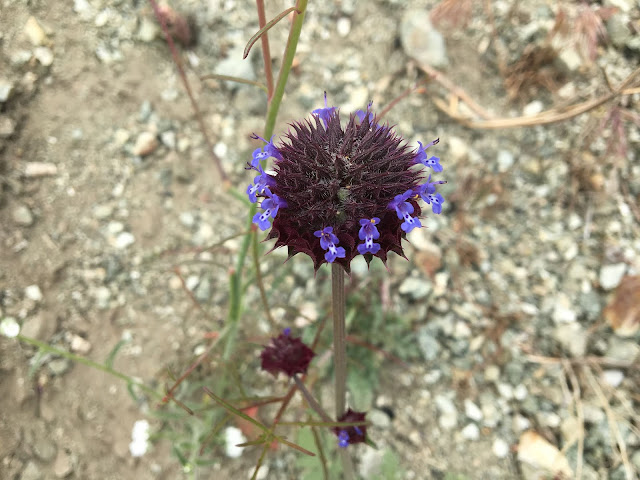 Posted by gourmetsportsman at 5:32 AM No comments: