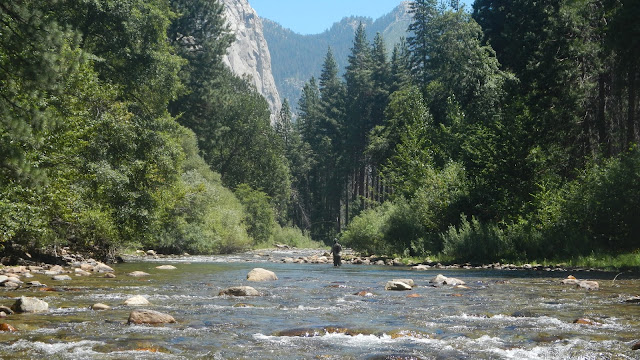 A few weeks ago we spent a few days in the sierra fishing dry flies to willing trout.  The trip started out with a hiccup as Chul was required to work longer than scheduled as a result we didn't get out as soon as we wanted.  Once we arrived to our location, we found out that all campgrounds were at capacity. 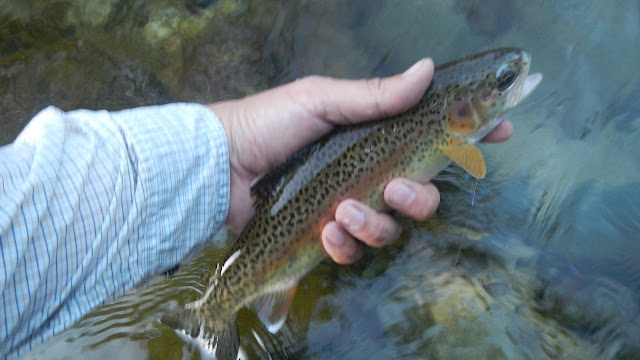 Forcing us to make camp roadside, we made claim to a nice spot just off the road along the river.  With only a few hours before sundown, we rigged up after setting camp.  The evening fishing was excellent with a strong PED hatch.  With headlamps on and visibility to a minimum I broke off on a hog that ran me upstream before calling it quits. 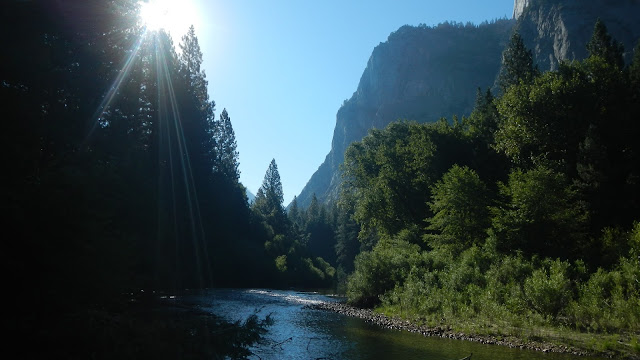 The next morning we decided to head downstream and check a section I've yet to fish.  After a what seemed like an eternity, about an hour or so, I was finally able to get some fish to rise in the morning.  For whatever reason the first hour or so no fish wanted to take my fly despite a strong PMD hatch. 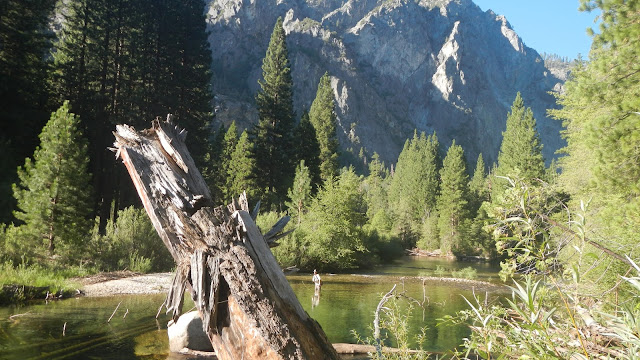 Chul on the other hand had no problem getting fish to come up.  After we began fishing together, my luck turned and fish finally started coming up and hook ups became commonplace. 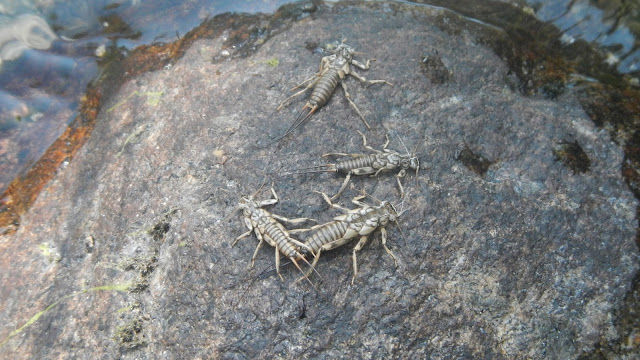 Fish were taking flies so easily it was starting to get boring.  But as the heat started to set in fishing slowed but fish were still willing to come to the surface. 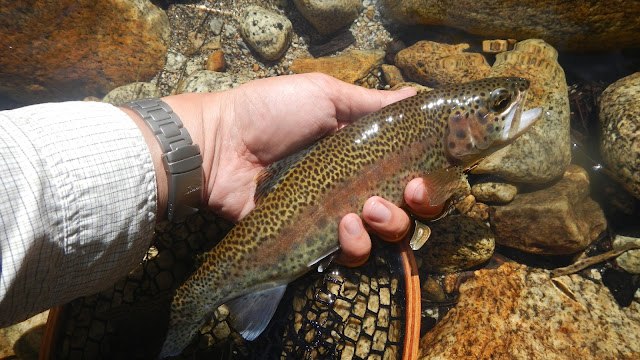 None of the fish were spectacular most ranged from dinks to 12 inches.  With the dry fly fishing slowing Chul switched to a high sticking nymphs and I tried my luck with streamers.  I had two solid hits on my articulated fly but not hook ups. 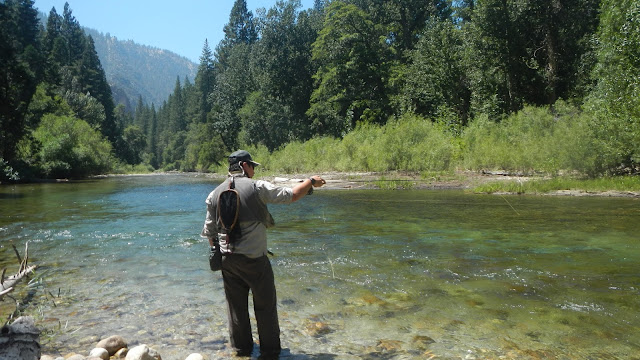 We fished the evening but the hatch was less impressive than the night before.  Fishing was acceptable but hardly stellar.  The next morning we decided to forgo fishing mostly due to the winds but also so we could get out early and avoid the Sunday crowds going home. 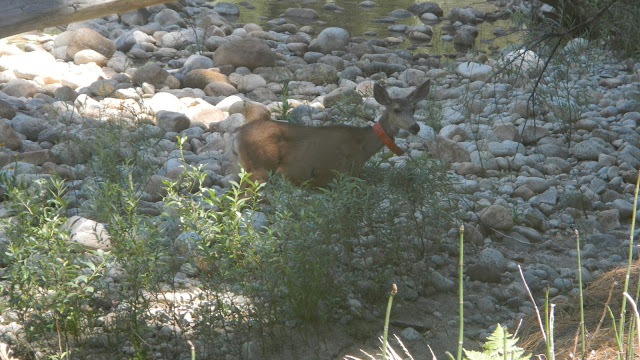 Posted by gourmetsportsman at 9:19 AM No comments: 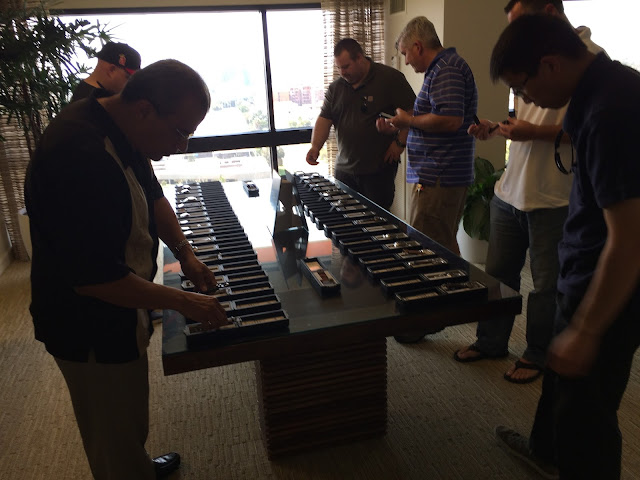 My laptop crapped out on me a couple weeks ago, so I am catching up on posts.  Watchbuys finally hosted their first OC roadshow in Irvine last month on the 29th-31st.  I think most OC folks (and some San Diego folks) are quite relieved that they no longer need to drive to Century City or Pasadena to interact with the watches and guys at Watchbuys.  Since one of my old business partners has decided to get into watches I invited him along as my guest.  For whatever reason, maybe it was because my buddy with me, I didn't take as many pictures.  Nonetheless here are a few interesting pieces I've not seen in person before. 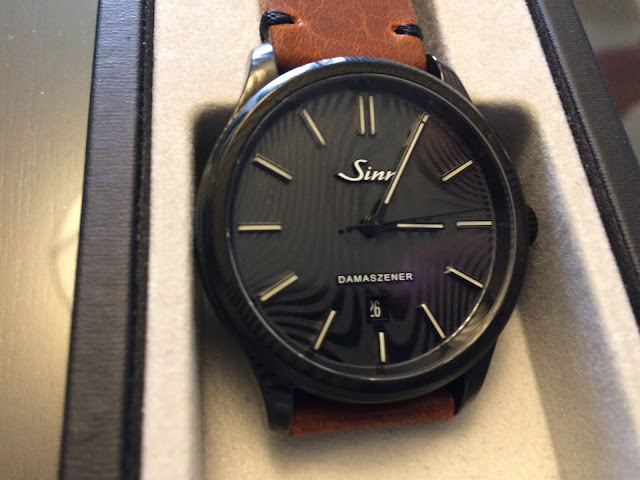 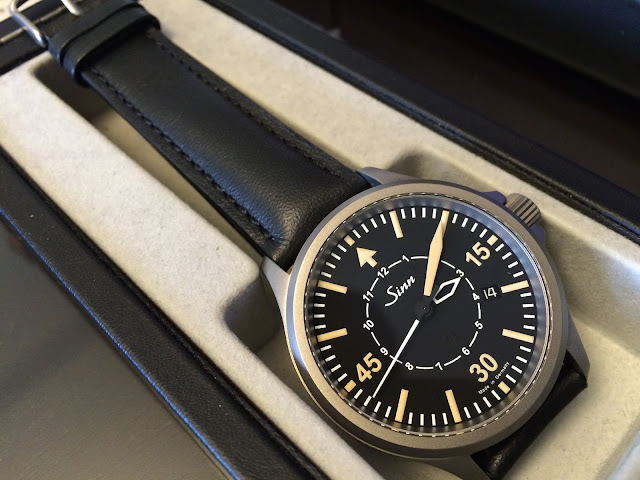 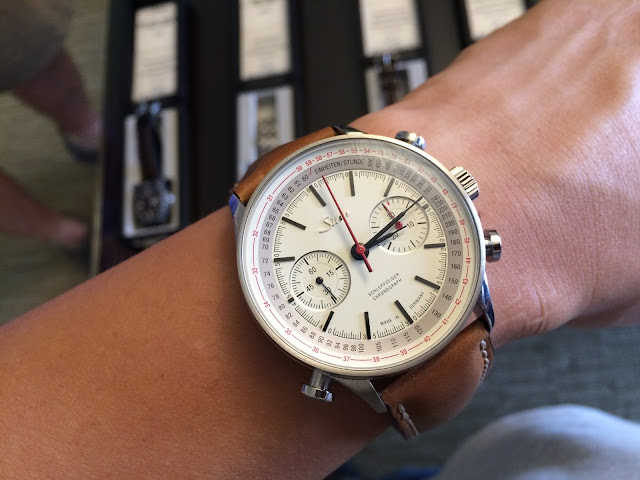 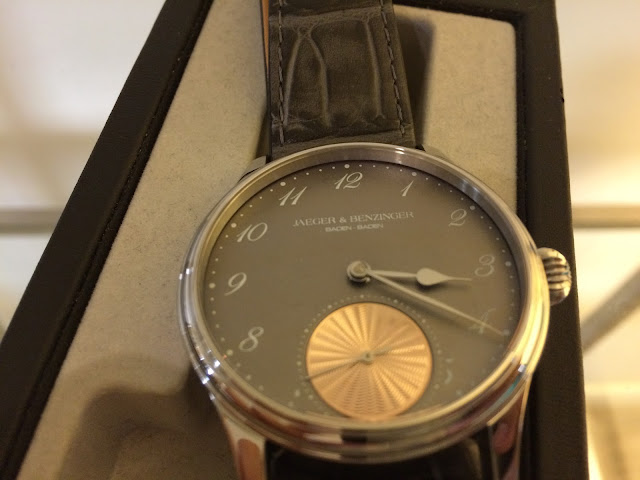 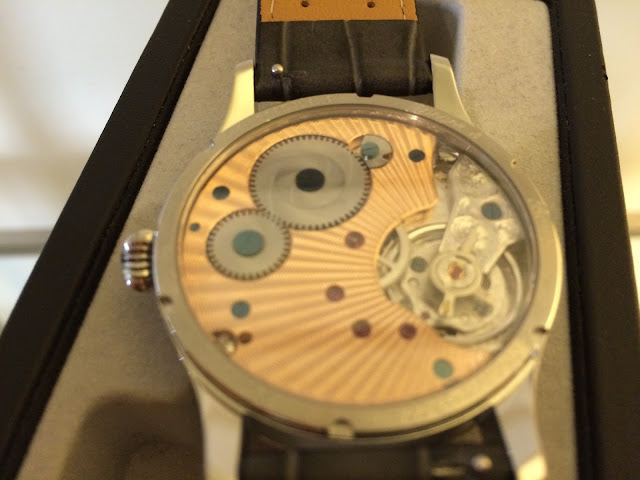 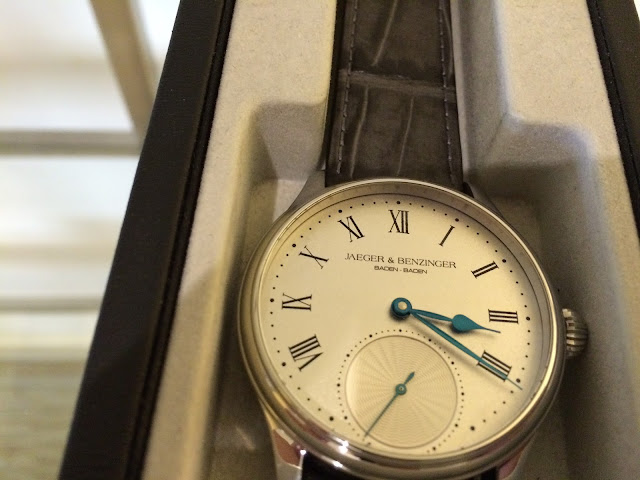 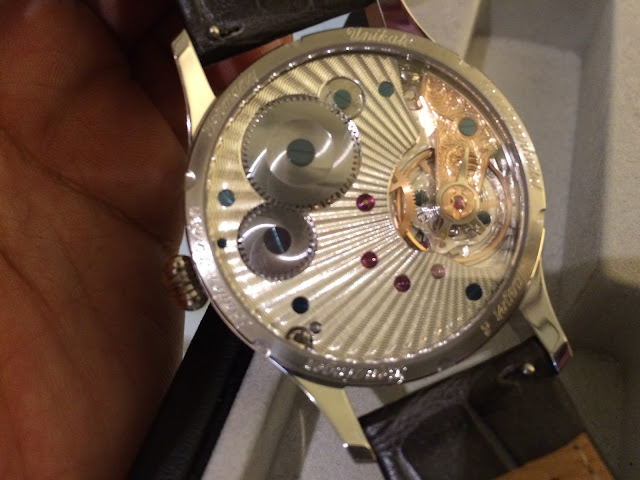 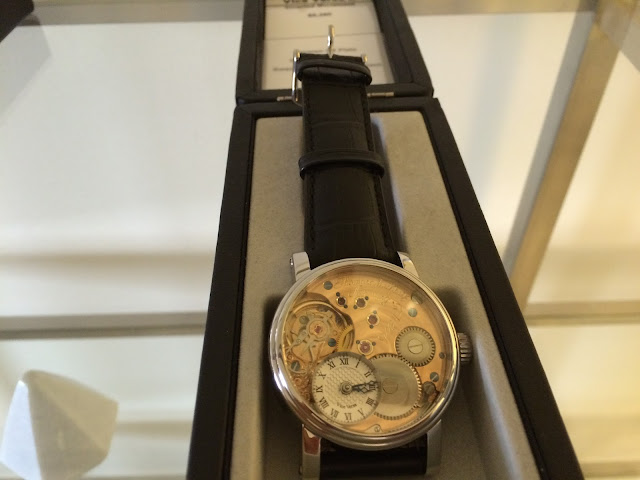 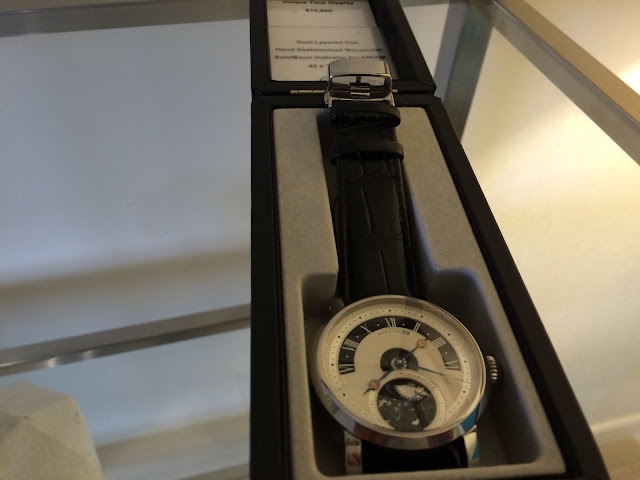 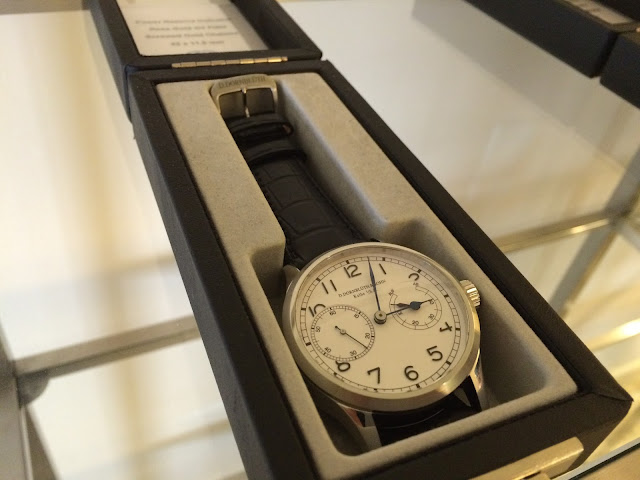 Hanhart, one of my main focuses on this visit.  Sadly I was slightly disappointed. 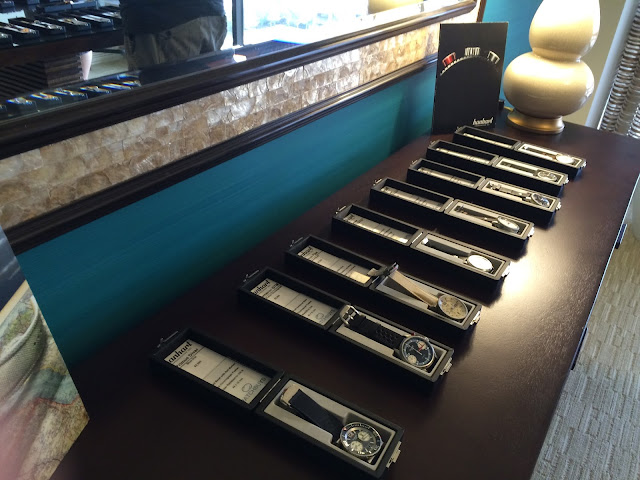 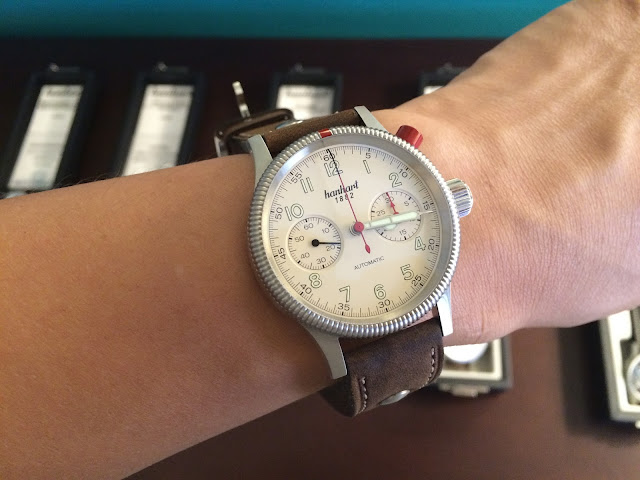 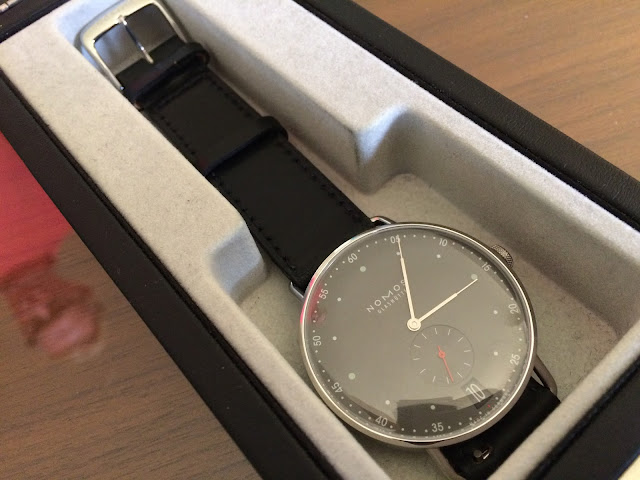 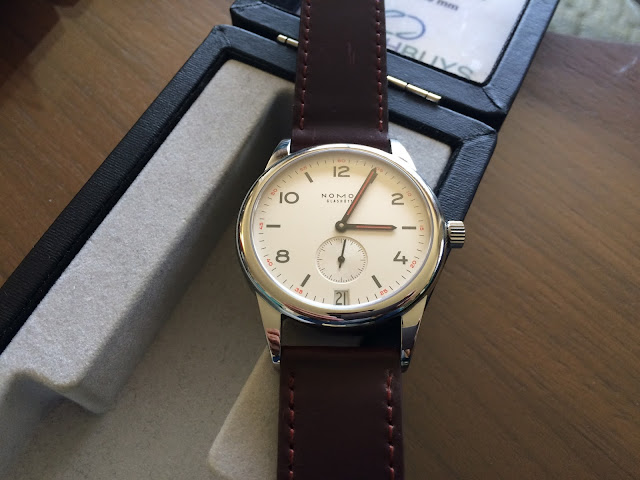 Junghans.  I've been wanting to take a look at these watches as they tend to be very thin: 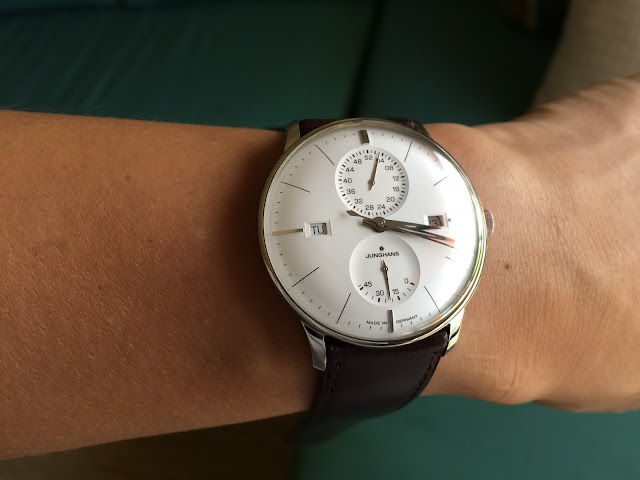 Posted by gourmetsportsman at 11:34 PM No comments: