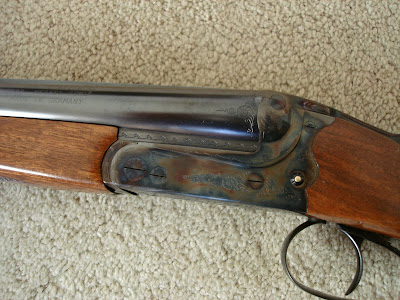 For the last year my 20 gauge Merkel 47E has been sitting on the sidelines even though its probably my favorite hunting gun. The reason is that it failed on me on the last time we shot. At station 7 on the skeet range the gun refused to fire on both barrels during a preseason shoot with Mike. We had no clue what happened, at first we taught perhaps the firing pin was broken but we've never heard of both pins breaking at the same time. The triggers would depress and you could hear the hammers drop although the round would not go off. We checked the primers on the shell and they were not punched. Cocking indicators were still cocked when releasing the triggers. I had no clue what was wrong with them. 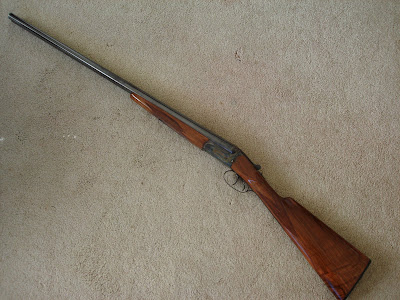 Due to laziness I never had a gunsmith check them out until last week. I called Steyr Arms (formerly Merkel USA, formerly GSI Imports) and talked to their gunsmith. I sent the gun to them and just got it back. Apparently the safety catch pin came loose and blocked the hammers. So its an easy fix and therefore the quick turnaround. The cost to repair including shipping with $3K insurance was $112. It even came back with a much needed deep cleaning. I'll have to hit the range soon.
Posted by gourmetsportsman at 2:53 PM

Email ThisBlogThis!Share to TwitterShare to FacebookShare to Pinterest
Labels: fine shotgun, Merkel, side by side