It must seem that I've been on a spending spree this month. I just received two packages from the the postal service. The first was a book I bought on Amazon. High in the Wild with Hemingway by Lloyd Arnold. 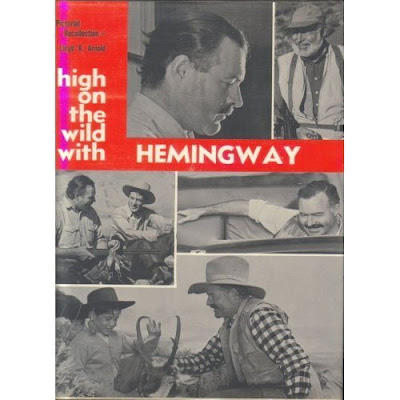 I bought this out of print book used from a seller on Amazon for only $6.99 plus $3.99 for shipping. So it only cost me just over 10 bucks. That's not bad. Others were selling used for over $25. This book other than the dust jacket is in perfect shape. Its cover is slightly faded at the binder and had some tears but the pages are all good and looks like its been barely opened or read. Browsing through the pages the photos are great, many of which I have never seen before in my books I have on Papa or other books I've seen. 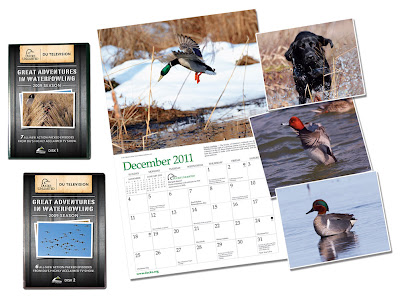 The next buy is not so much a buy but rather a donation I made to Ducks Unlimited. With a $30 donation I received a gift of a 2011 calendar and the 2009 season of DUTV dvds. In all reality I did not donate because of some sense of altruism but rather I selfishly wanted the DVDs. Since the Verus Network no longer broadcasts DUTV and now with its moved to the Outdoor Channel, I've not seen this show in some time. I was looking for past season DUTV dvds and found that if I donate I could get them along with the calendar so I donated. Besides I needed a new calendar too so it made sense. My money (albeit very small) will help preserve duck hunting and duck habitats for future use so it money well spent.
Posted by gourmetsportsman at 2:56 PM