A Great Gundog Show And an OK One 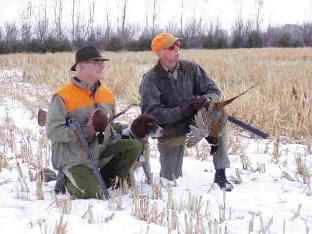 A Dog's Life was a short lived show that each week featured a particular breed of bird dog . Aired on OLN, it was hosted by Jamison Parker of Simon And Simon fame. I really wish this show was still on air. Showcasing various breeds and set in various hunting scenarios, A Dog's Life may just be one of my all time favorite bird dog shows. As an owner of a Deutsche Drahthaar I particularly enjoyed that episode.

Each episode explained in detail the breed showcased, all the strengths, personalities, history, and even an advice segment from Steven Smith and a vet segment with Doctors Foster and Smith. All that and it even included the dog at work hunting. The show was even sponsored by Filson, my garment of choice while bird hunting in the States. Jamison even hunts with a side by side. I wish the show was on DVD because I'd buy it. If your considering buying a bird dog for the first time I'd suggest you watch the episode of your desired breed.

The show, and all episodes can be seen here. 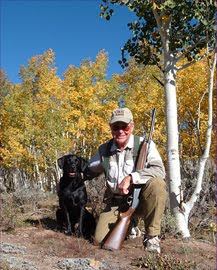 Another show, I'll mention since it is also on the same site, which is not nearly as good, Bird Dogs Forever can also be seen here. It is nowhere near as good as Jamison's show although it looks like it aired much longer than A Dog's Life. Bird Dogs Forever can even be purchased on DVD.
Posted by gourmetsportsman at 10:04 PM