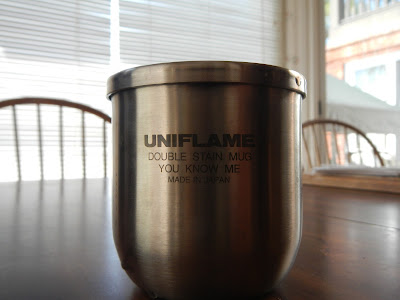 I managed to post from my last trip to Japan a few years ago the fly fishing items I bought on that trip but I did not write about some of the camping gear I bought then as well.  All items were bought in the Mont Bell store in Ebisu.

One of my favorites is from Uniflame and is a cup.  Yes a cup.  A tea cup to be exact.  This is a cool item that I've yet to see anything like it here in the States.  First off its made in Japan.  Its not some cheap ass made in China get you poisoned nonsense.  A real first world made item.  That in of itself is reason its cool but there is more. 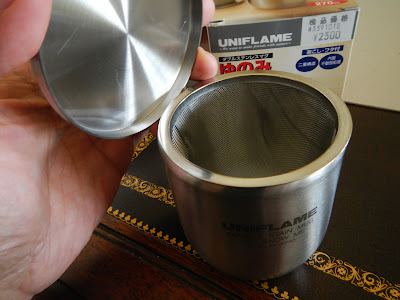 The cup contains a built in strainer that allows you to steep tea in the cup so to save space.  The lid keeps your drink nice and hot.  The cup itself is made out of stainless steel as are the strainer and lid.  Construction seems very similar to Snow Peak mugs that are available here in the US ( I have a few).  ﻿ 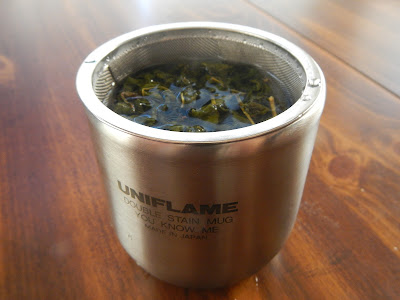 The cup in action steeping some High Mountain Tea from Taiwan.  Screw that Lipton crap.  I'm used to drinking out of my Snow Peak titanium mugs that when I held this mug I had forgotten how warm stainless mugs can get.  This is not necessarily bad especially on a cold night camping under the stars. 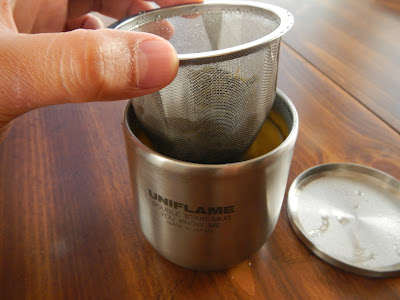 Once steeped just remove the strainer. 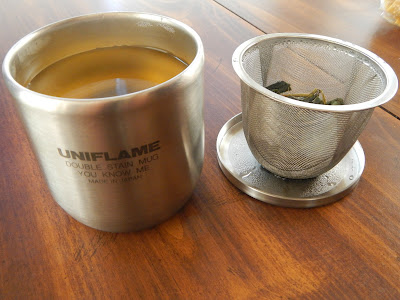 The lid can be used to hold the strainer and prevent leaking liquids from dripping all over the place.  Because Taiwanese tea is so strong you can reuse the steeped tea leaves at least 2 more times if you are so inclined.  Although it may keep you up all night.

It's a neat little package that I nearly forgot I had until the other day when I was looking for some gear. 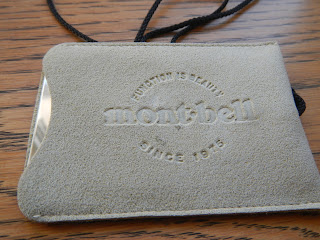 Another item I bought was a signaling mirror from Mont Bell.  Its nothing special but I think its wise to have one in the field. 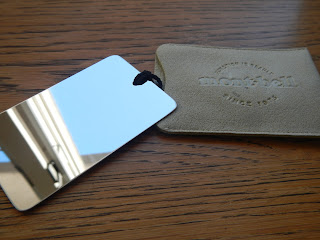 The other items I bought aren't really worthy of a post here.
Posted by gourmetsportsman at 9:07 PM