At Least The Season Is Not Over...Yet 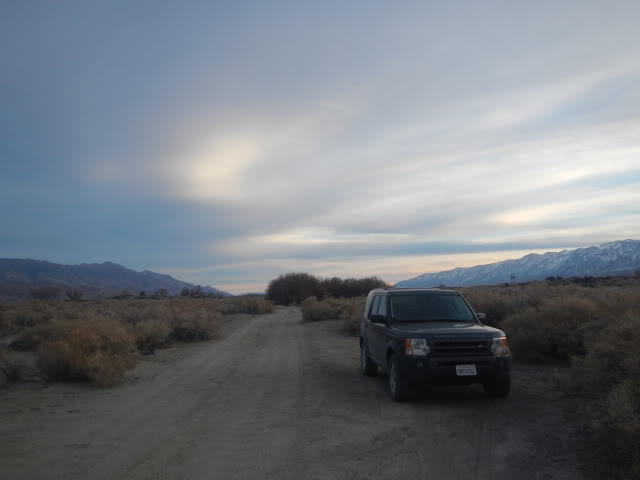 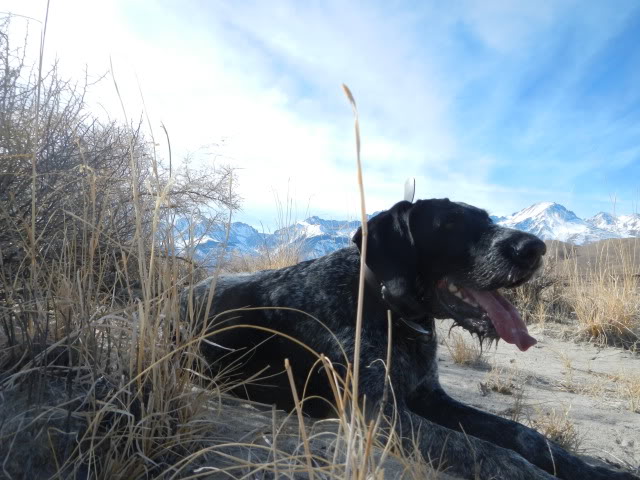 Again another clear warm day.  Sweated my ass off hiking up and down the river in my Simms waders.  It was not fun.  We got a late start this morning and started to look for spots on the river to put in but most were already taken by trout fishermen.  I probably should have brought my fly rod.  After some driving we found a spot to park and start walking down the bank.  This was the area I jumped at least 40 a couple hunts go.  While gearing up a flock of 10 big ducks (not sure if they were mallards) buzzed us just out of shooting range.  It didn't matter anyhow as we didn't even have our Merkels out. 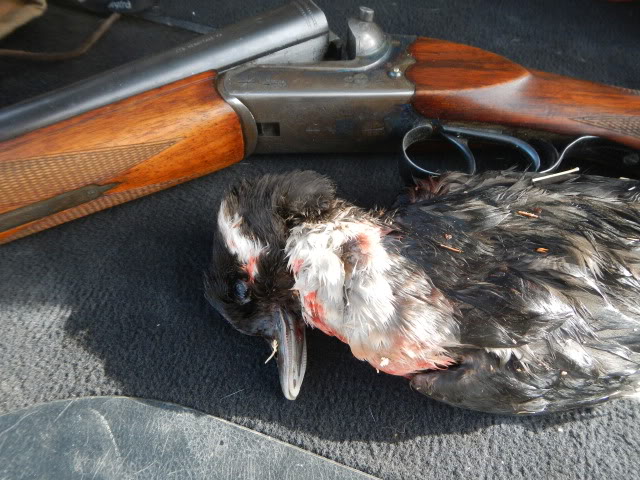 We hiked downstream and came upon a bend, in the sun I saw three birds heading right for us.  Partially blinded by the sun, the birds came out of the glare and I shot, hitting one as it crashed behind us to the left.  I had no idea what birds they as I shot only that they were ducks.  Kaiser looked for the down bird and retrieved it for me.  It was a hen bufflehead.  Another bufflehead.  Having never eaten one, I'm willing to try one but given their reputation I'm not quite sure if I'm willing to try two.  Well if they suck at least they are small.  Given that these ducks are divers and feed on fish, I might try a recipe from hunters in Italy I have been wanting to try.

We continued on and I managed to spook a pair of mallards too far out of range.  They circled back toward us and I tried pointlessly to call them but it was no use.  I haven't called in so long I really suck.  I mean REALLY suck.  Not that I was ever that good before but I really suck now.  I need to practice.  Much of the rest of the time was a nice hike with a shotgun. 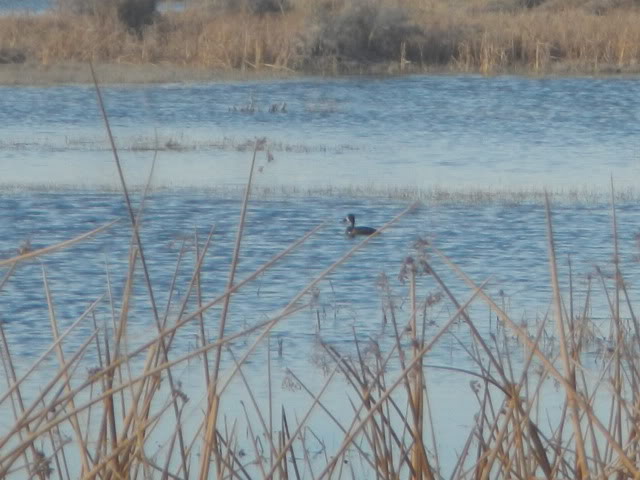 For the evening hunt we tried some of the regular spots but had no luck.  Towards the end of the day we found a lone ring necked in a pond.  Dad put the stalk on him as he crawled behind the tulies.  It eventually became wise on him and flushed.  With only a brief window to take him, my father took one shot but missed.  By the time he was on the second trigger of his Merkel Model 8 it was too late.  We drove around looking for ponds that I hadn't been to in years.  I've avoided this pond as its difficult to hunt without a small boat.  But since I was desperate I decided to take a look.  There were two big ducks of unknown species among the coots from what I could see.  They were too far and my cheap ass Steiner binos I keep in the car were not helping me out.

Beacause that ring necked flew toward an area near the canal.  We headed back there to see if we could find the bird there.  My father and I walked opposite directions as we were running out of light.  After about 10 minutes I heard a shot and looked in that direction.   I saw two big ducks way up in the air.  I tried calling them up, they were having none of that.  And so the day ended as did this trip.  Not really a success in terms of bag nor birds seen but that is hunting.  We have little more than one week left before next season so hopefully we have at least one more trip in us.  Hopefully the old man will also get a bird. 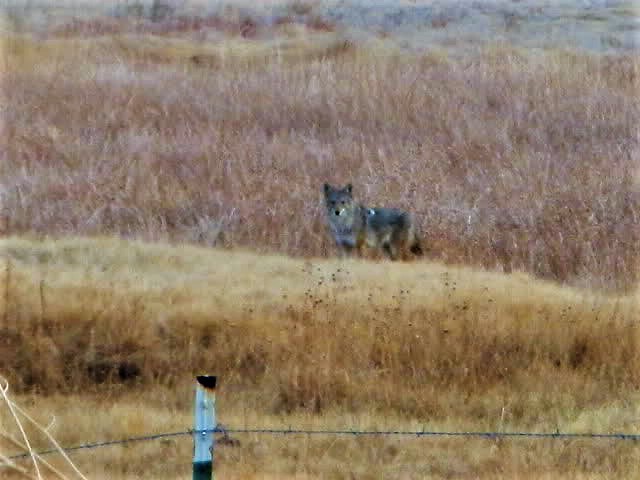 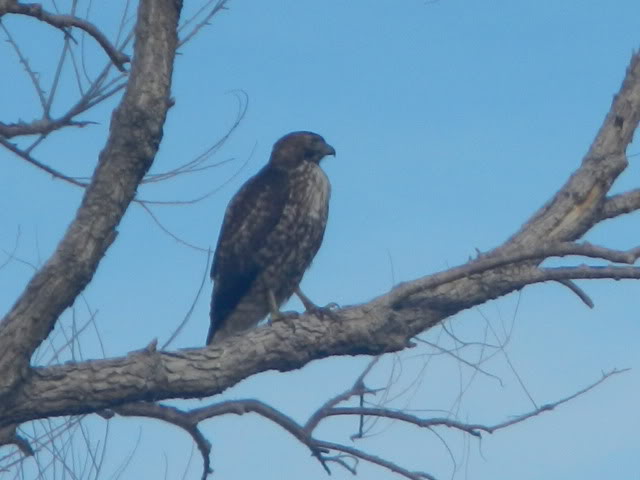 Posted by gourmetsportsman at 11:30 PM