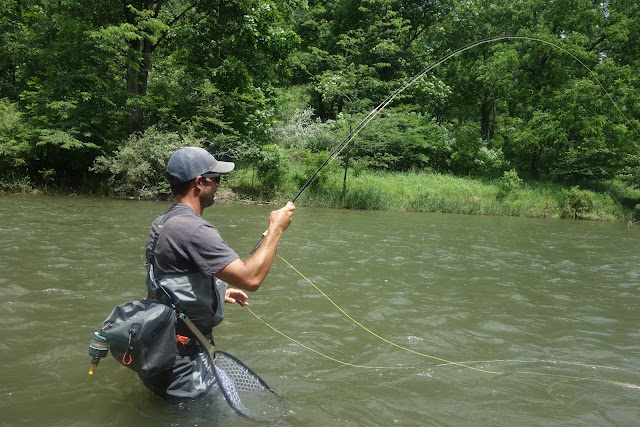 We awoke in the morning with the owner of the Feathered Hook, Jona, making us bacon and eggs.  After a late start and a quick briefing of what is available to us and what flies to use we headed off to Penn Creek down tunnel road.  After walking down the path longer than we should have, we finally reached the water and started fishing. 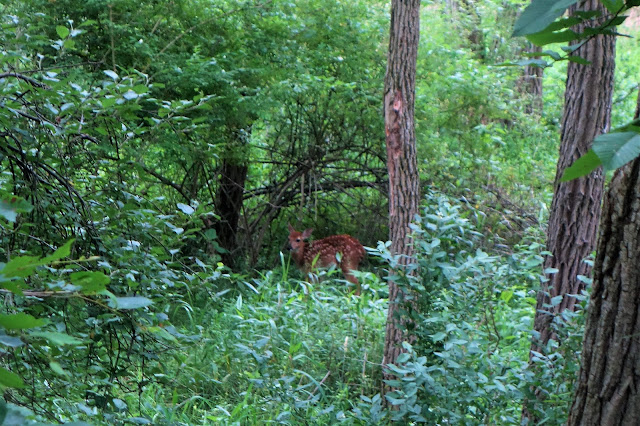 It took us a few bends before we finally started to get some fish.  Joel was the first to hook up.  He told me they took the golden Griddle Bug that the shop recommended.  So when I reached him gave a a couple and I switched flies.  It was not long after I was on my first fish of the day. 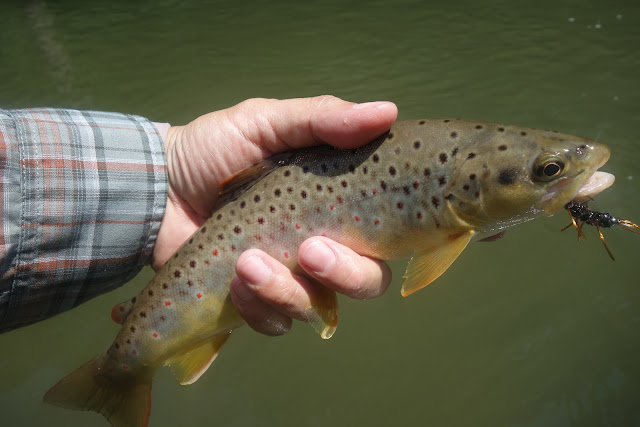 When the temperature started to rise the fish slowed to a halt.  We still carried forward and wasted much of our energy trying to pursue these fish but to no avail.  Joel managed several chub for his efforts much to his chagrin.  I'd tease him relentlessly for his impressive chub fishing abilities. 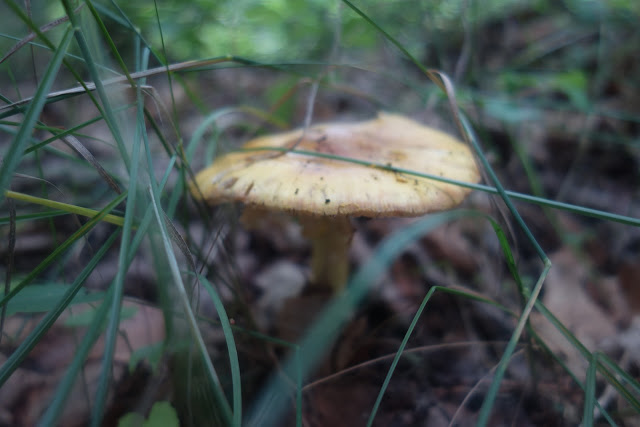 After hours of endless casting and watching bobbers drift downstream, we headed out for a meal.  We drove toward State College to find a restaurant but none appealed to us so we drove to the nearby town of Bellafonte, a town that looked like it came straight out of a Norman Rockwell painting.  If you ever watched the Chevy Chase movie Funny Farm, when the town acts like the perfect picturesque American small town with couples walking their well groomed purebred setters and kids playing on grass, that was what this town seemed to us.  After our meal we walked around town to check it out and found the local distillery.  It was closed but the gentleman inside let us in for a tasting.  The boys ended up picking a bottle a piece.  Afterwards when we started to make our way back home we were too tired to fish which later proved a big mistake and a running joke for the rest of the trip. 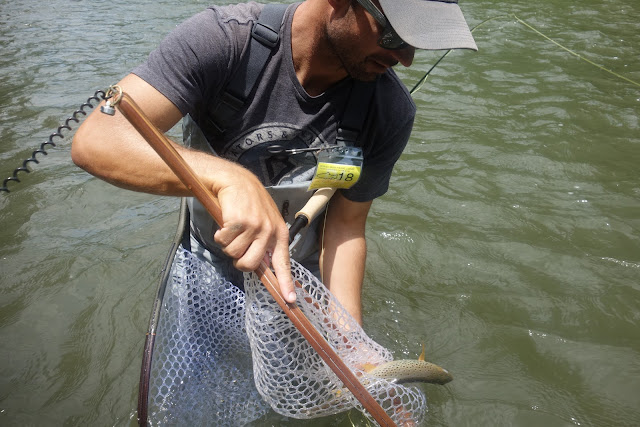 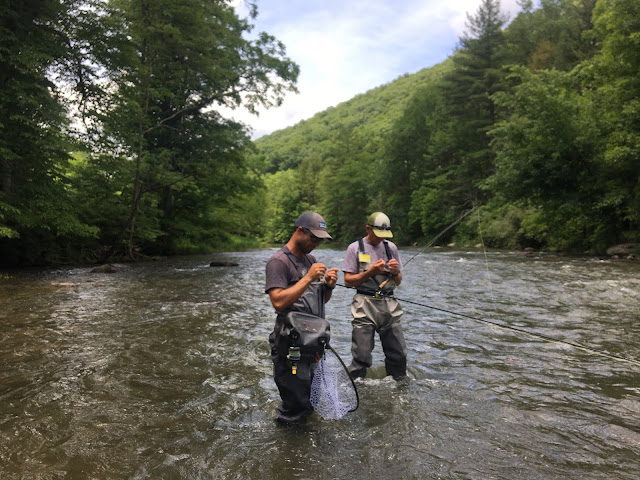 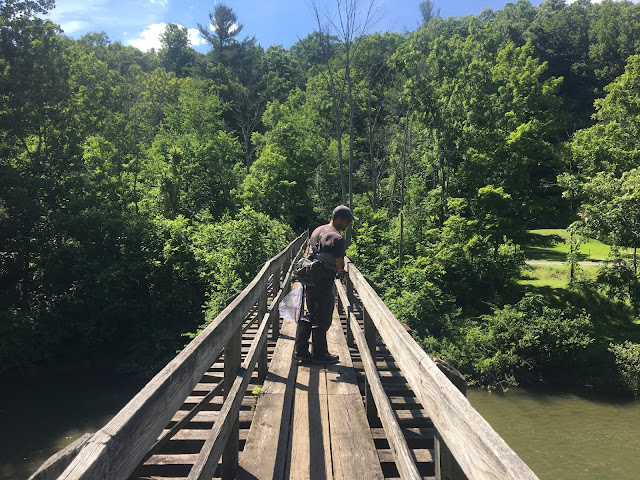 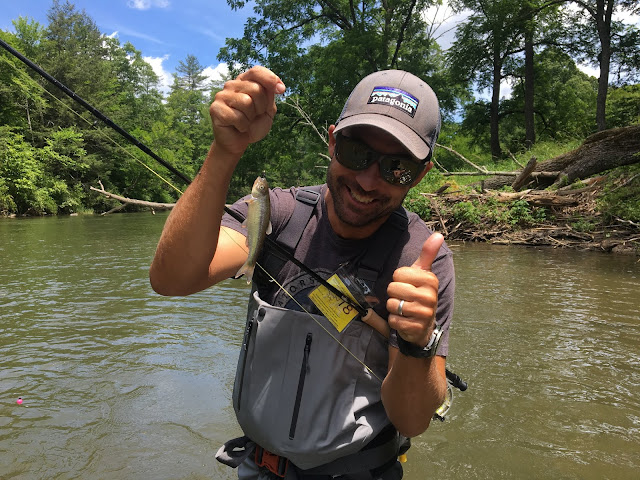 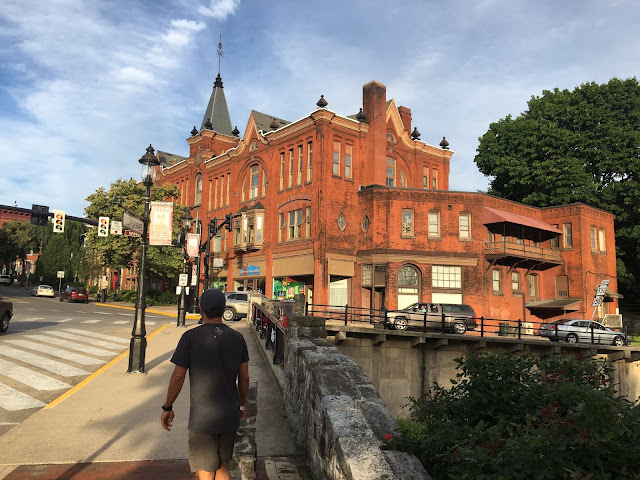 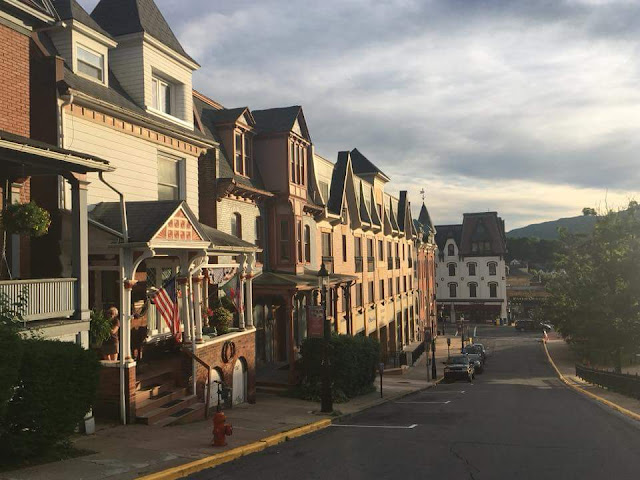 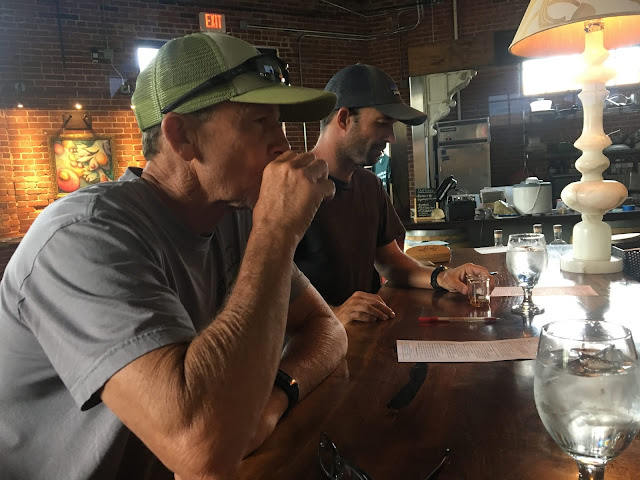 Posted by gourmetsportsman at 10:25 PM