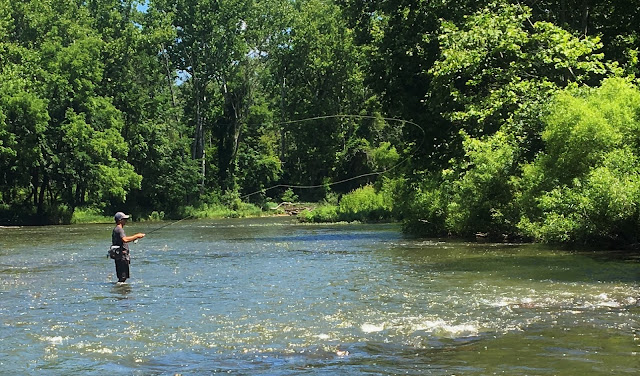 It's the last full day of this trip and one of my goals was to get a legit smallmouth.  While I haven't done much of it, all the smallmouth I've ever caught have been unimpressive.  I wanted one that at least looked decent while lipping it.  So today while in the hottest parts of the day and when the trout fishing is less than ideal, we decided to try our luck at bass fishing with poppers. 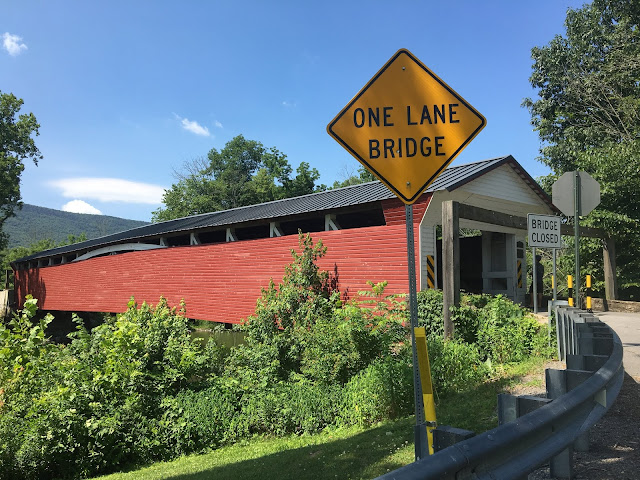 But before we did that I want to see a covered bridge.  I actually wanted a pic of us  fishing with one in the background.  So I asked Jona of the nearest one after asking about bass fishing.  We found one but did not fish around it as entry to the water was problematic.  So we took off to small recommended smallie water and started throwing poppers.  I managed to get three to rise but couldn't set the hook on any.  By this time we were feeling the effects of travel and six days of fishing and decided not head back in for lunch. 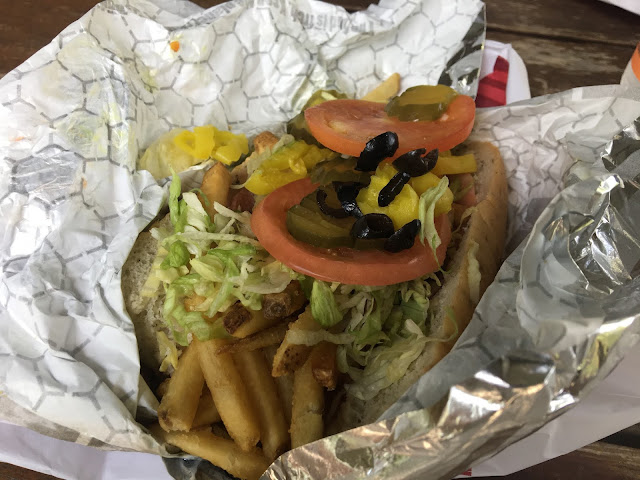 Our lunch of choice? Sheetz.  For those on the west coast Sheetz is a gas station chain that started in PA and expanded out along the eats coast.  It actually serves decent food.  Not the crap we get here at our local station but legit food, made to order, using fresh ingredients.  I was thoroughly impressed.  We actually had this for lunch or a snack more than a few times this trip.  We made it a point to have it one last time before we headed back home.  For me it was an Italian sandwich loaded with fries.  When we finally got back to California we'd still talk about Sheetz and wish they'd actually open a chain here.  Not sure if it would work given economically given the real estate constraints and values of property here in the Southland but one can wish. 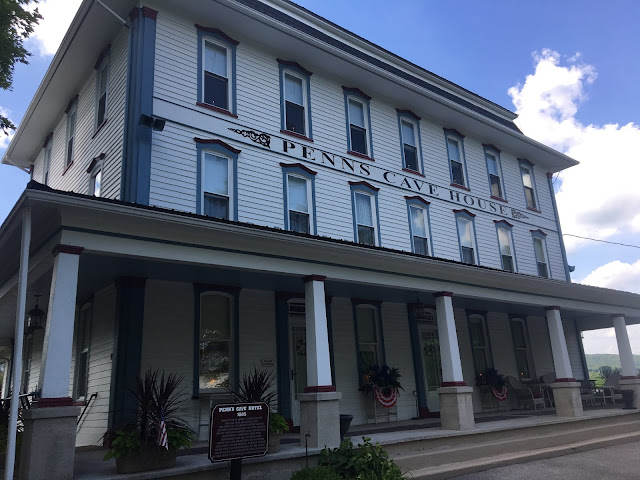 Now with hours to kill before the evening hatch, we need decided to be tourists and check out Penn's cave.  The tour is 45 minute boat ride through the cave checking out the geology.  We were warned by Jona that the tour guide can be cheesy.  We were warned. 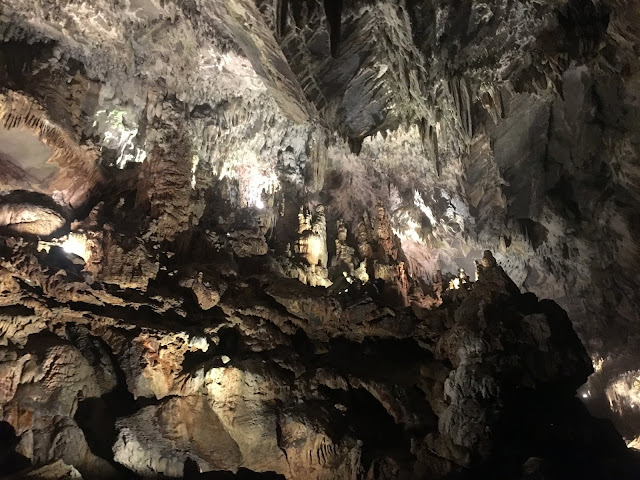 Throughout the trip Kelly and I were thoroughly impressed with rural Pennsylvania.  I really enjoyed it.  It's a gorgeous piece of America.  In all my time knowing Joel he's always considered his move to California an escape.  From what I envisioned this place to be was completely different from how he's always explained it to me.  With both Kelly and I praising this place Joel was finally coming around and seeing how his home state wasn't that bad after all.  That was until we took this boat ride.  "There's always one" is the expression.  On this ride we were trap with the "one."  You know the guy.  The guy that will never shut up.  The guy who makes stupid comments who thinks are funny.  The guy who is always interrupting.  The guy who asked the stupidest irrelevant questions.   Basically the guy who ruins it for everyone else.  Just this one guy brought back all of Joel's repressed pent up frustration regarding this place.  His words, ""It's loaded with stupid people.  Now I remember why I wanted out of this place."  Of course as with any good American buddy would do, I needled him about it the whole rest of the trip.  I told him I love that dude only because he raised Joel's blood pressure so high. 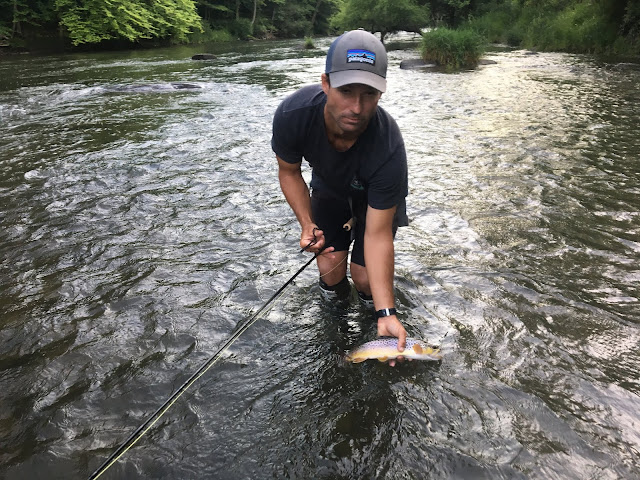 With the cave experience now over, we were cutting it close to prime dry fly time.  Initially we were going to fish a new stretch of water but thought against it as we didn't want to waste prime time on exploring new waters.   So back to tunnel road and old familiar.   There we saw the bamboo rod maker's son and he showed us the 5 pound smallie he caught out of there the night before with a mouse fly. 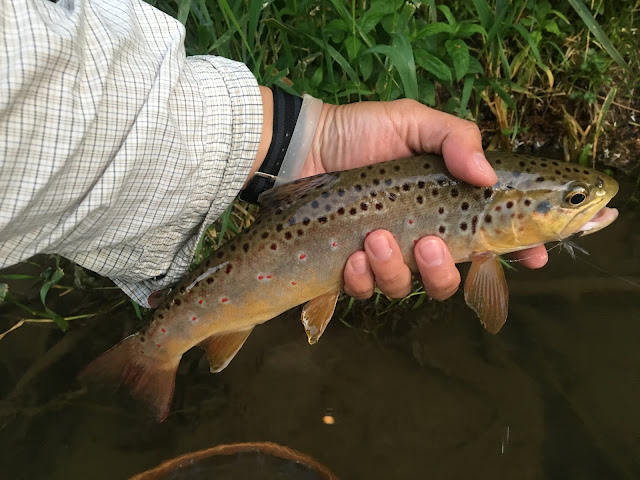 The dry fly action was the best so far this trip although it didn't start until much later than the other nights.  Joel lead the way and in no time we were all on fish.  At one point when the action was hot and heavy the sun and glare was in my eyes and I couldn't get a proper bead on my fly so Joel would guide the both of us on direct us to where to place the fly.  Lost a beast slipped off the improved BWO.  Joel said it was at least 20 inches.  It felt heavy.  The earlier fish I caught were on a  slate drake.  Fished slate with bwo dropper the whole time.   The next day would be a travel day.  We'd pick up the Joel's boy at camp and then check out Penn State before heading to the airport where our flight was delayed.  It was not a fun way to end the day.  Ended up getting home past midnight before crashing big time. 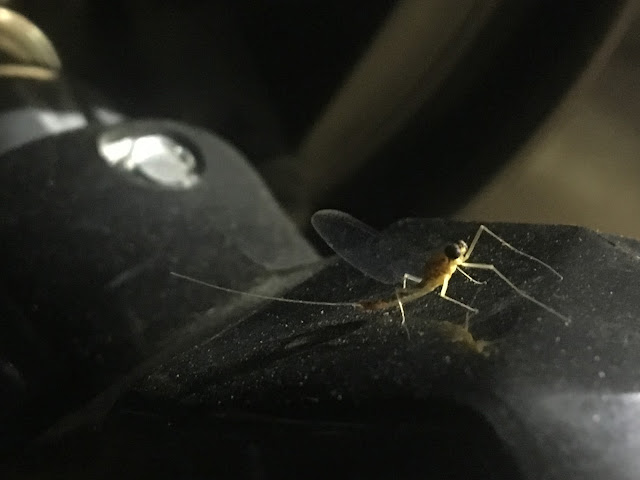 Posted by gourmetsportsman at 7:44 PM