Another Day at Luc's 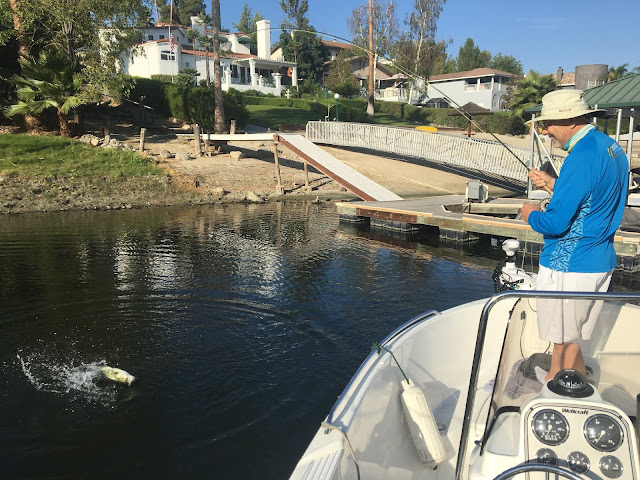 Earlier this week I got a text from Luc asking whether I was still alive.  I responded barely.  He asked if I wanted to join him fishing this weekend.  Of course I took him up on the offer.  I arrived at his house at 5:30am and after unloading my gear into his boat we set off to the dock.  Given the low water most of the launch ramp was cordoned off to only one small sliver and so when we arrived at the launch we were waiting for a group of fishermen retrieving their boat.  What seemed like an eternity, Luc's response was simply to call them "amateurs." 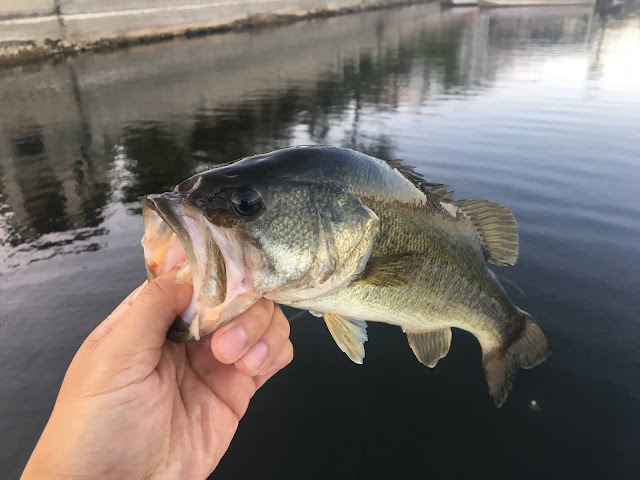 We launched with two boats already on the water and fished the main lake.  Having never caught any fish on a mouse pattern I started with an articulated version.  Luc with one of John's sliced headed sliders.  Luc was the first to get some responses but failed to connect on any.  After a bit, with the sun starting to poke through, I switched flies and started to go with a proven pattern, one I invented a few seasons ago, an unnamed injured baitfish slider with a rattle. 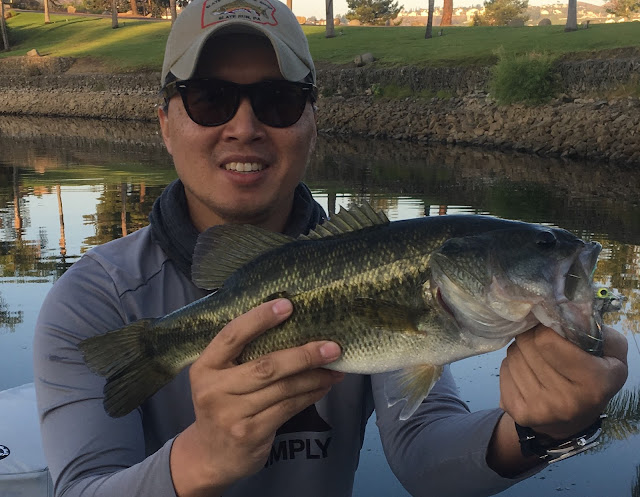 Luc was finally able to connect after what seemed like at least half a dozen misses.  Not a big one but at least the skunk was off the boat.  He would continue to get some here and there, missing more and more.  He concluded it must have been either the big hook or the weed guard was interfering with the hookset.  It took me some time to get my first after missing a few.  My wrist has been bothering me the past few days and it was simply to sensitive for me to do a "BassMaster" hook set on these fish this day so all my hook sets were weak.  Most were trout hook sets by simply raising the rod tip.  All my fish were caught using this method.  All my fish landed inhaled the fly so my hookset wasn't as critical.  Eventually I was able to get a fish using this method, nothing of any significant size but as Luc likes to puts it "With poppers, its all in the take." 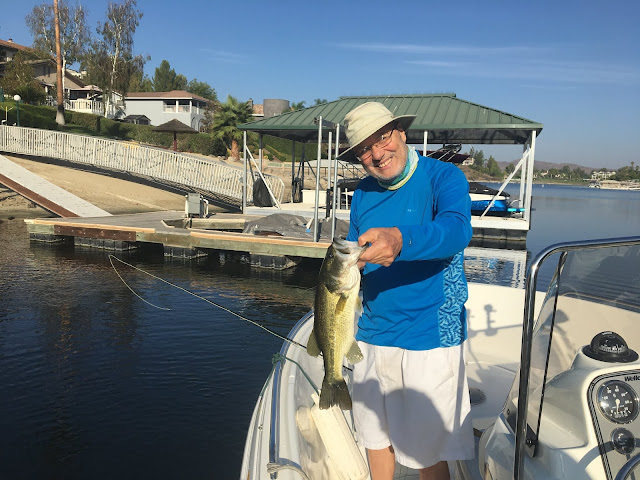 With the sun starting to hit the water Luc decided to hit to the East Side and so we moved.  Once with passed through the tunnel we fished the bank along the main road and there I managed my best fish of the day.  With a weakened wrist this fish felt like a beast on my 10 weight.  In fact all these fish felt heavier than they were.  We would manage one last fish a piece on this side before calling it quits.  Luc's last fish was from a wolf pack chasing bait to shore.  That would be it before we called it a day.
Posted by gourmetsportsman at 7:53 PM