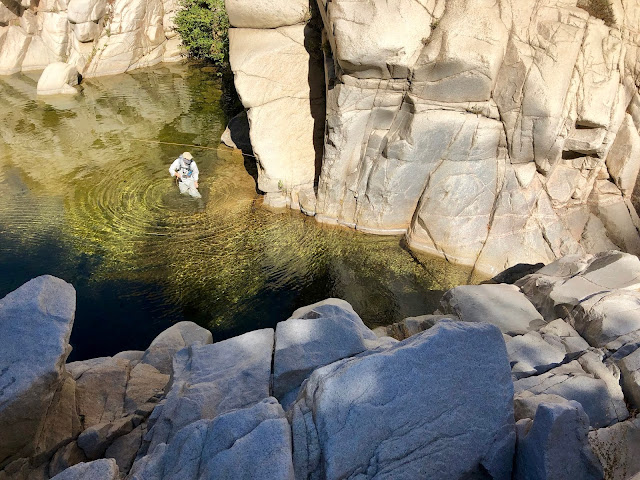 Last night around midnight I was in bed trying to get some sleep when I was startled by a frantic knocking at the front door.  Who the hell?  I got out of bed grabbed the pistol and checked the window to see who it was.  While pitched black I noticed a silhouette of a man with a gun holster and the typical police accouterments.  So I turned off the alarm and turned on the light put the pistol in my pocket and opened the door.  The deputy would hear the door open and came back and identified himself.  After a brief conversation he wanted some info on my neighbor who had he's backyard stereo on all day on the same channel.  I hadn't heard it but I guess some nearby did and called for a wellness check.  I texted my neighbor to see if he was okay or if he was out of town as he travels for business quite a bit.   I never did hear from him.  I wonder if he is alright.  I was out of cell phone range much of the day so I'm not sure if he ever replied.  Destroyed my phone on the water so I still don't know. 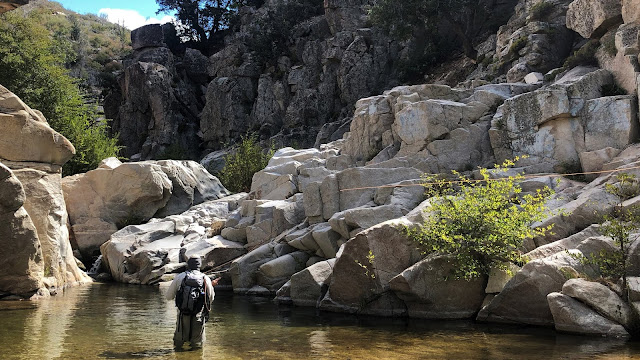 Now to the fishing.  Initially the plan was to fish the Kern but we axed that when we heard the fishing was only good for the first few hours of morning and then again at sundown.  Given the time to get there and how early we'd need to rise we called that off.  So we decided to stay locally.  We had two options.  Both in the past have been excellent but since we hadn't been to either in a while they were a crap shoot.  One option would be more difficult in terms of getting to the water and in the bushwhacking but most likely result in more solitude.  We choose the easier option in both regards.  I didn't want to deal with that road nor did I want to fight the vegetation with my backcasts.  While we choose the "easier " option we decided to fish a section we'd never checked out.  It proved almost if not just as hard in terms of bushwhacking.  Also there was no defined trail so there was either fighting vegetation or boulder hopping.  Despite these challenged at many spots it would open up and produce a beautiful pool with wide open spaces for casting.  We managed several fish but nothing of significant note.  Although I did have a local "beast" rise my fly only for the tippet to snap.  I did manage it on the GoPro and I've reviewed the footage.  Even with the camera mounted far away from the action the splash from the rise still looked big.  We ended the day by 11:30am and started our trek out of the canyon but not before I destroyed my iphone in the water.  Thanks LifeProof that's some quality waterproofing you guys have.
Posted by gourmetsportsman at 10:28 PM