Looking in my inbox, I noticed that I received an email from Heym. It was an invitation to visit their booth at the upcoming SCI show in Las Vegas. In it it discusses the Heym rifles with Ralf Martini stocks. I knew Martini was designing and making stocks for Heym years ago as he had sent an email notifying clients that he had taken up this project. But this email reminded me of our trip when we saw him at his shop in Cranbrook.

My father and I visited the master gunmaker in the summer of 2009 when my father was ordering his Hagn single shot. Ralf is a German gunmaker who immigrated to British Columbia and eventually joined forces with Martin Hagn to build fine guns. Hagn is the inventor of the Hagn single shot falling block action. Eventually the two parted ways, both still create custom Hagn action rifles and Mauser action bolt rifles for clients all over the world.

Ralf's workshop is attached to his house. He and his wife were kind enough to answer all our questions and allowed us into their home to take a look at their trophy room. Similar to Hartmann Weiss, being German, Ralf actually does not particularly like the German gun aesthetic, opting instead for the classic lines of a British Best.

My father's rifle should be finished anytime now. 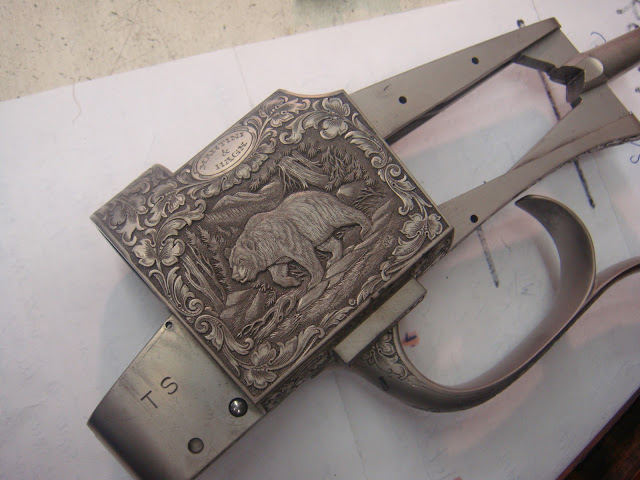 This customer's action is just back from Germany where it was sent to be engraved in the German deep chiseled style. 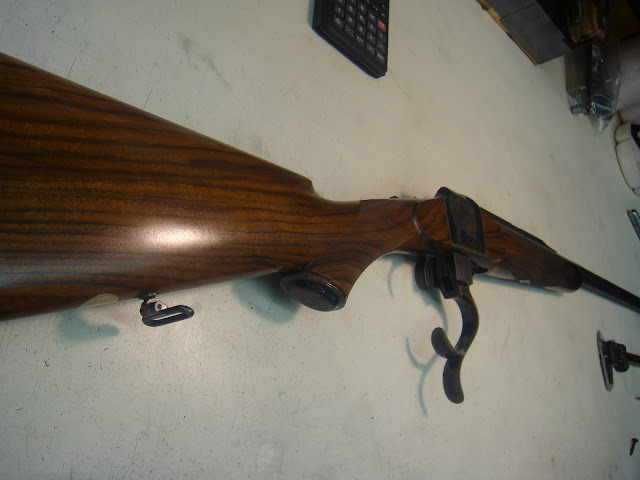 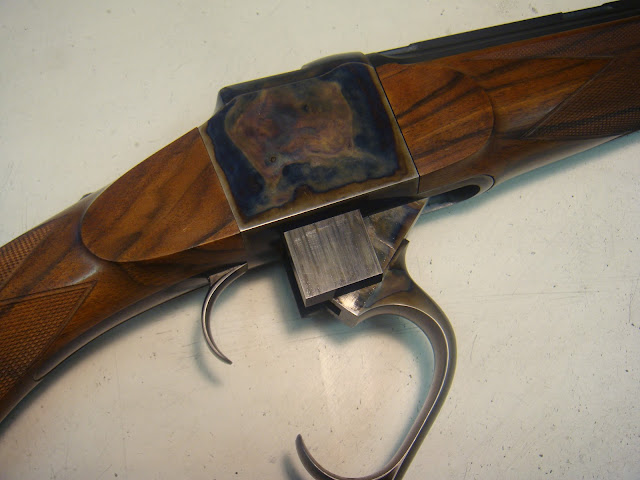 This single shot was sent in for minor repairs. 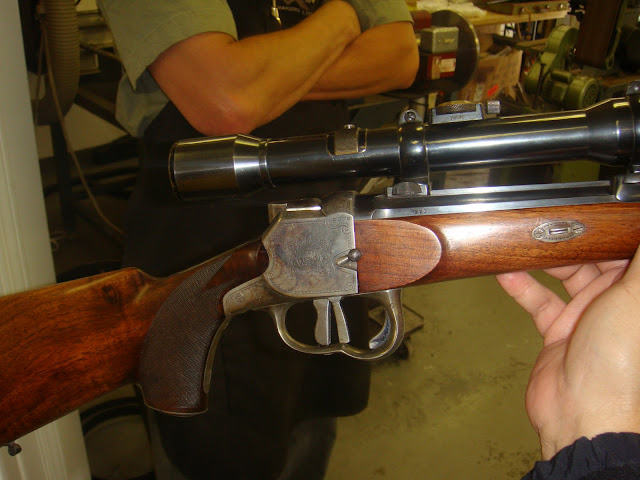 Ralf shows us an old German Heeren action single shot that I tried to convince the old man to buy. 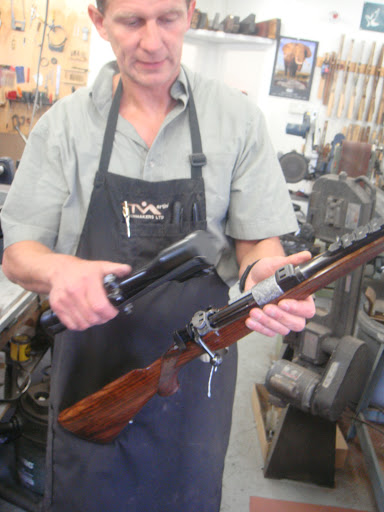 Ralf shows me one of his Mauser action bolt rifles with a claw mount. 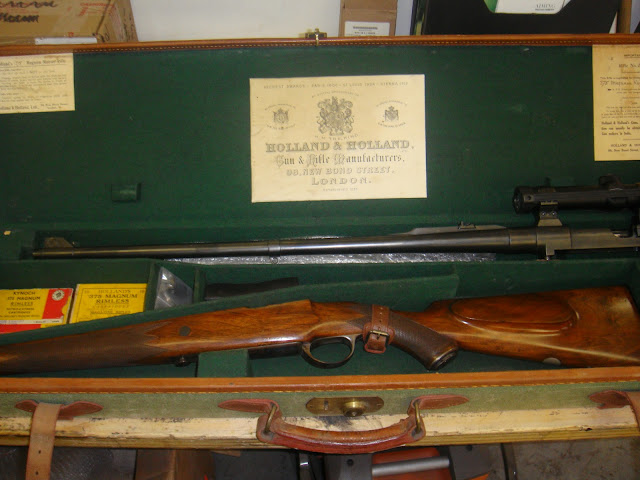 A client's Holland and Holland Mauser in .375 H&H sent in to Ralf for repairs. 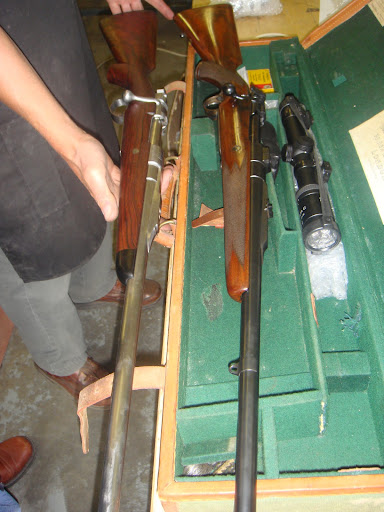 Ralf compares one of his Mausers, still in the white, to the H&H. 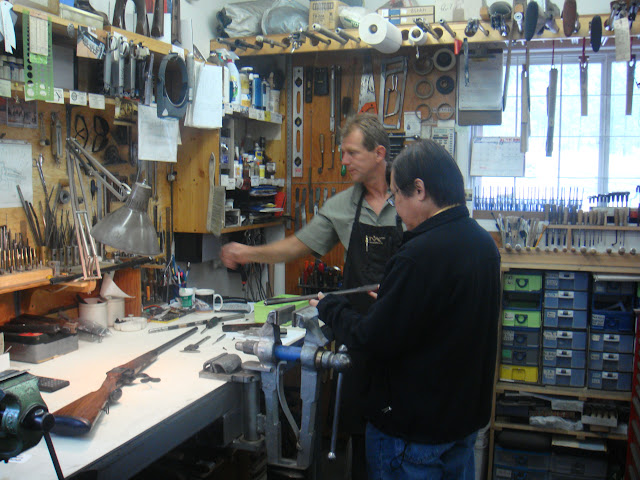 Ralf and the old man discuss half round half octagon barrels. 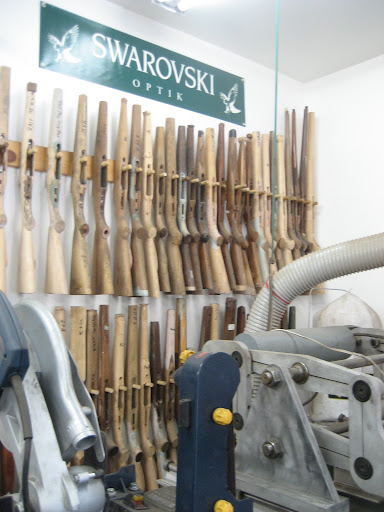 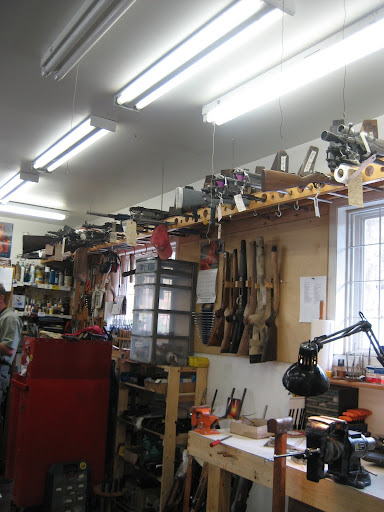 His shop where the magic happens. 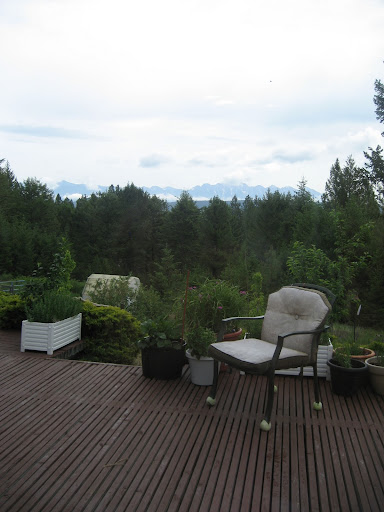 The Martini's backyard view. Not too bad. 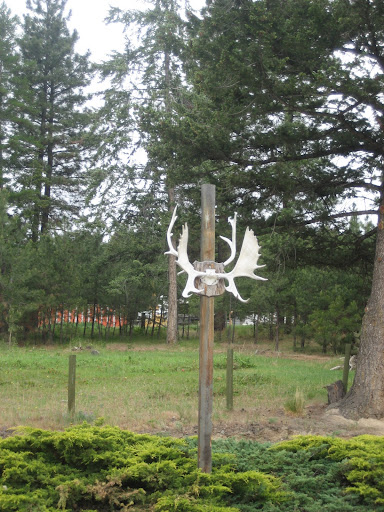 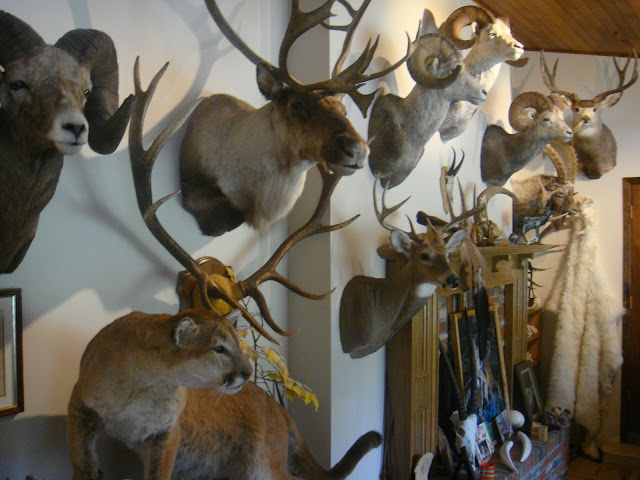 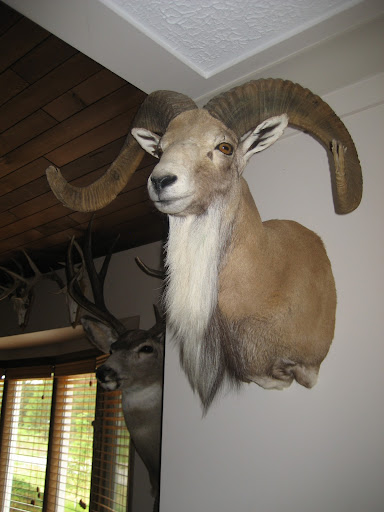 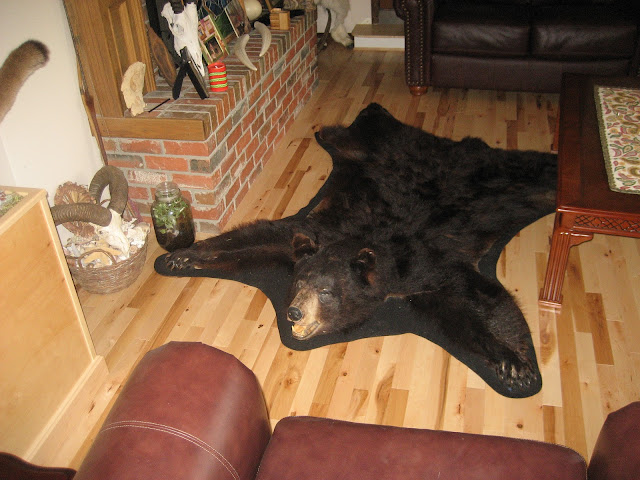 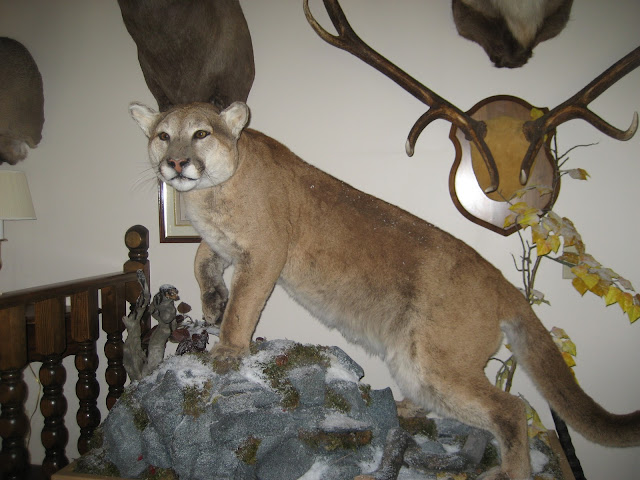 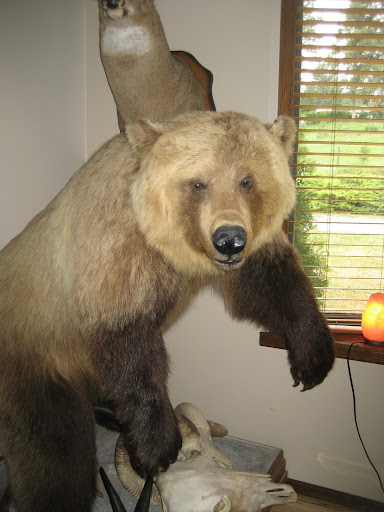 The Martinis were kind enough to let us into their home to show us their trophy room. 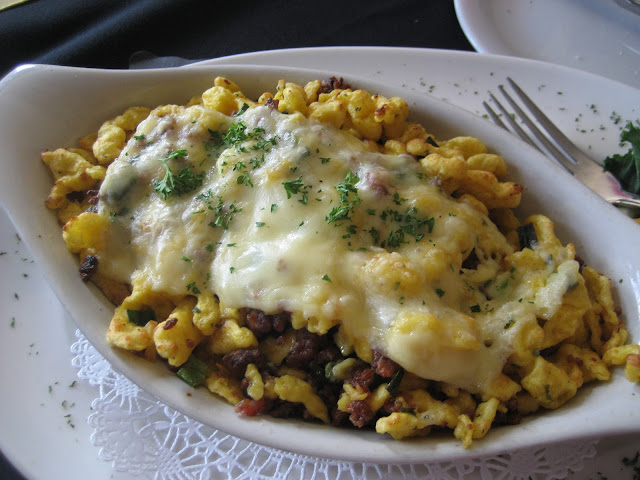 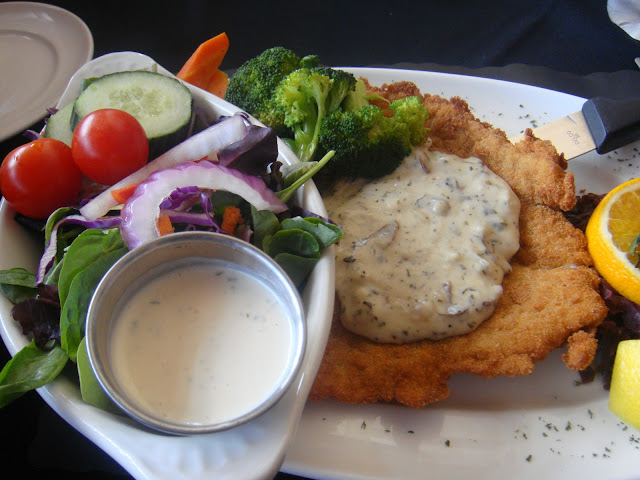 Afterwards we asked if there were any good restaurants in the area. They suggested that go to Frank's Steak and Schnitzel Haus for some good old German heart attack food, Spätzle and Schnitzel.
Posted by gourmetsportsman at 5:38 PM