Impressions of the Contour Roam 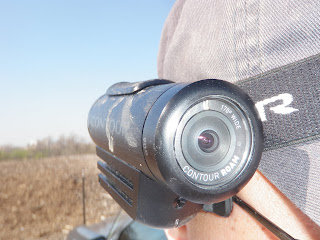 I used the Contour Roam seriously for the first time this weekend. As this piece of gear is still new to me, I'm working out the bugs but here are some of my initial impressions:
Cons first:

It's too bad the hunting season is over so most of my use now will be while fishing. Hopefully I'll get all the kinks worked out during that time and my hunting vids next year will be much better. I honestly believe the videos would be much better if hunting ducks in a blind or for pheasant hunting. The reason the shots tend to be closer and the birds are much bigger so they most likely will be caught on film much better.

Posted by gourmetsportsman at 1:09 PM