First Fish of the Year 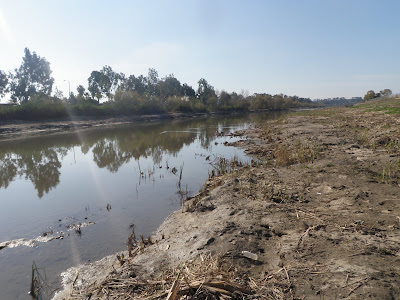 Just got back from carping. I started just after 10am. The last time I hit these waters was in late summer, so I was not sure what to expect. To my surprise the jungle I had to ford through, and basically stop my fishing last summer, was now all gone. It has been completely mowed down, making it perfect for casting. With all the tules and vegetation removed, you no longer need to pick your shots as you can now cast anywhere. There are some disadvantages though as these spooky fish will see you and bolt once they see your silhouette. That was not much of my concern today though as I forgot my polarized glasses.

I chose to use my favorite rod,the T&T Helix 5wt SW and one of my least favorite reels my Orvis Battenkill 5/6 Disc. I normally do not use that reel other than for use at the casting club, which I haven't been to in ages. The reason I choose to use that reel was because I know for a fact that the reel is loaded with a 5 wt floating line. In fact I don't think I've changed that line in over 11 years. My other reels I typically use are my Tibor Tailwater but I know I split the line the last time I used it and I've yet to replace it. The other reel is a Tibor Freestone, one of my favorites, that I used last year but I soon realized that it was loaded with a 6wt floating line. The Battenkill's line is so old and dirty my casting sucked. I'm sure most of it was the fact I've not casted in months but nonetheless I'm blaming the gear. 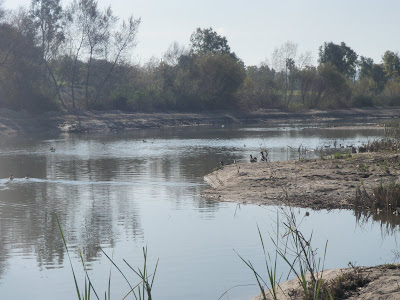 A lot of mallards on the water. Where you all of you during the hunting season?

Without polarized glasses it was not only tough to see the fish but to see direction they were facing. Also it made it difficult to see where the fly in relation to the fish and whether or not it was even taken. All this resulted in me losing my first fish. I felt it strike and I stripped it right out of its mouth. He did not spook though and I casted to him again. He took and spit the fly out this time before he decided he had enough of that spot. 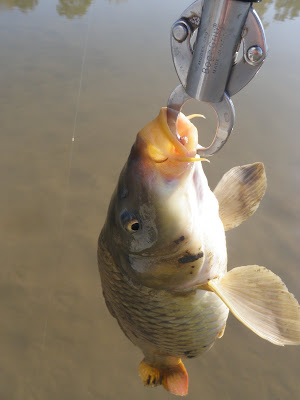 Moving on I found what I thought was pair of carp and casted to one of them. Realizing that one of them was not a fish I casted to the other. This time it was a fish, he fought me for a few minutes. He seemed lazy and did not give much of a fight. No real big runs and barely bulldogged me. I managed to land him and weighed him at 5lbs.

No other action after that as I spooked at least 5 or 6 more sunning carp. I gave up just after noon. The breeze was adding chop to the water so sight casting became impossible. 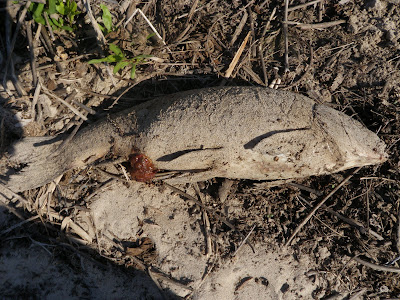 Found this guy on the banks. Someone doesn't like carp.
Posted by gourmetsportsman at 12:38 PM