When Koji let me know months ago that he wanted a day on our SoCal trout waters, I debated long and hard on which river I'd take him to. Having traveled a bit myself I know how difficult it is to adjust to a different timezone let alone trying to acclimate to a different climate. So I didn't want to take him to place with a difficult hike. I ended up deciding on the West Fork, due to its paved road along side the river making it an easy hike. I'm much a fan of the West Fork but I thought its easy fishing and an easy walk.

While driving up the mountain I asked Koji whether or not he wanted to fish the East Fork instead since in my experience it had the larger fish but slightly more difficult hike. He opted for the East Fork.   I'm glad he did as I prefer the the East Fork much more.   It  was hot today but the fishing was not affected whatsoever.  The fish remained feeding throughout the day and were taking anything that was thrown at them.  Kojo at one point even casted a size 8 foam fly at them and the dinks even struck that although they couldn't fit it in it's mouth. 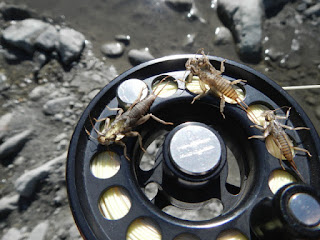 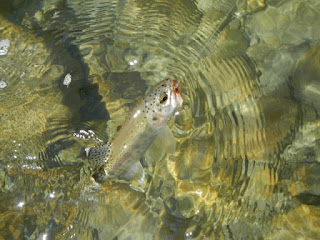 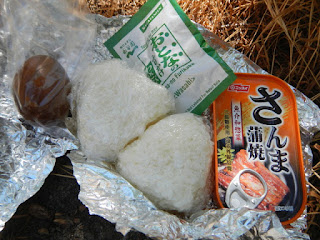 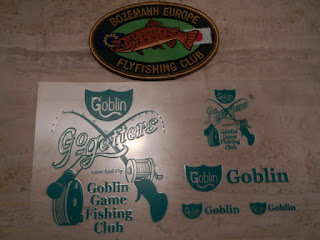 Typical with the East Fork, we both managed more fish than we could care to remember, over 60 a piece. Most were in the dink range but all on dry flies. There were a sprinkling of larger fish as well many in the 6-8 inch range. Koji managed 10 incher and I bested at about 9.  While there were no pigs today, I did speak with a group of hikers that let me know that there were some serious fish about a mile from us.  I thanked them for the info and they went on our way.  About six years ago I had once caught a 13 incher here with Joel and I was looking for that hole today hoping that his offspring would be now dominating that pool.  We didn't make it that far but one of these days I'm going to make it past the bridge to nowhere and look for lunkers out there.  Upon returning Koji gave me some of his fishing club's merchandise, a patch from his European club and a sticker from his Japan club.  I think they're pretty cool.  Thank you Koji.

To those with little shits Happy Father's Day.

Posted by gourmetsportsman at 6:59 PM