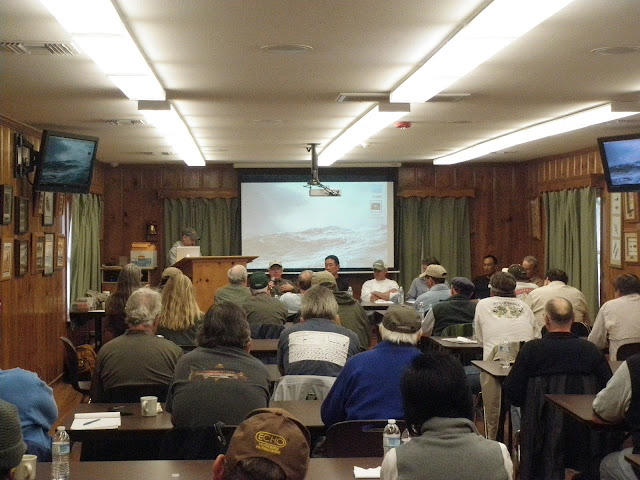 The Long Beach Casting Club hosted The Double Haul Ball today. This free event was SoCal surf fly fishing specific. Many of the big names in the SoCal scene showed up to present information that would be helpful to anyone trying to get into or trying to improve their skills at targeting corbina or any other surf species.

Since I'm over the whole surf scene now and have moved on from it- I've caught my share of corbina, croakers and halibut in the surf-  I did  show up not for the seminars but rather to catch up with some old faces I rarely see anymore, specifically Doug Uyematsu, Joe Libeu and Bill Calhoun. I wanted to catch up and see what each guy was up to and get their contact info so we could fish together sometime. I did,though, find the portion by Robby King regarding making fly fishing videos particularly interesting as well as the fly tiers at attendance.

I've always like Uyematsu's flies so I spent sometime looking at his flies he brought and found this one particularly interesting, it's an oldie but I had never seen it since I left the surf scene: 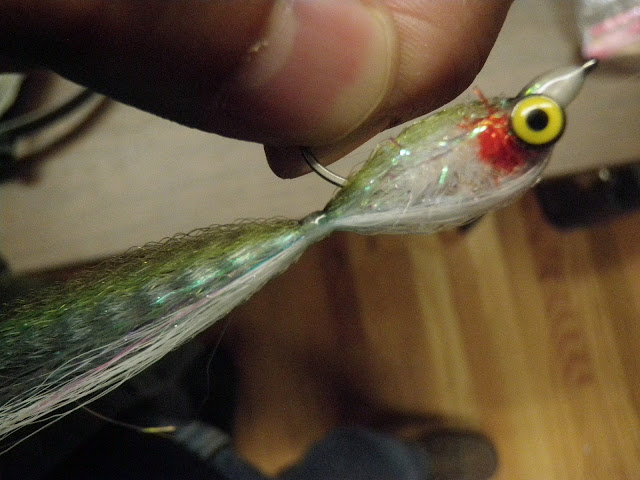 It was good seeing old faces and getting their numbers so that we could fish together since most of my old reliable fishing buddies have moved on.
Posted by gourmetsportsman at 4:06 PM