Fishing Not Catching And Breaking My Favorite Rod 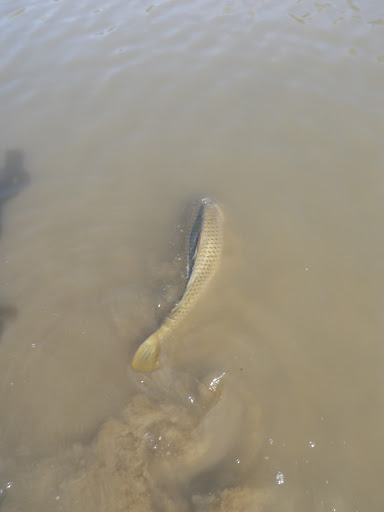 Today was an interesting day. This is the first time I've ever had a miserable carp outing and was not upset about it, well up until I snapped my favorite T&T Helix 5WT SW. That's the second time I've busted this rod. The first time I snapped the tip by slamming my clouser at it while fishing Newport Bay with Yosh a few years ago. At least that time I was casting to fish. Today on the other hand I broke it retrieving a plastic bag. A PLASTIC BAG!!!! Up until then I was actually having a good time even though I was not hooking up with any fish.

The carp are spawning and have taken to the tules to mate. They are making quite a ruckus and its very entertaining and quite scary at times when you're not ready for it. Its the same feeling when a quail suddenly flushes at your feet after a long day of seeing no birds. It startles you pretty good. I literally saw 100 carp today. Most were thrashing in the tules. Others were chasing others off. I saw a pod of about 6, shoulder to shoulder causing havoc, splashing water everywhere. The fishing was near impossible. Firstly the wind was out of control. The 5wt was quite the chore to cast. Secondly most fish were in the reeds and the garbage, both natural and man made, in the water was excessive. You'd hook up on something almost every other cast. Its was annoying. Not that it mattered as the fish were all tight lipped and refusing even the most perfectly presented fly. There was one giant thrashing about in the center of the water that probably provided me the best opportunity for a catch. Unfortunately he was bit out of casting distance although that did not stop me from trying to get a fly to him. I got in the water in an attempt to give me better casting room. In doing so the muddy ground started to give and I started sink slowly until my wellington boots started to fill with that nasty ass smelling water. I managed a few casts where actually good ones too but he refused all my offerings before I repositioned myself. He was big, may have been as big or bigger than the 9.5lber I caught just a few days ago. 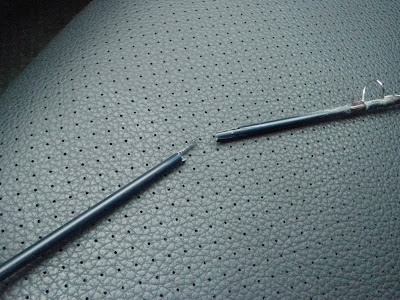 The carp were pretty tolerant of my presence and not nearly as spooky as usual. In fact I had several near my feet before rushing off. I even had one bump my Wellingtons. Eventually I realized that these fish had no interest in eating so I mentally quite fishing although I did throw a line here and there. That is when I should have stopped. I made one cast and got caught up in a plastic bag. Foolishly I yanked it to shore thereby snapping the tip section. GREAT. I guess its off to Marriott's to send it back to T&T.
Posted by gourmetsportsman at 3:52 PM