I know someone who just returned from Argentina on a Goldern Dorado trip and it resparked my fascination with the place.  For more than a decade now Argentina has been on my mind. Ever since Wild On The Fly wrote an article about fishing Golden Dorados in the early 2000s, I have be dreaming about going. I almost made it too. At one time Argentina was having a promotion, an all inclusive trip including airfare from LAX to Buenos Aires for $2995. You had the option of fishing, I believe 3 days, in Central Argentina for Golden Dorado or fishing in the Patagonia for trout. I almost choose to go after Dorado but I could not find anyone who wanted to go with me. Instead I used that money and went back to Costa Rica with my friend Bryan Webb and his buddies in search of my tarpon.

I still wonder, what if I went to Argentina instead...That particular deal is no longer good and as this economy sucks and my disposable income not quite what it once was I am relegated to daydreaming. So I spend my time reading articles or watching videos.  It seems Argentina is making a strong case as the world's foremost sporting paradise and pushing it pretty hard.  Years ago they came out with Mel Krieger's Patagonia.  This is a beautifully filmed movie that showcases not only Krieger's talents but Patagonia's magnificant trout.  Obviously this film is an hour long commercial for Argentina fishing but I don't care.  I would rather watch this advertisement any day to any other stupid ad that pops up before you try to watch a youtube video.  Its fun to live vicariously through the film as you watch Mel throw some amazing loops to huge trout.  The film showcases the best Patagonia has to offer, including Sea Run browns down south at Tierra Del Feugo among other locations that hold giant size trout.  RIP Mel. 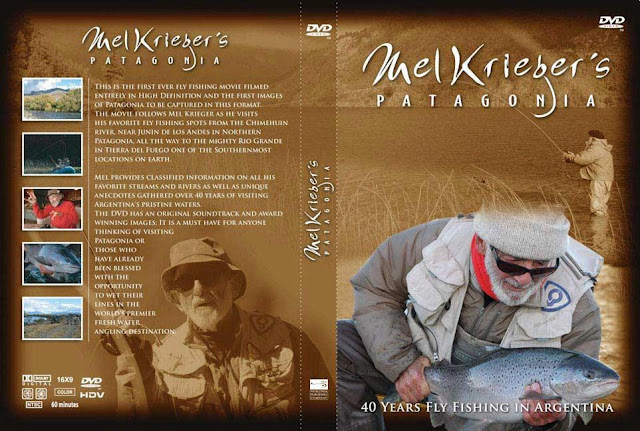 I believe the hunting version came out just last year, I purchased it once I heard about it.  Again the Argentina tourist board were smart enough to hire an authority in his field, Craig Boddington, as they were to hire Mel Krieger, to come and film the excellent opportunities to hunt this large South American nation.  As with the fishing version, Big Game Argentina with Craig Boddington is beautifully put together and showcases the awesome hunting opportunites available throughout the vast landscape of Argentina.  Craig hunts it all from stags, to boar, to mouflon, to waterfowl and doves among others.  If you ever thought about traveling to Argentina to hunt or fish you should check out either one of these DVDS.  If you have no interest in doing either the movies are still worth a look. 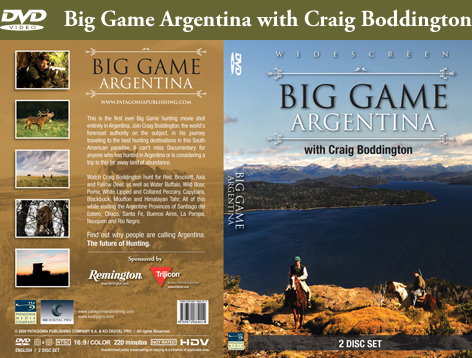 Posted by gourmetsportsman at 9:01 PM