Another Shot At The Bay 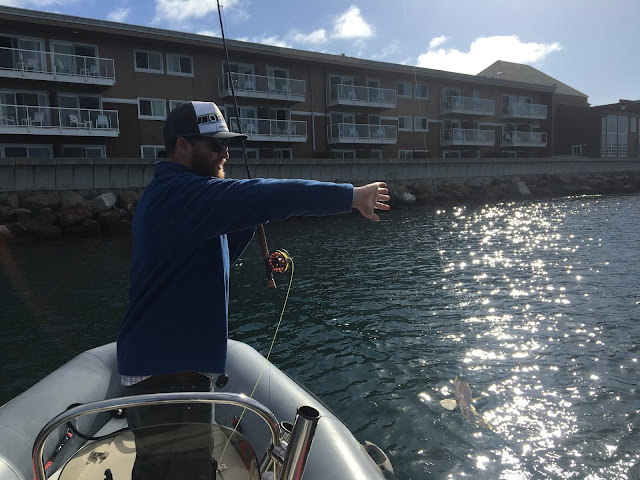 I had to take my folks to LAX early Wednesday so I had a few hours to kill before I could head home without dealing with traffic.  So asked Jacob if he wanted to hit up King's for a few hours.  He told me he was in but that morning I received a text from him if we should go or not as it was raining where he lived.  It was raining in OC as well so I checked the weather in Redondo and it wasn't raining and it not was forecasted to rain until late afternoon.  I gave him the option to back out.  I wasn't too jazzed anyhow as it was not going to be good anyways.  No matter, whether he bailed or not, I'd be fishing just to kill time.  He texted back after a few minutes that he's in.  Once on the road I realized traffic to LAX was going to make me late and I texted him as such.  No worries as he was having the same issue with trying to get through downtown.  We didn't get the parking lot until 30 minutes after our planned time.  I decided early in the week that we'd stay in the bay.  I didn't want to venture to the outer wall as I didn't want to waste a sea-sickness patch on another shitty day.  So we armed ourselves with light rods and lines.  Early Jacob was on his first hook up.  Nothing of significance.. for the morning he had 3 bass and 2 lost.  I had 2 lost and one to hand. 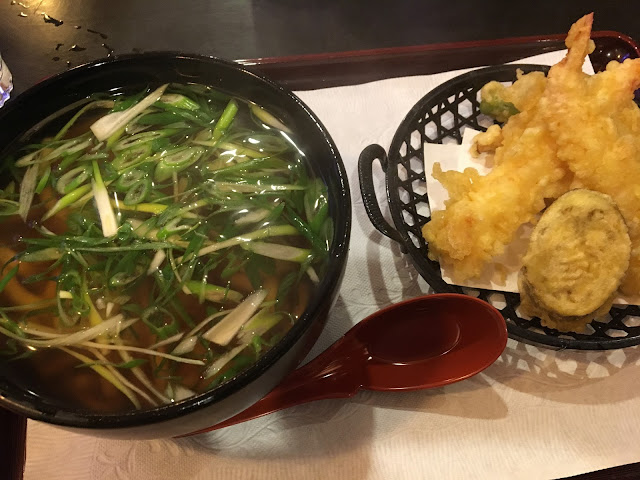 It was my time to treat for lunch and it was time for Sanuki No sato.
Posted by gourmetsportsman at 11:34 PM