February 18, 2018
Weather reports indicated a serious storm coming in with winds up to 29mph.  With such conditions, fly fishing was going to be next to impossible.   The debate was to hit up the river or the lake.  The lake fishes well in nasty conditions but, my thinking was with 29mph winds whats the point?  You won't be able to cast.  On top of that we didn't come prepared.  Wrong rod, lines, indicators, and no ladders.  Of course any decisions we made would likely be the wrong one.  We didn't bother setting the alarm and when we woke we took our time before heading into town to get some intel from sporting goods stores.
We made our rounds to every shop we could think of: Sierra Trading Post, Sportsman's Warehouse, and Scheel's.  It was after lunch and we debating even bothering if we should even be fishing this day.  Perhaps this would simply be a recon trip of the river but after think about it if we were on the water we'd want to fish so he bought our Nevada licenses.  We got some info and decided to fish the river in hopes of finding some shelter from the wind.  I can say about the people in Reno, they are open with information unlike California where anglers, fly shops guard their fishing spots like its their daughter's virginity.   I guess with this many anglers it maybe wise.  Reno on the otherhand it seemed even random people overhearing us would give use such useful information including driving directions.  It was quite a shock to the system. 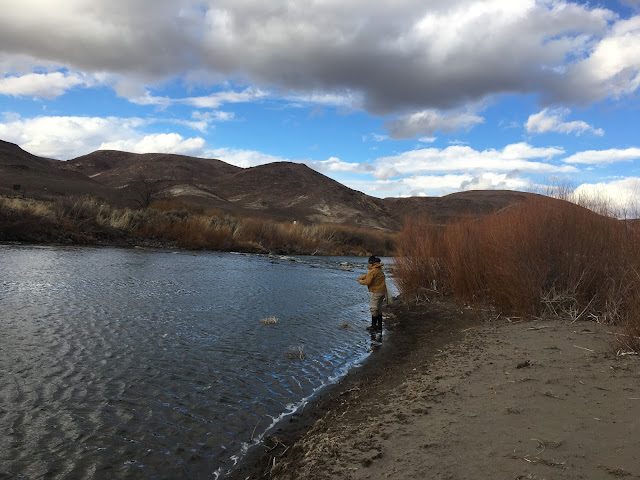 We fished the river but had no luck whatsoever.  The storm was making it way to us and hit us while fishing.  It was time to give up and call it a day. 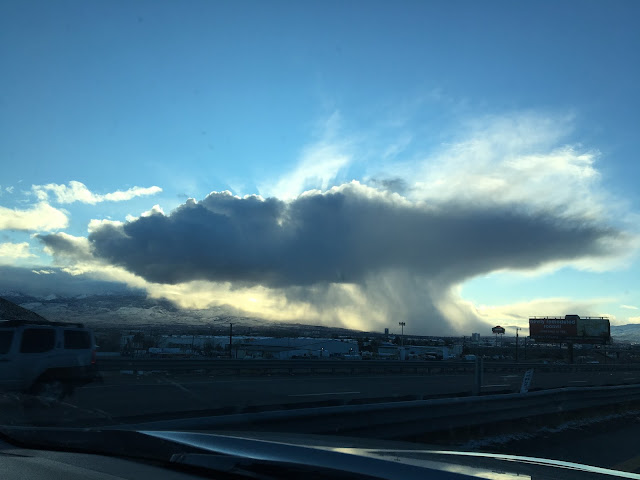 We stopped by the Reno Fly Shop and Orvis to get info on any recent reports.  Of course they told us the Lake fished well this day.  We looked at each other and said that figures.  So we extended this trip one day to fish the Lake.  Again both shops were extremely helpful and generous with info.  We headed to Walmart to buy a couple step stools and headed home.  After a quick meal at In 'N' Out we tied a few flies with material bought at both shops.
Posted by gourmetsportsman at 10:07 PM