Just Copy Whatever Luc is Doing

For five years now I've been fishing with Luc, in that time I've learned a lot from him. It may sound like I'm kissing his ass but he could be one of the best fishermen I've met. So one thing I've learned is whenever I'm struggling the best thing to do is do whatever Luc is doing. 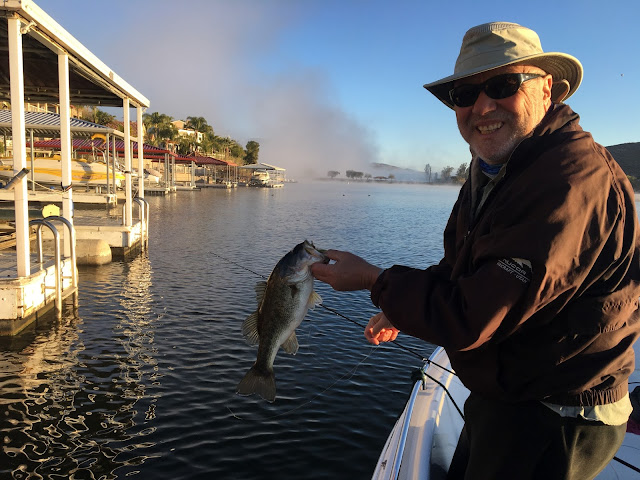 I asked a earlier this week if I could borrow one his rods for an upcoming trip.  He said no problem.  Last night I got a text asking if I wanted to fish his lake.  Naturally I responded "You Bet."  I arrived at his house before 7am. 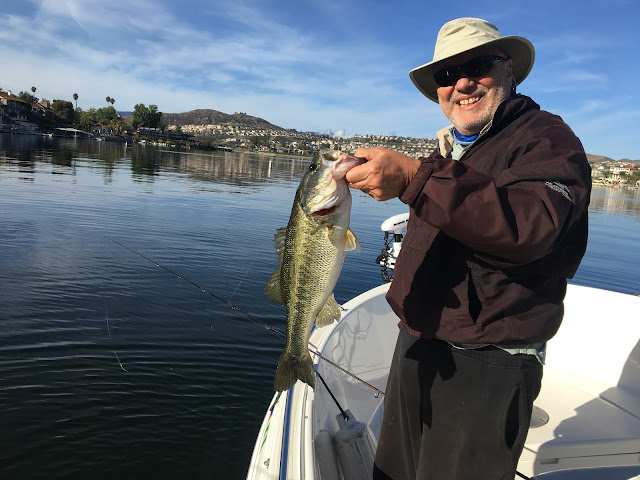 On the short drive to the launch ramp Luc let me know bass are already on beds and a tournament was held yesterday.  With water clarity at 20 feet these fish will have been hammered by gear anglers.  Secretly, even before I was told that I didn't expect much for today.  Later Luc told me he was thinking the same thing.  Our hope would be to get a few pre-spawn bass still aggressively chasing.  And after a few hours without much action, I thought it would just be one of those days.  Luc though was on early with his first fish.  He'd sporadically get bite here and there.  Landing some and losing a couple.  I had started with some experimental flies but when I wasn't getting any fish I swapped out to bluegill imitation similar to what Luc was fishing. 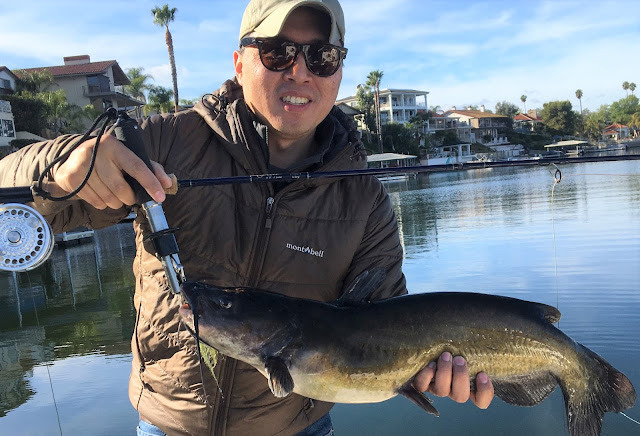 It wasn't long after that I was hit like a freight train while in mid-sentence while chatting with Luc.  After hours of mindless stripping it came as quite a surprise.  After a several minute fight and with Luc moving the boat toward deeper water and away from the structure of the docks, I finally landed my personal best catfish.  Eight pounds of slimy goodness. 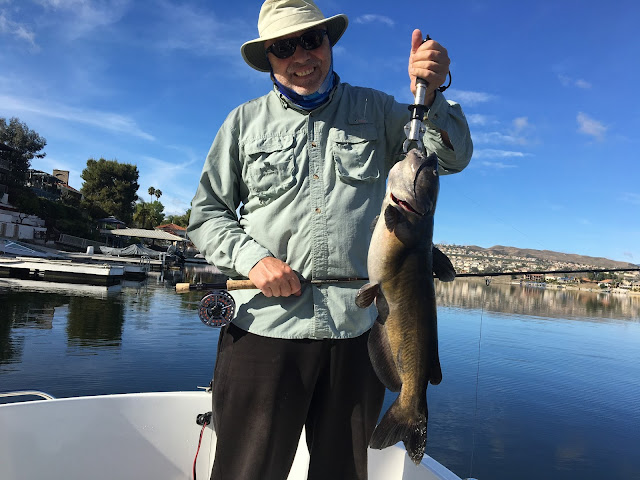 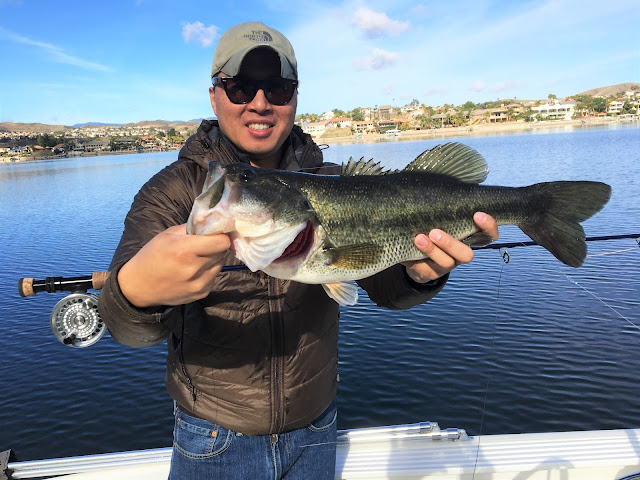 I believe it was the same dock while Luc was now changing out his now beat-up fly did I manage a nice fat pre-spawn bass.  Four pounds.  I don't think I've had a bass this size since Luc guided my buddy Koji last summer. 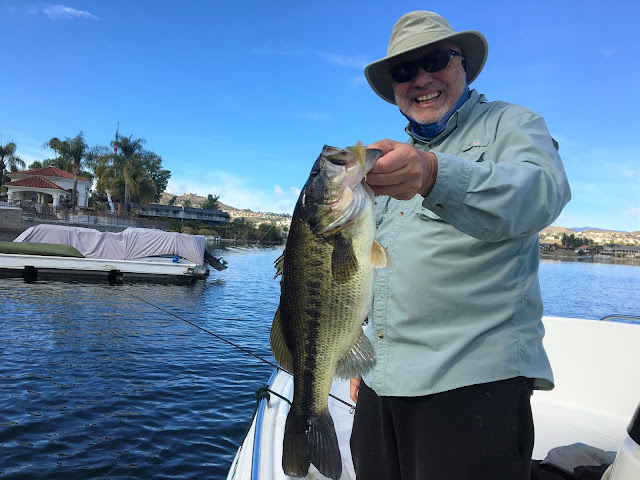 Again Luc would not be upstaged on his boat and not long after landing my fish he managed another bass besting mine by a pound.  We moved closer to the launch ramp and fished two more areas.  There, both of us caught some pretty lethargic bass that at first felt like a dead branch before revealing themselves as some pretty decent bass, close to three pounds before calling it a day.  All in all a fine day especially since both of us didn't have high hopes.
Posted by gourmetsportsman at 11:34 PM