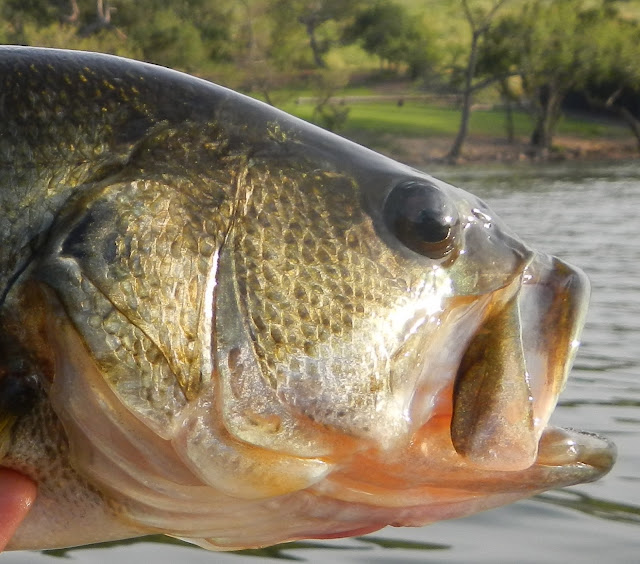 Not long ago Chul bought Ed's pram and after waiting some time to actually take delivery of it Chul wanted to take and get his first fish on it.  The original plan was to fish another lake but after reading some reports of bass staging up in the coves we choose to fish Puddingstone Lake on Friday afternoon.  This was the first time for me fishing here and while Chul had fished here years ago it might have been his first time here as well.

Earlier at work a coworker of Chul's told him to avoid that lake.  We should have listened to him.  The lake is located right next door to Raging Waters but the only thing raging yesterday was our tempers.  After having spent over 45 minutes driving around the lake making a entire loop before finding the appropriate place to launch the pram all the while running into staff members that were less than helpful, we finally launched the boat.  Stressed and pissed from all the headaches, we finally made it to the water, we fly fish to relieve stress not induce it.  Not a good start.  Casts after lousy casts we would occasionally get a strike in the most inopportune time missing fish when they chose to strike.  After hours of wind pushing us around, we made it to a protective cove that allowed us to make a decent drift. 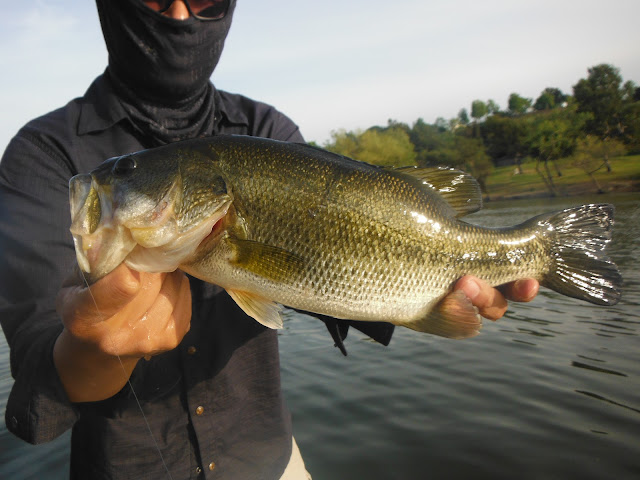 Chul tied on a gurgler popper and I suggested we move to a submerged tree.  After a cast or two I heard some splashing so I turned my head and saw Chul on a bass.  I helped land his fish and then weighed him on the boga.  At just under 2 pounds, this female was ready to burst with her fat belly.  She had inhaled the fly deep, but thankfully the fish was unharmed.  After releasing her I tied a fly pattern from Japan, the Floating Minnow Fly, that Koji gave me last summer on my 150 grain line.  I lost a bass on my first cast with this setup and another on my third before it was time to get the boat out of the water. 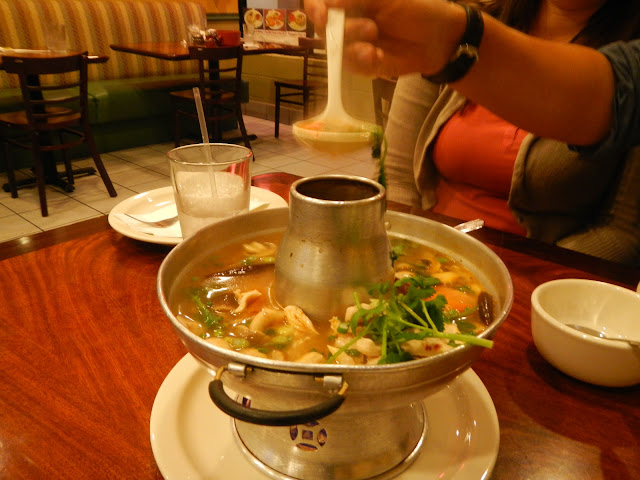 This day fishing was rough and even though Chul managed his first bass on a popper fly afterwards he did make the most apropos comment ever:  "This place still sucks."  To make it matters worse I didn't even get Chul's fish on video even though I was positive that the Contour was on during the fight.  I even recall making sure the slide was on the "on" position.  So the best part of the day wasn't even captured on film.  That figures.  The highlight of the day besides Chul's topwater bass was he at least took care of dinner at a great local Thai place.  Thanks for dinner holmes.  The day still sucked.

Posted by gourmetsportsman at 9:28 AM