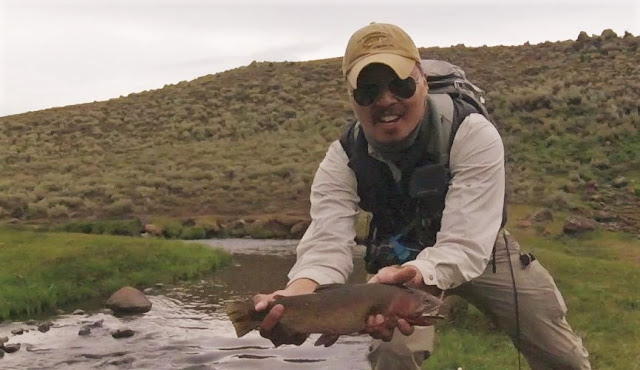 What is becoming an annual tradition we made another Montana trip.  We excluded Wyoming this year in favor of spending more time in Idaho.  Utah would be our first destination and we'd ht the usual spot to start. 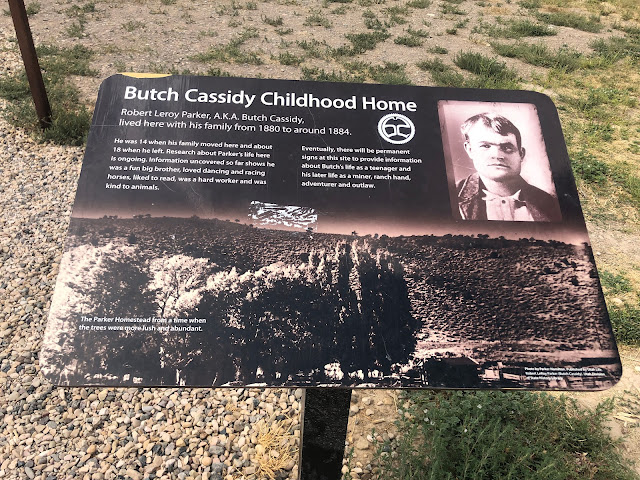 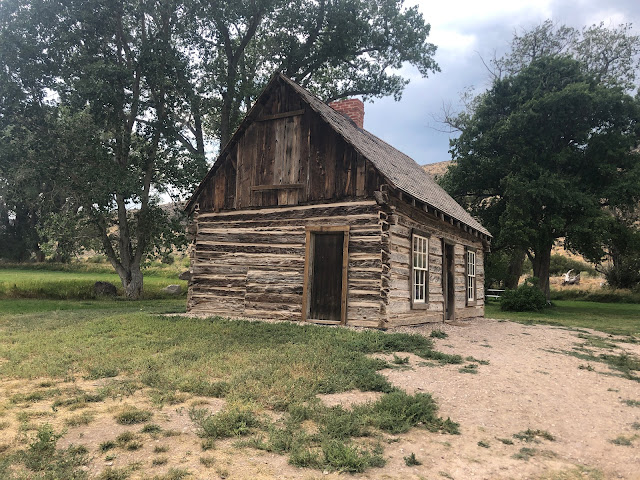 First stop was an impromptu sight seeing stop at Butch Cassidy's childhood home.  Having always driving past the signage but had never stopped to check it out until now. 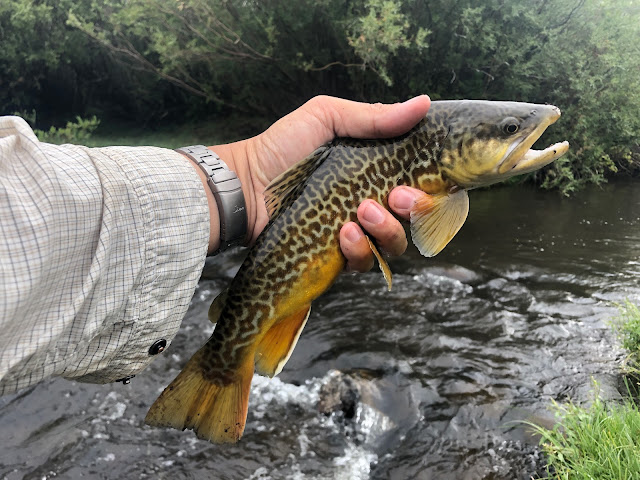 Earlier in the year I made a trip here and got my first tiger trout and that was my priority.  But on this trip I was looking for the cutty that Erik caught the last time I was here.  I believe that that fish was the fish Chul and I saw the last year.  The one that refused everything with threw at it. 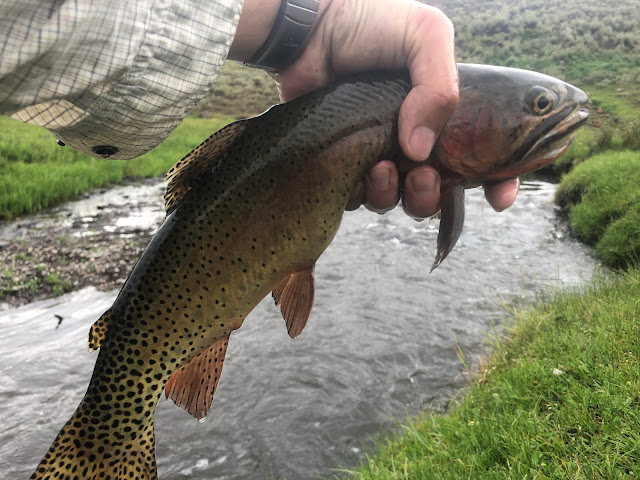 No sure if that this the same fish either Eric's or the one we saw last year but it was a stellar example for a creek this size.  Despite a few fish I caught fishing was poor.  I'm not even sure Chul managed any this time.  If he did they were dinks.  Not sure if another angler below out the holes, as there was a car parked near the trail or if it was the barometric pressure change or what. 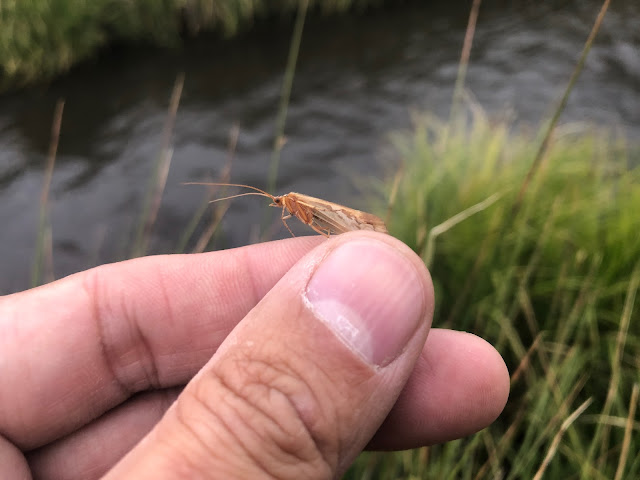 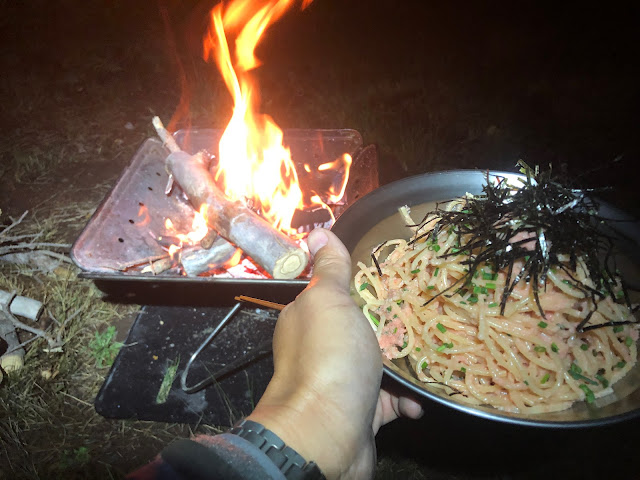 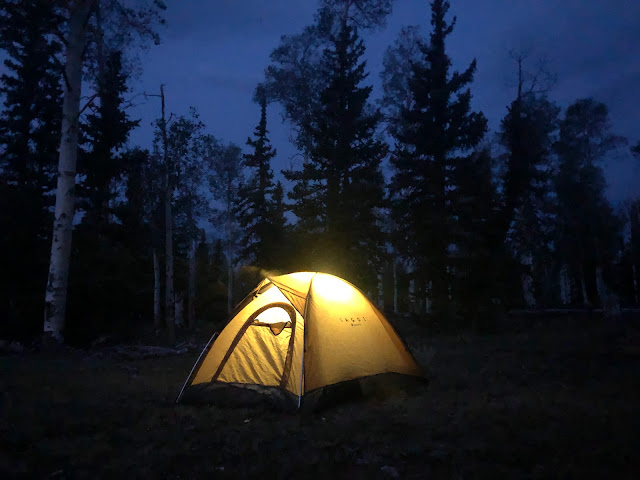 Unlike earlier this year finding a campsite was easy and we found a nice site.  After setting up the Snow Peak fire pit we made a fire to keep us warm and I prepared dinner.  In the morning I awoke with deer in the meadow and we prepared to check out another piece of water. 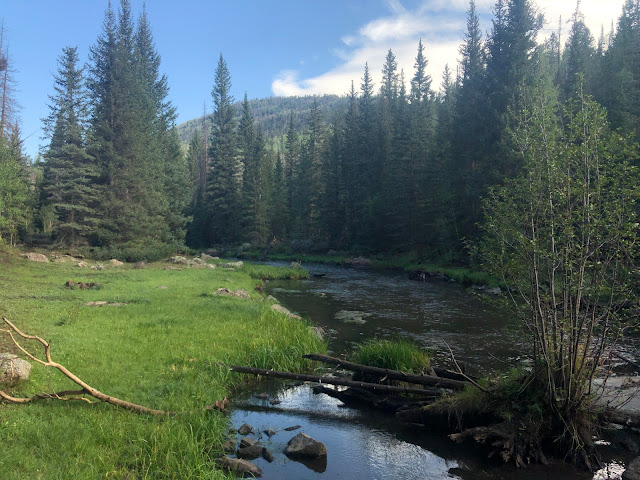 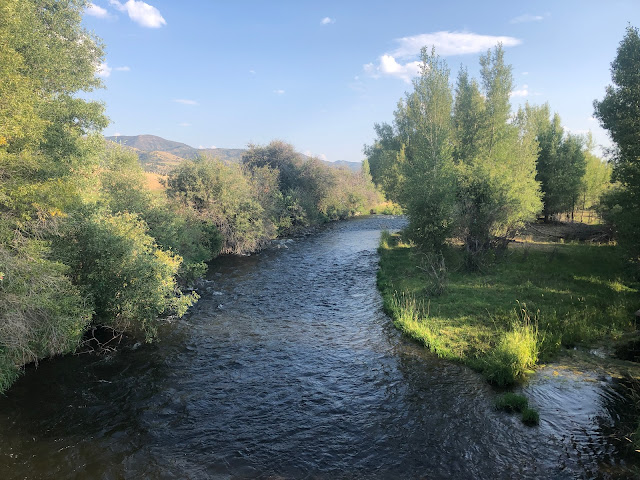 Unfortunately it was a bust despite looking promising.  We fished hard and despite our best efforts no fish wanted to grace us.  Not sure if this place is devoid of fish but I would find it hard to believe if that were the case.  But after reaching the dam with no luck we headed back to the truck to head north.  We'd stop at Fishhead fly shop for some info on the Weber River.  Wading was a bit swift and the water was at least waist deep.  Banks were densely lined so getting in and out of the river was difficult. 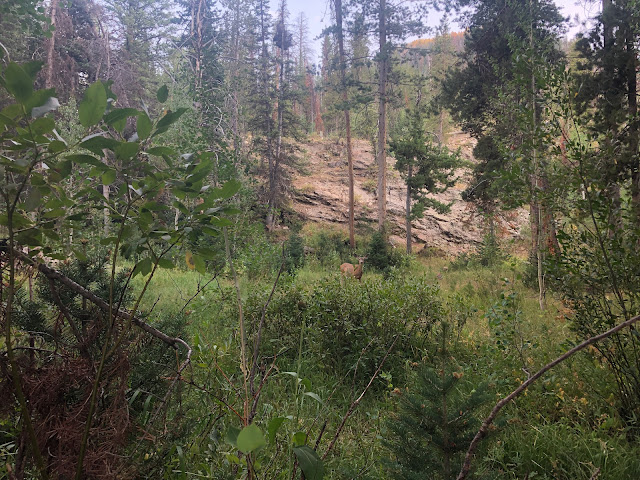 We would drive around up and down the river exploring.  There is a lot of private land and finding access was problematic.  Eventually we gave up on fishing and started to look for a campsite. 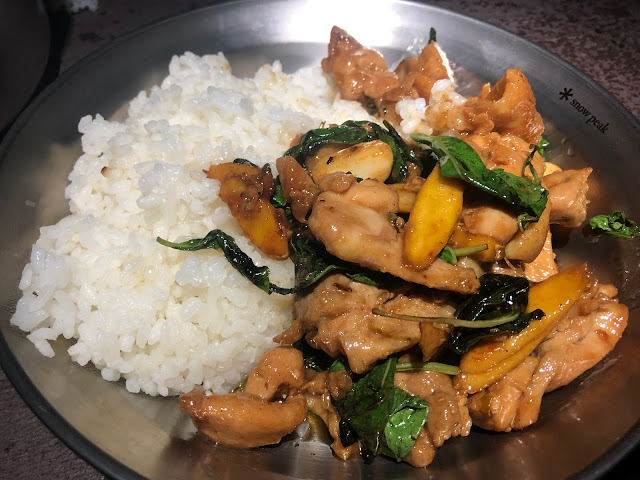 We found a campground on the upper most section of the river.  We hoped to fish ther but it was merely a trickle so I just prepared dinner for the night.  Three Cup Chicken with rice was on the menu for the night. 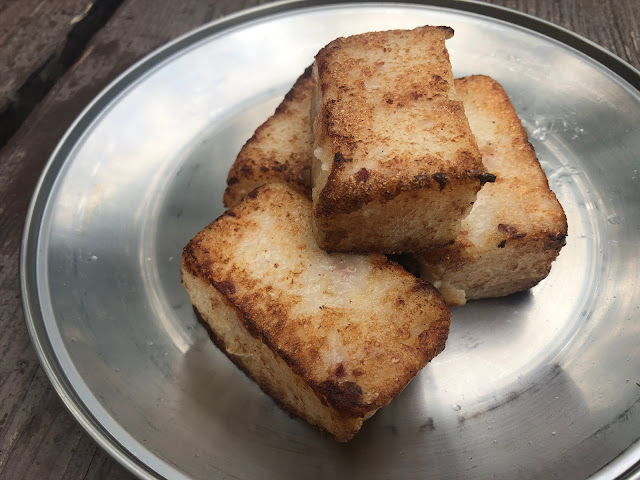 In the morning we woke to rainy conditions.  Because of it I prepared a simple breakfast of turnip cakes I brought for conditions like this for easy cooking and clean up.  Soon it was time pack up and head north for Idaho leg. 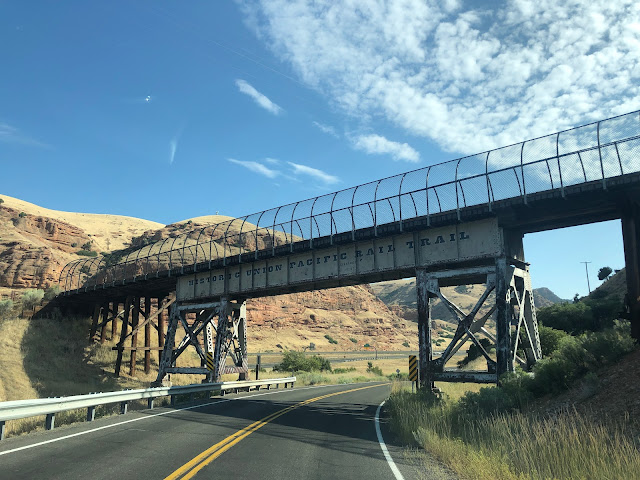