Escape From LA Redux Part Four: Coming Back Home and Trying to Complete the Utah Slam 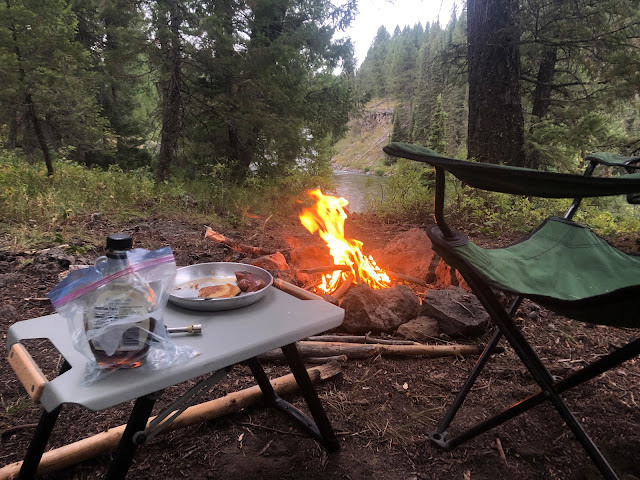 Morning was cold and after hotcakes and sausages it was time to head back to the Mike Lawson's for another day license and some more flies. 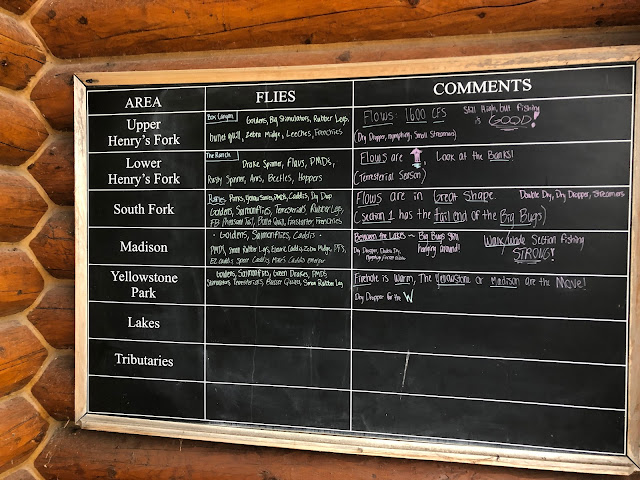 Whatever construction that was happening a few days prior must have been completed because we entered the park easily and quickly.   We hiked in and started to see multiple hatches but mostly tricos.  Amazing to see how much bug activity occurs here. 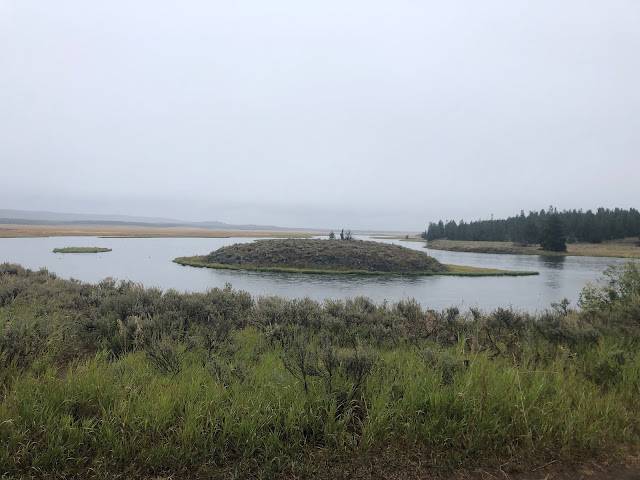 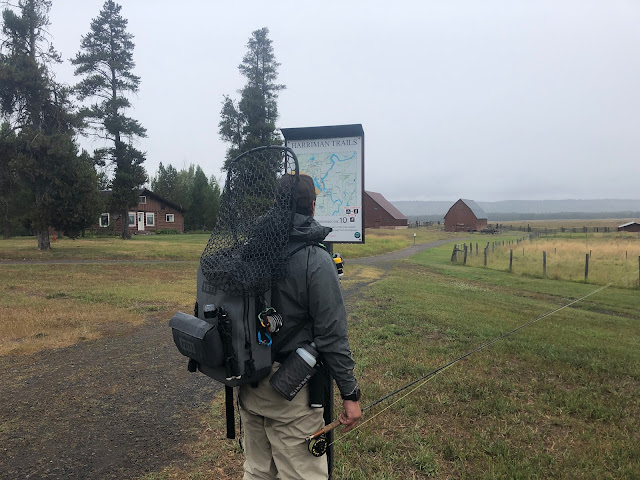 Like earlier in the trip we would try and help guide each other.  One would stand on the bank calling shots while the other was on the water.  Fishing was promising as fish continued to rise in the overcast weather.  We were trying to time their feeding cadence. By the time we were starting to get a groove and understanding the fish the weather turned.  Rain fell and the feeding ceased.  Since nymphing is very frond upon in this section we continued to try to get them to rise with no avail.  In the afternoon we went back to the Box for one last session before we left Idaho. 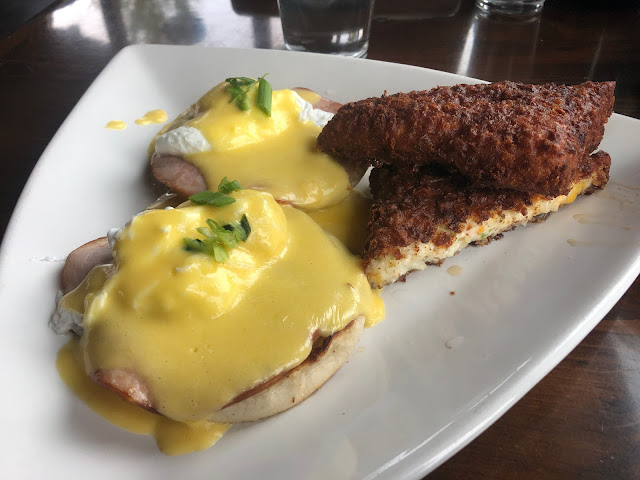 We woke in the morning and skipped making breakfast since we were too tired to deal with it.  So we decided to get something in town for ease.  Since our local shops do not carry it we stopped by TroutHunters to stock up on some leaders and tippet material.  At the shop I asked the staff where they recommend for breakfast.  Of course they suggested their restaurant.  I was reluctant to eat there because they were biased.   Ends up the meal was excellent and pricing was reasonable.  I had the Eggs Benedict with funeral potatoes.  On the way out I popped my head into the fly shop and thank them for the suggestion as the breakfast was fantastic. 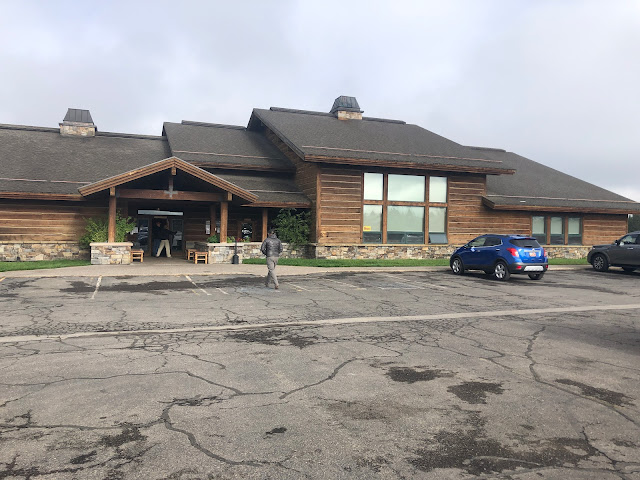 After the meal we started our way south.  Ended up stopping in Malta for gas.  It was a unique gas station with a sense of humor.  It was had petting zoo with interesting gifts.  Chul decided to pick up a finger puppet. 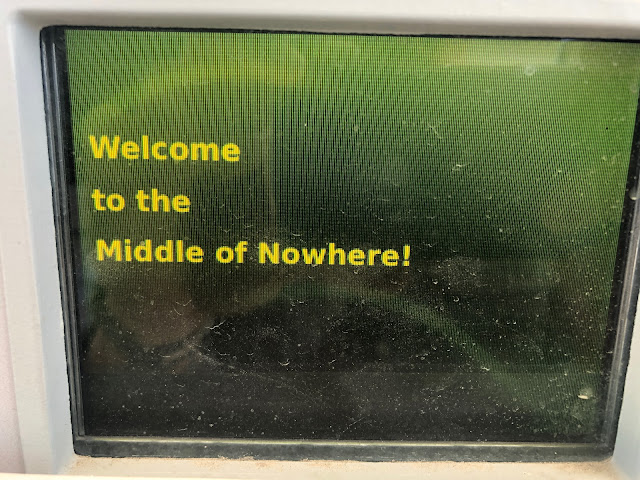 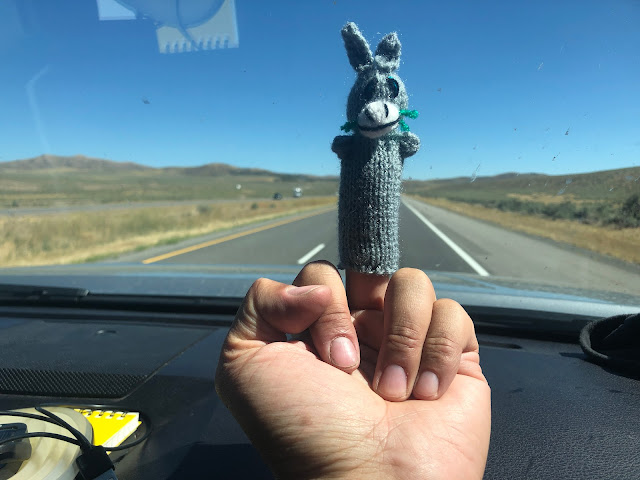 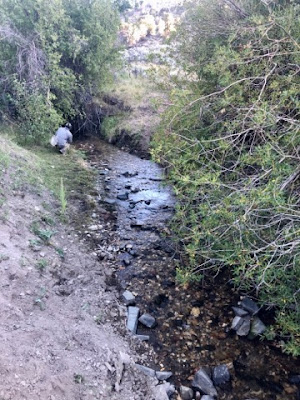 Our destination was the northwestern section of Utah.  Last summer we managed three out of the four Utah cutthroat species.  Because the area where the fourth fish are found is so remote and only found in a small sliver of this state we didn't even consider completing the slam.   This time we'd give it a shot.  The last on the list was the Yellowstone.

Finding water to fish was part of the challenge.  The watersheds here are no more than a piss trickle.  Casting is almost impossible let alone getting a drift.  Overhang brush,  floating debris or small rocks all affected presentation.  Place is almost unfishable.  There are only a few pockets where you could even get an acceptable drift.  Cast are more like dabs.  Maybe if there were enough room you could get in a bow and arrow cast .  Place abosolutley sucks.

I missed a couple and those were my chances.  Chul managed to get one. The picture is absolute garbage but he wanted to make sure to document it before it got away. 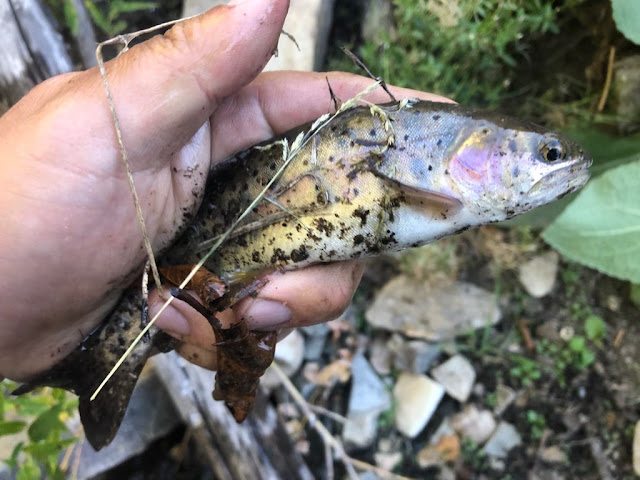 Had we stayed the night I could have easily returned to the spot and completed the task but I had made dinner plans with a my buddy Cory.  With no reception in the area I had no choice but to leave.  I wasn't too happy as I really do not want to return to this place in the future but I guess I'll just have to return. 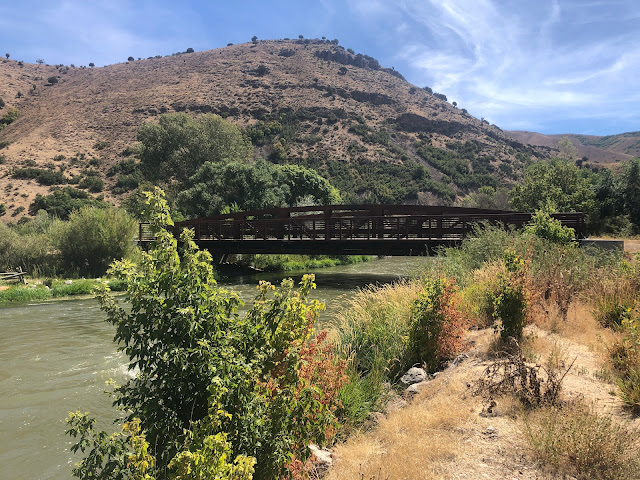 We arrived at Cory's way later and was not able to take him out to dinner but he had dinner for us ready though.  Cory and I spent the evening reminiscing the good ole days before crashing in his guest room.  In the morning we planned on fishing the Weber in town.  Fishing was rough and access was problematic.  We stayed for bit only to move further east to less populated area. 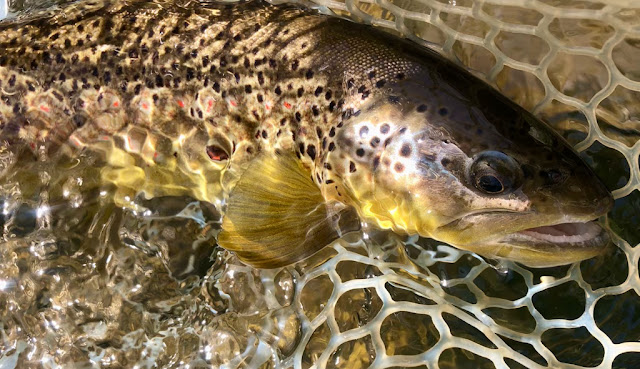 I wasn't fishing too hard as it was more about catching up than catching fish.  As the fishing was slow we moved onto the nearby small creek, Lost Creek.  There I caught a few small trout.  When we all met up at the end Chul managed a really nice one in the 18 inch range.  By the time we finished Cory needed to go back home.  So we decided to check out a spot that a customer at Fish Head fly shop told us about to catch Bonnevilles.  When we finally arrived water was pretty skinny and we were pretty discouraged.  So after some exploring from the road we decided it wasn't worth or time and to end the trip and make our way home.  We'd end up at a motel in St. George for the night before we'd make the trip all the way back to California.

Posted by gourmetsportsman at 3:06 PM