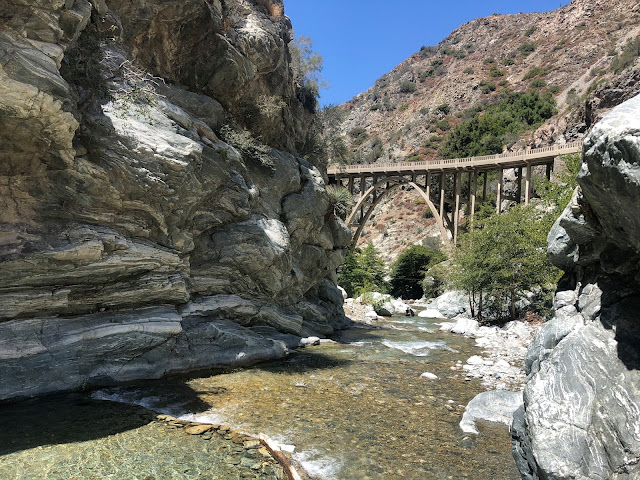 Over 10.5 miles today on land, not counting on water miles. Gave up on this place during the drought years when I returned after years of fishing elsewhere in the LA mountains only to find the place devoid of any fish. Decided to return and check it out after hearing promising reports. Fish are back and bigger than average from heyday years past. The fish are strong, feel heavier and fight above their weight class. Not all news is good unfortunately. On at least five occasions we had to divert off-trail to avoid some asshole's (word chosen carefully) shit on the trail. Fudge smeared shit-tickets next to a steaming pile landmined the pathway. These fucktards didn't even have the courtesy of kicking a little dirt over it. Reminds me of the infinite wisdom of Detective Lieutenant John McClane “Fucking California.” 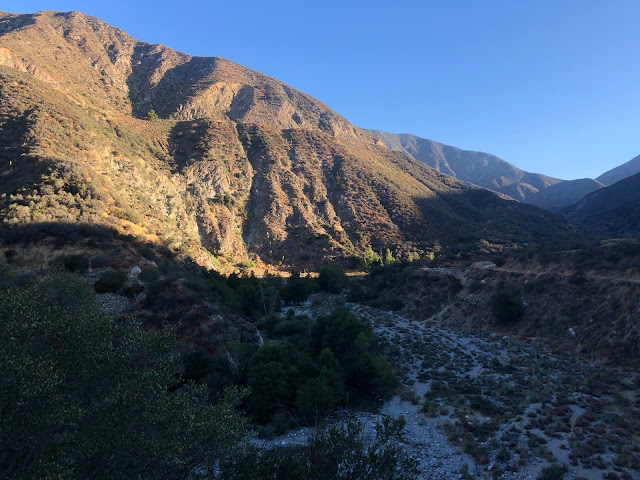 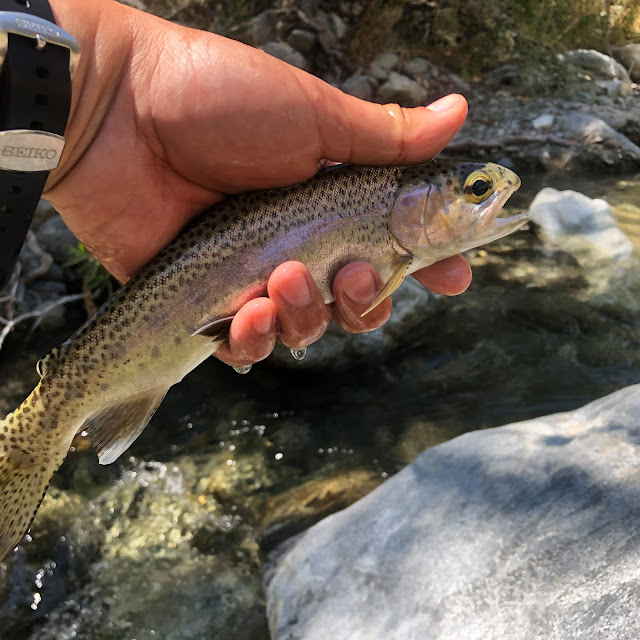 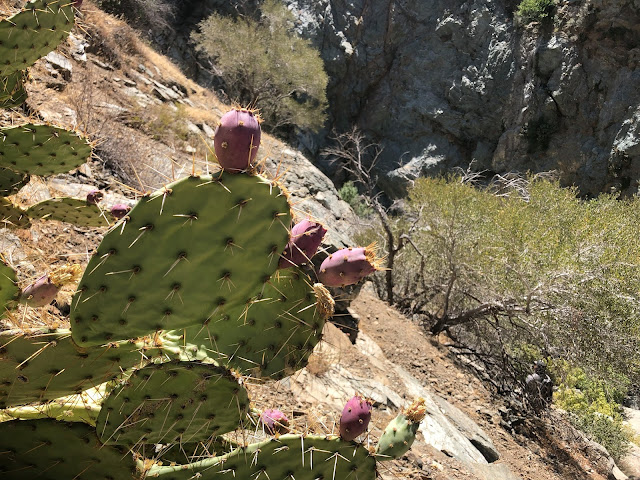 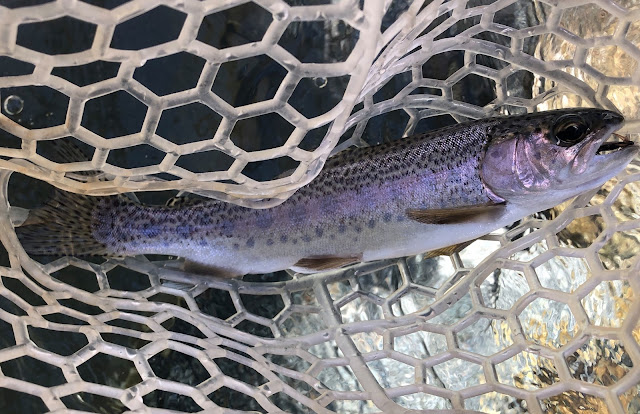 Put in 8 miles today before the stupid heatwave kills us all. A good mix of local trout ranging from micro dinks to some respectable models. 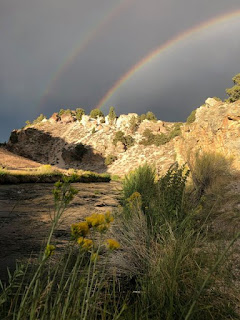 Needed to make a quick run up to the Sierra to drop off Chul's pram for his buddy.  The boat had served us well but it simply wasn't used anymore and took too much space in his garage.  Space I would need to park my truck while we took off for another week long adventure.

So I road shotgun on this impromptu trip.  Fishing wouldn't be the priority but we'd get a few casts in with Cameron as the sun was setting.  But before he arrived we'd fish without him and while we saw some hogs they'd already been hassled enough that they wouldn't bothered looking at our flies.  Cameron arrived just before the sun was setting and I was making 90 foot casts to the other side of the bank to rising fish but too much drag was hindering my presentation.  As a light rain came down we fished into the darkness but no fish was willing take this evening. 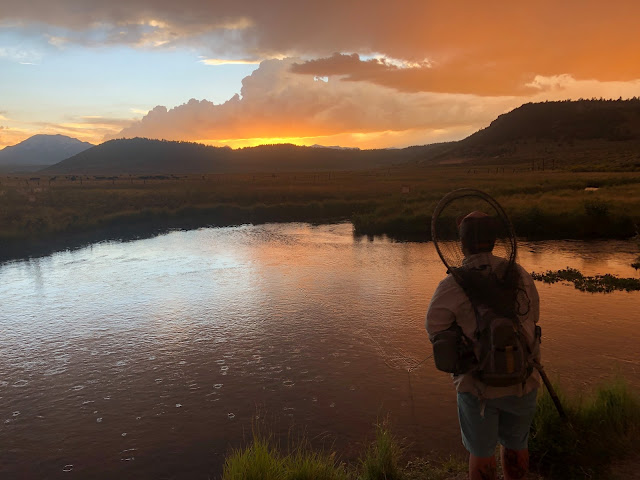 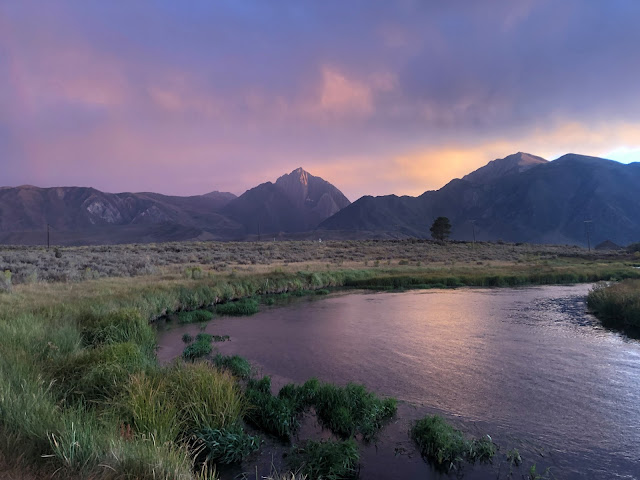