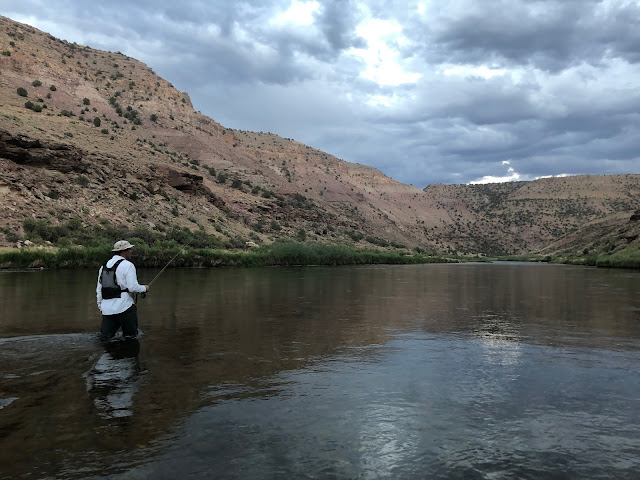 After a stop at Cabela's for licenses and the most worthless fly shop intel ever it was time to head toward The Gunnison River at Pleasure Park.  JP and his boy had already been fishing for a few hours with no luck. 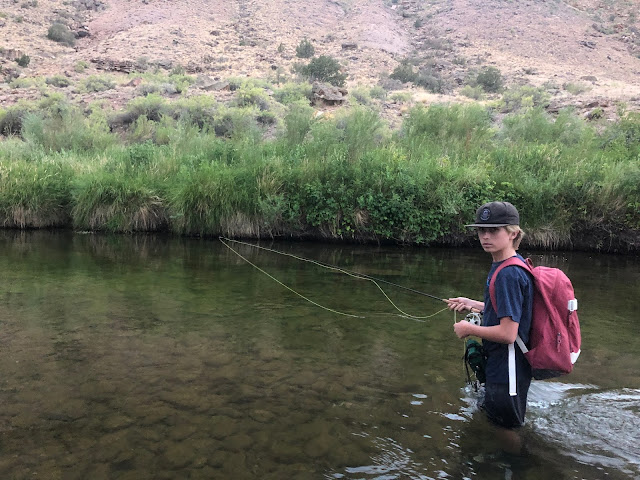 I'd never fished the Gunnison and I knew about it was the epic stonefly hatch in the Black Canyon.  we wouldn't attempt the canyon as it required a substantial hike.  So we tried Pleasure Park as it is easy access.  It proved a tough nut to crack and I think only Eric got on fish.  I don't like Big Rivers.  While on this day it wasn't too hard to wade it was a big enough pain in the ass that it wasn't too enjoyable.  The fact that you couldn't just get out of the river anywhere because of banks were lined with poison ivy made it that much more annoying. 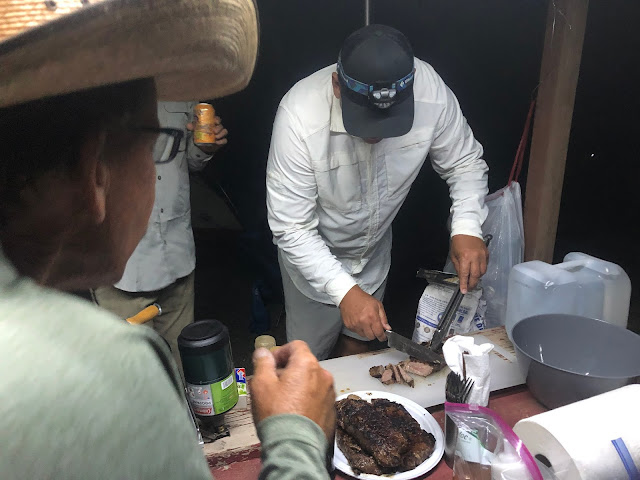 We would camp at the campsite there and Eric prepared some steaks for everyone.  Before it was time to jump in our trucks and sleep. 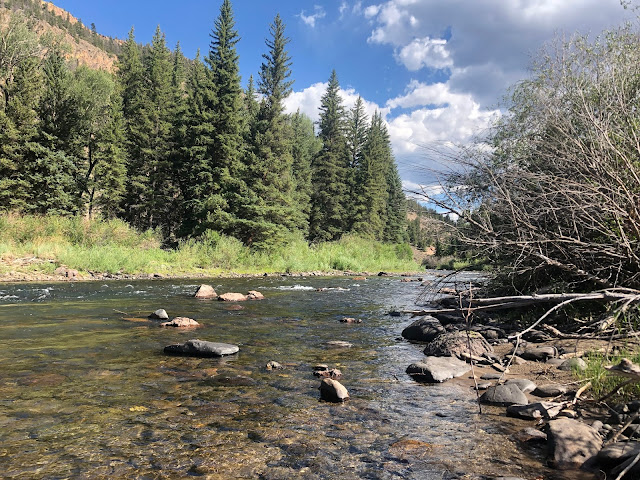 Eric and I fished the Pleasure Park in the morning before heading to the next destination.  Neither of us manage even a strike.  After a couple hours it was time to head to the Lake Fork section.  Here we'd spend most of our time.  Fishing was decent and everyone was able to get fish to hand. 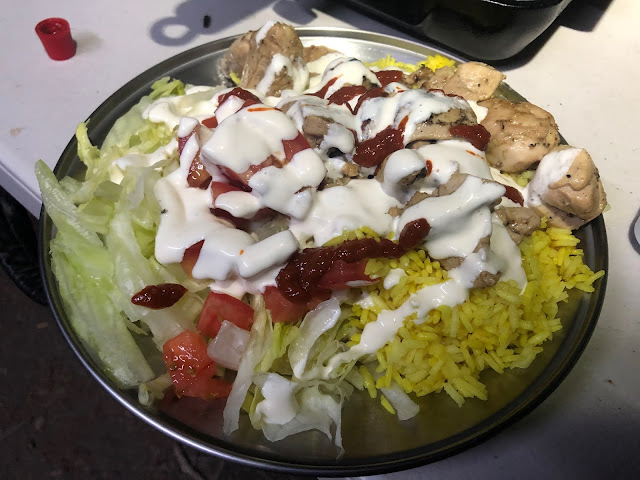 Following day we'd drive to Almont to Three Rivers Resort for flies and intel on the river.  This was the first fly shop that actually gave us good info.  Cabela's at Grand Junction and another near the Gunnison were absolutely no help. 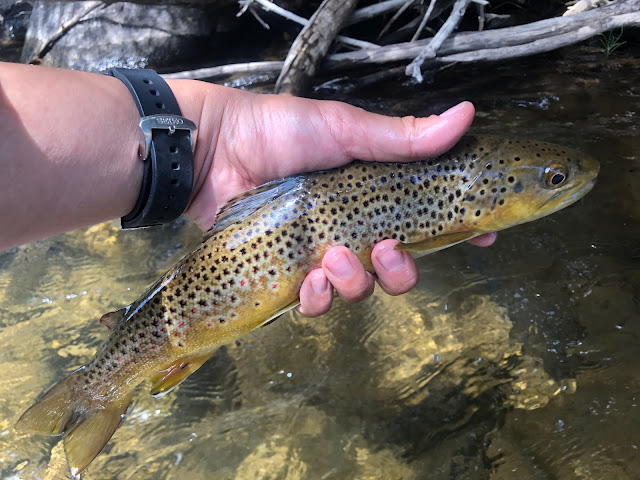 Taylor River was pretty swift.  Too swift for young Owen.  So Joel took his boy back to Lake Fork and KB joined.  It would be Mike, Eric and I who stayed and fished.  It fished pretty good.  It would be mostly drive up fishing.  Park, get out, fish a stretch and go back to the truck, move, repeat.  I don't necessarily like this type of fishing but it is what it is. 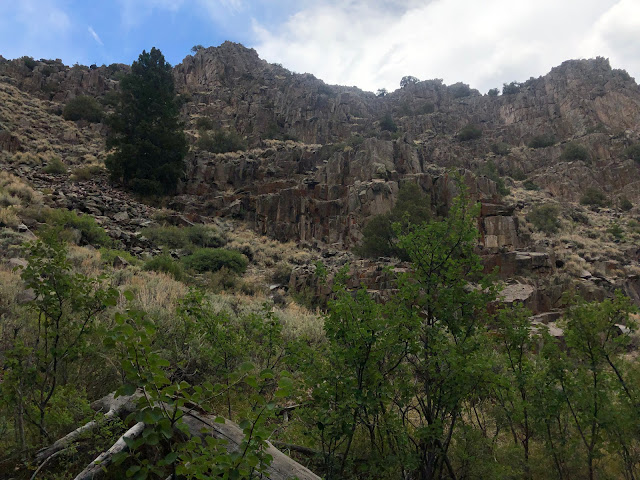 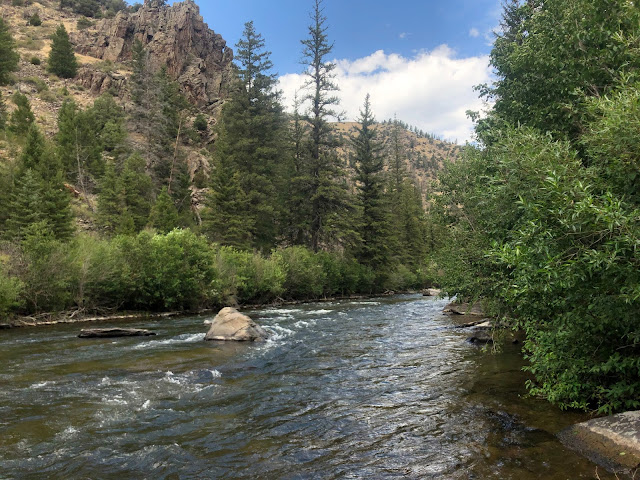 The river gets pretty busy with rafters and it seemed like there was a never ending stream of them.  And so we decided to move up more to get away from them. 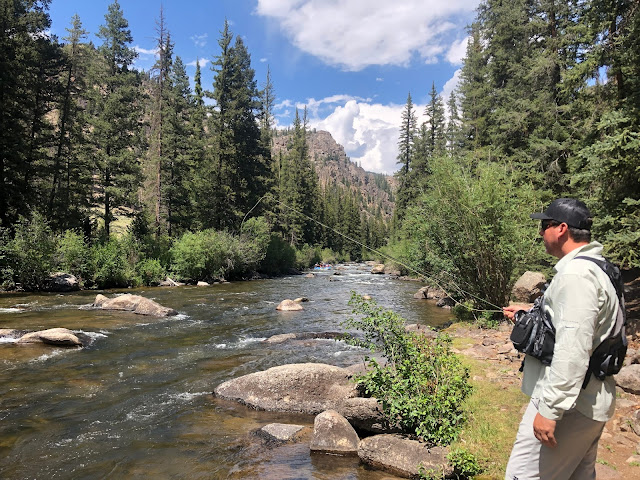 On one stretch I was climbing up the bank on a boulder and took a hard fall on my shin.  Extreme pain went up my leg.  I had hit pretty hard.  We made it back to the trucks and I'd examine it.  I didn't brealk it it but it was in bad shape. 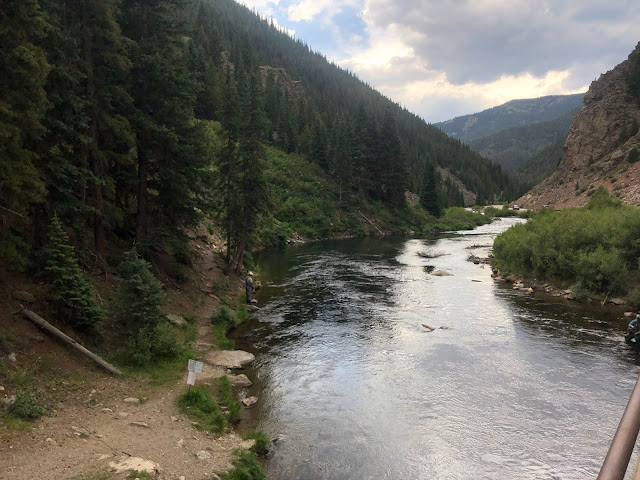 With all the boat traffic we debated if we wanted to fish the uppermost section at the dam.  This is where all the pigs are usually caught.  I was game but the other two were not so keen.  I was able to convince Eric to stay with me as I was afraid if my leg got any worse I would need someone to drive.  Eric, ever the fisherman, agreed,  of course this spot being lunker central didn't have any persuasion. 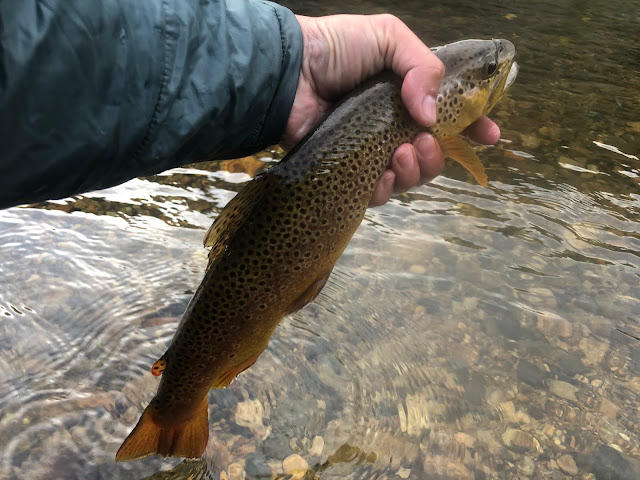 The fly shop warned us that this area is very busy and people camp on out on spots and get very defensive.  We parked and checked out the scene.  We'd see several lunkers in the water from the banks to the bridge. 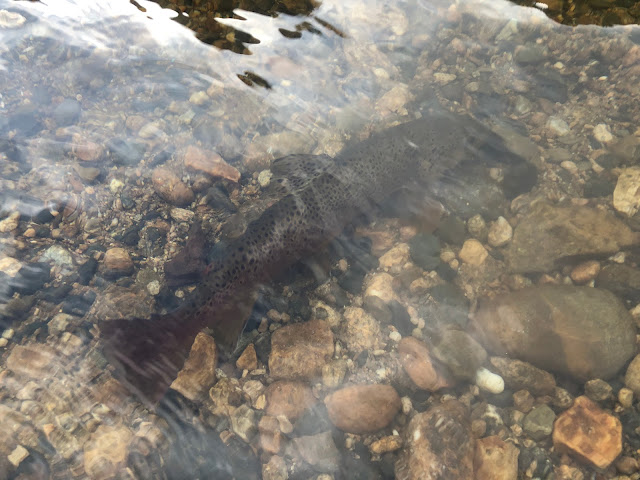 Fish were easily sighted everywhere.  Eric and I split up he took one bank I took the other and we made our way up.  He'd catch several before I could get mine.  If I initially was throwing streamers to entice a predatory response.  I had no takers so I moved to nymphs when Eric was one his second or third fish.  I finally hooked up with one.  She was nice in length but skinny.  There were more than few much better in size.  Towards sunset I switched again for a mouse pattern.  I had been fishing mce all trip trying desperately to get my first mouse fish.  On the previous days I had something like seven blowups but none hooked.  I don't think any came up on this night for me on the Taylor.  We headed back to camp at nightfall for dinner and rest. 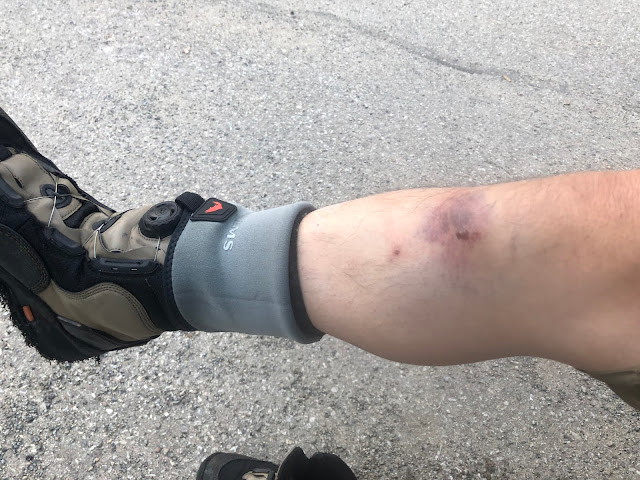 Back at Lake Fork 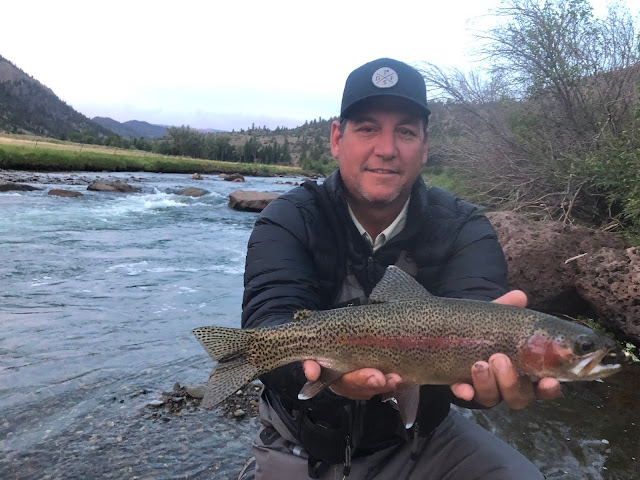 Eric and I woke early before everyone else to fish the morning bite.  I was still looking for my trout on a mouse pattern.   I didn't get my mouse trout but Eric managed a nice one on a stimi. 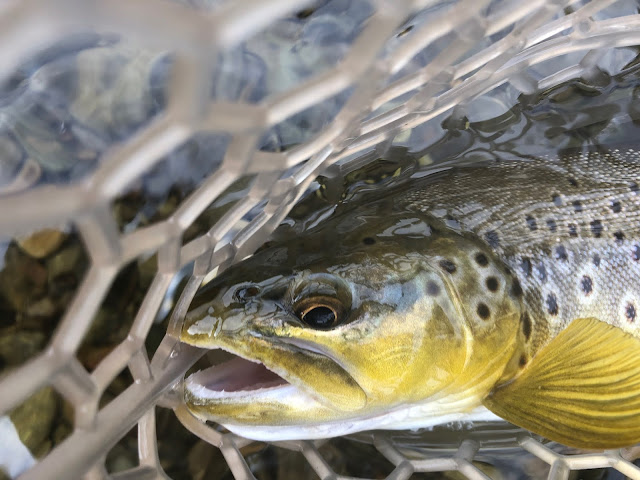 We went back to camp for breakfast and got ready to fish the afternoon.  While resting I'd nurse my wounds and the bruising got worse and worse. 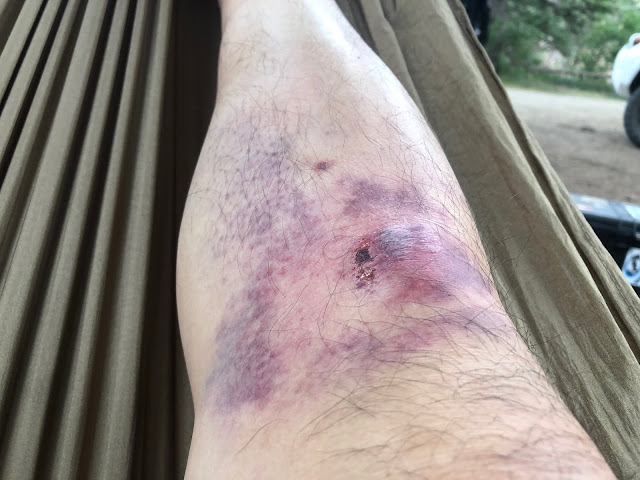 By evening we'd hit the water again for the last time here. 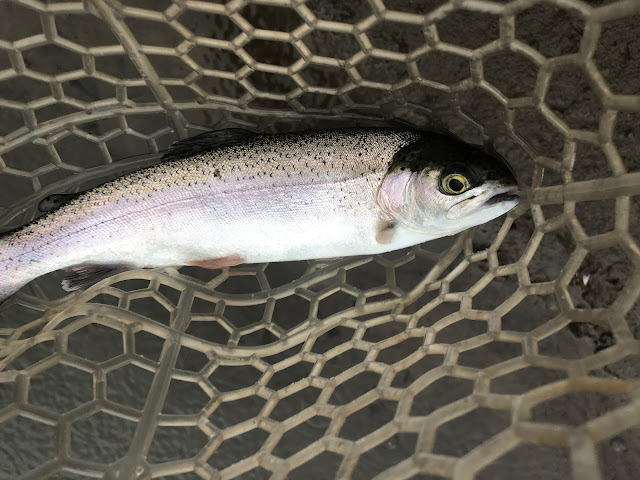 I'd hike all the way to the mouth of the river.  Here is a long stretch of calm uninteresting water that the previous evenings produced consistent rising fish.  I would catch more than my share here to the point of it being boring.  They were all rainbows and looked like stockers as they all had small fins. 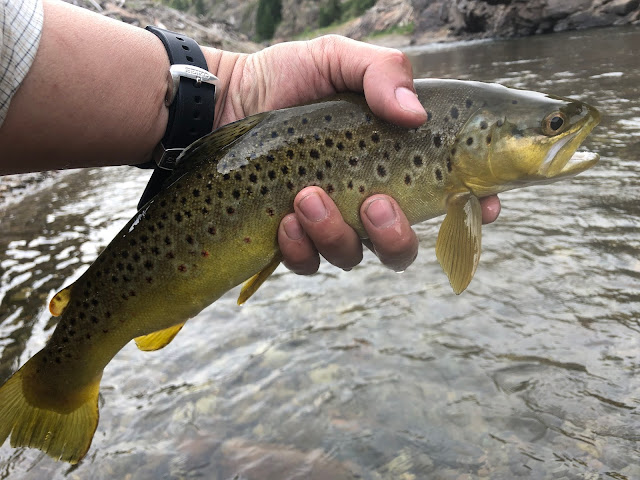 I got bored early and moved downstream.  I reached Joel and Owen and told Joel to hike all the way down to the calm stretch and he could easily get Owen his first fish of the trip.  Hours later Joel and Owen making their way back to cam would thank me for the intel as Owen slammed it there.  I'd fish to the night catching fish here and there before making it back to camp. 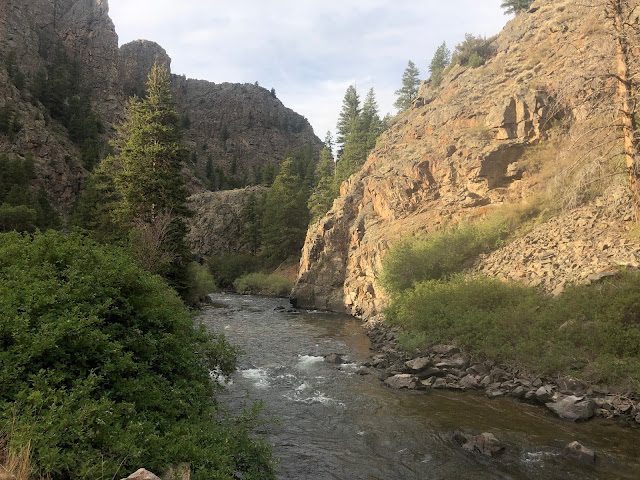 Unwilling to wake up early the crew slept in so I headed out myself to to Paco.  The itinerary was altered somewhat as we added another day at Lake Fork which meant I had to cancel the San Miguel portion of the trip. 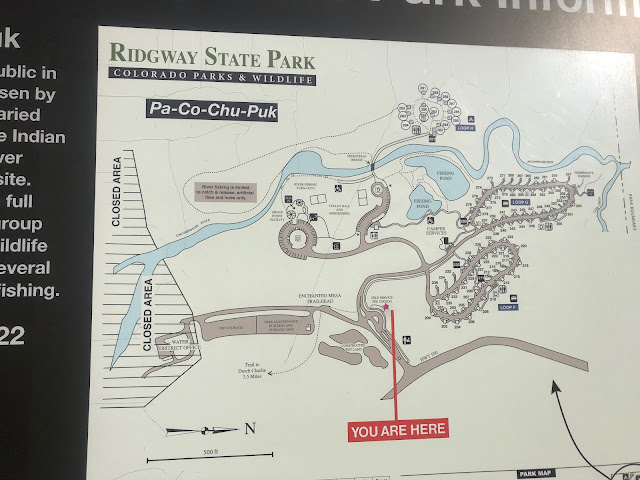 I fished Paco in the hopes of getting another pig like I did the year previous.  After fishing for a few hours with no luck I headed to town to check out the fly shop to get some lunch, flies and intel. 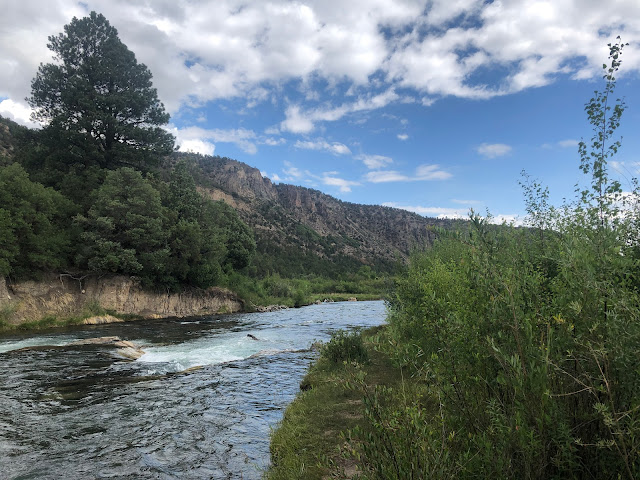 Fishing condition were completely opposite from last year.  Low water and slow fishing.  Fishing required extremely small nymphs.  The boys finally came by by late afternoon.  They had followed the original plan and drove to San Miguel before meeting me on the water.  I told him it was a bust and they continued to southward.  I chose to go home.  My leg was bothering me at this point and I had enough.  Apparently I didn't miss much.  When they arrived home a day or two later they said the fishing was poor and they had camped near a outhouse and it smelt of shit all night.  Glad I missed it. 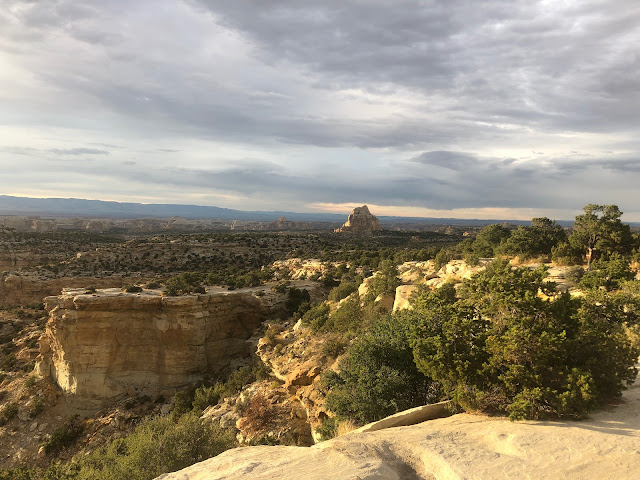 Posted by gourmetsportsman at 2:57 PM