Mauser Coming Out With New Rifle, the M12 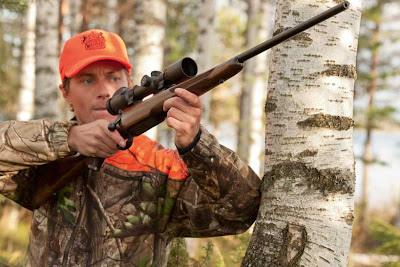 The fabled rifle company, Mauser has come out with a new rifle, the M12.  Looking at the few available pictures and details, it looks like it's not an upgrade to their existing M03 but rather looks more like an entry level rifle.  While pricing is not yet available here in the States, according to some on European forums it starts at €1500, which equates to about $1950 USD as of today's exchange.  If true that is a much easier entry point than its older brother, the M03 that starts at about $5,000 USD.   Although both rifles are nice, there is only one true Mauser (at least to me) and that is the M98, the pinnacle of bolt action design.  Even over 100 years later it has no equal nor has it been surpassed.  To me its the only true rifle that can bear the Mauser banner.  That being said I'd like to check out one of those M12, I think it would be good addition to any gun rack.

The M12 is available in many of the common American and European calibers from standard to magnum.  It has a 5+1 or 4+1 magazine capacity and weighs approximately 6.75 or 7 pounds.  Classic wood or synthetic stocks are available. If you like more information on the new rifle, pictures or details visit the M12 website here.

Posted by gourmetsportsman at 11:52 AM