The Beehive State: Part Five Where Dinosaurs Once Roamed Then Small Creekin' 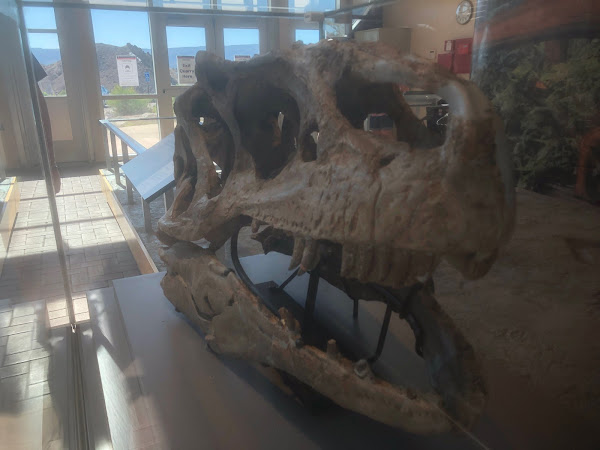 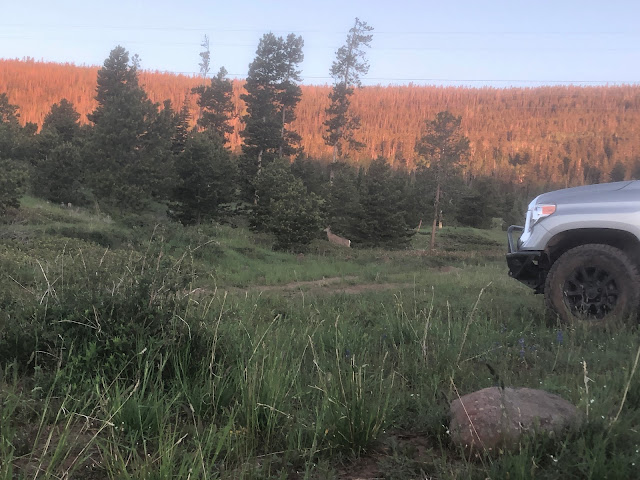 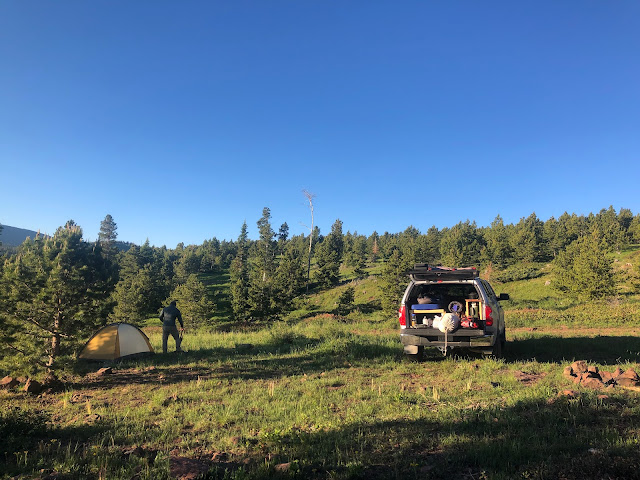 Last night we began our journey home.  We found a beautiful campsite off the road that Steve told us.  It gave us a nice view of the valley.  It was still relatively early and we debated whether to make dinner or go into town and get something.  After much deliberation we opted for laziness and go to the restaurant at the resort.  We simply didn't want to pull out the camp kitchen and then clean.  So we left the campsite to eat.  When we came back our site was occupied and had to find a new spot.  As we were losing light, we found an spot and made camp.
In the morning I was awoken from two fawn and a spike.  We bypassed breakfast and made our way to Vernal. From there we took a detour to check out Dinosaur National Monument on the Utah side.  We added this to the trip because we'd unlikely ever be in this part of the country ever again. 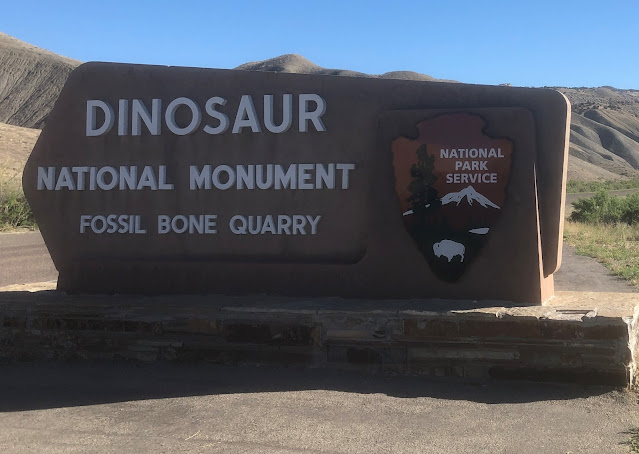 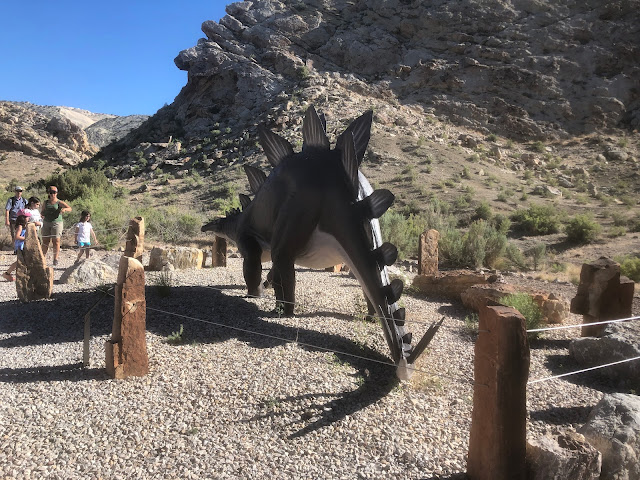 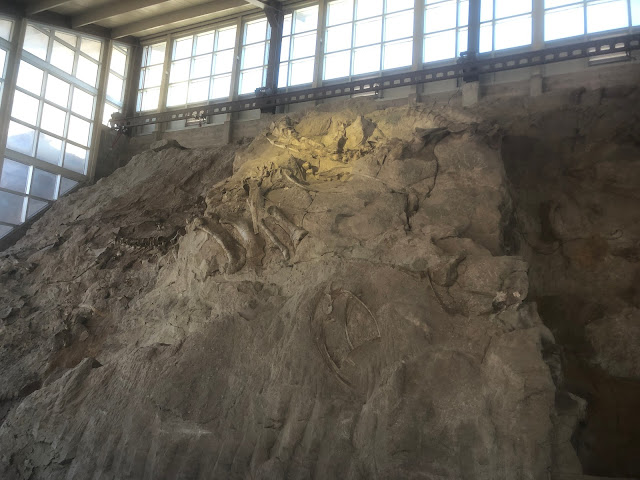 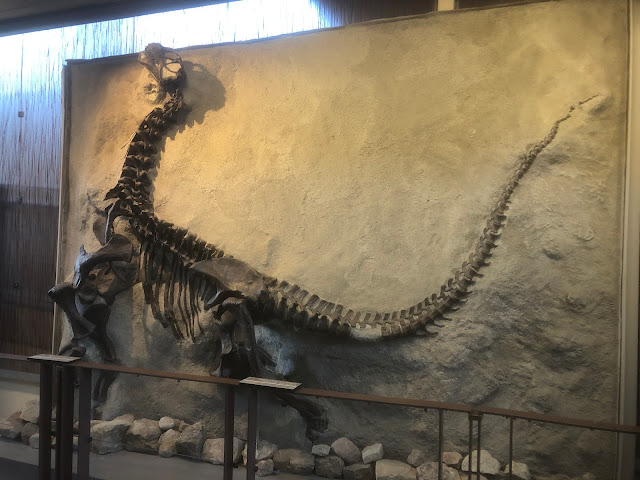 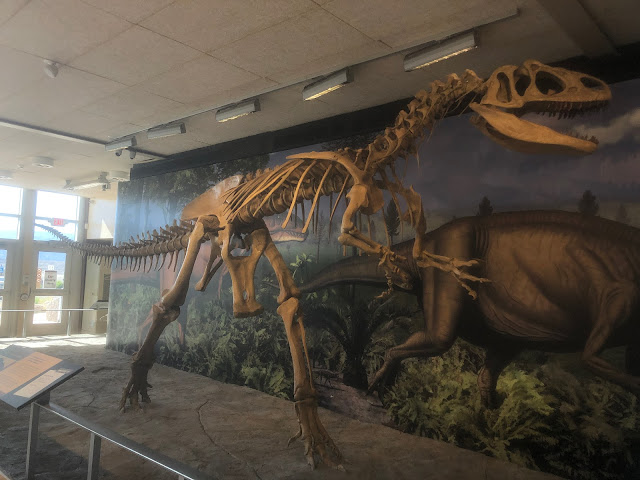 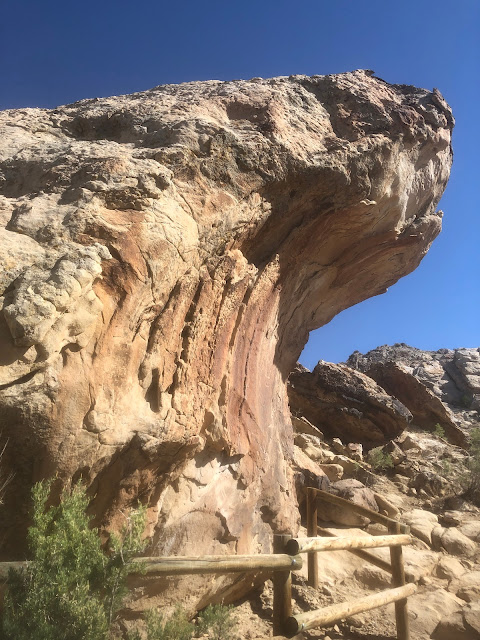 Covid protocols were in place and access was limited.  We got there early and waited for the shuttle to take us up the hill to the quarry exhibit hall.  The sight was interesting but I not sure I'd ever visit again or recommend it as destination.  I suppose if you're in the neighborhood its probably worth detouring to check it out but I wouldn't plan an entire trip around it.  After checking out the hall we took the outside trail to check out the petroglyphs.  By this time it was hot.  Really hot.  It was time to go. 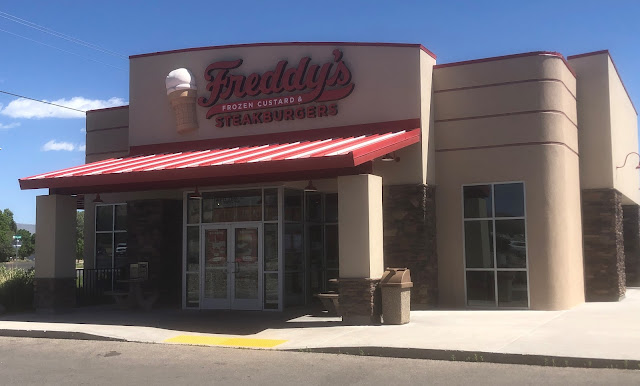 Before the trip began Chul knew of a burger joint that we could have checked out when we reached Vernal.  I wasn't in the mood for a sit down restaurant and simply wanted to get some food in the stomach and go after all we had a long ride ahead of us.  We wanted to make up as much ground as possible as the trip was nearing an end.  After some internet searching we found Freddy's Frozen Custard & Steakburgers.  I checked out the website and saw that it was similar to Ruby's diner like we have here in SoCal but in a fast food setting.  So we checked it out.  In my opinion this is place is probably the best fast food burger in America.  Yes it's better than In-N-Out.  I was some impressed after finishing my Original and California burgers we ordered another. 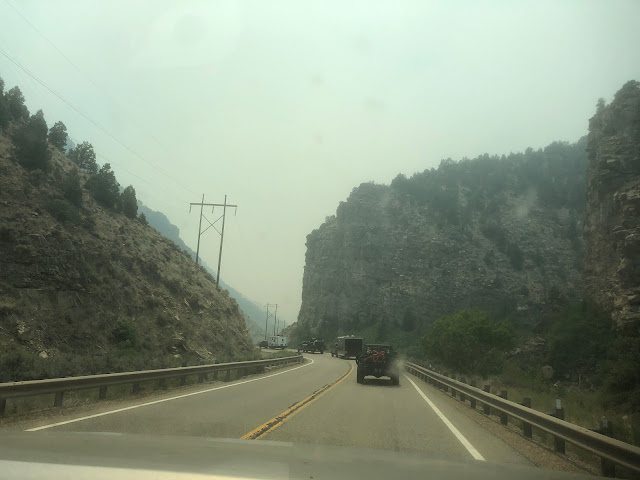 Once we finished lunch we took to the road trying to cover as much mileage as possible.  We considered checking out Lower Fish Creek in the hopes of the fires being extinguished.  But after checking the fire reports on the internet it only got worse.  So we bypassed the area to head further south.  Smoke haze filled the air and caused traffic most of the drive. We would see hotshots lined up along the highway prepping for their assault. 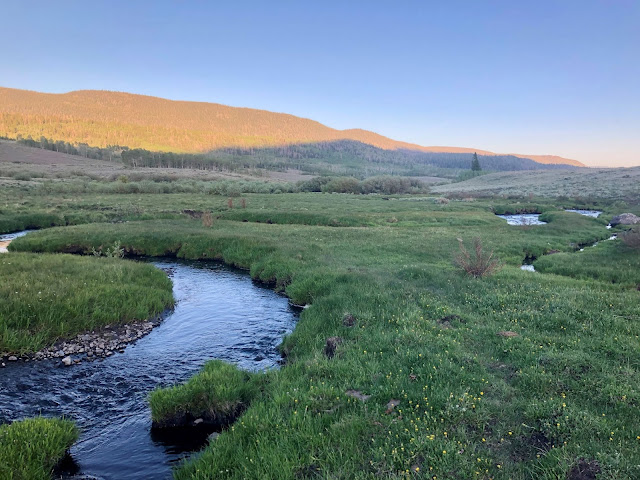 After a few hours we would end up at one of our favorite small creeks but this time we would check out different sections than we normally fish.  Access was a bit more complicated as we would have to find an area to crawl under some cattle fences. 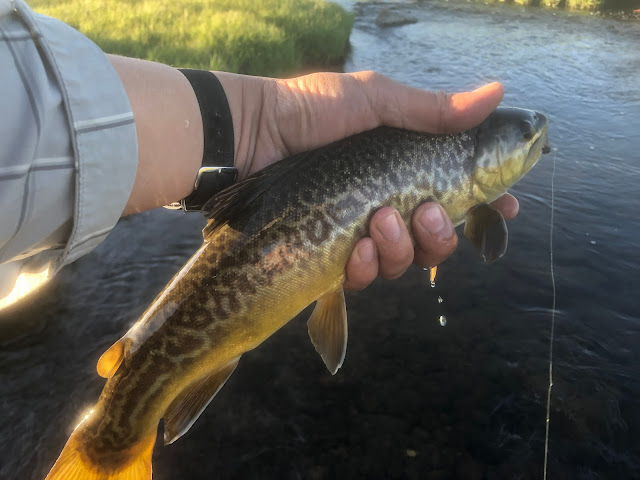 Fishing was slow at first and we were disappointed with the area but was we moved further in the fishing began to pick up.  First we caught dink cutthroat and as we moved deeper into the river the fishing got better with larger Tigers as our reward.  The sun was starting to set and we wanted to make sure we could find our entry point as it was the easiest spot to crawl under and not tear ourselves part from the barbed wire. 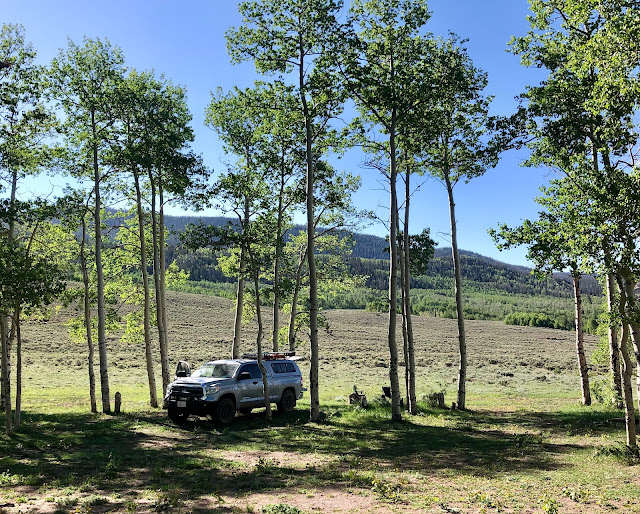 With headlamps on we got back to camp with the sun setting.  Too tired to cook we pulled out the emergency rations of freeze dried foods.  Night was windy and cold.  This would be the coldest night of the trip and we were unaccustomed to such temps after spending the last few days in near 100 degrees.  We would have one last full day before the trip would end but we wouldn't spend it fishing.