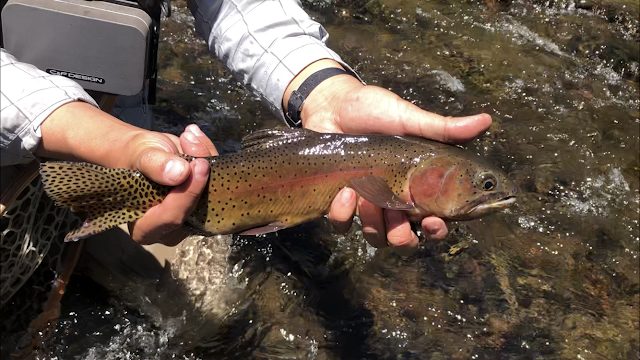 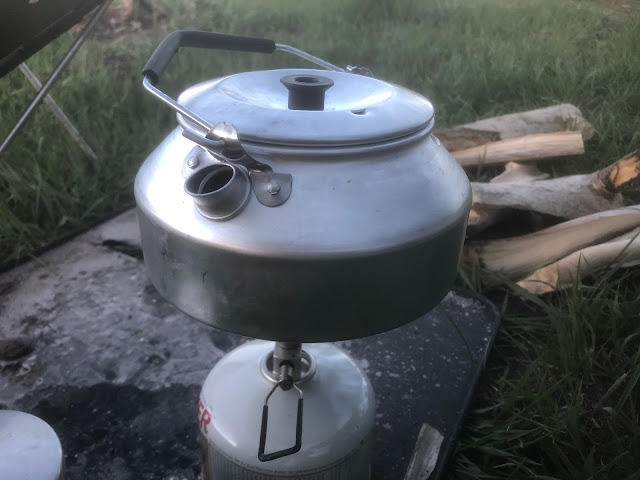 Morning was extremely cold considering we were accustomed to some really hot days on this trip.  I woke early and made a cup of tea to warm up.  I made a small fire to try keep warm but I end up extinguishing it after realizing in these winds it wasn't a good ideal. 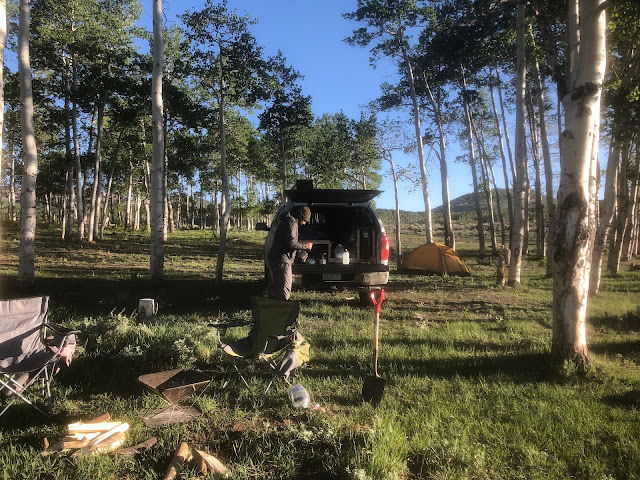 Chul made a simple breakfast of Korean instant ramen with hard boiled eggs and sausage.  Then we packed up and to scout another section of undiscovered part of the creek.  We tried to hike into a meadow section but realized that without a well maintained trail it was more effort than it was worth. 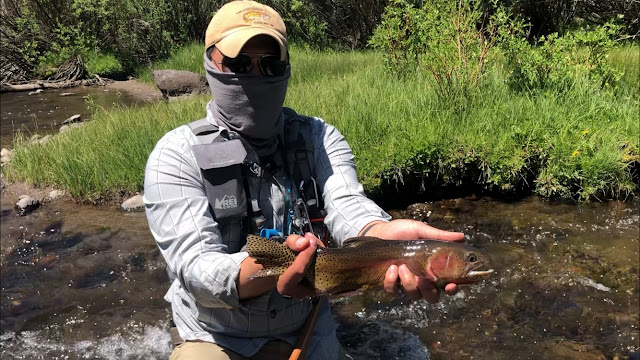 So we canceled that plan half way down and began fishing of way back upstream.  Once the sun warmed the water fishing picked up considerably.  Fish were still willing to take any well presented fly. 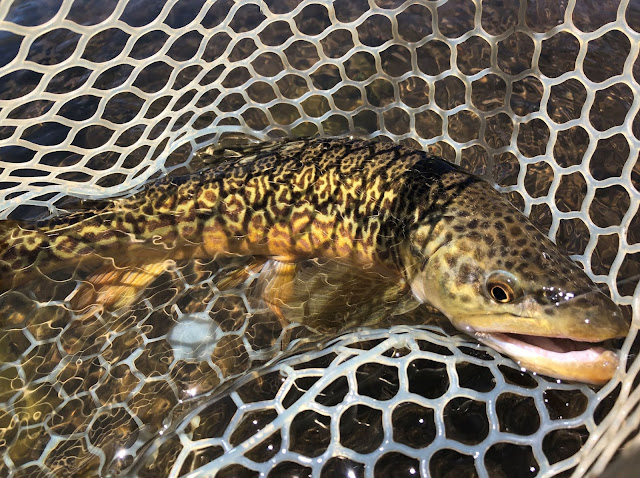 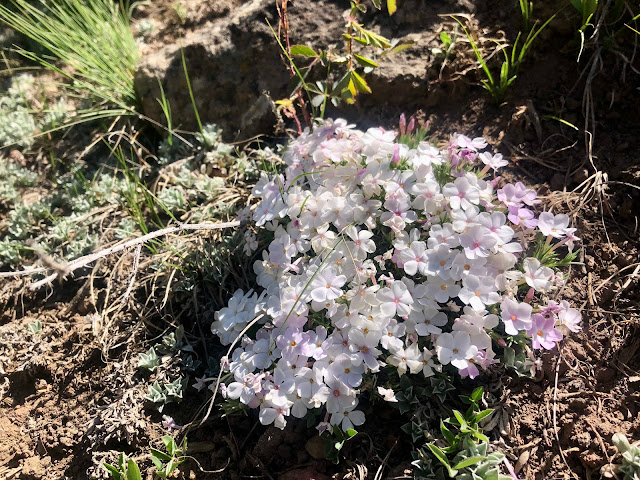 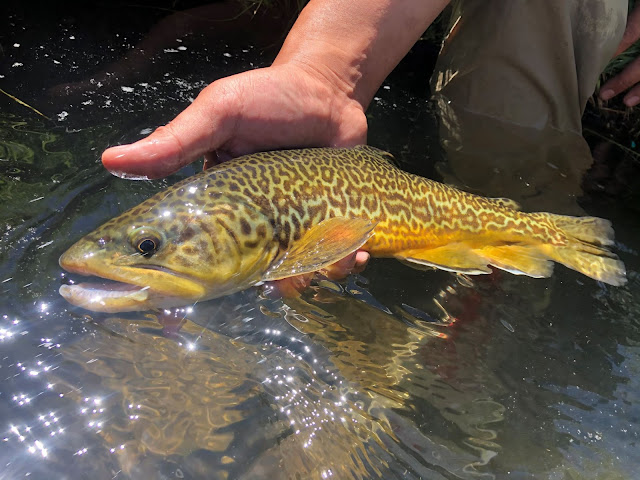 Fishing was fantastic all morning and most fish were tigers with a mix of cutthroats.  Several larger models decided to show and take our dries this day.  I gave Chul the hole I caught a nice hog last year but he blew the opportunity after spooky it.  No matter he manage more than a few more than respectable tigers on the way out.  After a few hours of fishing we headed further south. 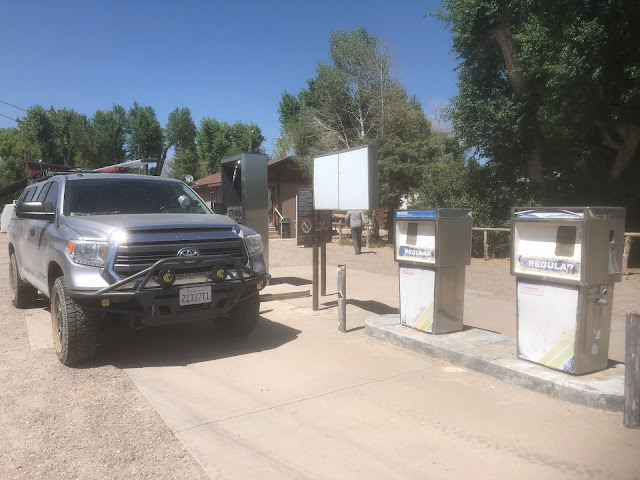 In these more rural sections of Utah finding a gas station can be problematic.  We decided not to detour a bit to get gas at the nearest town since it was out of the way.  There were towns on the way we were heading so we figured there must be a gas there.  We were wrong.  We barely found a gas station in time before running out.  Luckily it was not Sunday otherwise this station would have been closed and without self pay stations we would have been in quite a pickle. 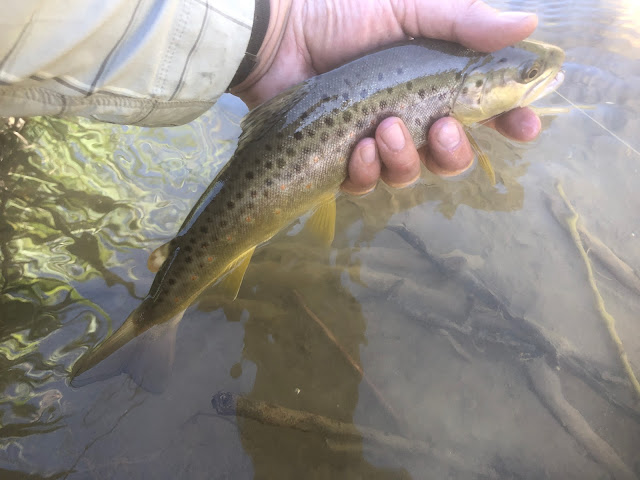 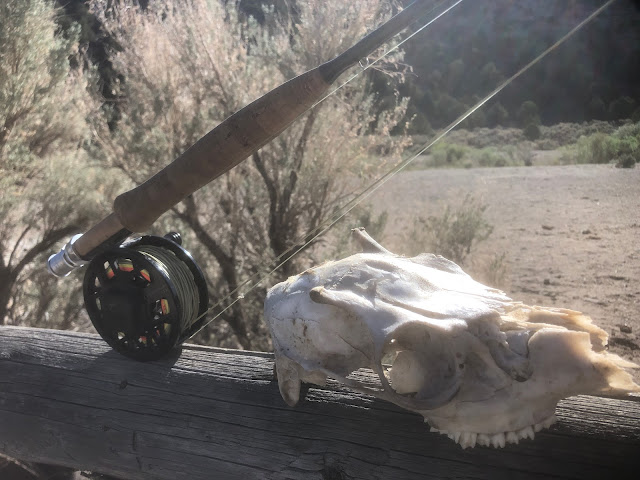 We fished one of the southern most trout rivers in Utah for a couple hours.  I'd catch fish in the 10-12 inch range but did see one that was over 18 inches.  I spooked it while walking the banks of a stretch of frog water. 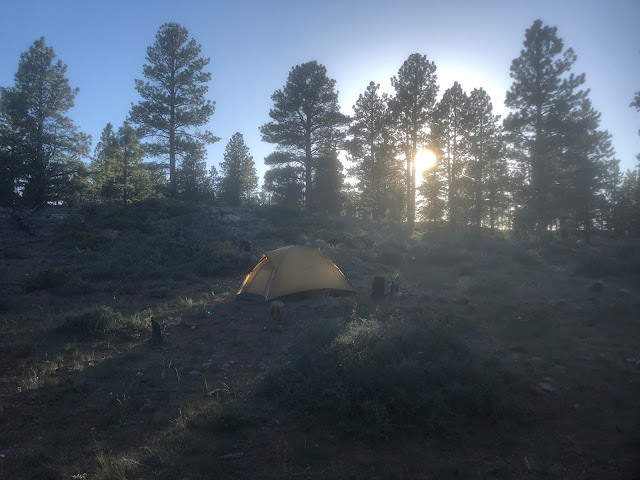 We made our way toward town of Bryce for our next destinations, the National Parks.  The night was spent in the Dixie National Forest after searching for a long time for a proper campsite.  Once we did Chul pulled out the small grill to make chili and grilled hotdogs before hitting the pillow.