Make Room On Your Bookshelf 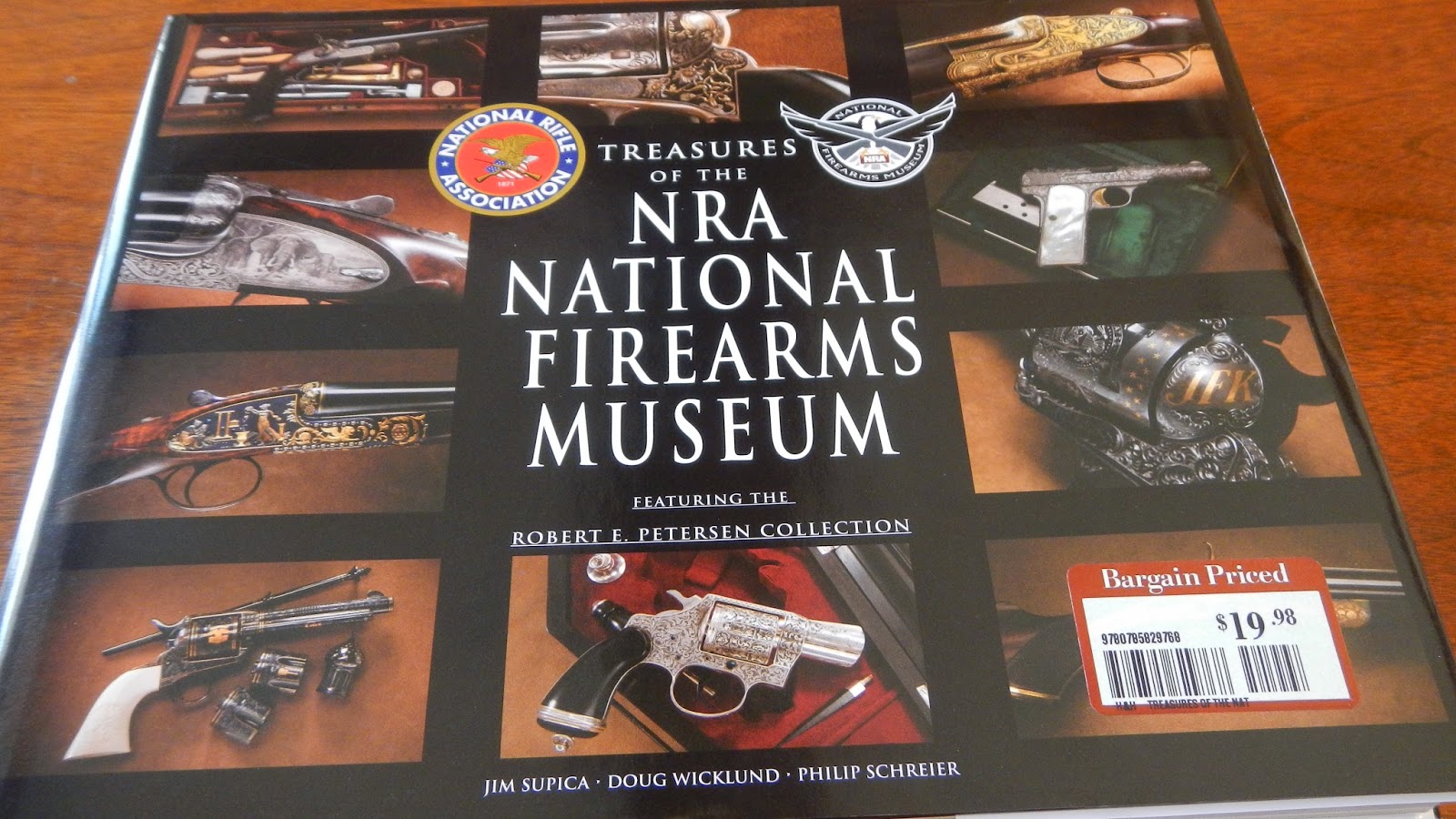 Time to pay a visit to your local Barnes and Noble as they (at least my local store) have a true gem in the bargain aisle.  Treasures of the NRA National Firearms Museum by Jim Supica, Doug Wicklund and Phillip Schreir is a coffee table book that showcases all the jewels of the NRA collection. 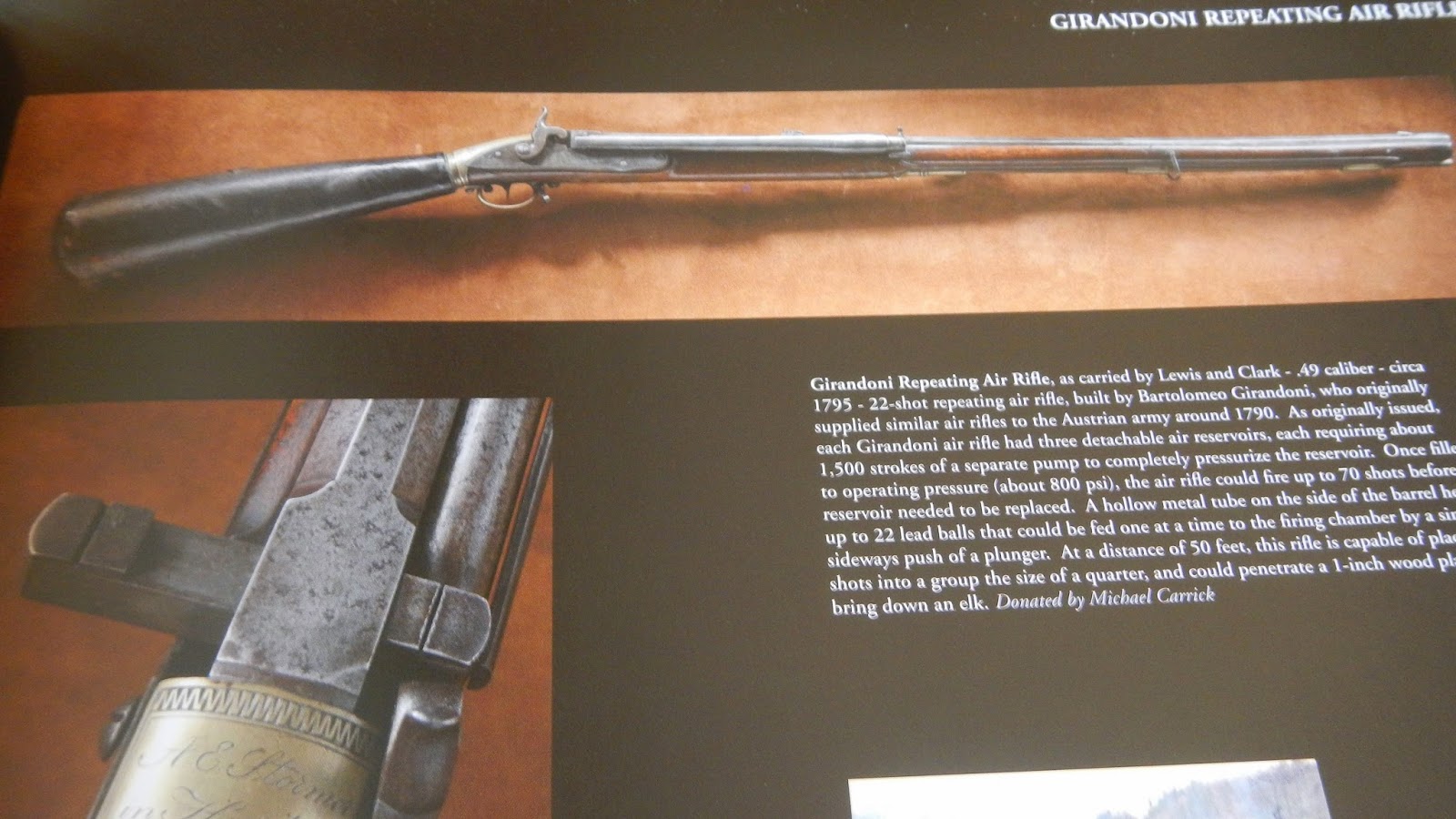 Considering my latest posts were all regarding airguns I thought it is appropriate to show some of the airguns in the NRA collection.  The most interesting is the Girardoni (often misspelled Girandoni) repeating air rifle, as carried by Lewis and Clark.  Google or youtube this airgun and you'll be impressed with it's ingenuity and history. 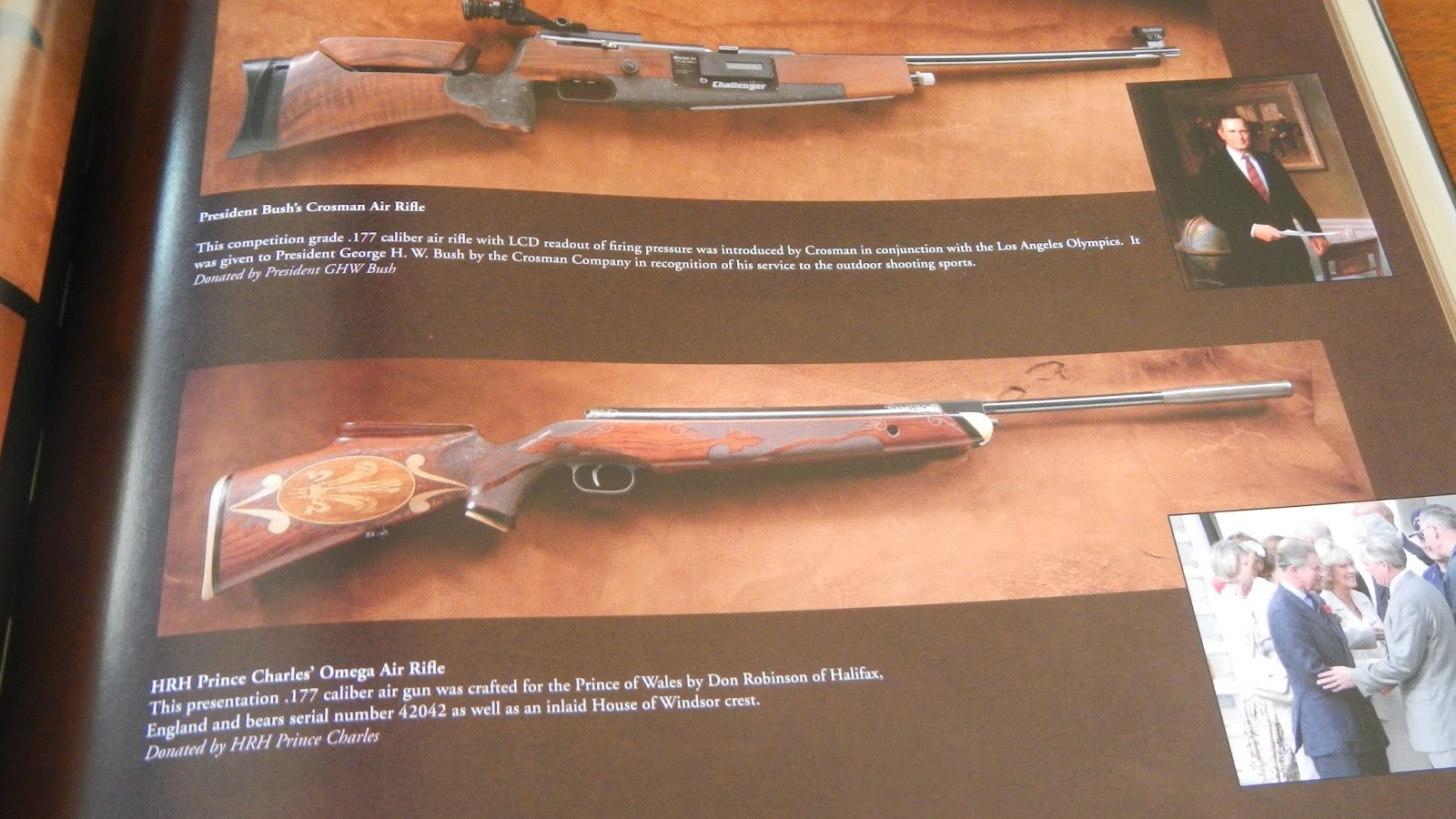 Other airguns include President H.W. Bush's Crosman Air rifle.  I recall reading about this gun in one of my father's airgun magazines.  Also contained in the collection is Prince Charles' Omega air rifle. 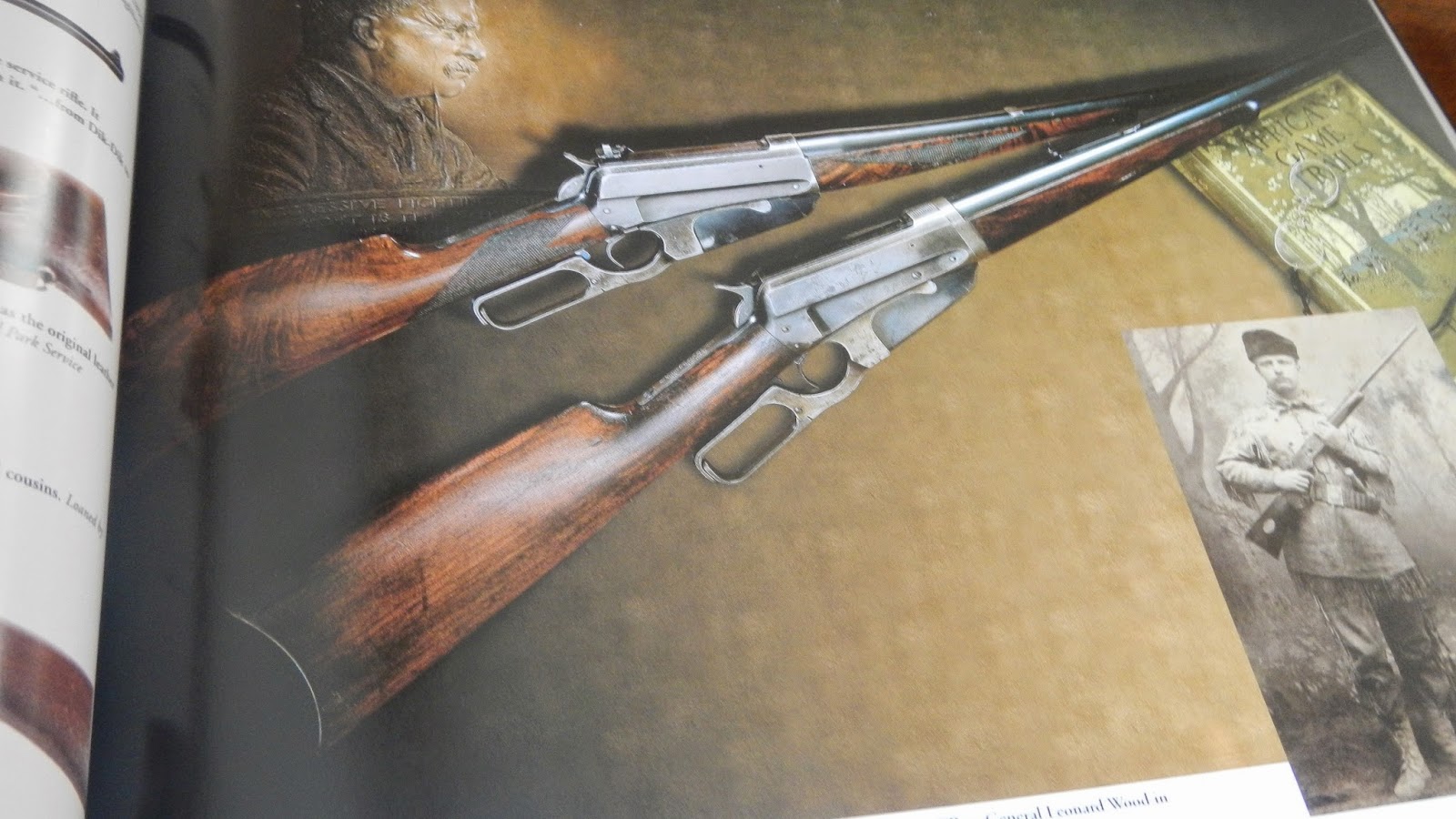 Theodore Roosevelt's gun collection is well represented including his .405 1895.  There are several other presidental guns from Eisenhower and Kennedy. 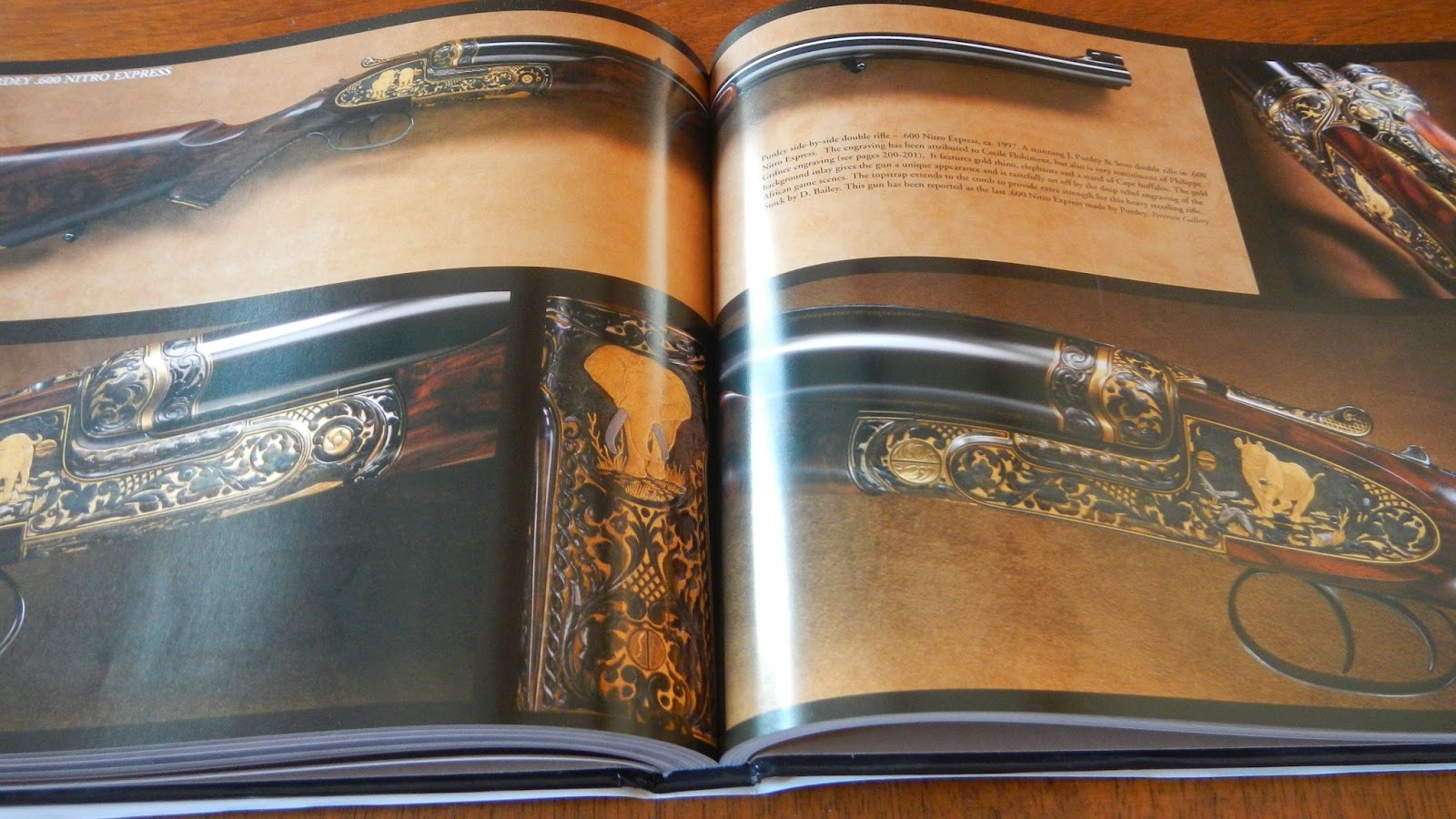 The book includes many of publisher Robert E. Petersen's collection which include the last Purdey .600NE ever produced. 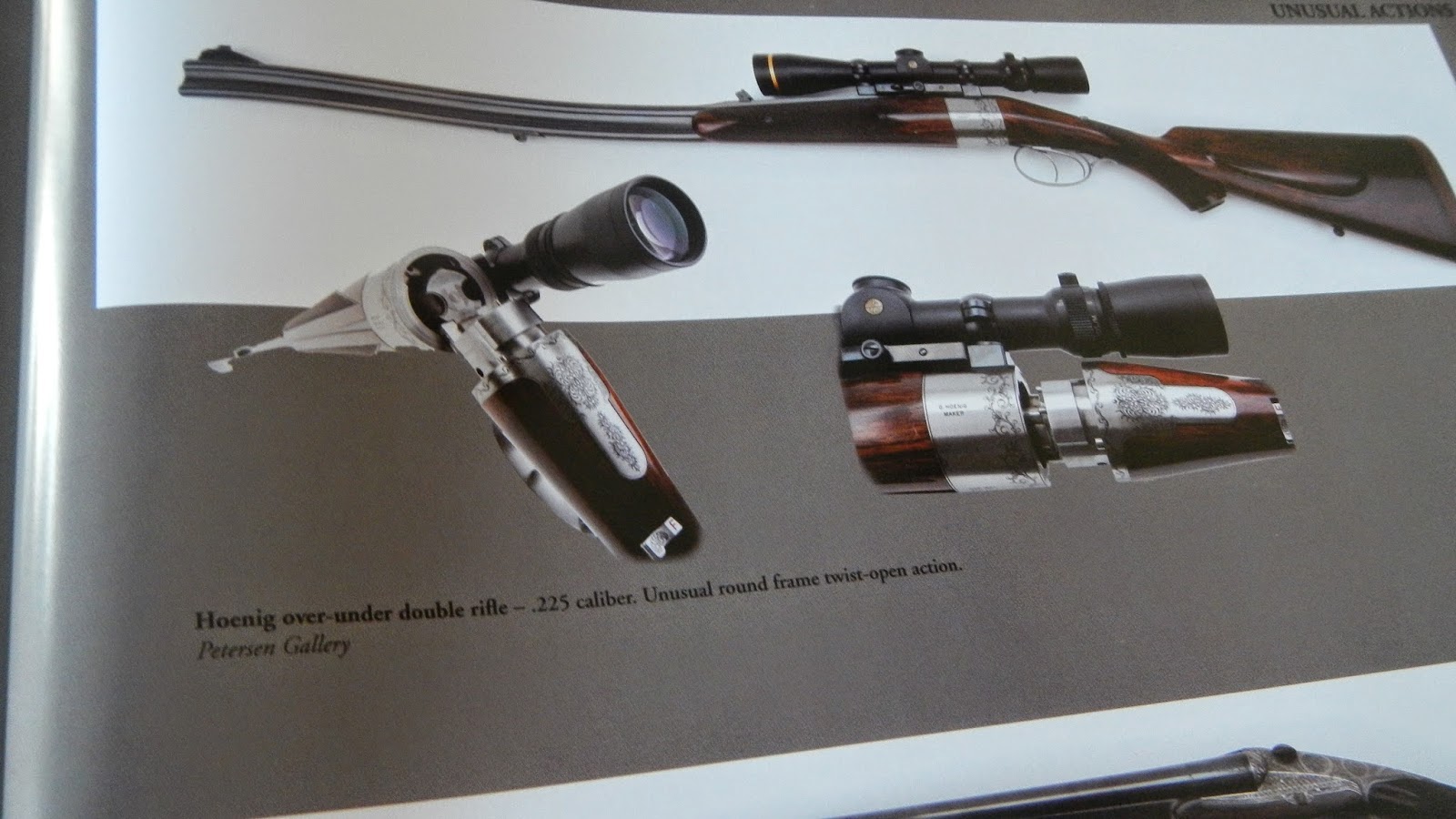 Among the 425 guns donated by the Petersen family is some fascinating odd ball guns like the Hoenig over-under double rifle with a twist action in equally odd .225 caliber round. 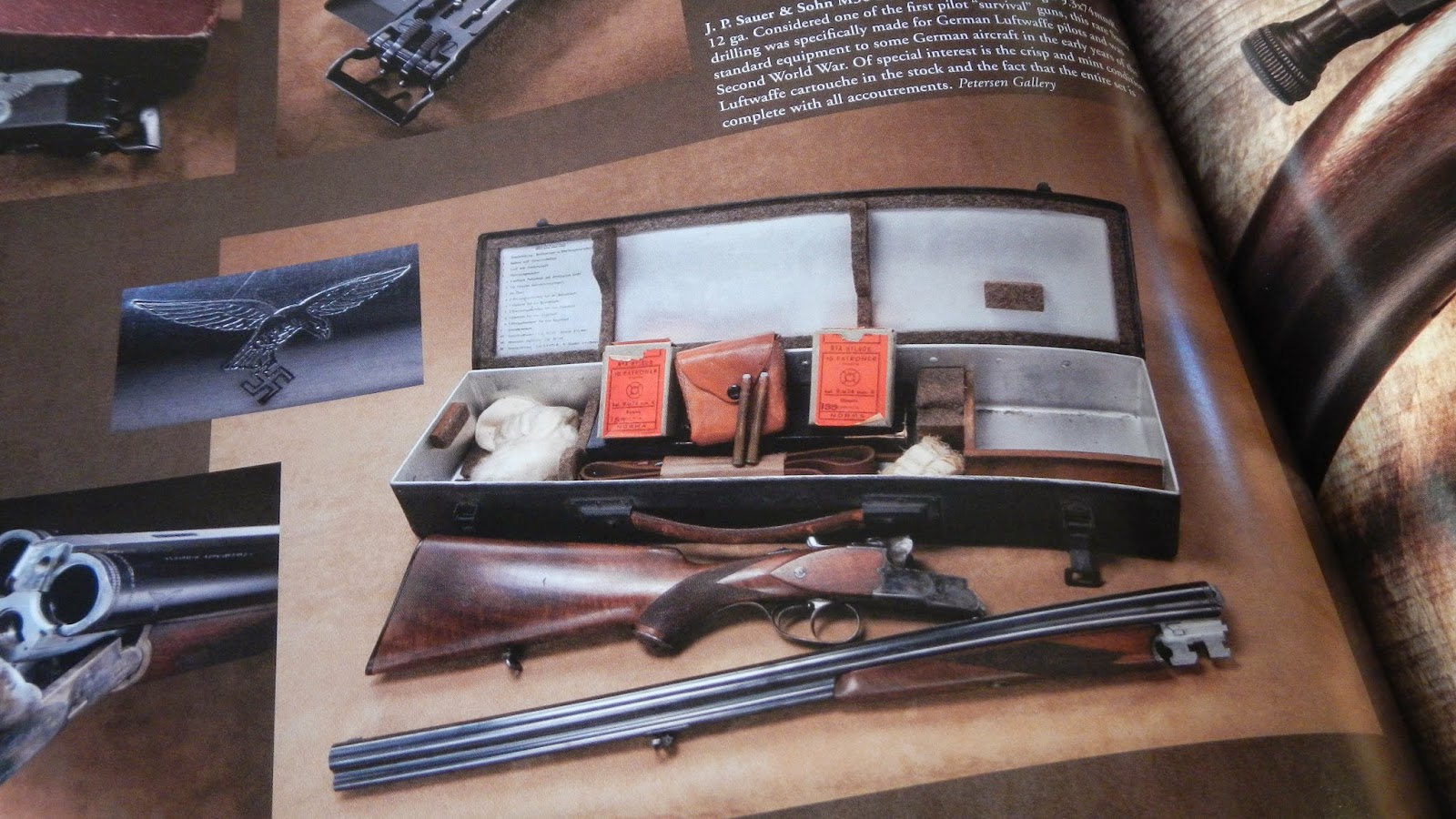 As a fan of Teutonic guns, there are several Nazi guns including one of my dream guns, a Luftwaffe survival drilling, a belt buckle gun and Hermann Goering's Merkel. 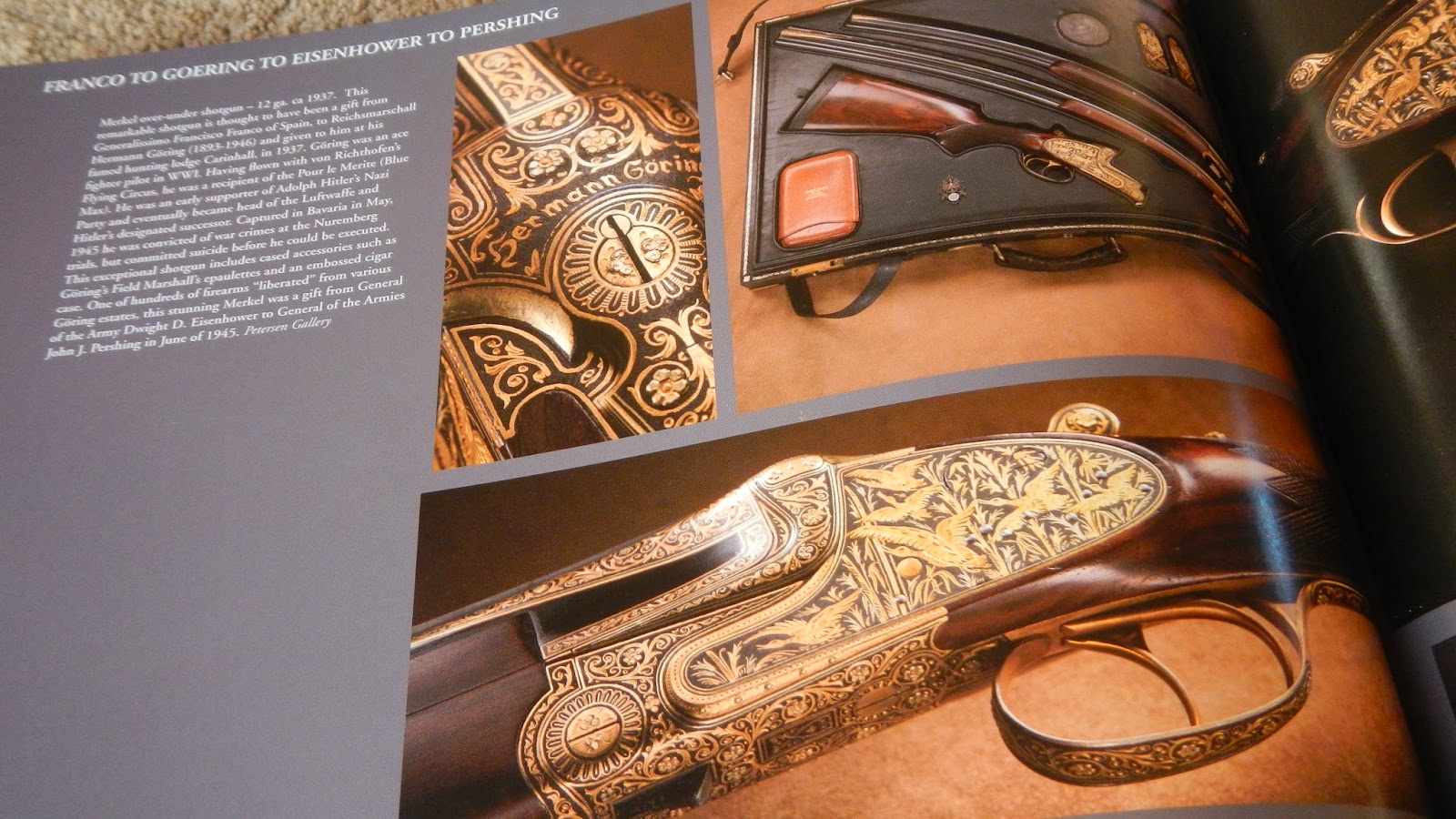 Obviously this is just a sampling of, the book and museum there are many guns of different eras and styles.  The NRA collection is so diverse and likely to please just about any gun nut, from those interested in ancient guns carried by pilgrims from the Mayflower to modern military guns to everything in between. If you consider yourself a gun enthusiast buy this book or better yet go visit the museums (one in Virgina at the NRA headquarters and the other in Missouri at the Bass Pro flagship store) in person.  I need check out these works of art.  Several of these guns shown on this post and many others can be seen and discussed on NRA museum's youtube page.
Posted by gourmetsportsman at 8:13 AM