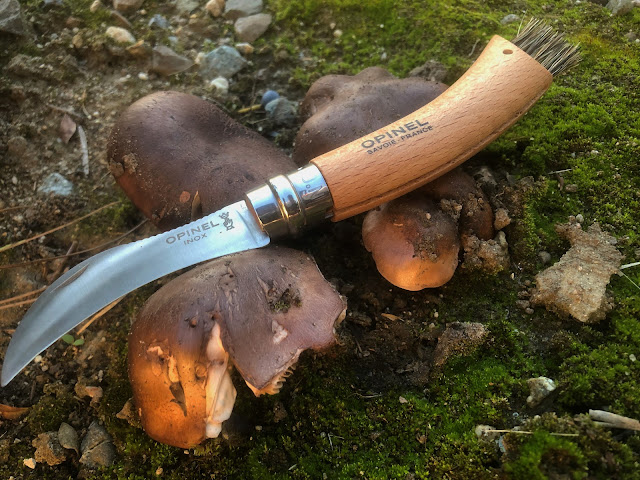 My first exposure to Opinel mushroom knife was probably 20 or so years ago when I saw one in a bin of a local Williams Sonoma.  My first impression was what the hell is this?  At the time I didn't know squat about Opinels in general, their history, their usefulness, their awesomeness, let alone what this oddly shaped knife was.  Despite my negative opinion I thought of buying it out of curiosity given at the time it was only a few bucks. 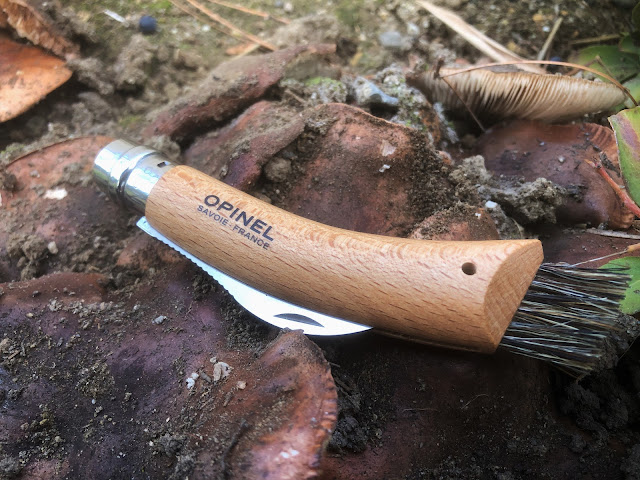 I never did buy it and years later I was reminded of it when I bought my first Opinel knife and went  back to that exact same store to look for it but they no longer carried it. In 2017 I finally bought one online for $26. 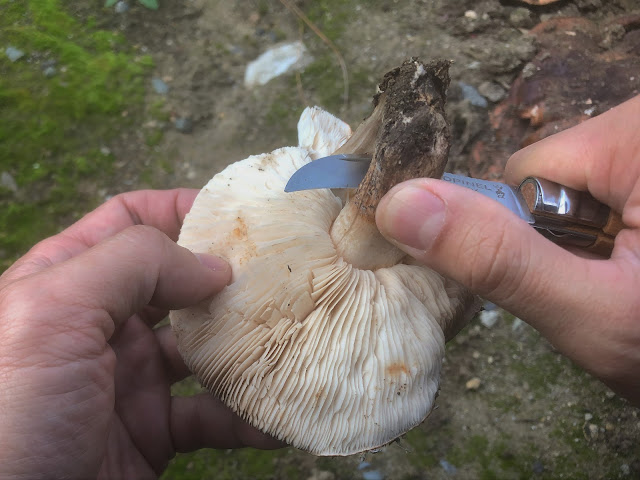 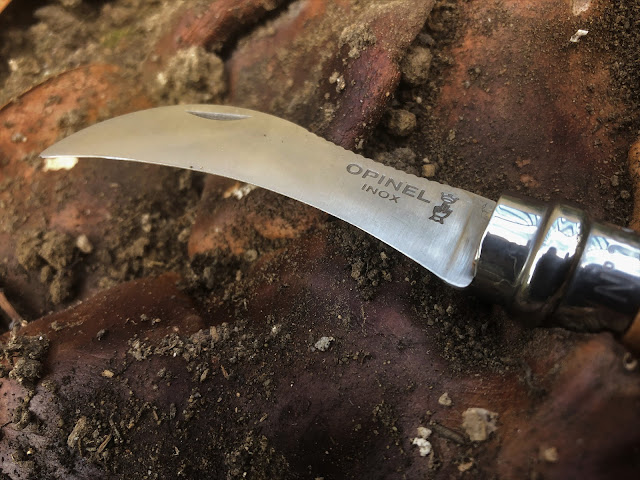 The knife is manufactured in Saint-Jean-de-Maurienne, Savoie, France made with Sandvick 12C27 stainless steel . Uniquely shaped and easily distinguishable the mushroom knife has both a curved blade and handle and is essentially a modified pruning knife with brush feature.  The blade is designed for cutting around tight areas.  Like all Opinel pocket knives it has the viroblock locking ring so you can safely carry in your pocket and  lock the blade when in use. 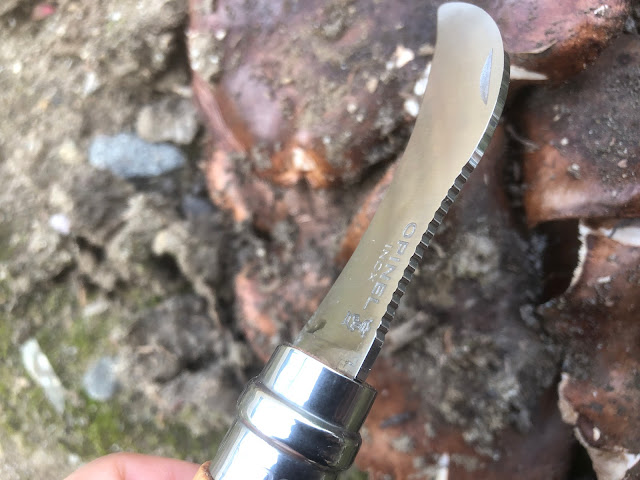 The blade spine also has jimping for thumb placement when more precise movement or when more traction is needed. 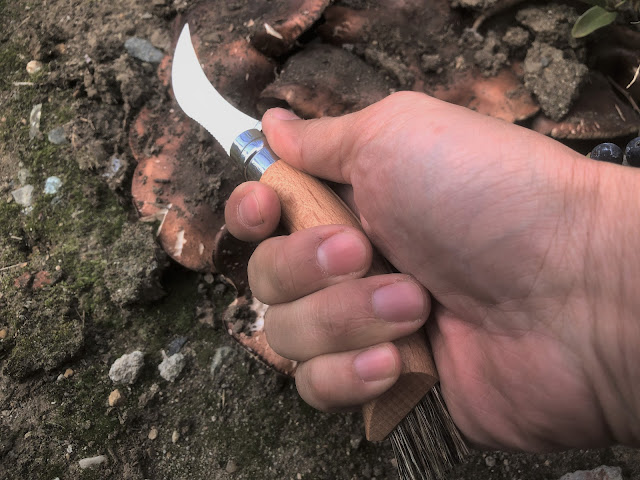 Holding the knife can be held either way but with the curvature it is most comfortable pruning style for more of a peeling style cut when the you cut towards you. 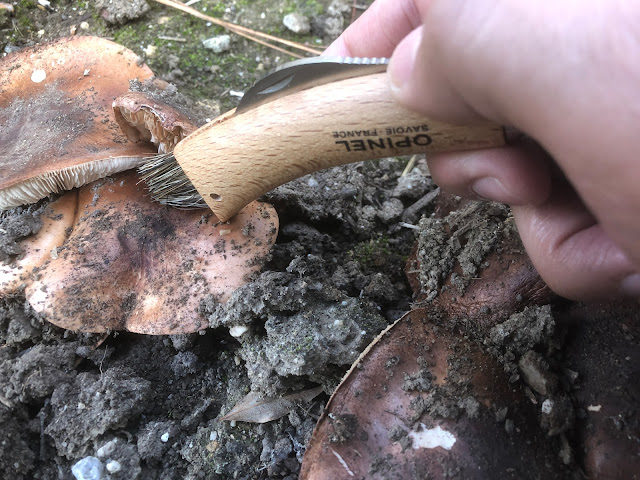 The handle is their standard beechwood and the bristles are boar's hair that are stiff enough to remove dirt but soft enough not to damage delicate mushrooms.  There is also a hole that allows for a lanyard if you so chose to make one for the knife. 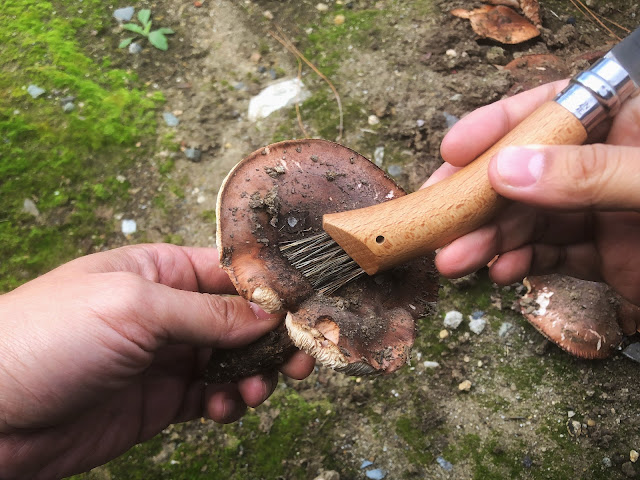 This is my second mushroom knife and let's hope after all the rains we've gotten this winter it'll be put to good use this mushroom season.