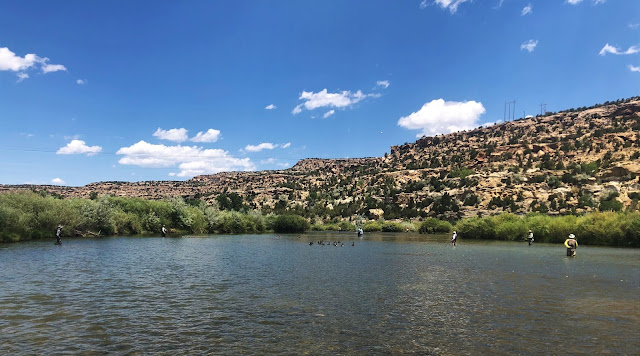 In the middle of the night I felt tiny droplets water coming through the mesh walls of my tent.  Having left the rain fly off for the night I got up heard Kelly shuffling around in his tent and I asked him is it raining?  It was and having also left his fly off he was moving his tent under the canopy of the bench and cooking area.  Not wanting to move my tent I took my fly out of the sack and got out to put it on. 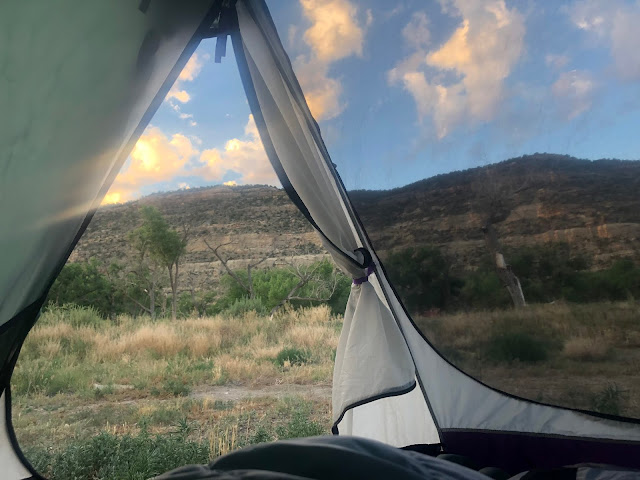 When I awoke again in the morning I realized it was unnecessary as it only sprinkled slightly and only briefly. It's always better to be safe than sorry.  I wasn't felling like making breakfast and we head into town for breakfast.  Feeling like something sweet I changed my mind and decided to try the carne adovada after the waitress told us it was a New Mexico pork dish marinated in red chilies.  It wasn't bad but I was slightly disappointed.  Again I was hoping to get a great New Mexican dish only to be let down.

We took off this time to fish some of the famed portions of the San Juan having forgotten where Curtis told us to fish.  I didn't want to bother him again so I decided to check out the Texas Hole.  I figured being our first time here we'd really need to experience the world famous sections of the river. 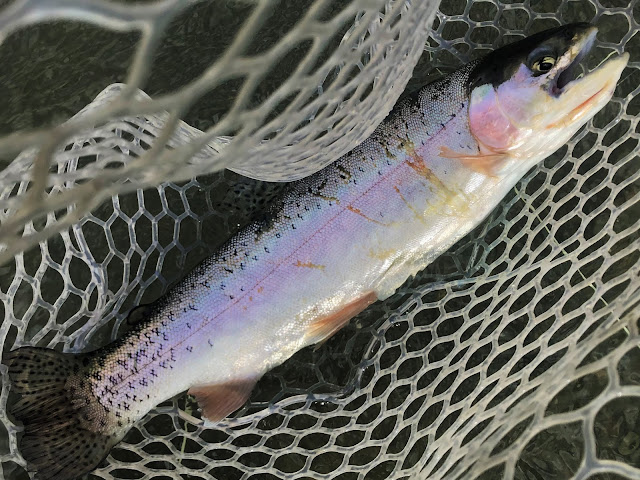 Once we reached the parking lot, it was evident how popular this section is with anglers.  It was already hot by 7:45am and I really wanted to wet wade but on the advise of both Curtis and the employees at Abe's I choose against it.  Despite the heat in the air the water was freezing.  I was ready before Kelly and I made my way to the water.  While crossing the river I caught up to a guide and his elderly client.  I wished the guide a good morning and since we were headed to the same direction asked him where he planned to fish so I could stay out of his way.  He looked at me with a bit of shock and then appreciated the gesture.  He then asked me if I ever fished here I told hi it was my first time ever.  He told me to go to a particular hole up ahead and fish there as it is loaded with fish and few people actually fishes it.  He then asked to see my rig.  He told me my split shot was too big (which I thought it might be) and looked at the fly I had on and said it it might work but it might be too big.  It was a larvae fly I bought at Abe's the day before.  We split ways and I headed to the hole he suggested.

After changing for a smaller split shot I started fishing.  Within a few handful of casts I managed my first San Juan trout.  The fish was in the 16-17 inch range.  I moved upstream and made a cast upstream stripping the line in and was on once again.  This time after a brief fight my tippet broke at the knot. Some cursing ensued as I rerigged my leaders system.  Not long after that I managed another fish and actually had him in the net for just a brief second before he escaped and headed downstream on me to break off again.  I'd break off on fish multiple times in the morning.  Not sure if it was bad knots or bad tippet.  May have been tippet as I actually broke off multiple times day before when fishing with Curtis.

I finally found Kelly and he was frustrated so I tried to help him out.  We changed out his flies for smaller ones.  For the nest hour or so we'd see multiple fish but couldn't get any to take.  These fish will hover downstream of you collect all the aquatics you dislodge.  Eventually I'd meet up with the guide I saw earlier.  After exchanging pleasantries we began talking again I told him we were headed toward Colorado.  This guide was actual guiding out or Durango, for Duranglers, and his client also from Colorado, they both told me that it would be better to stay in New Mexico.  All the rivers and creeks are blown out in Colorado.  "Unfishable" they said.  Well we had no choice but to carry on.  The entire trip was based around seeing Ouray.  We talked some more and found out the guide is a SoCal native from the San Bernardino mountains.  We wished each other luck before leaving. 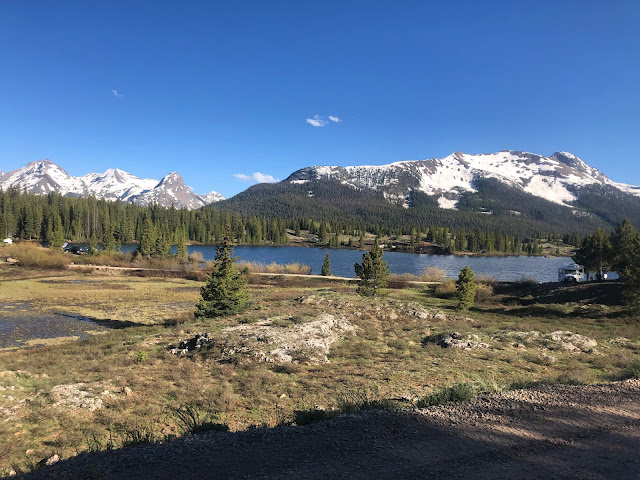 Around lunchtime we set off to Colorado stopping in at Durangler's fly shop to get our CO licenses and some intel.  One of agendas was to get a Colorado River Cutthroat and after speaking with the pro staff our best bet was to try a lake.  Saying I was slightly disappointed is an understatement.  I really hate fishing for trout in lakes especially from shore.  But we had no choice and we set off to to Mola Lake to give it  a try.  After onlhy a few minutes I was already bored but I circled the lake looking for my cuttie.  It wouldn't happen though and headed back to the car in defeat. 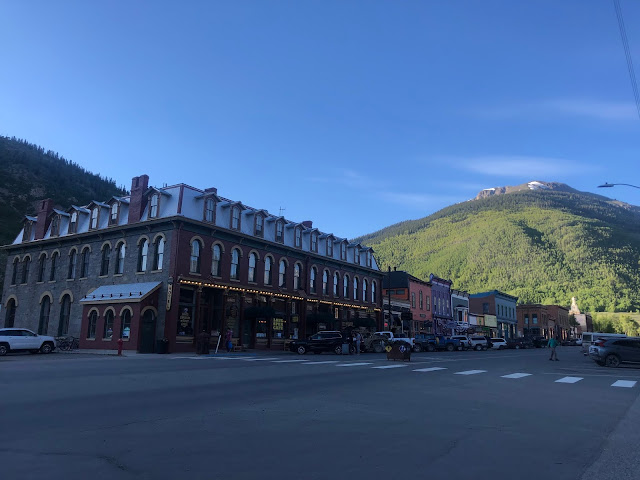 Once on the road we stopped in the town of Silverton and decided to have dinner and stay the night here.  We were told that we'd want to make our drive to Ouray in the light of day.  You don't want to miss the views of the Million Dollar Highway the pro staffer told us.  At the motel while unpacking our neighbor told us that there was a moose sighted down the road toward the mines.  So we decided to take a look.  Never did find that moose but did have a nice view of the surrounding area.
Posted by gourmetsportsman at 11:19 AM