Land of the Rising Sun (and Fish) Part One: Yokohama Bay 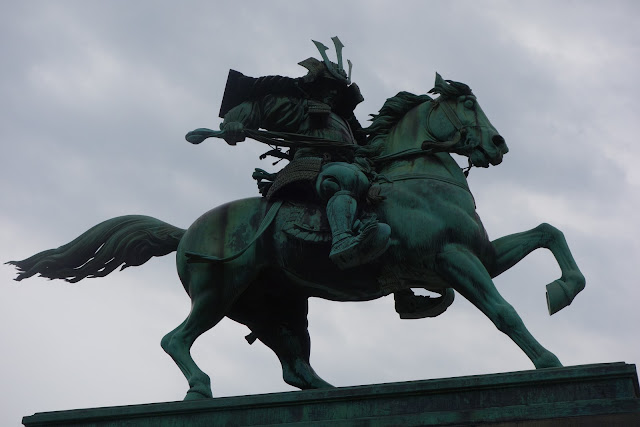 Catching some of Japan's most popular gamefish have been on my mind for ages now.  Long before the internet I have been "reading" (or more like admiring the photos within) Japanese fly fishing magazines dreaming someday of catching some of these fish.  When the opportunity arose to make an emergency visit to Asia I tried to make plans to make a stop in Japan.  I emailed my buddy Koji I had a slim chance of making it to Tokyo and if he was available to take me fishing.  He no longer lives in Yokohama but does visit twice a month for business.  So he let me know to give him ample warning before I came so he could arrange his work schedule to correspond with me being in Japan.  Of course my trip was more of an emergency trip so I gave him little time.  Fortunately he was able to make it happen and fit his business schedule with my trip.  Of course it was during the worst possible time to fish in Japan, a holiday week.  More on that in part two. 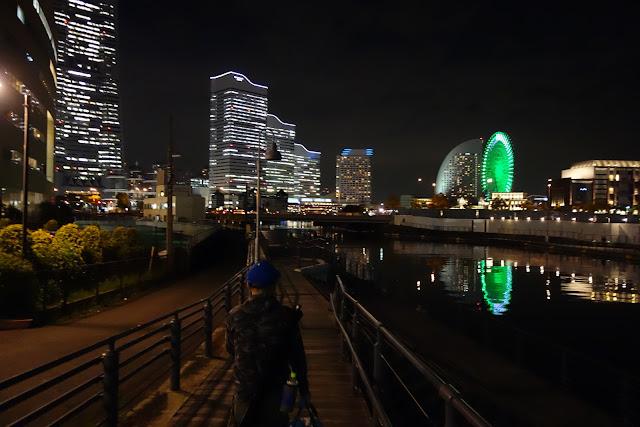 There were a few goals I wanted to accomplish this trip: catch a suzuki (Japanese seabass) and as many species of Japanese trout as possible.  The first night we would try for the seabass at Yokohama Bay.  Initially I wanted to hire a boat but Koji said it wouldn't be necessary as the moon phase and tide charts were in our favor so the canals would be loaded with seaworms, the favored diet of these fish.  After a little mix up on which station to meet we left for our proper destination.  When we arrived at the water, only a few steps from the station, there was a gear fishermen already on fish.  We could see suzuki feeding rising on seaworms while we rigged our fly rods.  Koji gave me a few flies and we tried to get me my first fish from Japan but it was not in the cards this night.  After a few hours Koji was able to catch a micro  horse mackerel.  Yokohama bay is quite beautiful at night and with a jazz musician playing his sax on the sidewalks it made for a relaxing atmosphere despite having to watch out for the pedestrian traffic.  This night though was a bust for me so we said our goodbyes to meet up early at my family's residence the next morning. 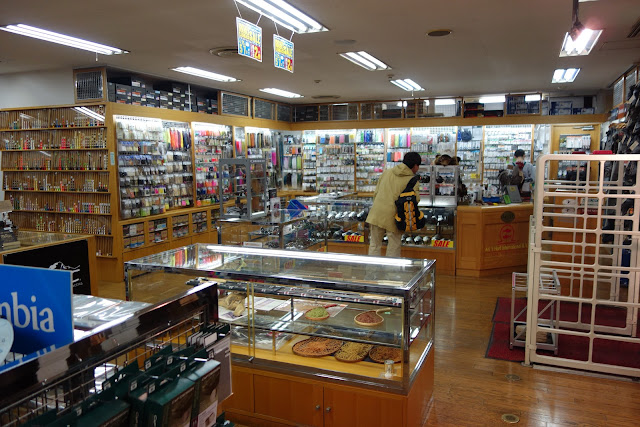 The night before, the day I arrived I spent the evening in Yokohama at my mandatory stop at one of Japan's premier fly/tackle shop, Sansui.  It took me a while to find it again as the underground has been remodel since the last time I came about 8 years ago.  Just head to the Joinus shopping area and exit North 8. 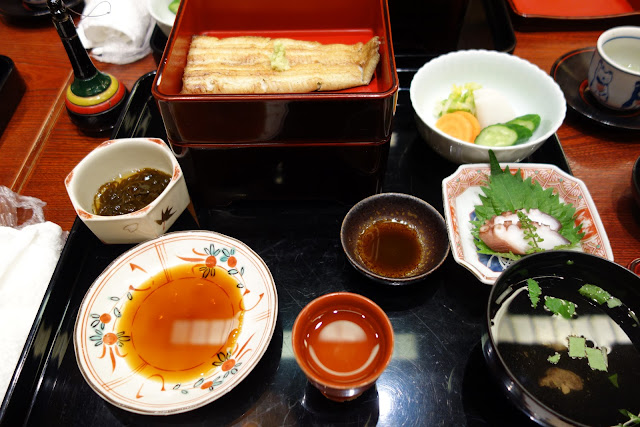 Dinner at one of many restaurants at Nodaiwa Yokohama's Takashimaya for unagi.  We ordered the set menu with eels prepared only grilled with salt and topped with wasabi and the traditional sauced version. 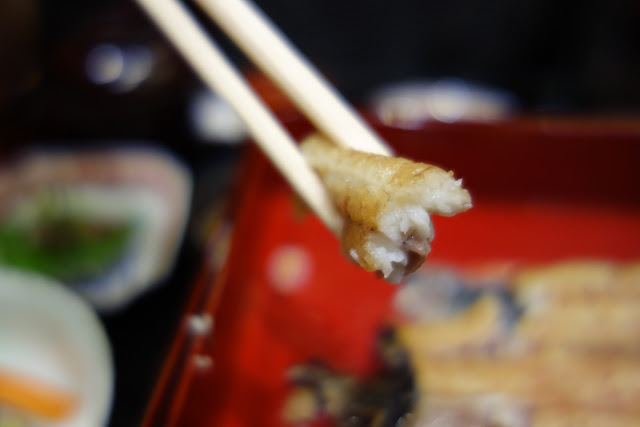 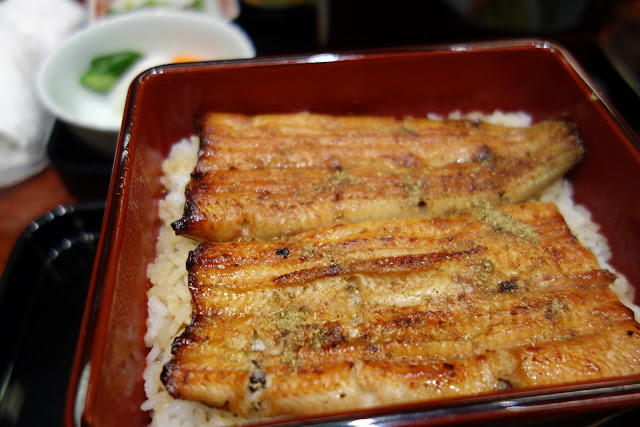 Posted by gourmetsportsman at 5:44 AM