Koji had emailed me a link to a hotel days before I arrived in Japan asking me if that hotel was sufficient.  I really didn't care as my only concern was catching fish.  When I replied that is fine, he then responded if I was okay with camping and sleeping in a tent.  I told him again whatever it takes.  Given the holiday all the hotel rooms booked quickly.  When we were done fishing on the first day I asked him where's the campsite?  He said we're not camping at a campsite.  All booked.  We actually had to camp in a road stop parking lot.  These are areas where camper vans are allowed to park and sleep in their vehicles.  There is a rest stop which sells local goods for tourists in the area.  This area is known for agriculture, wine and sake production so most of the goods are such items. 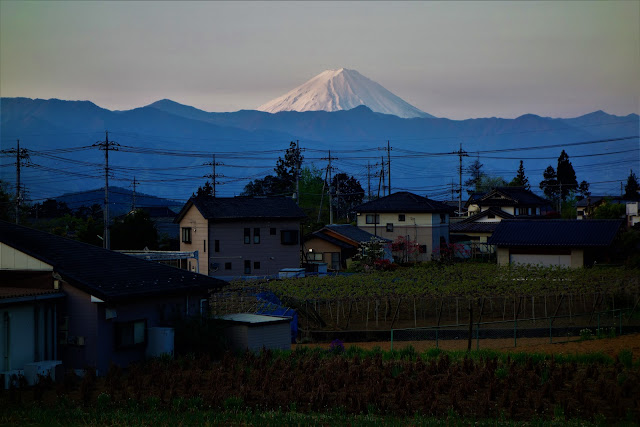 I awoke to a stunning view of Mount Fuji and slept pretty nicely considering it was concrete.  Actually it was nicer than some campsites I slept in here stateside.  At least the ground was level albeit a little hard but no complaints.  Again my only concern was the trout. 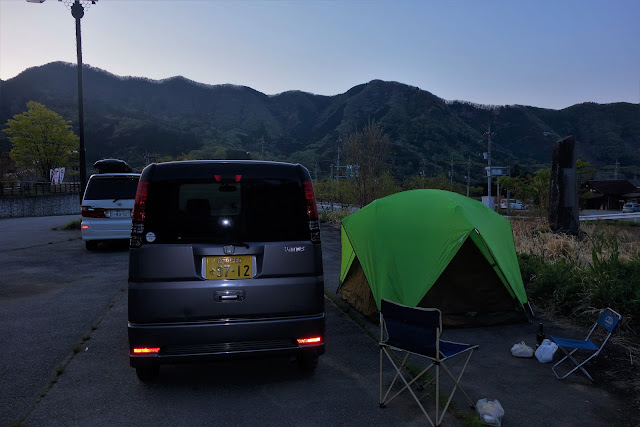 Koji slept in his "mini" van.  After buying a new day pass and some breakfast at the local convenience store in the morning we set off to our first destination.  When we arrived at the gate we found a car already parked.  We looked through the windows to see if we could tell if it was a fisherman.  We concluded it most likely was and chose to move downriver to the power station. 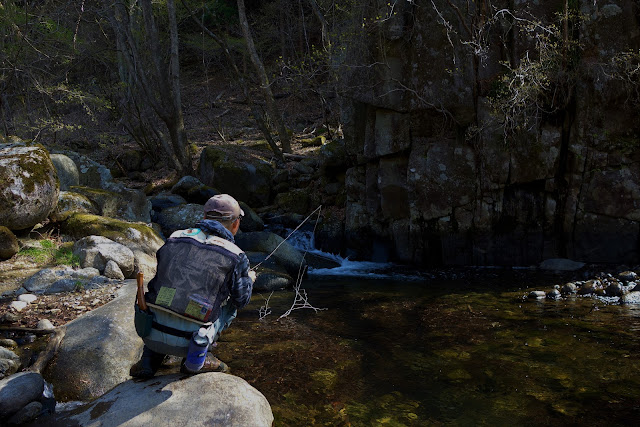 Koji said this section will be mostly iwana with a sprinkling of amago.  That wasn't the case though as we only caught amago here. The fishing seemed to pick up from the previous day.  Fish were definitely more active here.  We made our way upstream eventually reaching the gate with the parked car before stopping and heading back to the van for our next destination. 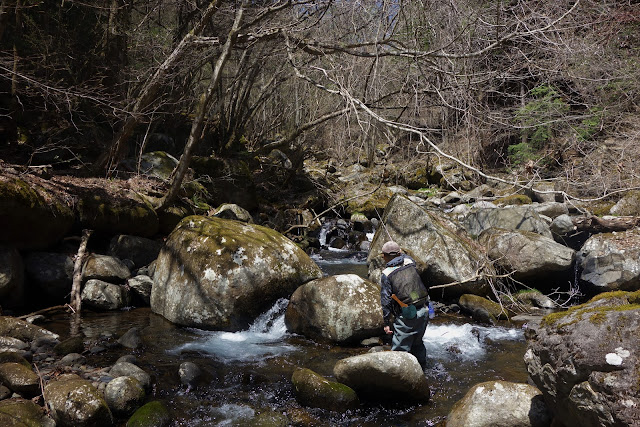 This day I was able to relax more and actually enjoy being out now that I'd finally caught my trout the day before.  I still was getting frustrated with all the tangling but even more stressful were my wading boots.  I had specifically bought new boots for this trip as I need a lightweight somewhat compressible boot I could pack easily.  So I decided on the Korker's Redside with removable soles.  I only brought the rubber soles leaving behind the felt.  I've had success with Vibram rubber soles on all my Simms boot.  I've never worried too much about slipping and so I thought the Korker's would be the same.  Oh how I was wrong.  I fell multiple times and I was gingerly moving through the water the whole time adding to my stress levels. 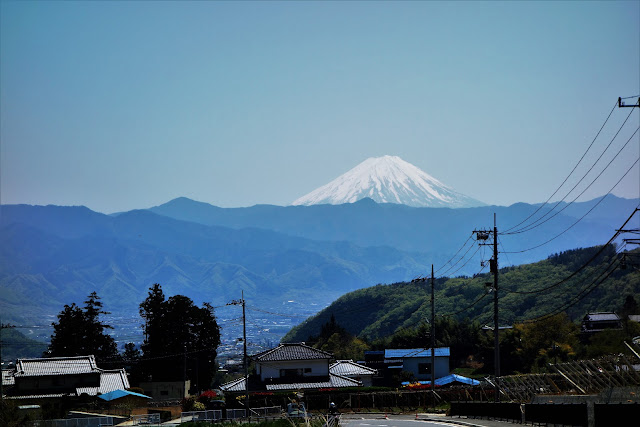 After a brief lunch at the van Koji thought hard about our next destination again with more views of Mount Fuji.  There were more fishermen this day and we ran into a few with Koji having a conversation with some.  He decided on another tributary, small and brushy.  This area would mostly consist of iwana. 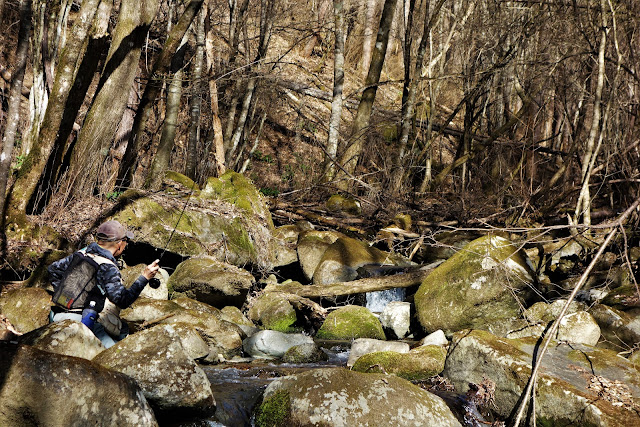 Fishing here was tougher here and we noticed some relatively fresh footprints.  Perhaps this water was already fished this day of the the day prior.  Despite that we managed a handful here within a few hours before calling it a trip.  We lost track of time and soon it was time to hike out of there before it got dark.  It would take three hours for Koji to drive me home but not before stopping by one his routine restaurant stops for some Japanese-style Chinese noodles on the way home.  Thank you Koji for showing me a good time and guiding me to my first fish in Japan.  I never did get my suzuki nor did I get my yamame (which we didn't target) so I'll promised him I'd return when I could. 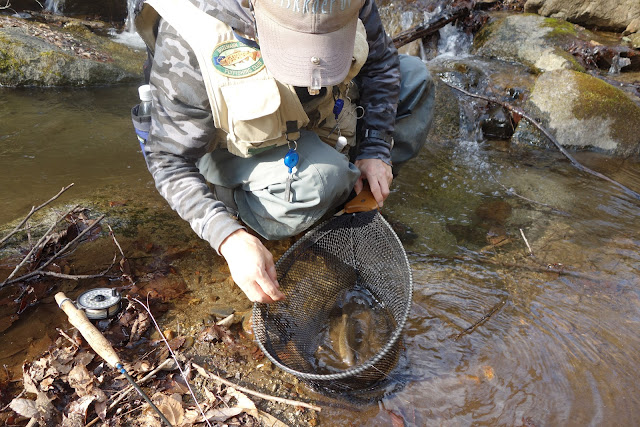 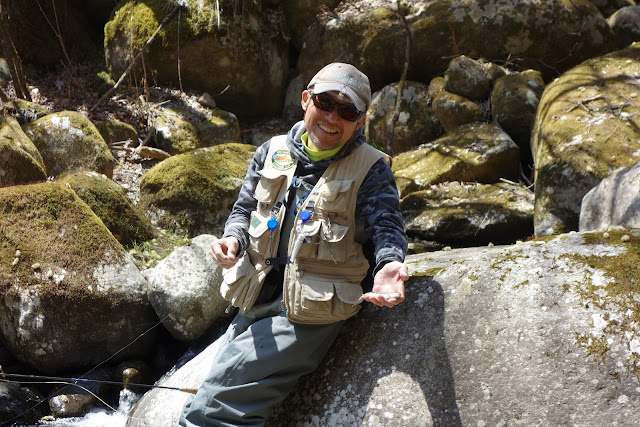 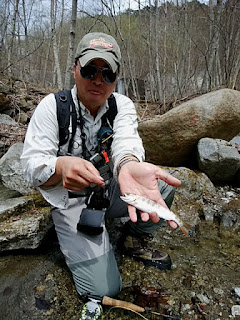 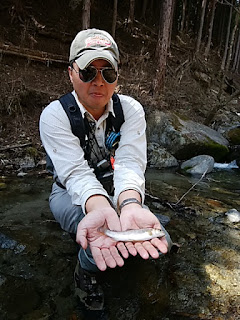 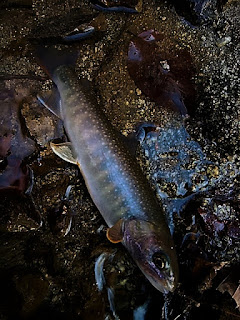 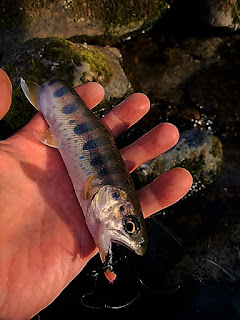 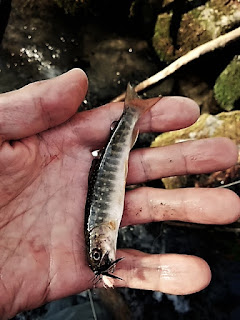 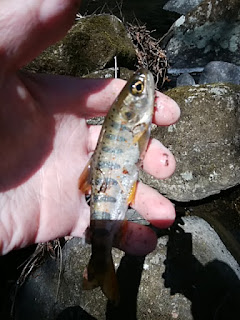 Posted by gourmetsportsman at 5:41 AM