The Rain Didn't Quite Bring In The Birds As We Hoped 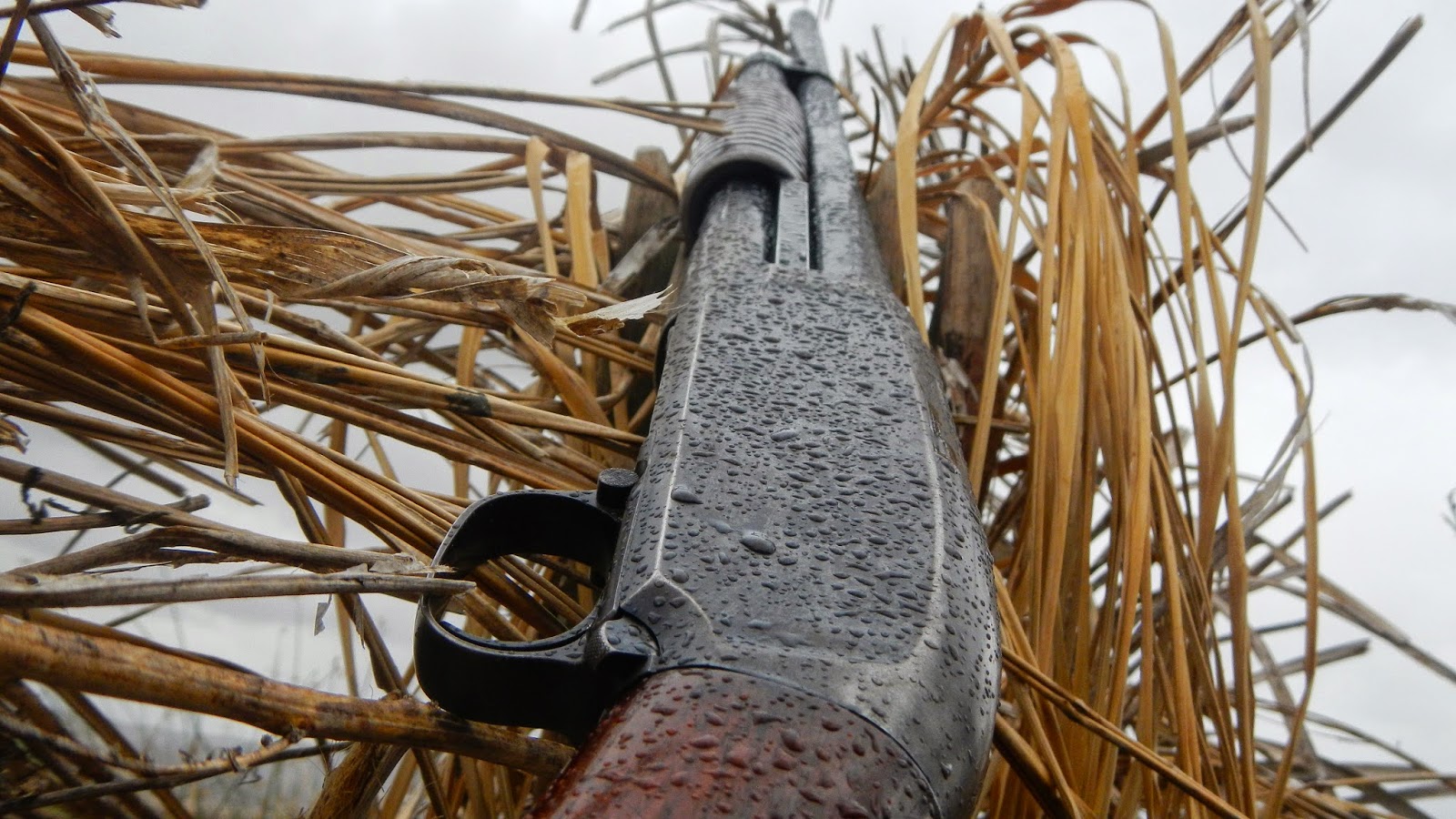 At around 9:30 this morning Jeff called me to ask if I wanted to meet him at the club to hunt in the afternoon.  Without  hesitation I agreed so I hastily got my stuff and packed the truck.  Having shot as much as we did the last outing, I chose to bring my Winchester Model 12 so I could save money by shooting steel.  Jeff hunted yesterday and he said it was rather poor.  He and his regular hunting buddy managed 7 birds of wigeons, scaups, ringneck, gadwall and spoonies.  He said it was tough getting those birds.  The rain came and with it our hopes for a great hunt.  When I arrived just before noon, birds were working all around. 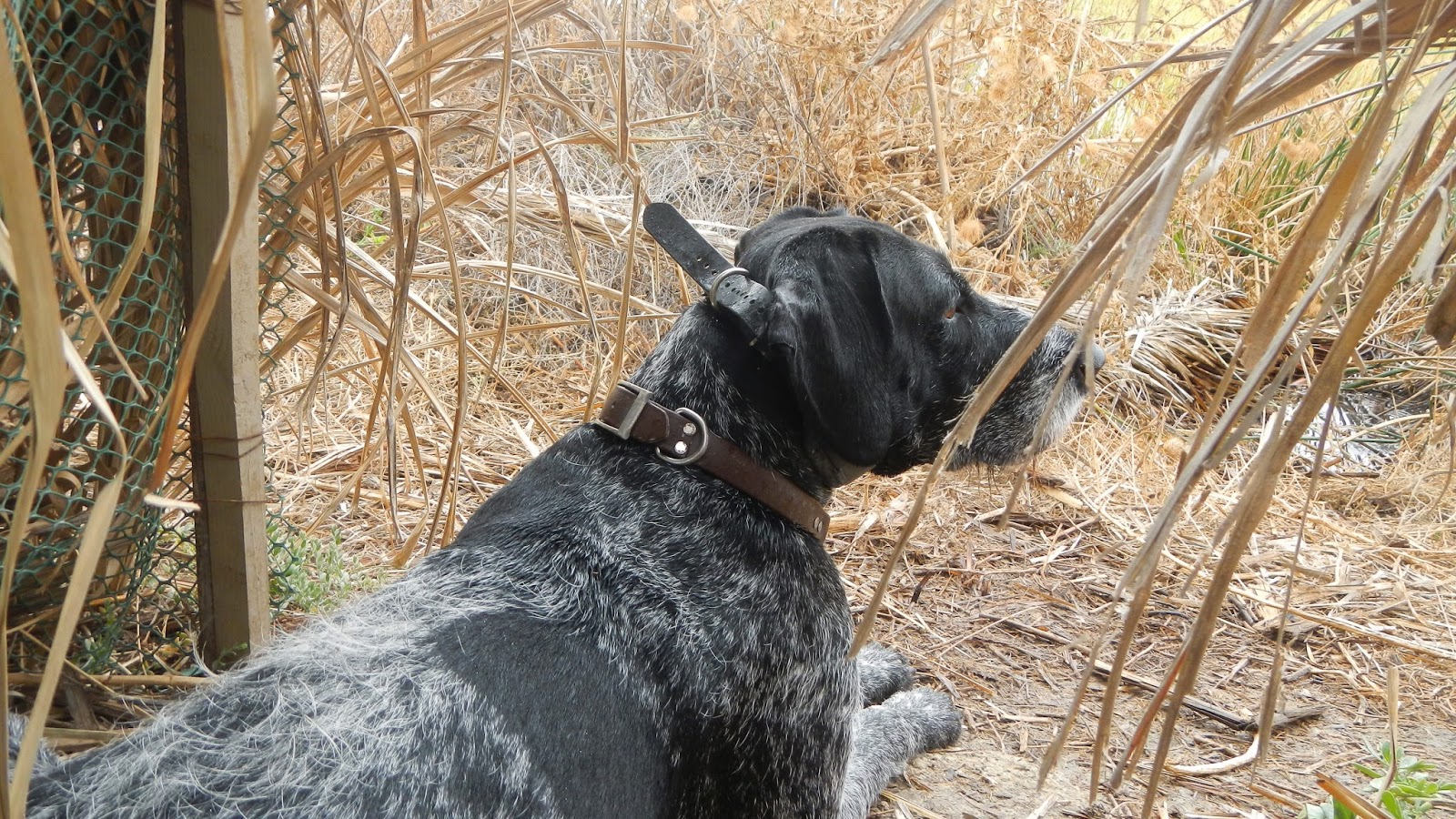 The entire club was empty and we had it all to ourselves.  So Jeff could work the birds and we could hunt them properly without someone skybusting them.  Early we had a lot of promise as flocks and flocks of spoonies came in.  Despite having them within range we passed on shooting them waiting in favor for the good ducks to show.  The occasional mallard, wigeon came into our pond but not within shooting range.  The weather began to improve and was not as foul as we hoped and the flocks of birds slowed. 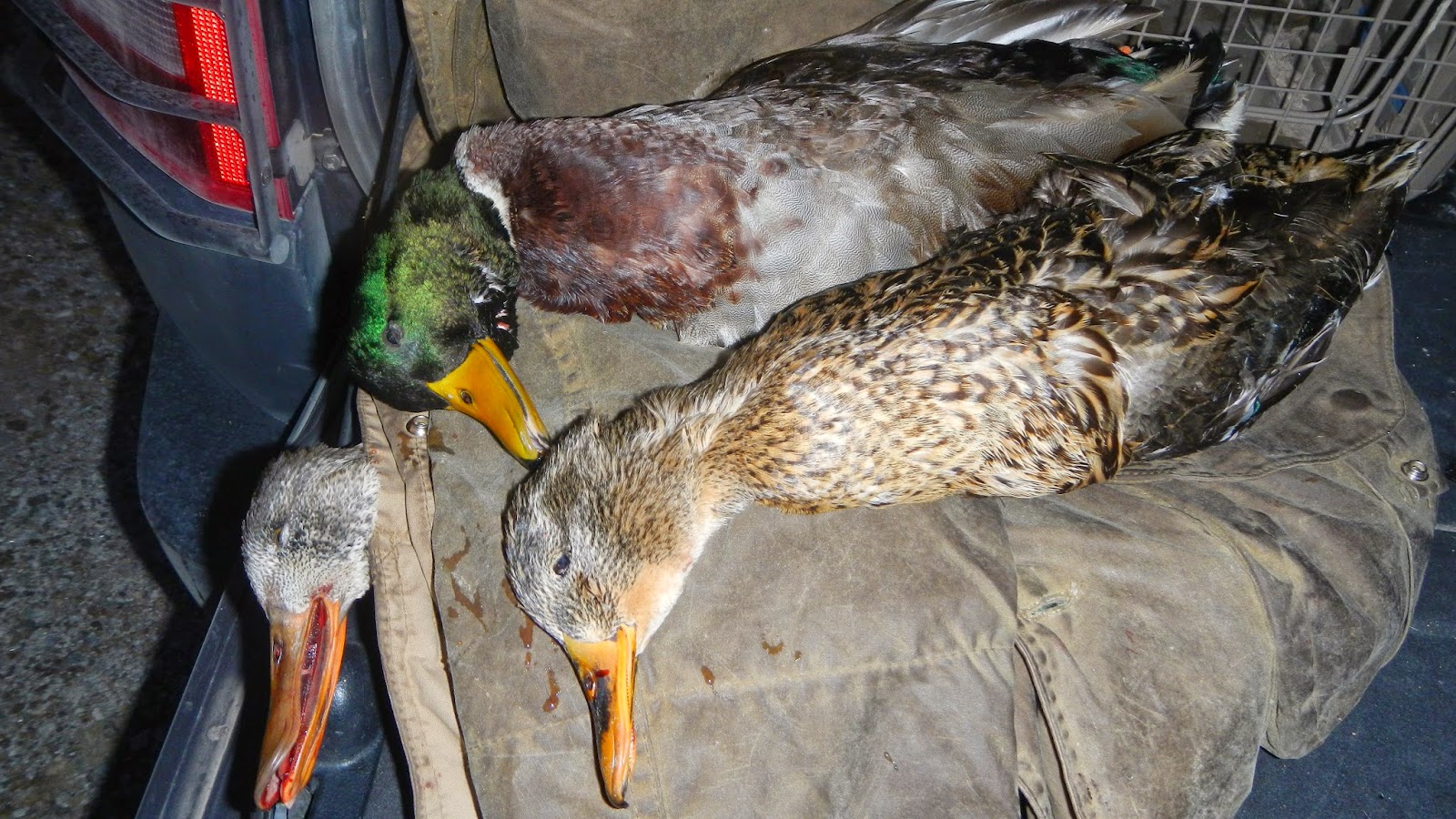 We waited for hours and with the club all to ourselves, Jeff suggested we moved to a nearby tule island.  I walked over there to recon it to make sure we could stand on dry land.  When I was making my way over I flushed a pair of mallards behind me. Jeff expertly took both of them with two shots.  I walked back with Kaiser to get the retrieve.  These mallards were big, Jeff estimated them 3 or 4 years old.  The chest of the drake was grey suggesting an mature bird.  After we made our way to the island we had a few flights fly over.  I couldn't hit jack with the pump.   After shooting empty on a spoonie Jeff dispatched it after seeing I was dry.  After that it was pretty much over and we called it quits saving enough legal shooting time to see if we could jump a duck or two on the way back to the trucks.
Posted by gourmetsportsman at 8:47 PM