After staying a night in the biggest shithole motel I've ever slept in, it was time for another day afield.  Sunday's hunt was much different than the previous day's epic duck hunt.  I knew the hunt would be difficult without a group of hunters or dogs to pressure the birds. Despite that I choose to give it a try in the hopes of getting a rooster to rise.  Early in the hunt we managed to flush up two hen pheasants but to have them only fly into a posted field. 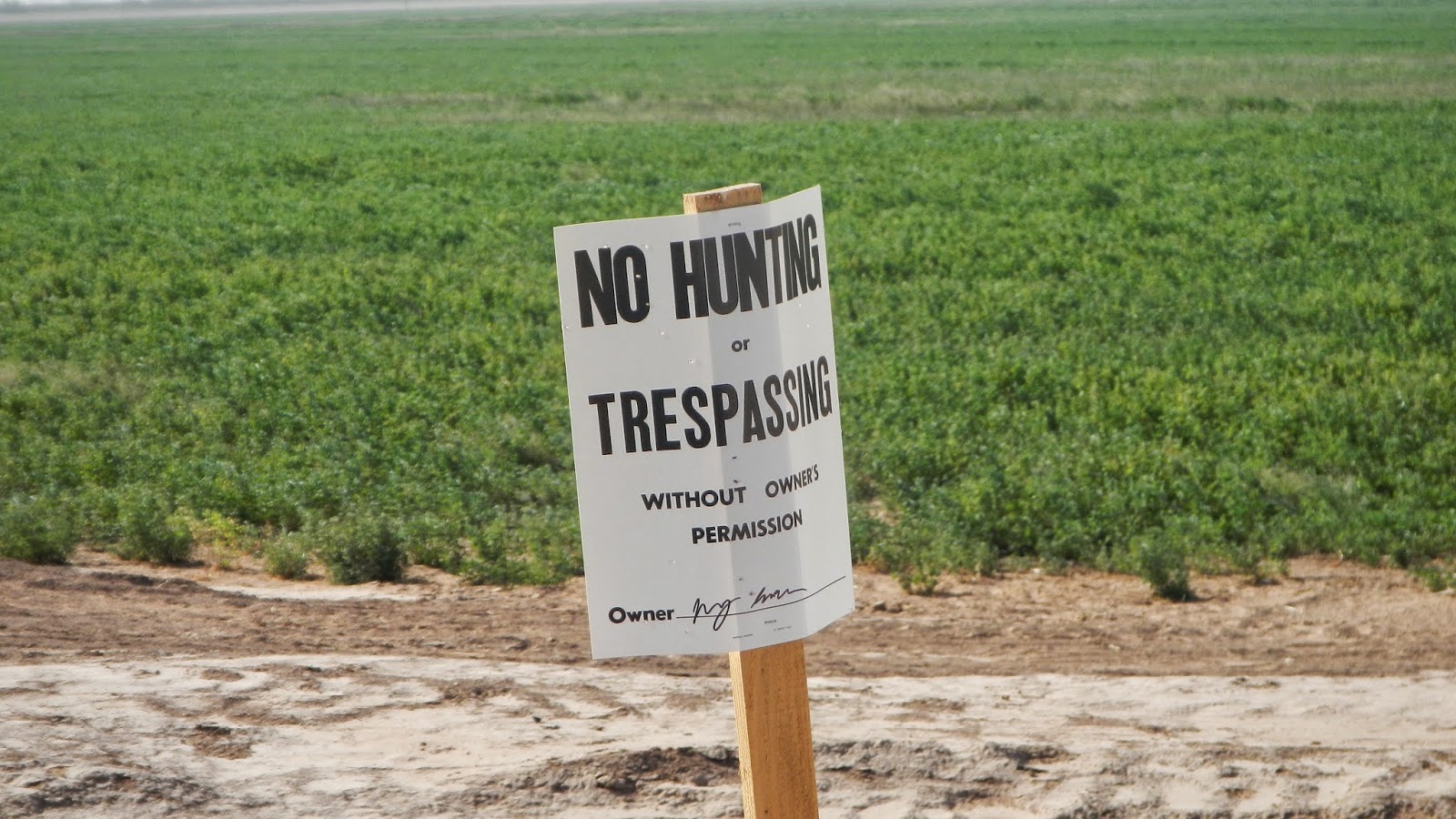 One or the first things I noticed this year was a lot more fields were posted this year.  Some of my favorites were now off limits.  Also several fields were barren and were now dirt pits not sure if that is the result of our drought or the farmer's economic conditions nevertheless it was disheartening. But with the Santa Ana winds picking up I was caught up in some massive dust storms for a while so I drove out of those areas.

I drove around looking for new fields.  Kaiser managed to scent a bird in a large alfalfa field that ran on him.  I saw the track it left and we worked the field as thoroughly as possible but the wily bird out ran us.  I'm confident that had we had a number of hunters with us, we could have flushed the little bastard.  While driving around I found a duck club loaded with quality ducks.  Of course it was off limits to me but it was impressive to see the number of mallards, pintails,  among other waterfowl. 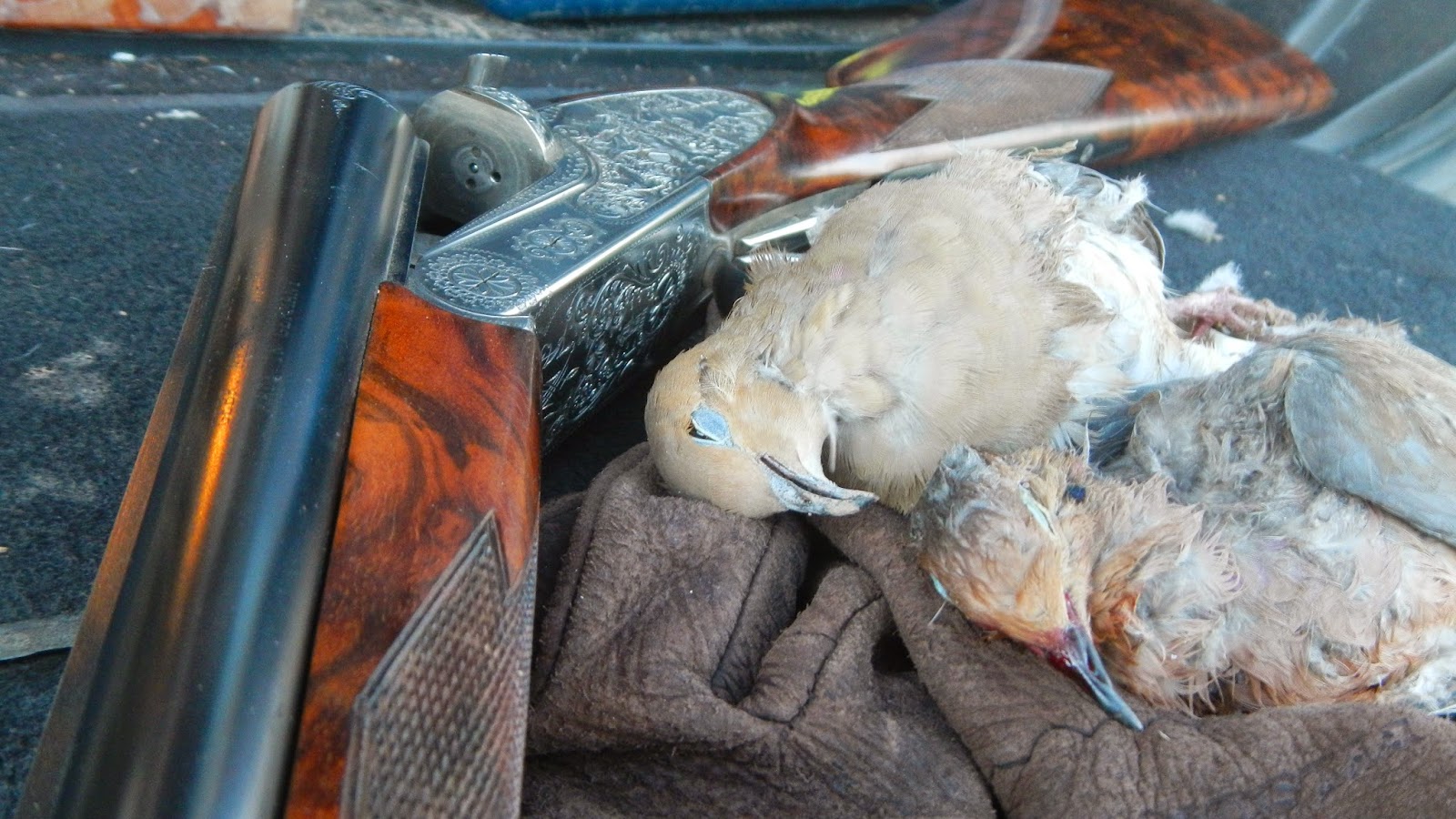 Hunting, as I predicted, was tough.  I only managed to flush two hen pheasants that flew into a posted field.  While I saw a number of doves while driving, I only had a minimal number of shots at them.  I did take two for the day. So at least I wasn't skunked on this trip. 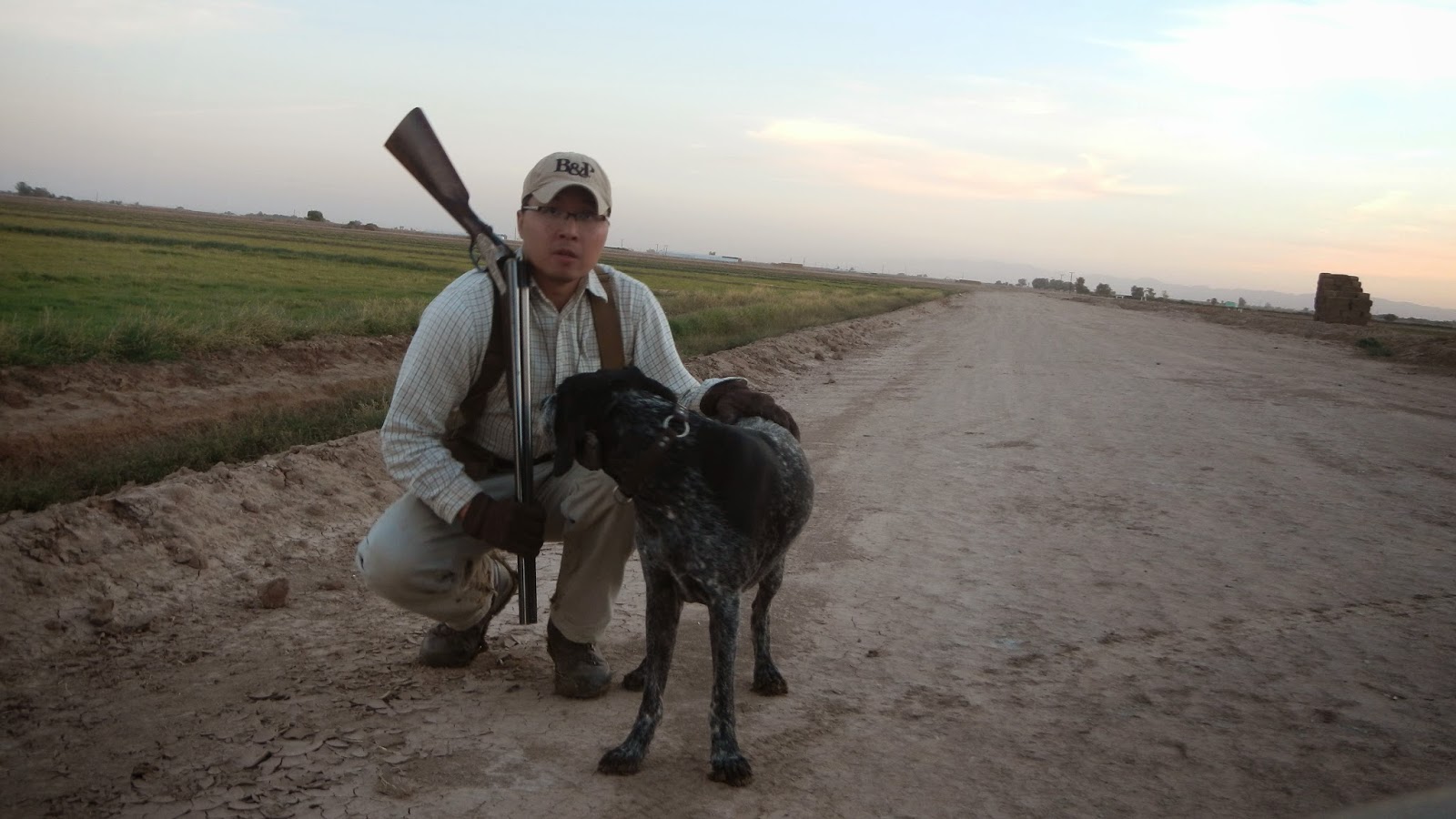 Posted by gourmetsportsman at 9:12 AM

Email ThisBlogThis!Share to TwitterShare to FacebookShare to Pinterest
Labels: dove, drahthaar, fine shotgun, pheasant, side by side, wingshooting