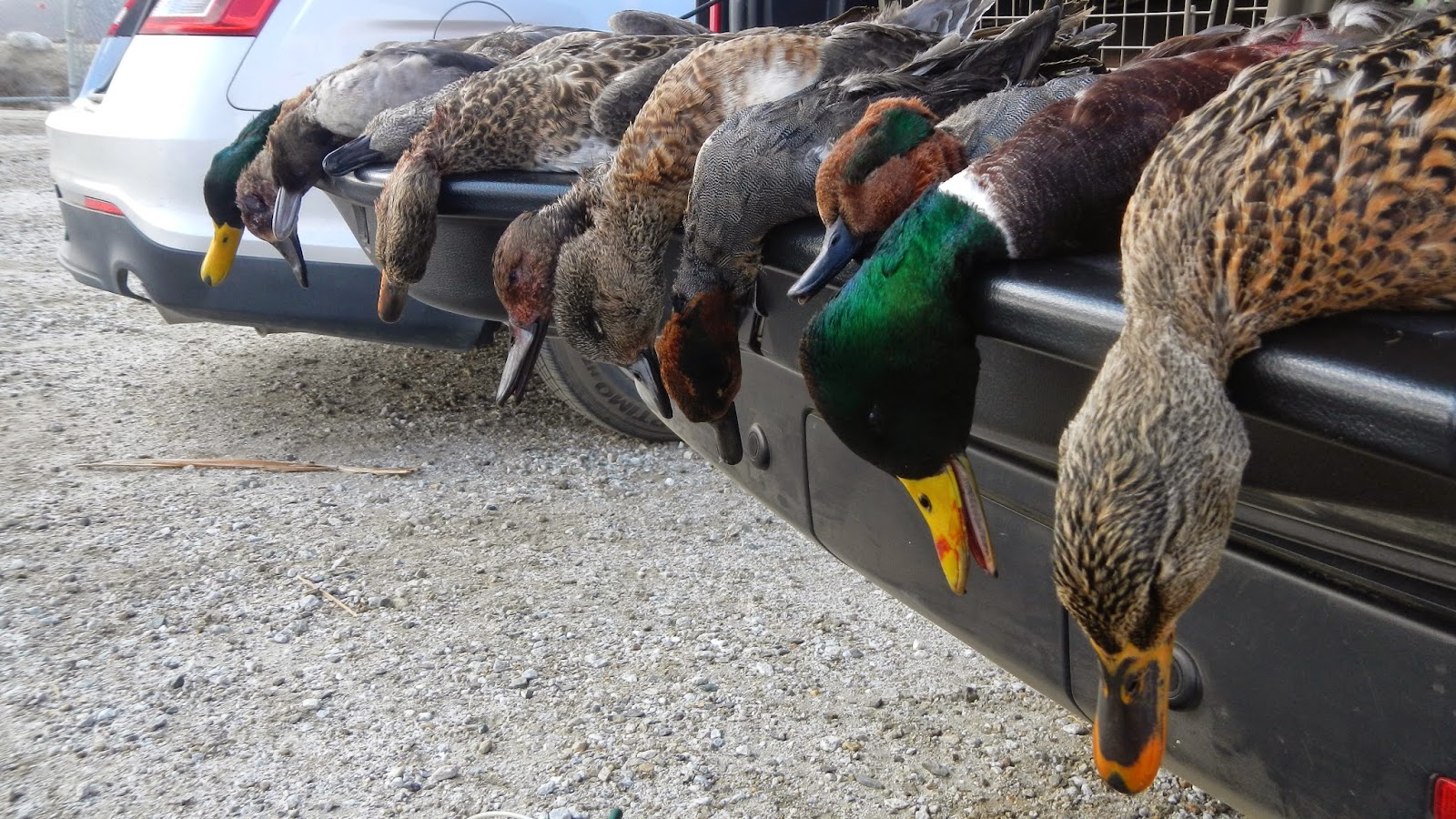 Day One.  It seems that any plan I make, it only ends up being altered.  I had planned on hitting the Sierra earlier in the week only to have that canceled.  So rather then head north I decided to head south for the weekend and chase pheasants.  On Thursday Jeff called and let me know his regular hunting partner cancelled on him and asked if I wanted to sub for him.  In a heartbeat I answered in the affirmative.  Jeff had ran his dogs on Tuesday at the club and saw an abundance of big ducks.  The northern arctic freeze had pushed the birds down and Jeff predicted a good day.
At 3am my alarm went off and I packed up the shotguns and headed to the duck club to meet Jeff.  Unlike our last outing Jeff would have to draw a new blind for this time around since he didn't like the blind he was assigned to for this round.  Luckily he drew number one and chose blind 15, one of the best of day's vacant blinds available. 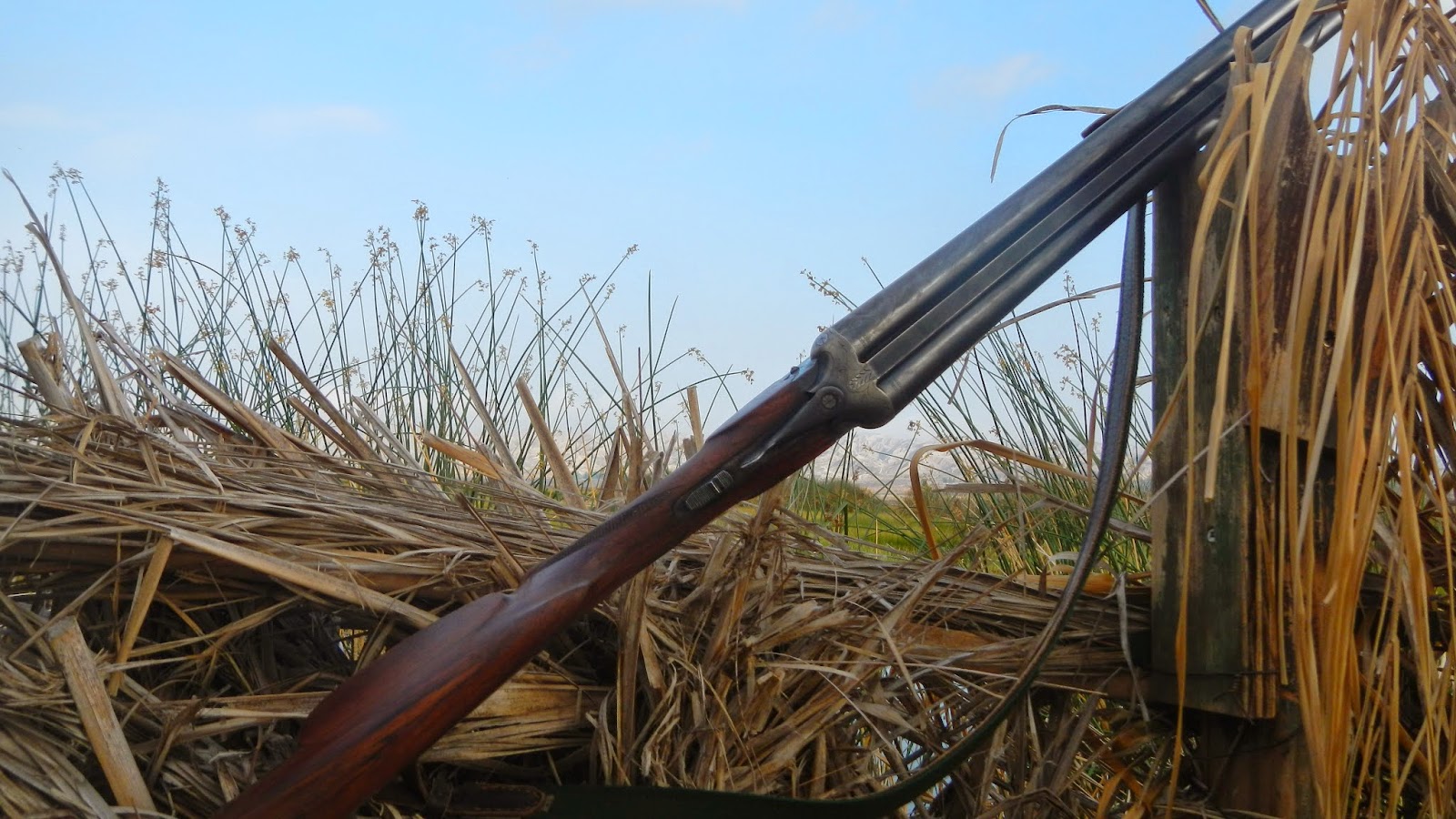 In the darkness of night while heading to the blind, we could hear the variety of ducks teasing us within the various ponds, pintails, wigeons and mallards before legal shoot time.  We sat patiently as quality ducks flew overhead teasing us as we waited for the buzzard to inform that we could begin hunting.  By 5:56 am Jeff began skillfully calling them in. The first birds to fly by were shovelers and we let them pass, waiting for the quality birds that Jeff was so confident would eventually pass.
It wasn't long before we had birds falling from the sky.  Jeff was dead on with his Beretta auto taking the first bird, a greenwing teal.  Jeff had several before down before I finally connected with my first bird, a hen spoonie.  My first several misses were caused by my over thinking each shot; I was trying to calculate the lead rather than letting it come naturally.  Once I finally shut the brain off I was connecting with some regularity including my first pintail, a drake in eclipse plumage
Time in a blind is often spent waiting staring at the sky with a brief moments of action which was the case the last time Jeff invited me to his club.  Usually the only thing to pass the time is excellent conversation but on this day it was not the case.  In fact most of our conversations were abruptly cut off with someone interrupting to point out birds flying by.  For the first several hours it seemed nonstop.  Jeff hooked many and got them to commit to landing in the spread but was ultimately foiled by our neighboring blinds that foolishly skybusted birds.  I thought duck clubs had a better class of hunters than refuge hunters but I guess this is not the case.  Naturally this type of nonsense inflames Jeff and rightfully so, most of the birds the neighboring blinds had taken were because Jeff managed to get he birds to commit and work the area. 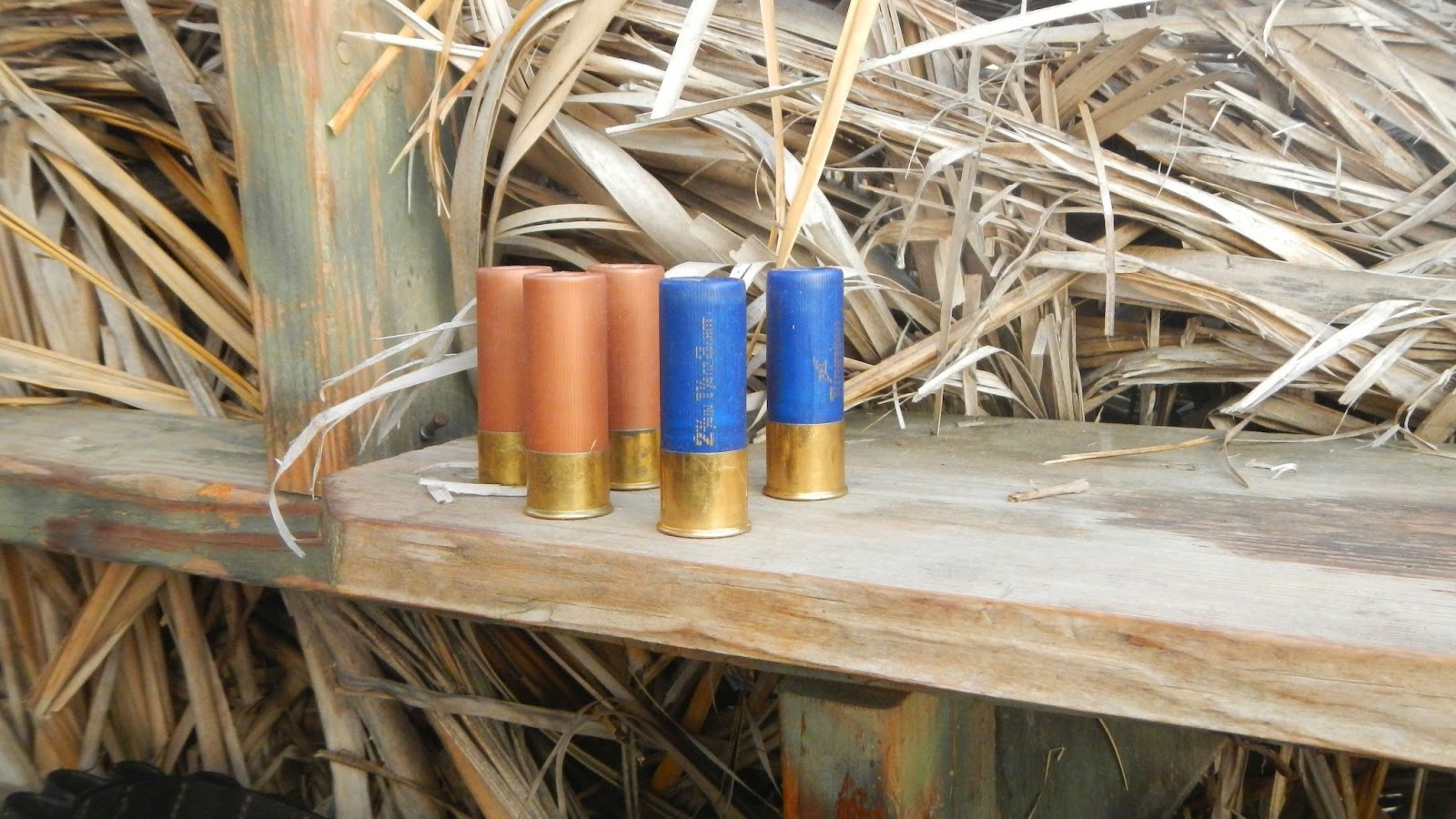 I expelled more shot than I care to admit.  Shooting Bismuth, Hevi Shot Classic Double, and Tungsten Matrix, at an average of $3.00 let's just say it was an expensive day.  I actually feared I might run out before we reached our limits.  That would not be the case though thanks mostly due to Jeff's dead aim.  On the advice of Jeff he suggested I ditch the side by side in favor of a gun that can shoot steel.  I agree and if he invites me again, I'll take my Model 12. Financially speaking I think this is prudent especially if we have another day like this one.  I'll keep the Merkel Model 8 for jumpshooting. 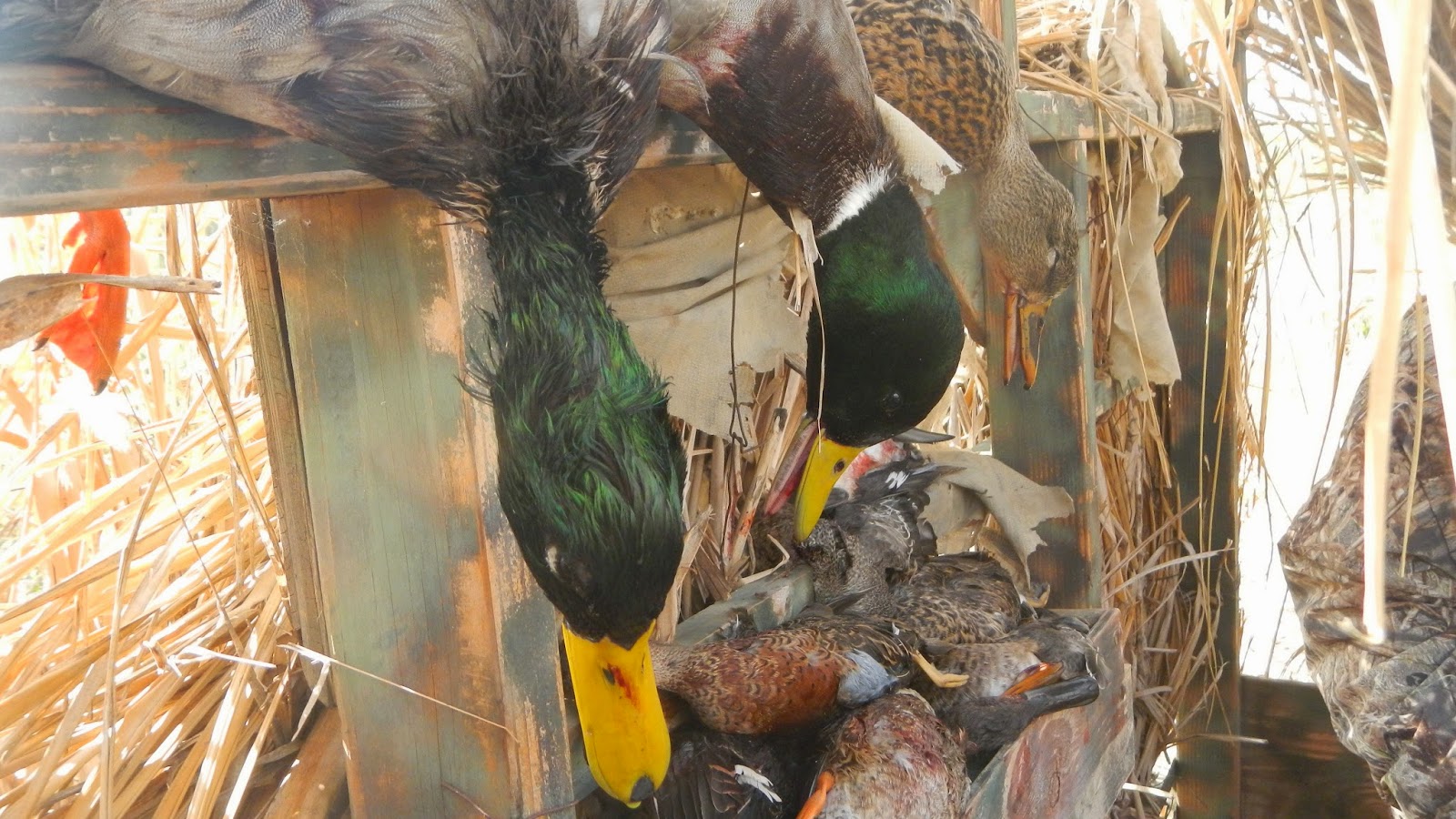 We managed our limits and had a just about ever species in our bag.  Three mallards (two of which were drakes), one drake pintail, three greenwings (two drakes), one drake cinnamon teal, one hen bufflehead, one hen spoonie, one hen ringneck, one hen gadwall and two hen wigeon.  It was quite a day and I am truly appreciative of Jeff's generosity and not to mention his patience with Kaiser.   while my drahthaar is an outstanding upland dog, a decent jump shooting dog, he is unfortunately an annoying blind dog.  He simpy wants to run.  Sitting and patience are not his forte at least when it comes to hearing gunfire or birds in the air. 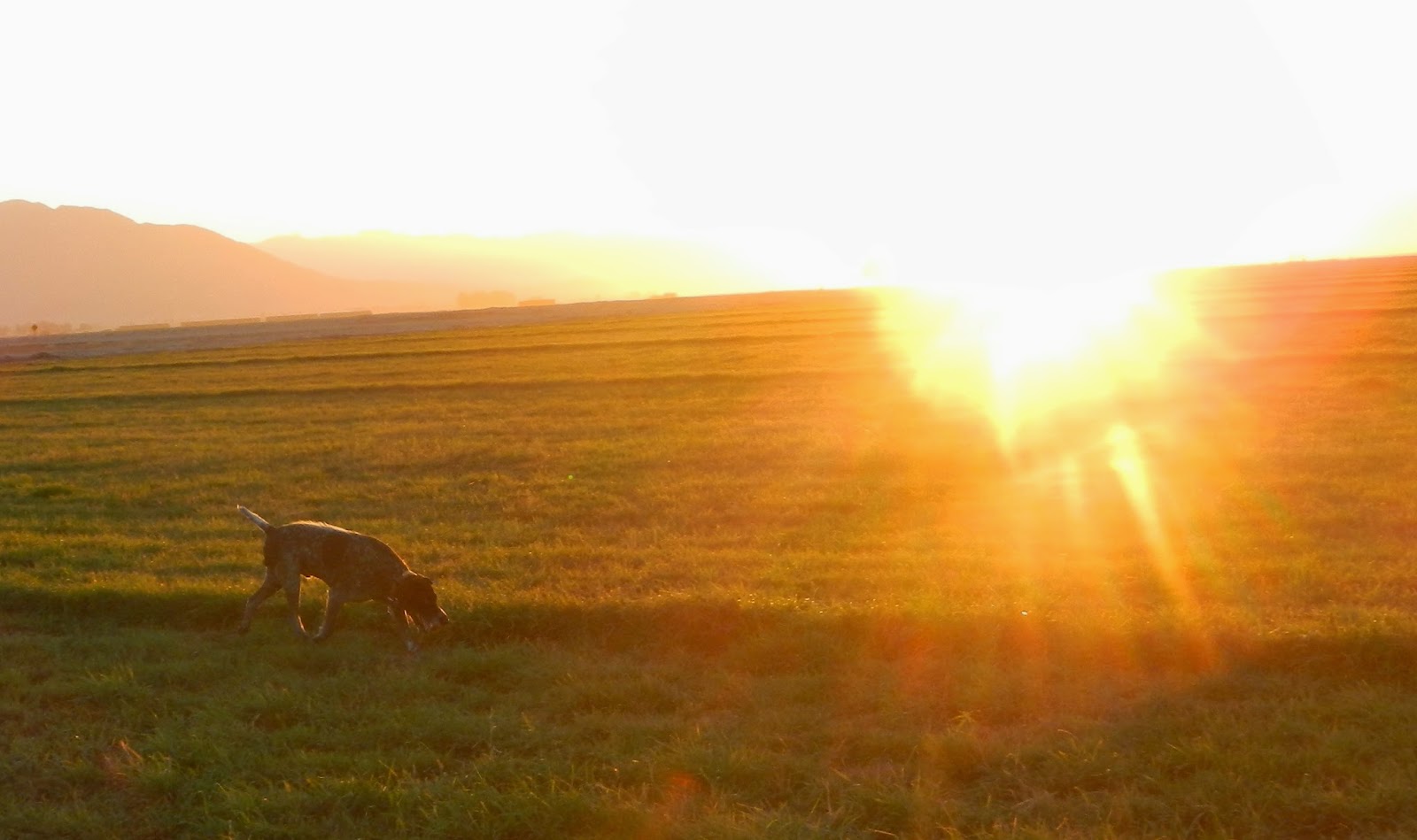 We limited out at around noon.  Since I was already packed for pheasants and my drive already cut in half I decided to continue the day looking for roosters.  I drove down and had about 2 hours of light to work with.  I tried a few new fields but had no luck in finding any.  I headed toward town for some burgers at In-N-Out before looking for a motel to rest up for the next day.
Posted by gourmetsportsman at 11:14 PM