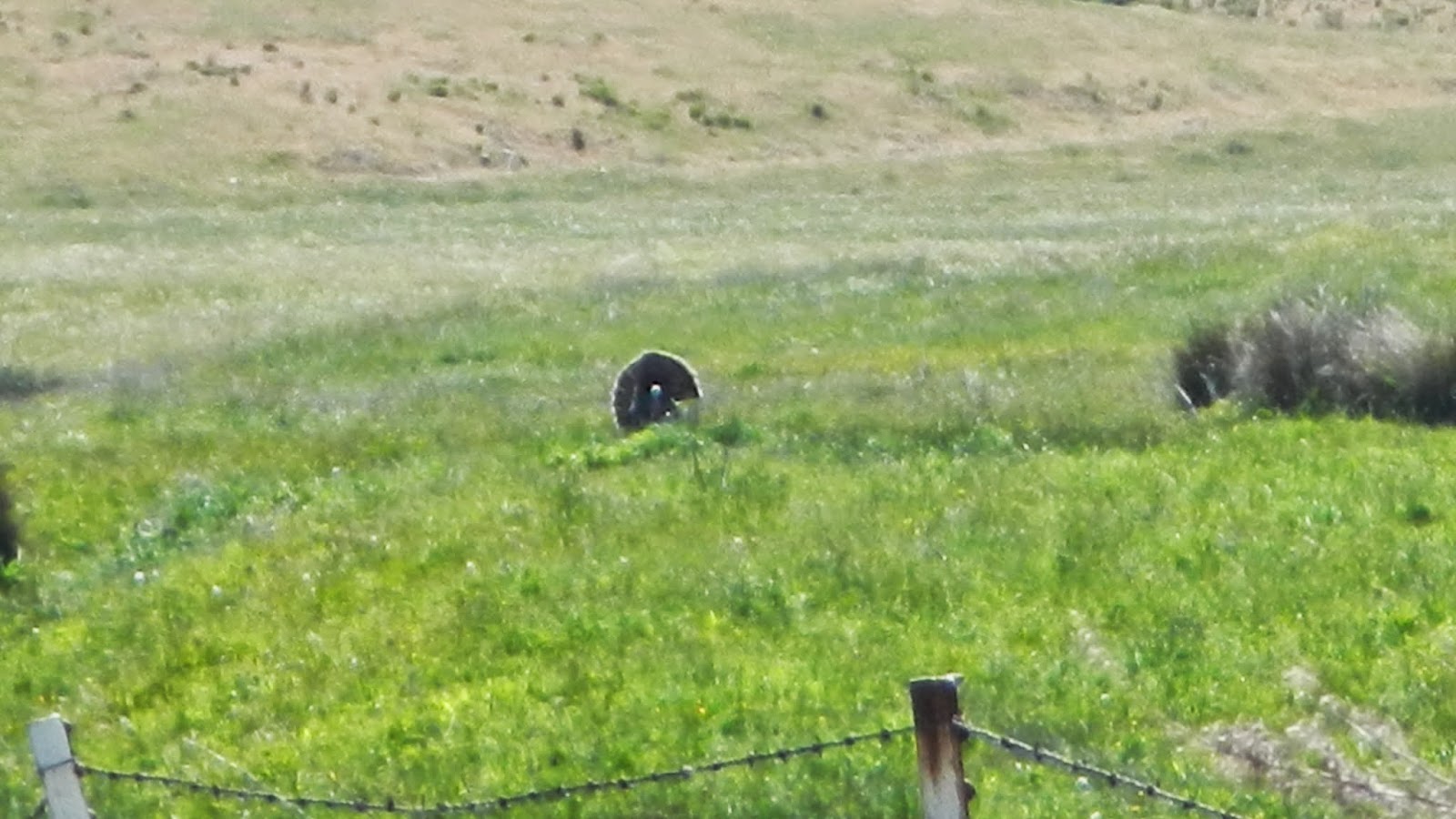 With the valley now all to ourselves, Chul and I awoke early and made our way to the meadow we heard the Tom.  Unlike the previous night I actually had a great night's sleep.  Thankfully as we had quite a hike ahead of us to get out of here.  We slept in our hunting clothes so we were ready to go and geared up light.  Bypassing breakfast we headed to the meadow as quietly as possible.
When we arrived to our decoys we hid behind our natural blinds, I set up my shooting monopod and laid my Beeman RX on it as Chul made calls.  But this time the calls though went unreciprocated.  Waiting we eventually gave up and started to head toward another meadow.  Dead leaves litter this area and there was absolutely no way of making a quiet stalk.  We hid in the outer edges of the meadow behind several oak trees and random brush.  Only a few lanes gave us a view to the field any attempt to come closer would likely spook anything in that meadow.  Chul had a greater field of view from his spot.  My view was obstructed so I could not see the buck and a doe feeding on grass.  Since I was the one with the binoculars Chul could only tell me it was a "pretty big" buck.  It eventually passed his viewing lane and disappeared.  At this point we decided it was time to get out of this canyon before the heat arrived.

It was going to be hot so we wanted to be backpacking in tolerable weather.  We managed to breakdown camp and head out by 7:30ish.  Chul estimated a 2 hour hike out and we still needed to find my torn up Lowa boots we cached on Friday. 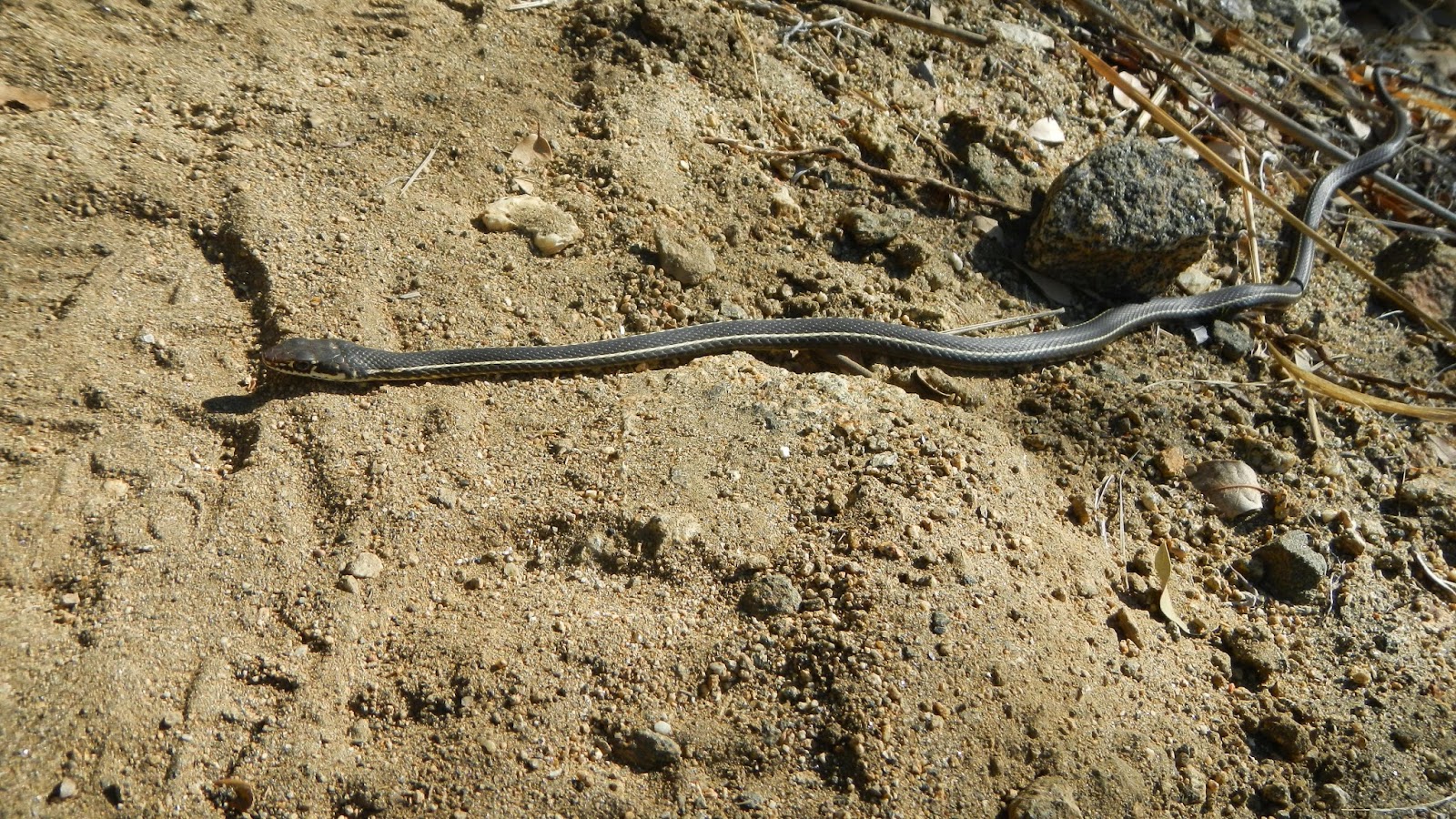 A stronger hiker than I, Chul managed to be about ten minutes ahead of me and found my boots strapped on his pack and waited until I caught up.  On the way out we ran into this snake which I believe is a California Striped Racer (Chaparral Whipsnake) on the trail trying to sun himself.  By 7:20 we were by the truck, ten minutes earlier than his estimation and just before the temperature began to rise considerably. 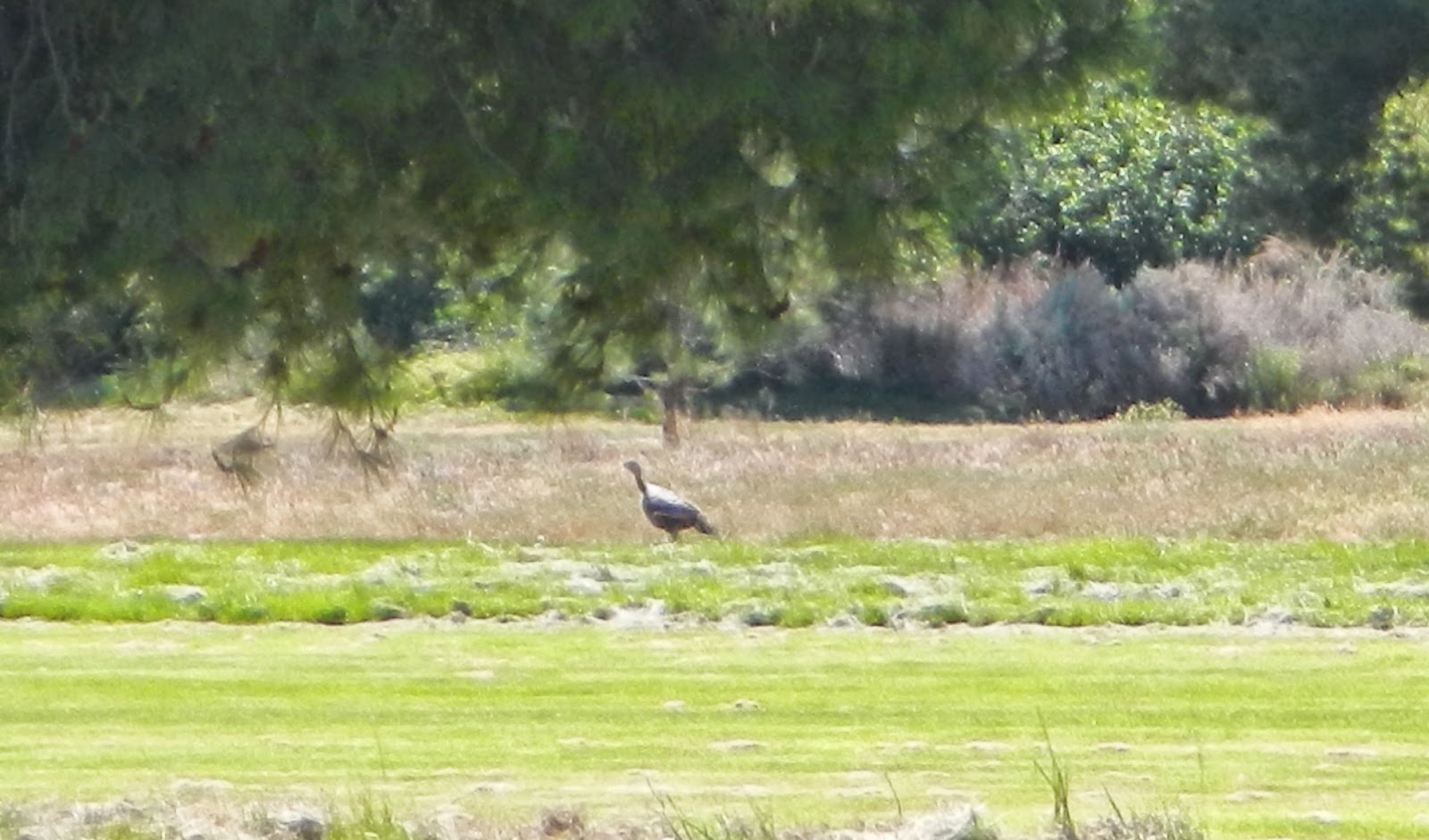 On the way home, since we did not see any turkeys on this trip, we decided to drive by the lake to get some food and check out them out on private property.  In on field we saw two hens, in another a lone Jake strutting his stuff.  The field next to the diner had at least seven birds we glassed.  One of them was a monster Tom with a beard that was dragging the ground. 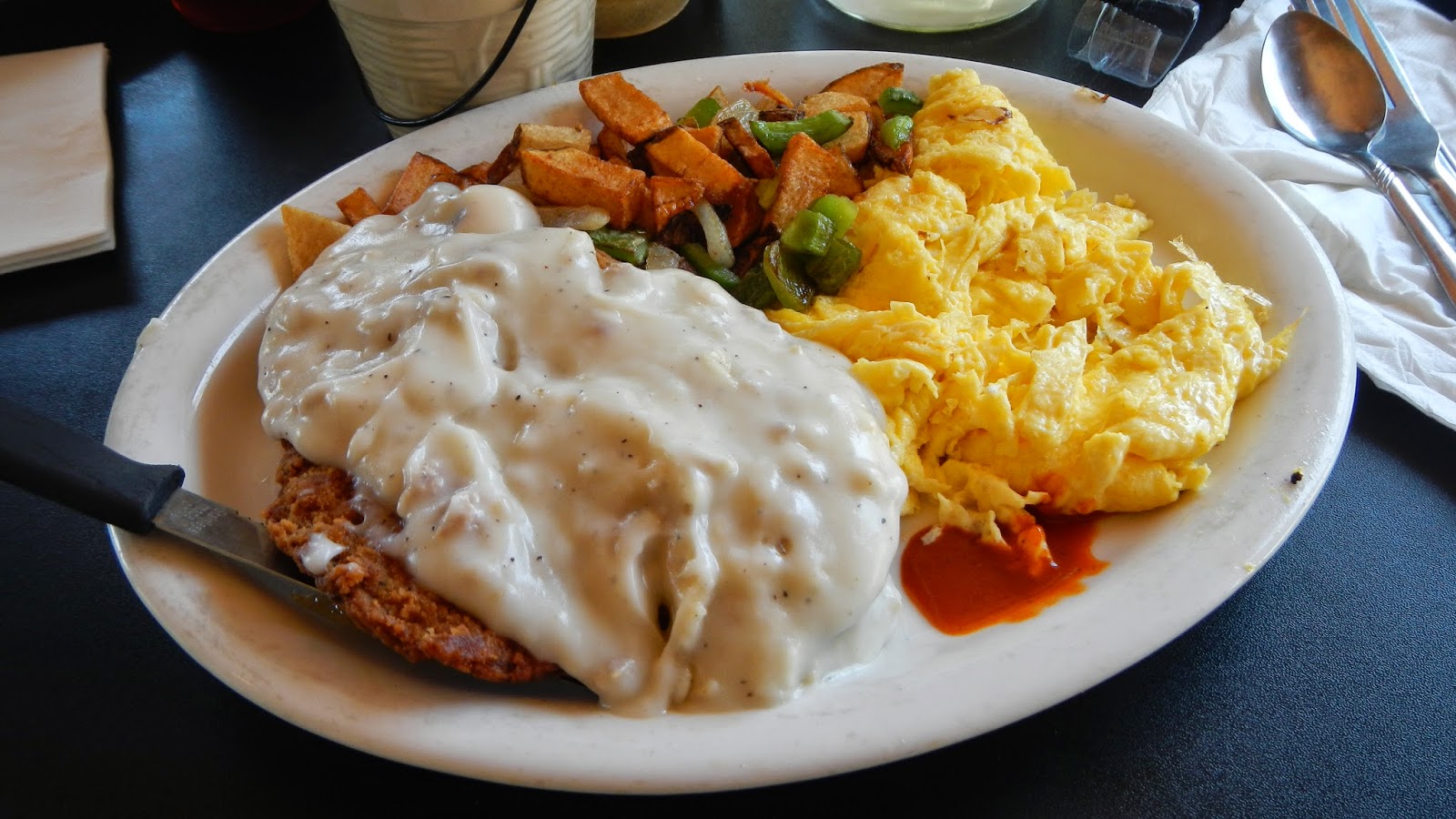 We sat in the enclosed patio area so I could glass the birds while we waited for out food.  I had the heart attack special- country fried steak, scrambled eggs and taters.  I'm sure any calories I used up on the hike was now going to be replenished and some.  For me a gun hunter I only have two weekends left to take Tom this spring season.  I'll see if I can make it back before it closes on me.  As a bow hunter Chul has an additional two weeks.  Hopefully one of us can bag one of these prehistoric looking animals.
Posted by gourmetsportsman at 8:26 AM