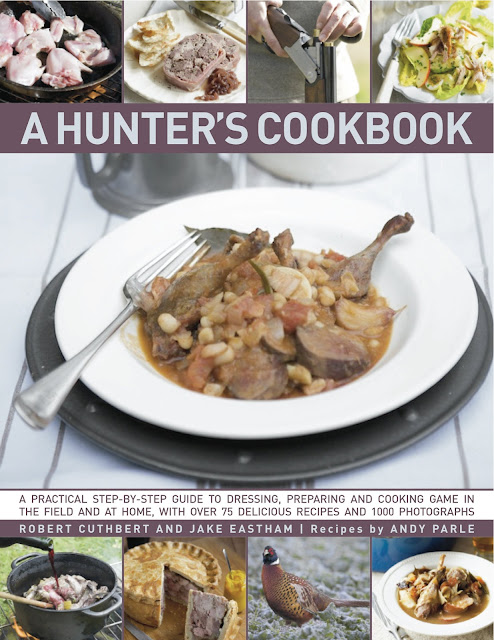 With the hunting season over, the following months until the next season will be days on the vice tying flies or the water fly fishing.  But to get my hunting fix, days will be filled reading hunting/gun books or watching hunting DVDs.  I've order several books to hold me over for the next seven months until September.  Here are some of the gems: The first is A Hunter's Cookbook by Robert Cuttbert and Jake Eastham.  This is a fantastic book.  Photographs are excellent and mouthwatering.  The book is filled not only with great recipes and how to cook game but also how to properly pluck, dress, draw, gut, butcher, trim and hang game as well.  Preparing each species from small birds (teal, pigeons, woodcock, snipe, grouse, quail and guinea fowl), large feathered game (partridge, ducks, pheasant, goose, turkey) venison, wild boar, goat, rabbit, hare, and squirrel are fully illustrated showing each step.  Recipes range from rustic to gourmet.  One of the best books on game cooking I have found. 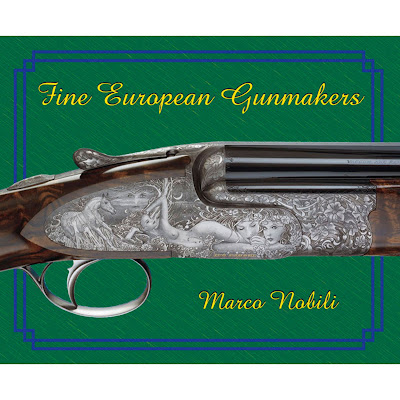 Next is from one of the most prolific fine gun writers of our time.  A few years ago I read in an issue of Shooting Sportsman that Marco Nobili passed away which is a shame as he works are very enjoyable.  I picked up his Fine European Gunmakers from Safari Press.  Within its pages are beautifully photographed works of art from gunmakers throughout the Old World and even a section on American Gunmaker, Connecticut Shotgun Manufacturing Company which is odd for a book on Continental guns.  Some of the gunmakers include but not limited to Beretta, Bertuzzi, Fabbri, Garbi, Hartman & Weiss, Peter Hofer, Kreighoff, Piotti among others.  This is a coffee table book and its loaded with pictures from some of best artisans in the medium of metal and wood in the world.  My only complaint is that the few pages of text is rather superficial and offers not much insight in each of these fine gunmakers but despite that its worth a spot on the shelf of any admirer of fine guns.  Pages are printed on high quality glossy thick paper.  This is gun porn at its finest.
﻿ 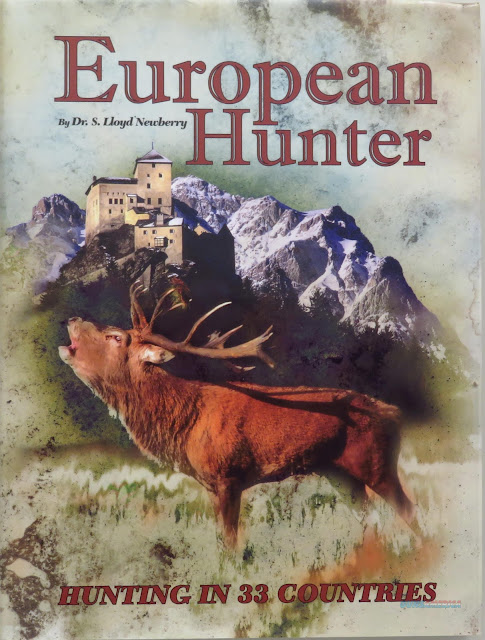 Very little information, at least in English, regarding European Hunting is available in the states.  Most of the written material relates to estate bird shooting rather than big game hunting.  This is especially true for the Teutonic states and the Scandinavian and Eastern European countries.  Information is hard to come by until Senior editor of Sporting Classics magazine, Dr. S. Lloyd Newberry wrote European Hunter.  Having hunted in 33 countries of the Old World, Newberry shares his experiences hunting everything from various driven bird hunts to the capercaillie to alpine ibex to boar to brown bears to the various deer, moose and goat species.  This book also serves as a guide to those looking to visit Europe to hunt various game giving valuable information regarding customs, dress, traditions, procedural and logistical tips to make a trip more enjoyable.  The book starts with hunting history in the Old World.  If you are a member of the German Gun Collectors Association or, like me, a bit of a Germanophile this is definitely needs to be in your library.  There is a brief section regarding the major gun centers of each country and its gunmakers.  As of right now this is the quintessential hunting book for European hunting.  I have yet to find any better if you have let me know I'll check it out.
Posted by gourmetsportsman at 3:16 PM