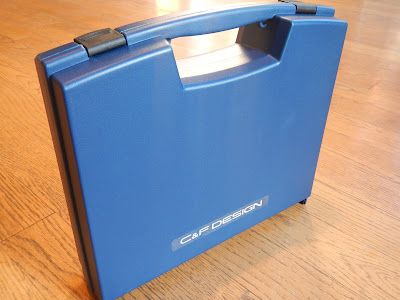 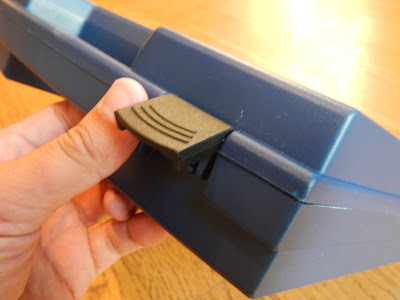 Last summer, prior to with my parents' planned trip to Japan, I asked them if they could pick me up the C&F Design XX-Large SW Fly case.  Unfortunately that trip was cancelled due to the devastating tsunami that crippled the nation.  After a year or so, I had long since forgotten about that request I made to my folks and had purchased the Cliff's Bugger Beast as an alternative.  Yesterday after picking up my folks from the airport they had a little surprise for me.  While I had forgotten about the request, apparently my parents did not and had my new C&F box waiting for me.  It must have been my reward for having to put up and navigating through the incredibly poorly designed layout of LAX.  I hate driving into that shithole. 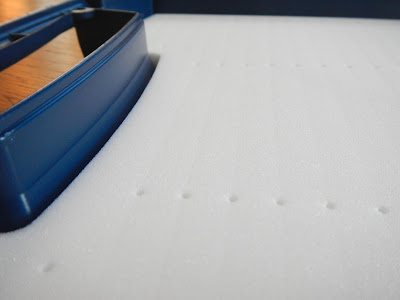 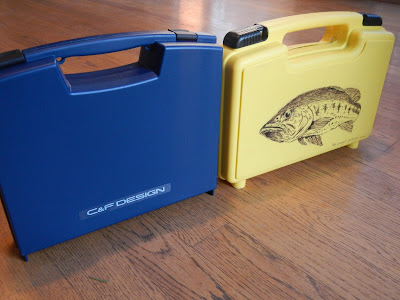 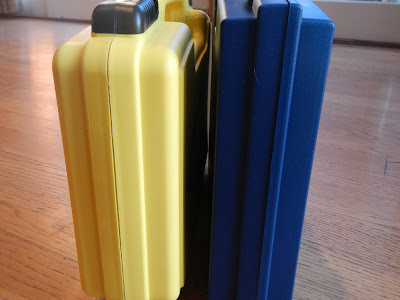 The C&F Design XXL SW Fly box, like many other of their products, is not imported stateside (at least not as of this post).  So I was excited to see it when they pulled it out of their luggage.  It is similar in size to the Cliff's, but slightly taller in height (but does not translate to more interior real estate) and shorter in length and thinner in profile.  The locking system is done via tabs while the bugger beast uses a sliding closures.  I prefer the cliff's in that regard.  While the paperwork says made in Japan, the plastic case is actually made in Canada.  Lips on the C&F close much flusher than the Cliff's.  Another one of most noticeable difference between the two is the foam.  C&F is much better, slots are cut cleanly whereas the Beast need to be re-cut at places.  Also the row of slots are clearly identified by the four strategically placed holes marking each row.  Whereas, when new, the slots are hard to distinguish on the Beast and as already mentioned, are not always cut deep enough to slide a hook in easily without having to re-cut it. 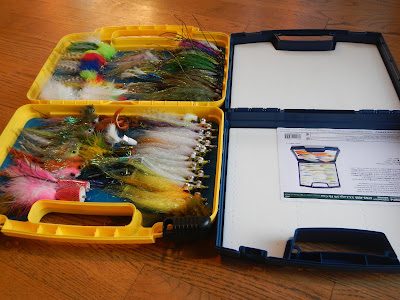 With the conversion rate favoring the yen, at ¥5775 (roughly $73US), it is no wonder this product does not get imported here.  It clearly is no bargain.  Nevertheless I'm glad it is now in my arsenal, you can never have enough fly fishing Tupperware.  My intention now is to use the Beast for my big bass flies (after all I drew a damn largemouth on it) and the C&F for bluewater flies for Calicos, tuna and such.
Posted by gourmetsportsman at 7:47 AM