After placing an order on the 1st of April, my order from Linder finally arrived. I've ordered items elsewhere from Germany and I've never had to wait so long for a package. I was pretty surprised on how long DHL Germany had held my item. I checked the tracking number and the package sat at several distribution centers for days before moving to the next stage. That being said I've finally recieved my package.

I order a wild boar head trachtenmesser, a letter opener and bottle cap opener both with a Drahthaar figurine. 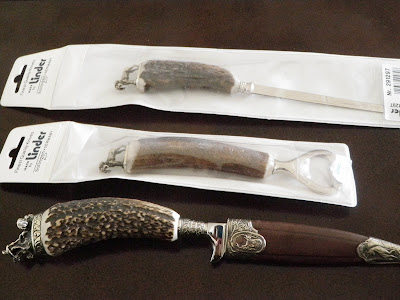 These Bavarian style knives have no belt sheath as they are intended to be carried in the specifically designed side knife pocket of German hunting pants or lederhosens. 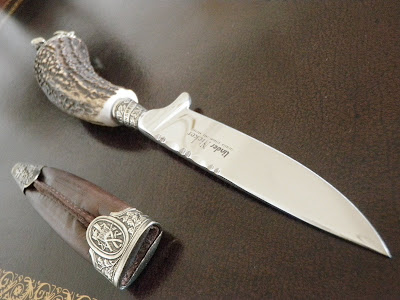 I upgraded to the Forester sheath with has stags stamped on the German silver fittings. 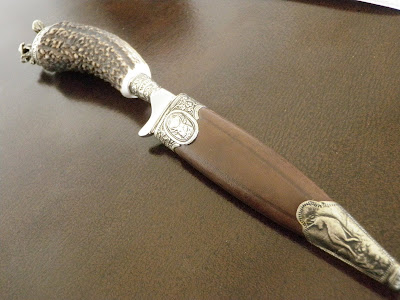 Here are the close ups of the sheaths: 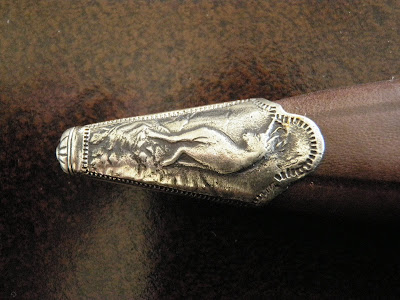 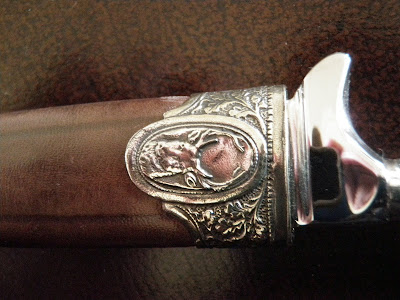 I chose the Wild Boar head model. Ever since I'd seen one in a Frankonia catalog back in the early nineties, I've always wanted this knife. The handle is genuine stag. Its funny when I was younger I never liked stag handles but now I really like them now. I actually prefer them now over wood. 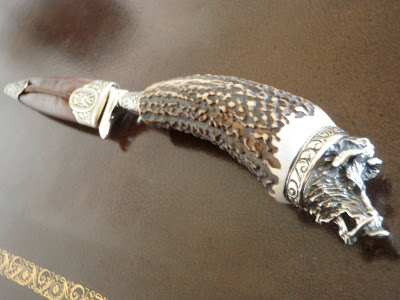 The boar head is pretty detailed. 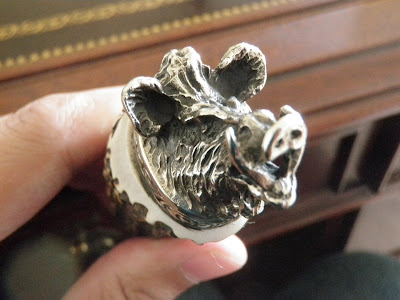 I also chose the "decorated" blade similiar to my Laguiole knife. 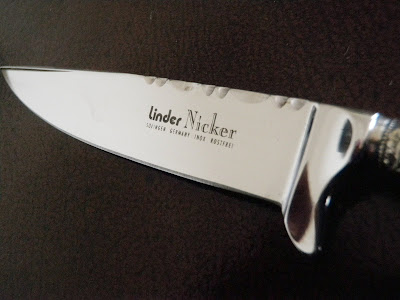 As a Drahthaar owner and lover, I purchased some of their Drahthaar figured items as well. I chose the cap lifter and letter opener. Both have genuine stag handles. You can tell by the picture below, the handle on the cap lifter is much smoother and less textured like the letter opener and my knife. 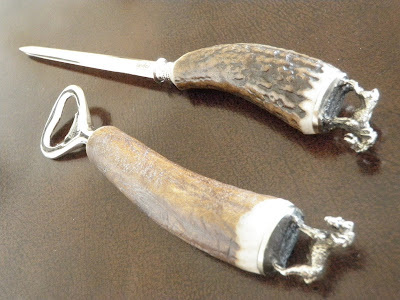 Unlike in Germany where the Drahthaar can be considered the national dog, here in the States, the Drahthaar is not a very popular breed. As such finding Drahthaar themed items is very difficult. So once I found out Linder had a few items I decided to snatch them up. 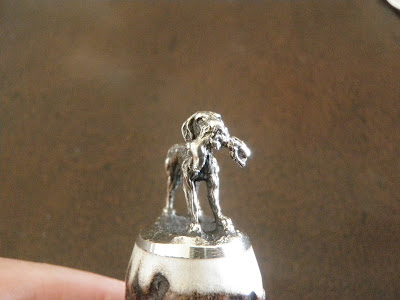 The figure deplicts a drahthaar proudly holding a hare in its mouth. 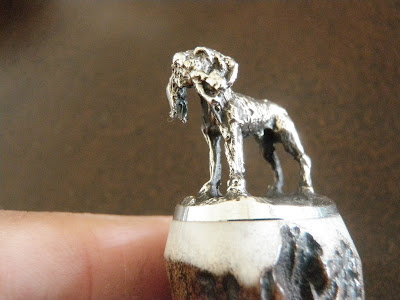 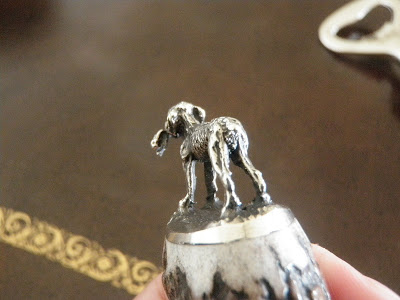 It was a long wait for some items that are difficult if not nearly impossible to obtain here in the states but they have finally made it home.
Posted by gourmetsportsman at 3:31 PM