After yesterday's sorry showing, I had high hopes for today.  Anything would have been better.  Unlike yesterday where I was just winging it, I actually had a game plan today. First, I'd check a lake that Bob had told me that the ducks hung out at the outer edges of the lake and while you can't see them in through the binos, they'd likely be hiding in the tules.  Next I's hit up one of my favorite parts of the river.  Then to my old stand by in case I couldn't get any birds.
I arrived at the lake and I glassed all I could while in the Rover.  I saw a single bird on the eastern shore so he made our way there and tried to jump the bird.  We couldn't quite find him so I glassed the far end and saw a flock of 20 canvasbacks.  I'd never seen canvasbacks in numbers, I've only seen them in singles or a pairs.  I drove to the other end and tried to make a stalk but the tules were simply too high and thick.  I tried to find an opening so I could peak out and check for the birds but I could not find anywhere to penetrate this tule fortress. 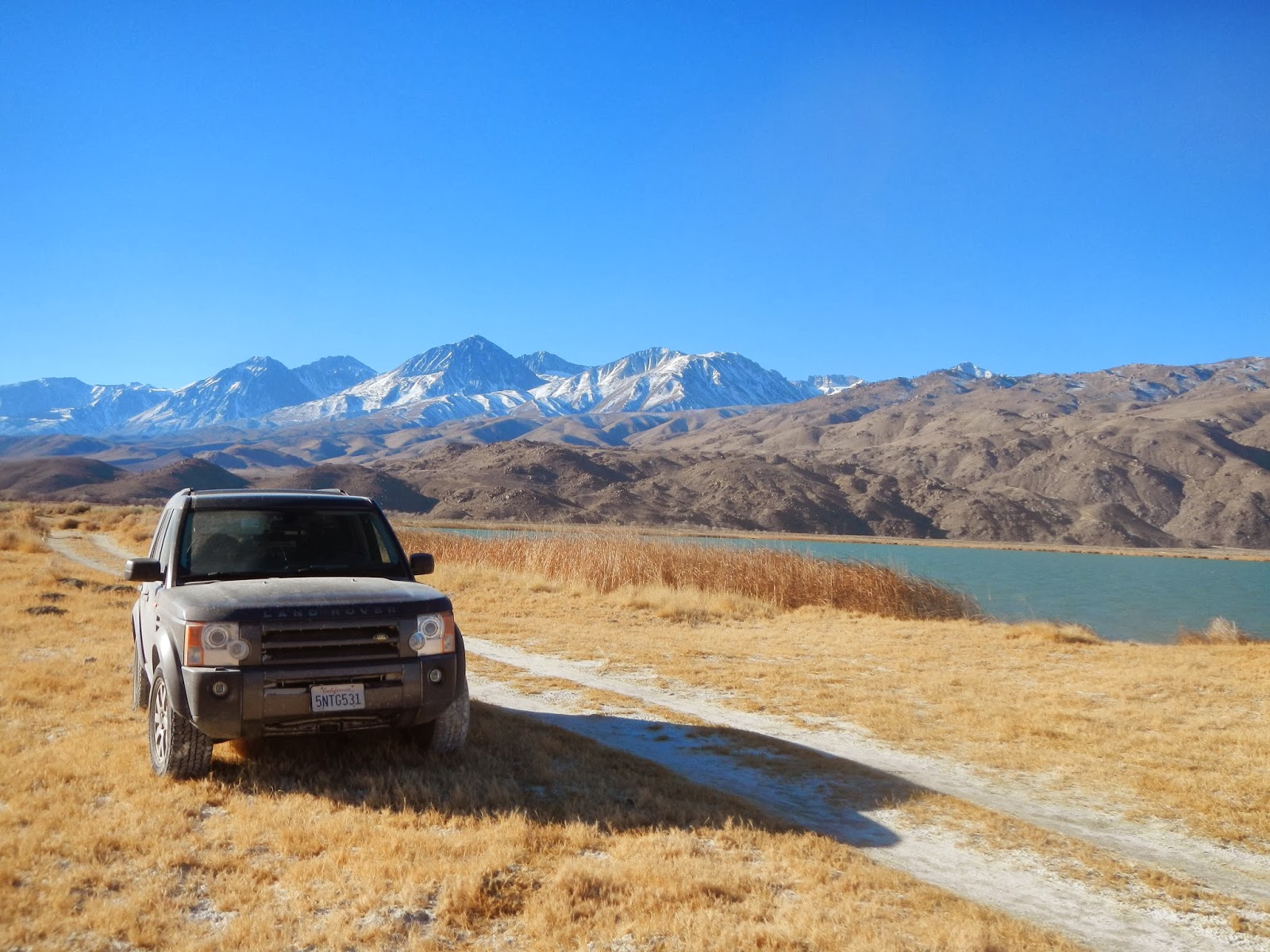 It was hopeless as even if I climbed through the tules, I would have spooked the birds long before I made it through and had a clear shot.  We got out of there and I made it to one of my favorite places to jump shoot ducks.
Disappointed that I wasn't going to take, or at least try and take, my first canvasback, We were finally finding some ducks with regularity.  It was a good mix of divers and puddle ducks.  I did take my first goldeneye.  Later I would miss an easy shot at a mallard pair.  I captured my crappy shooting on the headcam.  And as I watch it here in my motel room, I'm so pissed at myself.  Such an easy shot and I can't believe I missed so bad.  I simply got overzealous and failed to keep my cool and blew it.  The first shot was behind him as I could see the water splash and I overcompensated for the second which I believe I was ahead of him.

I missed more birds than I care to admit.  The old man managed to shoot a couple and we lost one of his birds as we were separated and by the time I got to him with Kaiser the bird likely dove and was hanging on for dear life.  We made it to one of my go-to spots and I flushed a mallard pair.  Taking my first shot at the greenhead, I missed.  Thinking I made the hit I switched to the hen and took her down with my tungsten matrix number 3 shell.
Afterwards we tried our luck at some pass shooting but no birds came within range.  It was time for dinner, the best of this trip.  Despite it's good food the restaurant was empty and we were the only patrons at least while we were eating.
Tomorrow is our last day and hopefully it's a good one.
Posted by gourmetsportsman at 10:05 PM