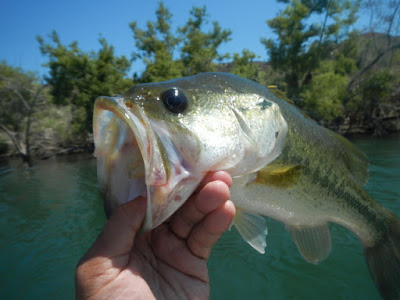 I've waited months to finally board Ed's boat.   We took it out to Irvine Lake in the hopes of slaying some bass.  The last time he and his son came during the spring, they slayed them.  His son even managed a 4 pounder.  Although young Kyle did not get any fish today at least he was able to see a bald eagle flying overhead.  We didn't start fishing until about nine.  Ed and his son fished gear as it was easier for three people to fish but moreover it was more convenient since his son needed a lot of help.  The lake was calm and the water clear.  Surprising given all the recent heat.  The morning was filled with missed opportunities.   Strikes were delicate and once you detected something amiss it was too late to set the hook.  I started with the ubiquitous purple crystal bugger but with no success I swapped it for a ASS fly.  As the sun began to cook us, we drifted along a treeline and I finally was able to hook up on a 1.5 pound bass.  This would prove to be the only fish for the day.  Throughout the day I switched from my T&T 5weight to my Sage XP 8 weight.  With the larger rod I tried various large patterns including a new crayfish pattern I've been tying up lately but no fish was willing to be the first one hooked up on that fly.  Unlike my other trip on another buddy's boat, we had no significant issue with the craft.  It nice to be on a proper boat with a trolling motor, fish finder and comfortable seats unlike most rental boats I'm used to fishing out of. 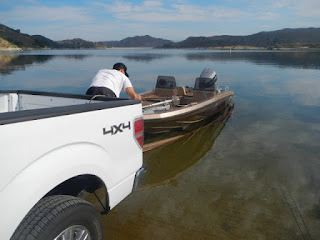 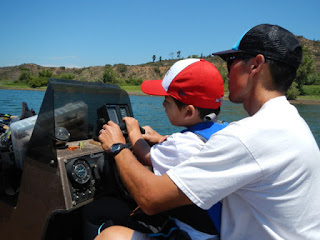 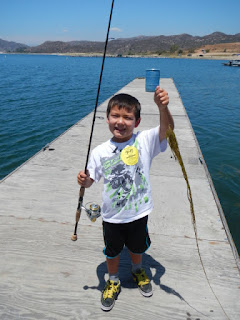 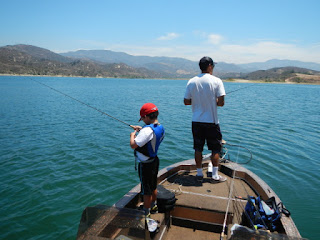 Posted by gourmetsportsman at 2:52 PM