The Postponed Trinity Trip Part One 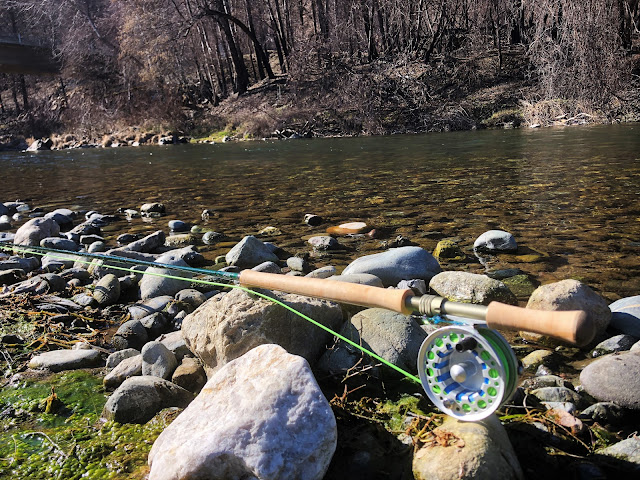 Sunday was a travel day to put as much miles on our way to the Trinity as possible.  There was no agenda and no destination.  Plans was we would decide on the road where to stop for the night as we traveled whether motel or camp somewhere. Along the way on the long ten hour drive north we decided to stop at Red Bluff to camp at Sycamore Grove. 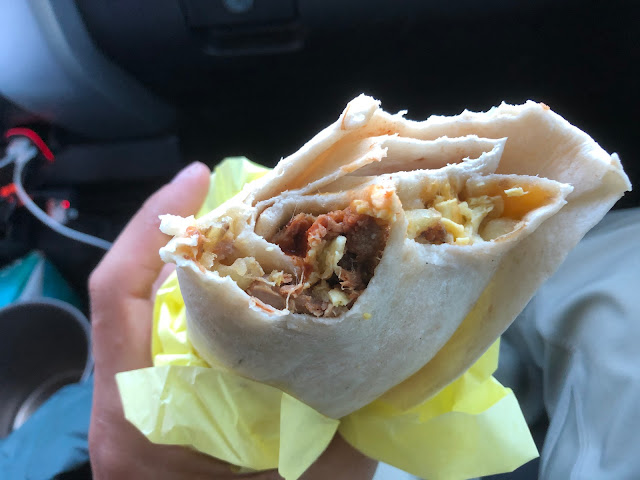 The following morning we would stop at Redding at The Fly Shop for supplies and information.  Rather than make breakfast we'd save clean up time and travel to the shop where we'd  ask for a recommendation for a decent breakfast spot.  They recommended El Delicioso Burrito which is located within a 76 gas station.  We went through the drive thru and ordered the machaca burrito which was excellent.  This was good place for a quick meal. 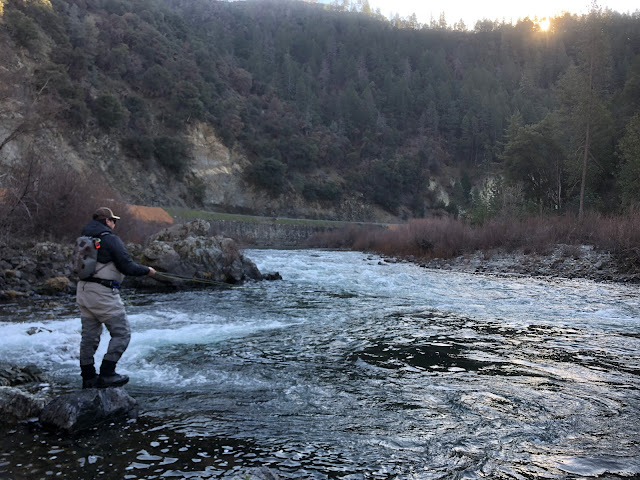 With intel from The Fly Shop we headed out to the Trinity.  This late in the season and without rain for a few weeks we knew this wasn't going to be easy.  To add to the challenge I wanted to fish the swing on my new spey rod.  The first location was one of the few spots on this river for swinging.  I'm rather new to the two handed rod, I only really learned how to cast one in November of 2019 when I picked up a Winston Derek Brown Special 15 foot 10 weight.  Seventeen years ago I had bought a Rio Windcutter set that has sat in my drawer ever since.  I "learned" how to cast with that set up.  During covid lockdowns I bought up an 11 foot 6 weight Winston Boron III TH on sale and thought it be a good smaller river steelhead rod.  Since that November I hadn't practiced my Spey casting at all.  So just before this trip I headed to the casting pond and tried to remember how the hell to use this thing.  Given the situation, I needed to pick up some appropriate line.  Originally I had a 420gr Airflo Rage line but I was told I'd need a skagit line to cast the heavier tips.  So I picked up an Airflo Skagit Scout 450gr and a T8 MOW tip.   I would practice with this set up until we headed out for the trip.  At the first location I struggled to cast properly and I would say only 20% of my casts were "acceptable."  Despite looking a fool I continued to fish with the rod.  I knew my chances of catching a fish were slim but I needed to get the experience.  One fish was bumped but no none were hooked.
After sometime we headed to the next location to swing.  This area was deeper and probably not the most ideal for that purpose but I didn't care and threw my line out anyways.  We tried but without any luck.  After this we headed to the cabin at check in which was a bit of a clusterfuck since there was a miscommunication but no harm no foul.  We finally got our cabin and made dinner. 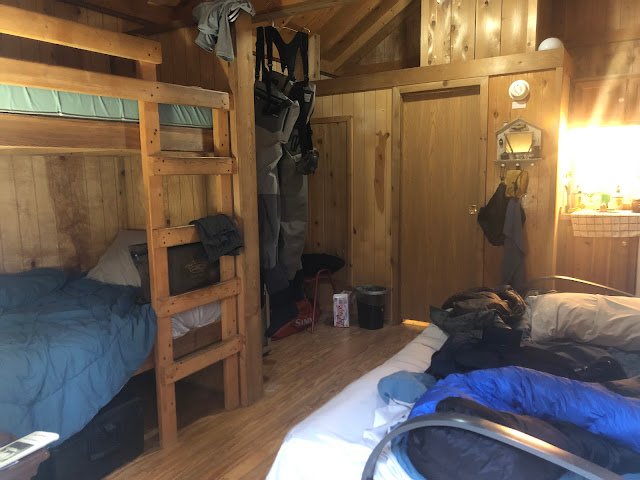 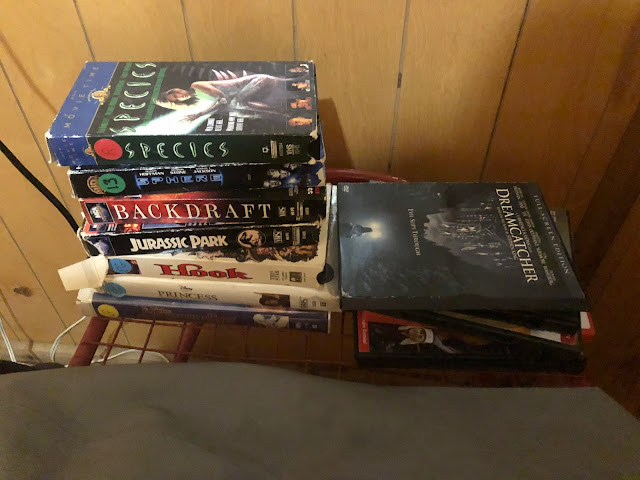 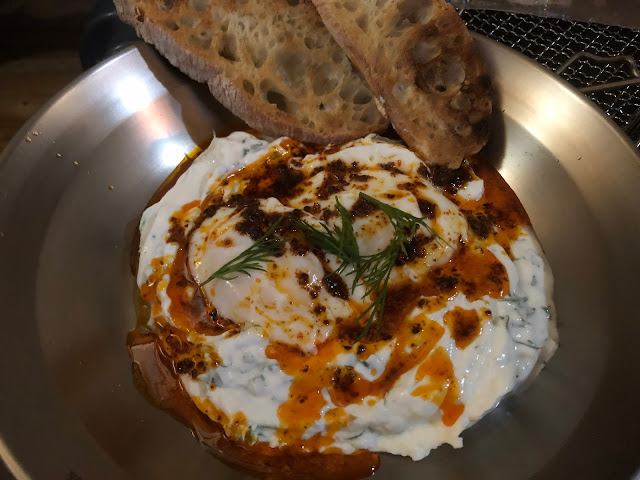 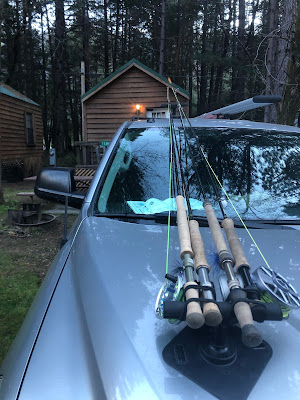 At the shop the employees told us the the river below Junction City was closed to fishing due to the fire clean up.  There were no signs indicating as such nor did any of the "locals" in town knew anything about that. One of them told us a fishing spot where his buddy caught 18 not long ago.  It was a spot that Sandy at The Fly Shop told us about.  It would be one of our first destinations.We'd nymph this area and get a bump but again no hook up.  For the next few days we'd fish various locations with both single and double hand rods but bumps would be all we could manage.   This trip was originally concocted in December but we couldn't manage it because of the foul weather had closed the roads to the Trinity.  So we planned it a couple weeks later in mid January but my fishing buddy caught covid (for the second time).  Despite feeling fine we choose postpone because I didn't want to catch it from him from sharing a long road trip and a small cabin.  When we spoke to our neighbor at the campgrounds, who is one the construction crew working the roads, he told us that we should have been here three weeks ago.  Precisely the time we originally had planned.  Typical. 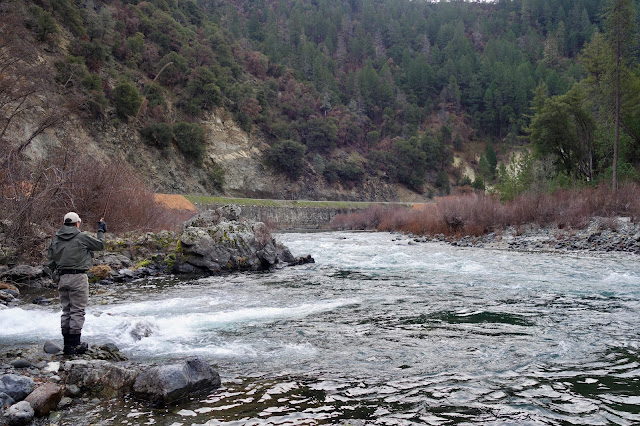 The Trinity really needs to be floated just to cover water.  Fishing by shore is a pain and requires a lot of time in the truck moving from spot to spot.  This is made worse by having to wait for the pilot car to escort you through the clean up areas.  It really makes for a frustrating experience.  I don't care for this type for fishing and prefer to be on the water to get a fully immersive experience.  On the last full day we'd take a break from the hard fishing and head over to Willow Creek because Chul wanted to check out the Bigfoot Museum.  What should have taken 30 minutes resulted in a two hour drive.  We were on a tight timeline as it closes at 4pm.  We arrived in town just after 4 to a closed museum.  I'd later learn that they weren't open anyways for the winter unless you make an appointment which we didn't.  So it didn't matter. 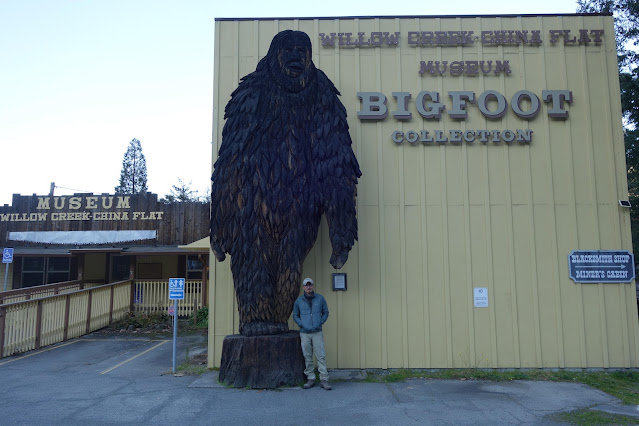 Before leaving for the trip I miscalculated how many meals I needed to bring and was a dinner short which meant we needed to find a restaurant or market.  So we needed to head into a town anyways.  We had dinner at Gonzales.  The carnitas chimichanga was excellent. 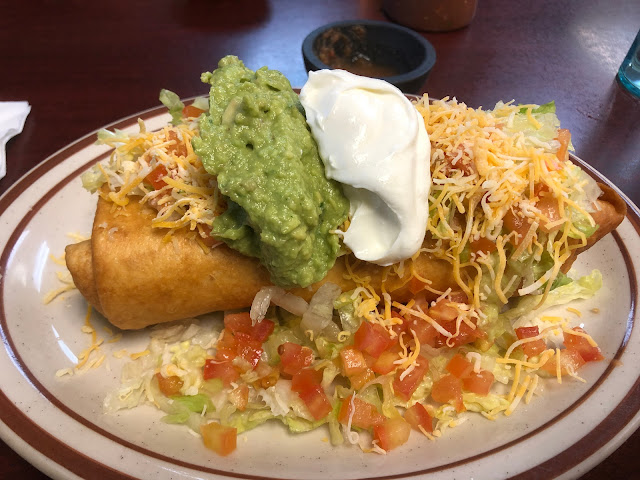 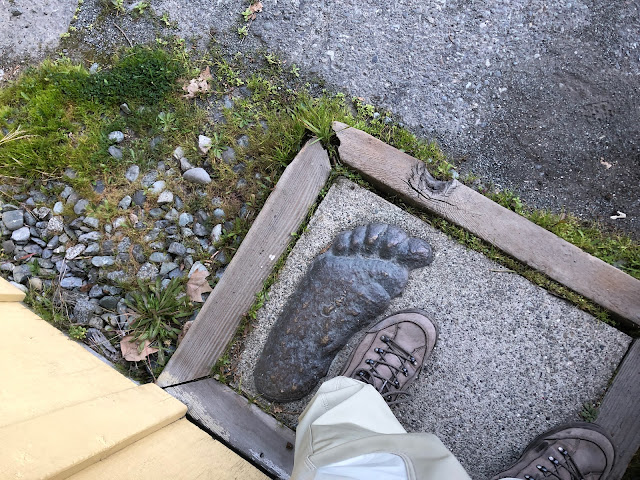 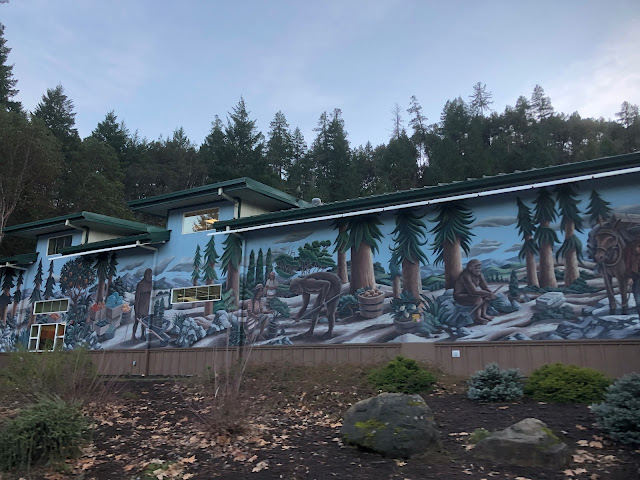 On Thursday we'd fish in the morning until lunch before we would head east to Reno to fish Pyramid Lake for a couple days.  We'd hit spots that we had bumps and some new spots to nymph and to swing. 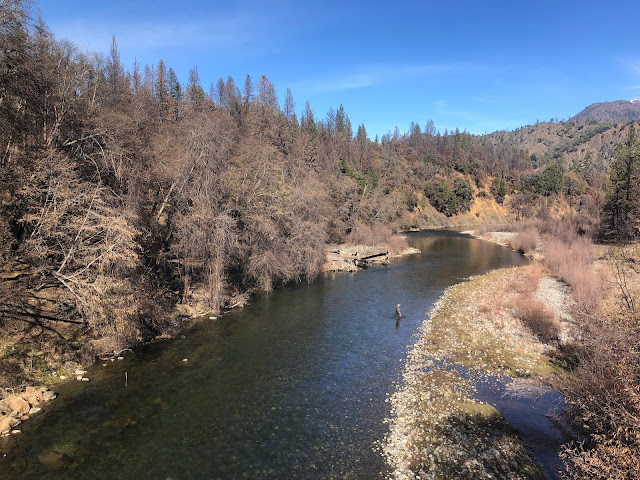 We quit around lunch and we headed to Trinity County Brewing Co for burgers and beer.  The burger was excellent but according to Chul the beers were not.  He ended up pouring out the first beer order after a sip and didn't even bother finishing the second. 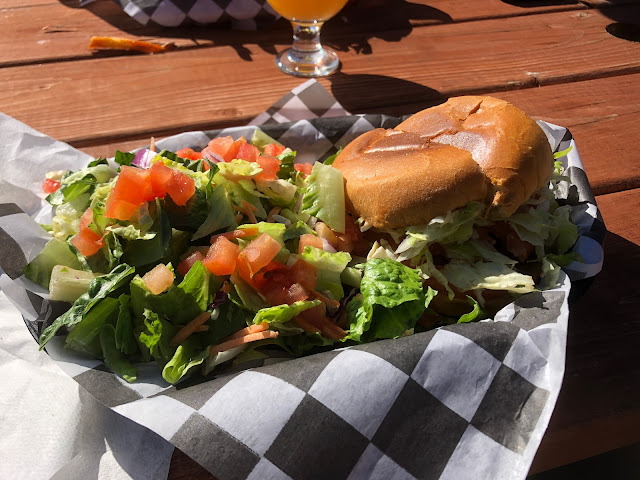 After lunch we headed back to Redding and toward Reno where we'd stay for a the next two nights.  Drive was nice with views of Mount Shasta and Lassen along the way.

We'd reach the Sparks in about five hours and after checking in at the Western Village we needed to resupply for the next couple days' lunches.  We'd hit Sawasdee Thai Restaurant as it was next door to the market.  Dinner consisted of chicken green curry and spicy roasted duck with fried basil.  Both were excellent.  I ordered them spicy level 4 out of 5 which was hardly spicy. 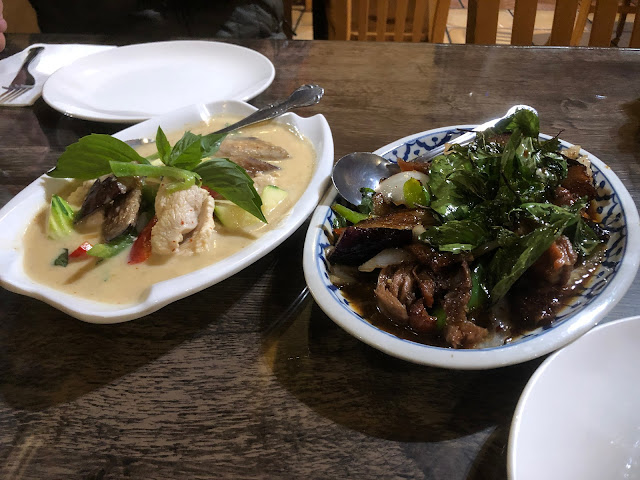 To Be Continued. Part Two: Pyramid Lake.
Posted by gourmetsportsman at 9:55 PM