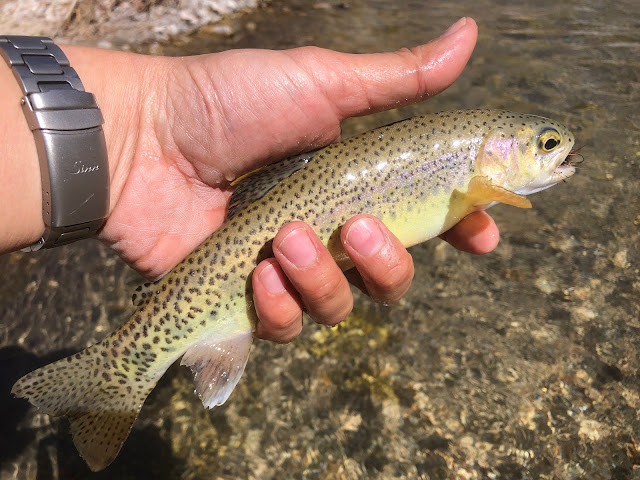 Steve invited me to check out a section of a local river I've never fished.  Some 20 years ago I tried fishing this section with my buddy Joel when we camped this area.  From what I remembered it was a dense impenetrable mess of willows and we gave up on it and fished the nearby creek we intended to fish.  After speaking with Steve there is better access further down.  The plan was for Steve to pick me up at 6am and we'd make our way to the mountain in his Tacoma.  In the morning I woke up at 4am for no reason and couldn't fall back asleep.  That meant I had about three hours of rest. 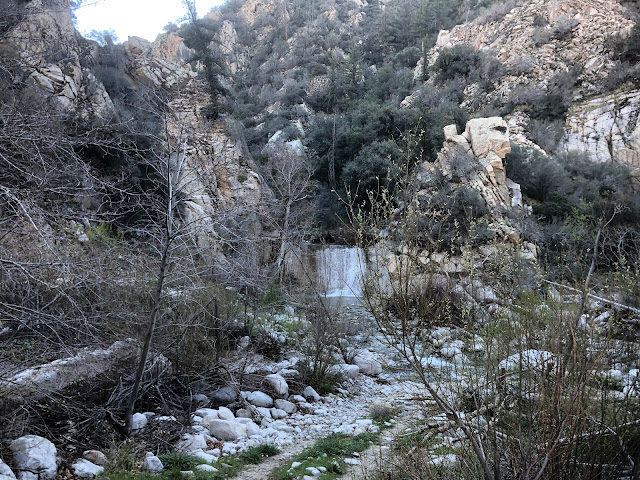 After picking up breakfast and sandwiches at the local bakery we we off.  We'd make it on the water at about 9am.  We'd only see one truck parked on the water.  No clue if he was fishing or camping.  Didn't see him on the river.  Since we were parked upstream of the section we wanted to fish we planned to hike down as far was we could and fish our way back up.  There is no trail and the beginning quarter mile is some annoying bushwhacking.  We'd needle our way through the vegetation and entered the more open section but would have to contend with boulders now. 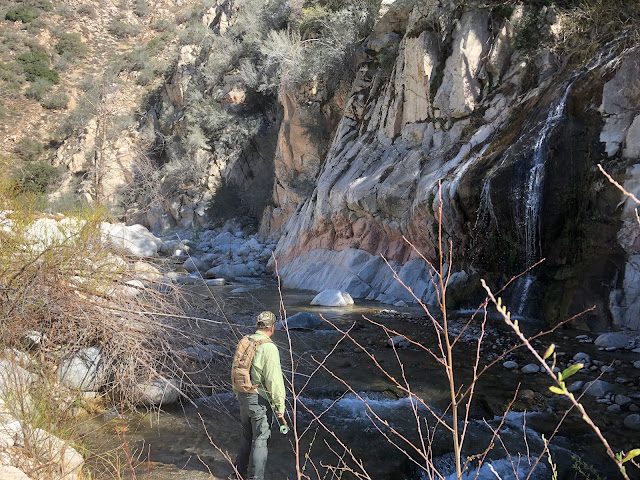 When I finally got a clear view of the water I was a bit concerned as it was really sandy.  I asked Steve if it this sandy the last time he was here four years ago.  He couldn't recall.  Sandy bottoms aren't good.  I'd later learn from Luc that a flashflood ripped through this place about 8 years ago and the sand remains to this date.  Sandy bottoms cause problems.  One the sand irritates the gills of the trout so they'd try to avoid it.  Also it plugs up all the hiding spots behind rocks and boulders for the trout.  I also would think it would affect the hydraulics too as there are no rocks to slow down the water. 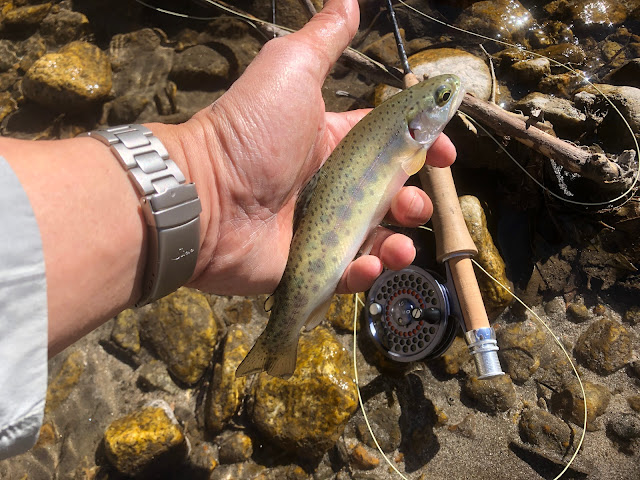 So I looked for any spots with a rocky or gravelly bottom and fished those heavily.  I'd only throw a few probing casts into the sandy bottoms.  We fished six hours and we really worked hard.  I managed four or five to hand, lost another at my feet and missed another.  So I averaged only one fish per hour and most of those catches were towards the end of the day.  While I fished a dry most of the day several of my takes were when the fly sunk a few inches below the water.  I'm vehemently opposed to using nymphs for our local waters but I swallowed my pride late in the day and added a sunken ant dropper after catching another trout with a sunken dry.  Of the fish landed only one came from the dropper fly.  Steve took the skunk despite trying his best. He even got ugly and fished a prince nymph for a portion of the day. 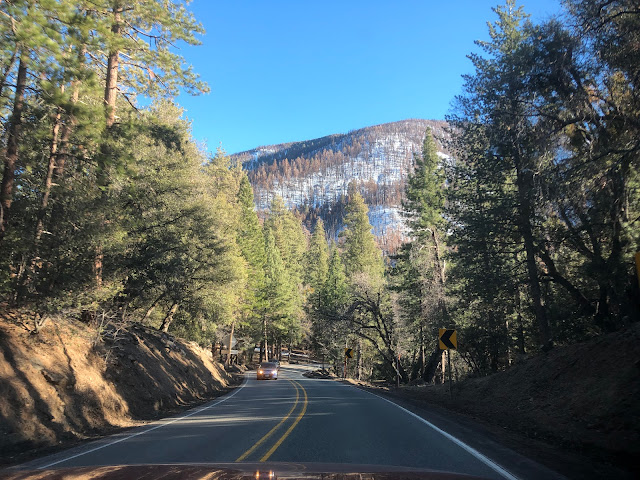 Upon arrival I debated whether to wear my waders.  It was starting to warm but having not fished this area I wasn't to sure what I should expect.  I looked at the water near the parking lot and it was very canopied.  I expected the river to look like that the entire way.  If that were the case we'd be in the water the whole time.  So I chose to wear my waders pants style without the shoulder straps.  Steve decided to wet wade.  It was the smarter choice.  The day's forecast was 50F degrees.  In the mountains that's either hot or cold depending on the sun.  It's hard to tell.  Where we were parked the canyon walls was creating shadows so I thought it would be cold most of the morning.  Having never seen the area I was completely wrong.  The canyon opened up and the sun beat down on us all day.  It was a wet wading day for sure.  Water temps were 45F when I gauged it at lunch.  The area is nice but I won't be returning anytime soon.  That sand needs to be blown out before I return to this section.

Posted by gourmetsportsman at 12:46 PM